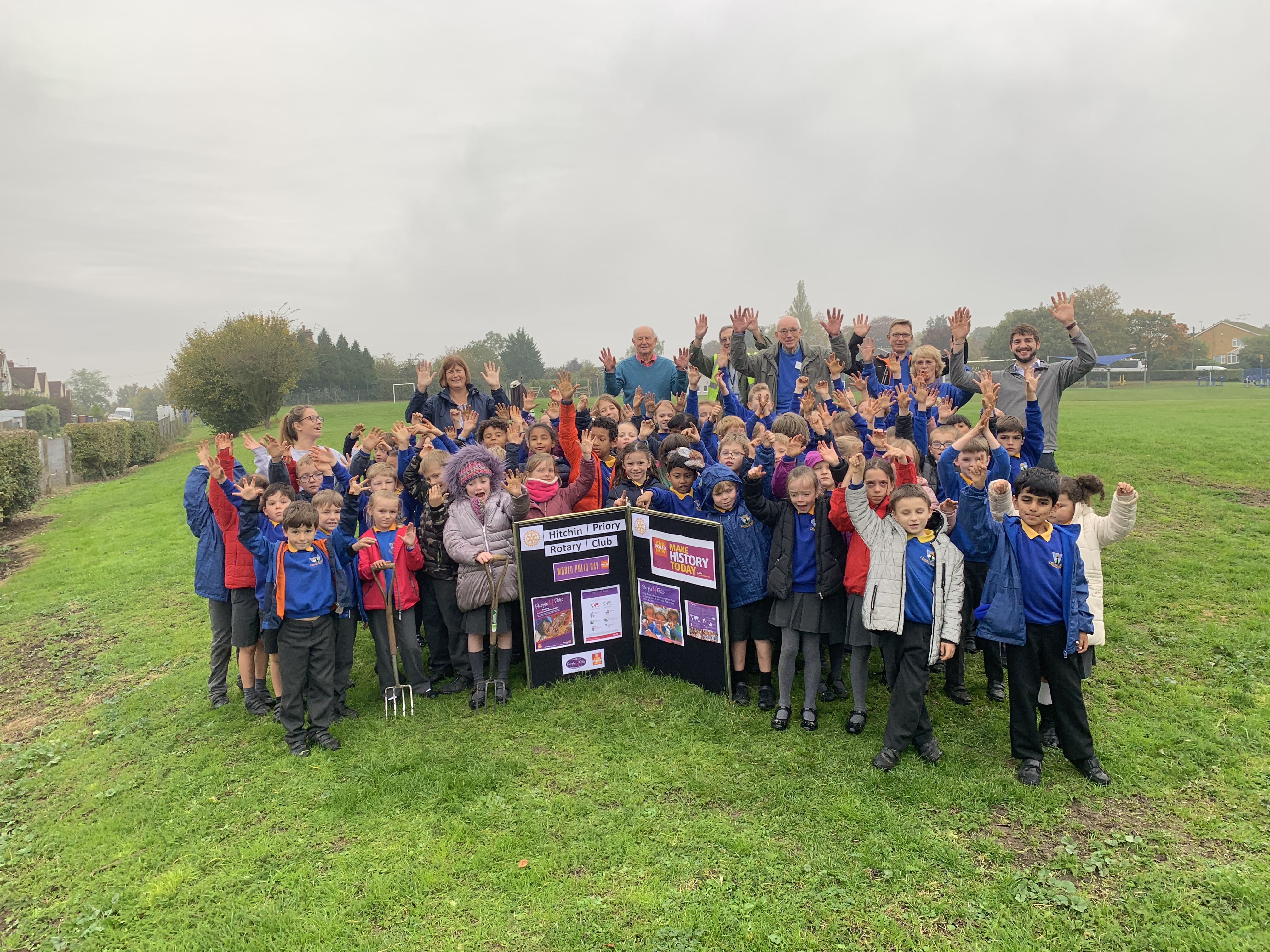 We’ve made it! Eight-week half terms are always tough and the staff and pupils are certainly ready to down tools and have a few days of rest and relaxation. That being said, in the last five days we have kept as busy as normal and achieved a great deal.

On Monday, we welcomed back William Grill to school. William is an author / illustrator who is responsible for one of the books our Year 6 pupils study at the start of the year, Shackleton’s Journey. He began the day by talking with all our pupils about his work, linking it with a theme of personal journeys. He highlighted the effort needed to get to a finished product or a satisfactory conclusion by showing just how many sketches and redrafts it takes to produce his books. He suggested that the final printed book only represents 3% of the sketches and drafts needed to be produced along the way. Interested by this thought as it ties in nicely with our Core Purpose of Profound Individual Growth, we have posed this question to our pupils, ‘Illustrator, William Grill, suggests his finished books only represent 3% of all his hard work. Is this true for everything we do?’ I wonder how you would answer this question.

After the assembly, the two Year 6 classes were treated to an illustration workshop where they had the fantastic opportunity to look through some of William Grill’s personal sketchbooks before learning some of the methods he adopts. William has the ability to get even the most reluctant artist to be creative and imaginative (and that included me when I first met him). The results were impressive across the board but Livia (Year 6) clearly impressed as she was presented with her very own, signed sketchbook as a prize at the end of the day.

Also on Monday, Aztec Class headed out (in the rain) on their local history walk with Cas from Hitchin Museum. As I always say, there is no such thing as bad weather, just bad clothing, and so with a couple of borrowed coats, the pupils had a great time… even if they did have to walk very quickly! Mayan Class were far more fortunate with the conditions when they went out for their walk on Wednesday.

Thank you to all who attended the two parent consultation evenings this week. I hope you found them beneficial. I have spoken with most of the teachers now to see how they found them and to collate any key feedback which is always very enlightening. I hope you found the opportunity to talk with your child’s teacher informative and productive.

On Wednesday morning, I helped Aztec Class out by taking a group of Year 3s during their maths lesson. We were looking at number bonds and I had a great time. As well as making some progress with the maths, we also highlighted the talent we have in Year 3 by counting in five different languages. Armarni counted in French, Kamila in Polish, Catalaya in Spanish, Jamie kept us on track in English and I used my ‘O’ level language skills and spoke German. Even Mrs Draper came out from Year 6 and added some Italian for us. This really highlighted the quote my predecessor used to use which is, ‘It’s not how talented is my child, but how is my child talented?’

On Thursday morning, just before the heavens opened, our two Year 3 classes were joined by four members of Hitchin Priory Rotary Club to plant 3000 crocus bulbs as part of the Purple 4 Polio campaign. The Year 3s are amazing and worked so well together planting 50 bulbs each. They followed an adult who was making holes with a fork around the marked area and promptly poked a bulb in each one. If everything works out, we should have an amazing display in the spring which will be visible as your drive into Hitchin along the Stevenage Road. The Year 3s must now remember not to dig up that area of the field during the Big Dig next summer!

The netball match was cancelled on Thursday after school due to the rain but the football team took part in a Wix Cup match in Baldock. Despite being 2-0 up after 3 minutes, they were unable to hang on and lost 3-2. When Miss Gooderham got back to school after the match she gave me a brief report and singled out George (Year 6) who played particularly well in midfield.

Achievers’ Assembly on Friday morning was a special celebration this week. Local poet, John Gohorry, was in school to present the prizes to the winners of this year’s poetry competition. He read some of his poems to the pupils as well as reading the winning entries to the school. Well done to everyone who submitted a poem on the theme of truth. I can promise you that he read every single one as he had the very difficult job of picking the winners. The four winners were Sarah (Year 3), Thomas C (Year 4), Helena (Year 5) and Niamh (Year 6). As well as this celebration, we also had music from Dillon and Monty and presented Earth with the House Cup. This week’s Class of the Week was Orville Class.

I had one other visitor this week who I had coffee with and showed around the school and that was Mrs Bradshaw. Mrs Bradshaw was Headteacher of Whitehill prior to me taking over in 2013 and it was lovely to welcome her back to see the contents of the time capsule we opened as part of the 50th anniversary celebrations. As well as chatting about the past, I showed her the present as we had a tour of some of the classes. I am sure she was impressed with our current cohorts.

After our week off, I come back to a week of meetings.

On Tuesday evening, I will be travelling down to Haywards Heath for a meeting at the NAHT’s head office which continues all day Wednesday. After school on Wednesday, weather permitting, our netball teams have home matches against Highover School.

On Thursday, Lamarr Class will start their swimming lessons as part of their PE curriculum and so fingers crossed they remember their costumes. At the same time, there is a local basketball competition which we have a team competing in.

That evening, the Friends’ Association are hosting their school discos. The Lower School disco starts at 6.15pm, with the Upper School one starting at 7.45pm.

On Friday, I am off site again with my leadership team as we hold our first strategic planning day of the school year.

So that’s it for the half term. Thank you for all your support in these first eight weeks. Don’t forget the clocks go back on Saturday night. A week off and an extra hour in bed on Saturday. What a result!

Have a great week and I will see you all on Monday 4th November.

Phase in for Year 6