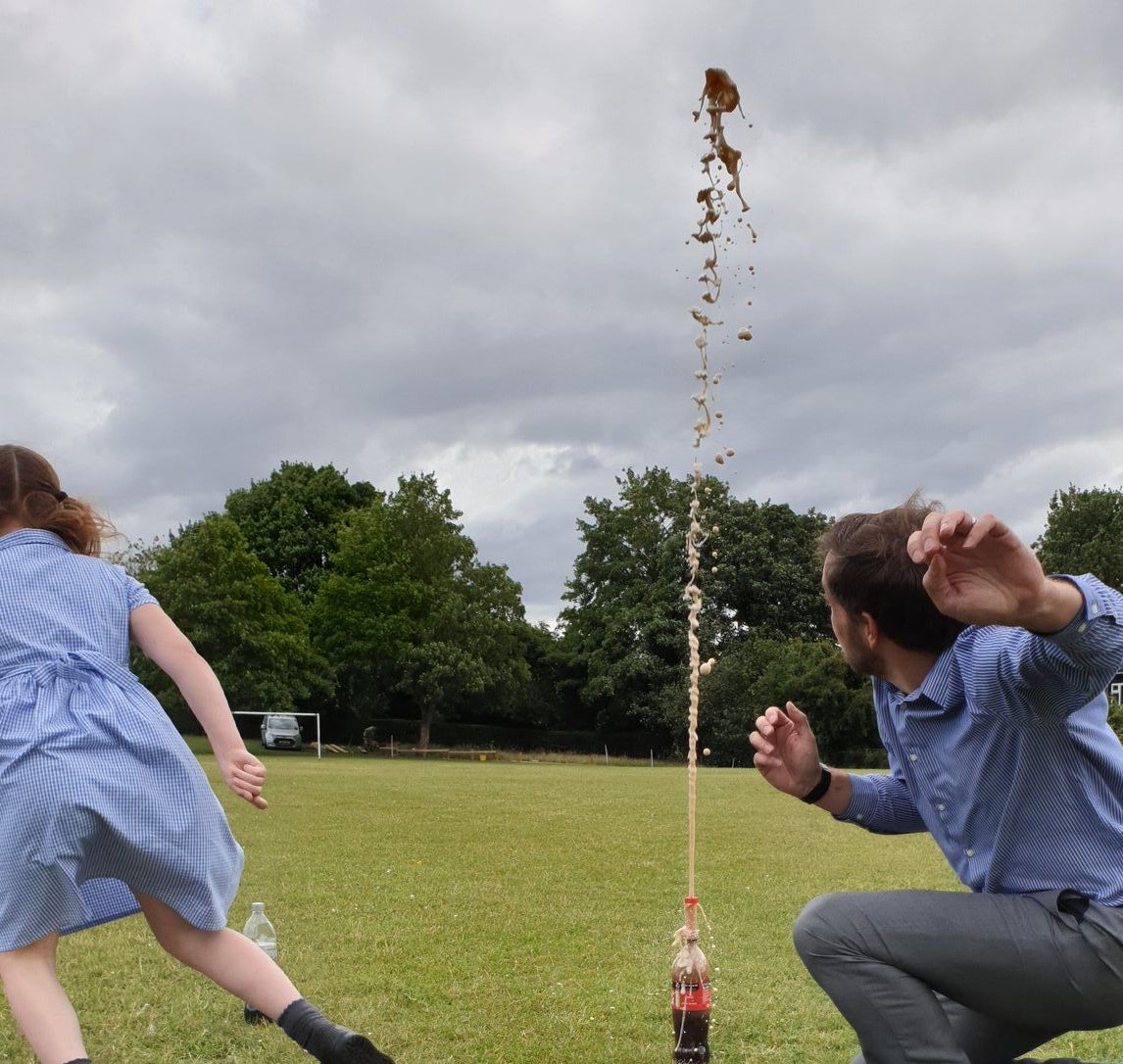 This week we welcomed back our final two classes (split into their two groups of 15) to spend their two days in school. Apollo (Year 5) and Orville (Year 4) had their first two days on Monday and Tuesday and then their second groups attended on Thursday and Friday. It has been a logistical challenge but, as I have mentioned often in other communication, it’s been made easier by such a supportive staff team. All have been happy to adapt their practice to ensure the pupils enjoyed their visits and also got to meet their new class teaching teams. This has all been done whilst facilitating home learning; increasing the amount of online form time and looking after the now infamous Pod 5 pupils.

I am so glad with all we have achieved and it did mean that pupils in Years 3, 4 and 5 got to have an ‘end of term’ that was slightly closer to the original term date set than March 20th, the day we thought might have been the last day pupils came into school. I wrote to parents of pupils in these year groups yesterday and will continue to communicate throughout the summer break, outlining and updating plans for the return in September. At the moment, we are planning for all pupils to be in and fingers crossed, this will not change. Our determination and flexible approach should be able to make this work.

In Orville Class this week, pupils did some artwork and some science. Practical work looking at solids, liquids and gases needed plenty of space as you might have seen on twitter. The pupils in Apollo were able to share some of their home learning work in the form of Olympic presentations. I have had the pleasure of seeing some great presentations from the Year 5s.

The one thing left for these three year groups is to join me and the pupils still in school for our final assembly taking place next Friday. I have sent out a link to all pupils (via their Gmail addresses) so that they can join me at 11.00am to celebrate the end of the school year and present a few final awards. Class teachers, during their form times next week, will remind them. It will be lovely to have as many join as possible. Our Year 6 pupils will be joining from their pod bases and my live audience in the hall will be Pod 5.

The main awards to be presented are to our Core Purpose Champions. Medals and certificates will be presented to around 14 pupils who have been nominated by staff and then from this group, one pupil will be awarded the overall ‘prize’. It is likely that there will be nominees amongst pupils who are not in school. These pupils are welcome to pop up to school after the assembly until 1.30pm to collect their awards, if they would like to. If not, I will look after them until we return in September. One of the other awards up for grabs is the Class of the Year shield. I have counted back to September, and as much as I would like to present it to ‘#TeamHawke’ or the ‘Clarke School for Boys’, it looks like it will go to one of the in-school classes.

On Thursday, it should have been transition day. Our Year 6s are heading off to five different secondary schools in September and in the absence of being able to visit, the pupils had a chance to work through a series of online and paper transition activities provided for them by the secondary schools themselves. With my links with Hitchin Girls’ School, I was able to take a close look at their resources and I was impressed with what they had produced. I have no doubt the pupils will be as prepared as they can be given the circumstances and when they embark upon the next phase of their education, they will soon get to grips with life ‘in big school’!

Over the course of the week, our regular builder has been on site and he has constructed a ‘fence cross bench’ for the science nature/meadow area at the bottom of the school field. It looks really good and will allow lessons to be held down there. Not only this, but it is another seating area on the field which will have shade at certain times of the day.

Thank you again for the much appreciated food parcels which have been sent in. Some lovely cakes and biscuits this week and earlier today, we took delivery of some ‘fresh from the oven’ sausage rolls. I was slow out of the blocks and nearly missed them but managed to sneak out of my meeting to hide one for later in the day!

So with 5 days to go, what have we got planned?

We really don’t want the Year 6s to leave with a whimper and want them to enjoy their last few days. The staff have been looking at what traditional activities we can still do. There are plans to have sports day on Tuesday and in a bid to maintain the competitive nature of the event, the Year 6s will be competing for the House shield. Unfortunately, we will not be able to have any parents on site to watch this year but we will take lots of photographs and try and keep you updated through twitter.

We will also be finding a way of allowing the shirt signing tradition to take place. This and other plans will be shared with the pupils by their teachers over the coming days.

There is also something being planned for pupils in Year 3, 4 and 5 to have a go at, at home. It looks great fun and so make sure you keep a look out on the Google Classroom pages.

That’s it for this week; I can hear my dad celebrating from here! A short blog on his birthday! Not only that, after next Friday, he gets six weeks off from reading about the events which take place each week at our wonderful school. He might appear to be grumpy, but in reality, he is… Actually, I could remove the ellipses and just end with, ‘he is.’ Happy birthday, dad!