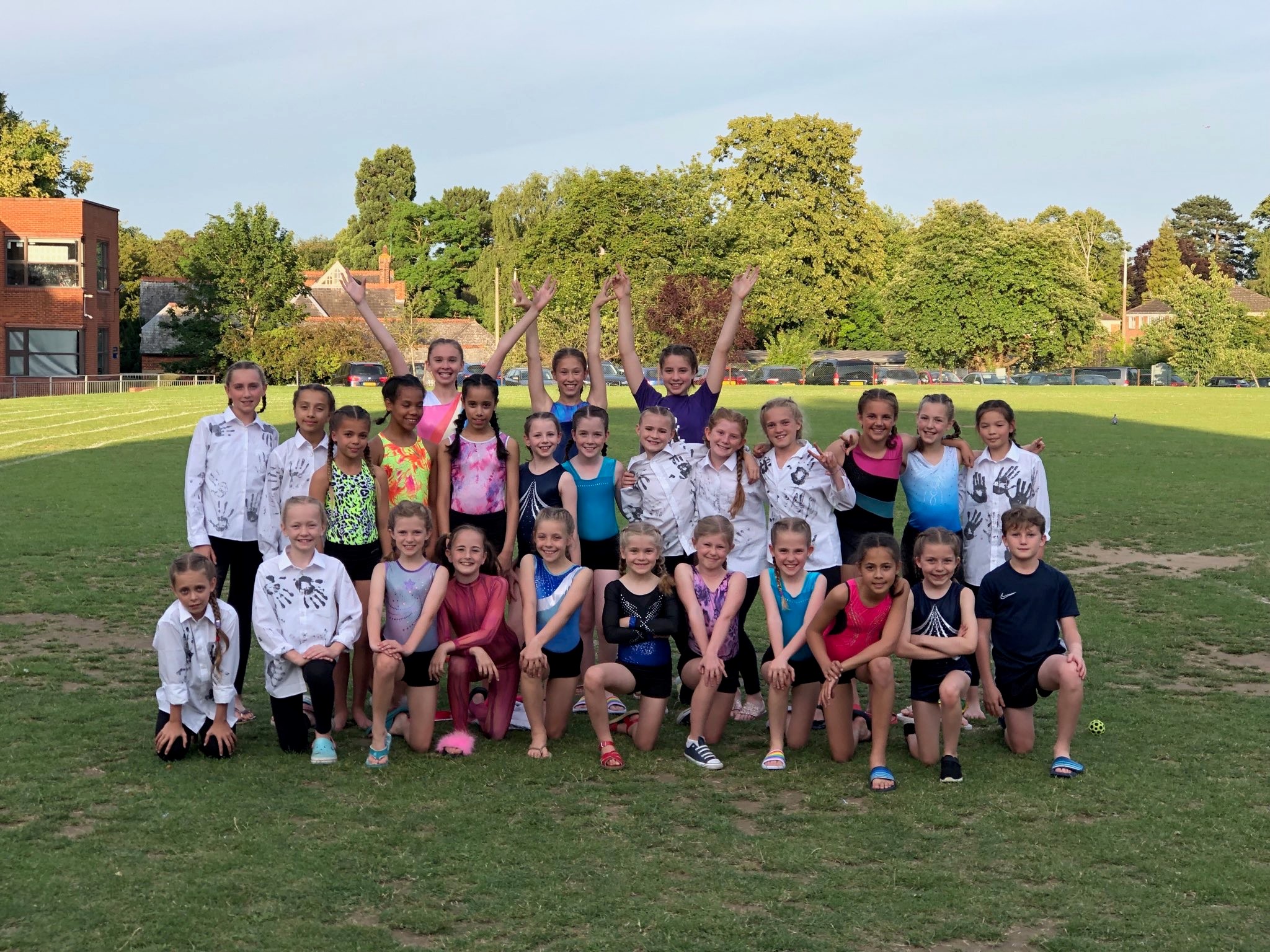 The only place to start this week’s blog is with a mention of last Saturday’s 50th Anniversary Ball. Despite it being the hottest day of the year to date, all of Mrs Cook’s hard work in getting the ball ready and then decorating the marquee paid off and it was a fantastic evening. A huge thank you to everyone who came along to join with us to celebrate the start of our 50th Anniversary. All the feedback we have received has stated how much you enjoyed the evening; how much you liked the Sam Lewis Band and how amazed you were with the prestidigitation of Lee Smith. How did that pack of cards turn into a Perspex block?! I would also like to thank Katy Flint for all of her work in capturing the evening with her camera. She has kindly sorted the photos she took, removed the incriminating ones, and you are now free to view and download any you wish via the following link:

The ball is not the only way we will celebrate this year. The official opening was on 15th October 1969 and we are already thinking what we could do to commemorate this day with the pupils. We will put our heads together and come up with a plan at the start of the new academic year. One thing we will be doing is digging up our time capsule. To mark the turn of the millennium, the school buried a time capsule in one of our gardens and it was the intention it would be dug up in 2019. I have the location and the instructions and will get pupils involved on or around 15th October. I do have a list of what the capsule contains but I won’t spoil it at this stage. What I will say, however, is that there are a couple of names mentioned on the photos who are now parents of pupils in school. We may be in touch to get you to help us. This was also the time when a certain talented footballer by the name of Jack Wilshere was at Whitehill but I don’t think we will be able to get him to return. We have also discussed the possibility of filling a new capsule with a ‘dig up’ date of 2044 to commemorate 75 years of Whitehill (not that I plan to be around then). I will keep you all informed.

Back in school this week and you can tell we are heading towards the end of the year. There is so much to try and fit in and the weeks seem to get shorter. We started Monday with our current team of House Captains and Ambassadors leading an assembly for the final time of the year. They spent time reflecting on what had been particularly successful this year. Well done to this year’s teams and thank you for all your hard work.

Our Year 5 pupils and staff have had a particularly busy and successful week filled with poetry. On Monday afternoon, we welcomed the parents of our Year 5s into school to watch them perform poetry linked to the CLiPPA Shadowing Scheme. All of the pupils have worked really hard on this project and the feedback from the CLPE judging team was highly complimentary. I would also like to congratulate and thank Mrs Small and Mrs Cornell for all their hard work in encouraging the pupils with this project. A project which culminated in a trip to the National Theatre on Wednesday to see Poppy and Imogen, our national winners, perform ‘Aleppo Cat’, one of Philip Gross’s shortlisted poems during the awards. They really were amazing and I was so proud to see them on the stage. Our twitter feed went mad after Poppy and Imogen performed with one of the nicest comments coming from the poet himself who wrote:

‘Thank you so much, Imogen and Poppy. You gave my poem back to me (and everyone) with value added – as if I was hearing it for the first time. Good for you.’

Performance has been the theme of the week and on Monday evening, Miss McGurk took a young choir to St Mary’s Church to perform as part of the school’s concert within this year’s Hitchin Festival. They sang beautifully on their own and then joined with three other schools to sing four songs as a mass choir. Well done to all who sang and thank you to the parents for all your support.

For a few of these choir members, this was the first of four nights of performing. On Tuesday, Wednesday and Thursday, our County Dance Group and our Advanced Gymnasts performed in the Hitchin Girls’ School Gym and Dance Display. In various roles, I was able to watch on both Tuesday and Wednesday evening and was so impressed. Both the dance and the gym routine were truly amazing and didn’t look out of place amongst a show made up of students several years older. It was also lovely on Wednesday afternoon that the Year 4s were all able to wander up to watch the matinee performance and support their peers.

I have mentioned several times already how impressive the pupils have been this week but none of these additional opportunities would be possible without the dedication of the staff team. Miss McGurk, Mr Miley and Miss Eaton, for example have been working 14 hour days for the last four days to facilitate these opportunities and I for one don’t take this for granted and judging by the tweets and emails I have received, neither do you, so thank you.

In between teaching, and gym and dance on Wednesday, Mr Miley also headed over to Offley with the cricket team for another league fixture. It was another fine performance and earlier today I tweeted some photographs courtesy of Mr Spencer. Well done to all who took part and secured another win.

Continuing with the performance theme, on Friday morning, the Year 6s had their dress rehearsal for this year’s production, A Midsummer Night’s Dream. They have all worked so hard and even yesterday, Joshua and Lara had me up a ladder changing the position of several of lights. Other commitments meant I wasn’t able to see it for myself today but listening to the comments afterwards in the staffroom, I can now not wait until Monday and Tuesday. On Tuesday evening, after the production, we also have our Leavers’ Presentation and I am frantically trying to write a few words to sum up the journey this cohort has been on. It is proving harder than I thought!

In between all of these events, we also had an open afternoon on Tuesday and welcomed next year’s Year 3s to Whitehill for a chance to see their new classrooms, meet their teachers and for the parents to hear a little bit about life at Whitehill. The main transition event is next week on Thursday. The current Year 6s head off to their new secondary schools for the day and then all of our current pupils spend most of the day with their new teachers. We will also be joined by our new Year 3s again who will do some work with their new teachers, have a school lunch and see what some of the routines are like. It is always an interesting day from my point of view as it gives me a first glimpse of what the school will look like next year.

Other events next week include the Interhouse Netball matches on Wednesday and on the same day, the Year 6s will be heading up to Hitchin Fire Station to take part in Crucial Crew.

At the end of the week, the staff are organising the Year 6 Leavers’ Party and everything is in place for a couple of hours of ‘bouncing’ and fun! I am just putting the finishing touches to the food order and then we are all set. We just need dry weather… doesn’t need to be roasting… just dry!

In between these events for the pupils, I have a few meetings to attend to tie up this academic year including the final County NAHT meeting on Thursday night. No doubt one topic of conversation will be this year’s SATs results which are released in the middle of the week. They take some sorting and there is no set date for them to come out to parents of the Year 6s, although I expect we will have everything ready for them to come home on Wednesday.

That’s it from me. I am off to pick up the Core Purpose Trophy from the engravers. All the votes are in and I have made the decision. All the nominees will receive their awards during the final assembly on 19th July.

Have a great weekend… the first without a school related event for me since 8th June!

It was such a lovely event! Loved capturing the moments. Thank you for the mention!