Here is the News

Here is the News 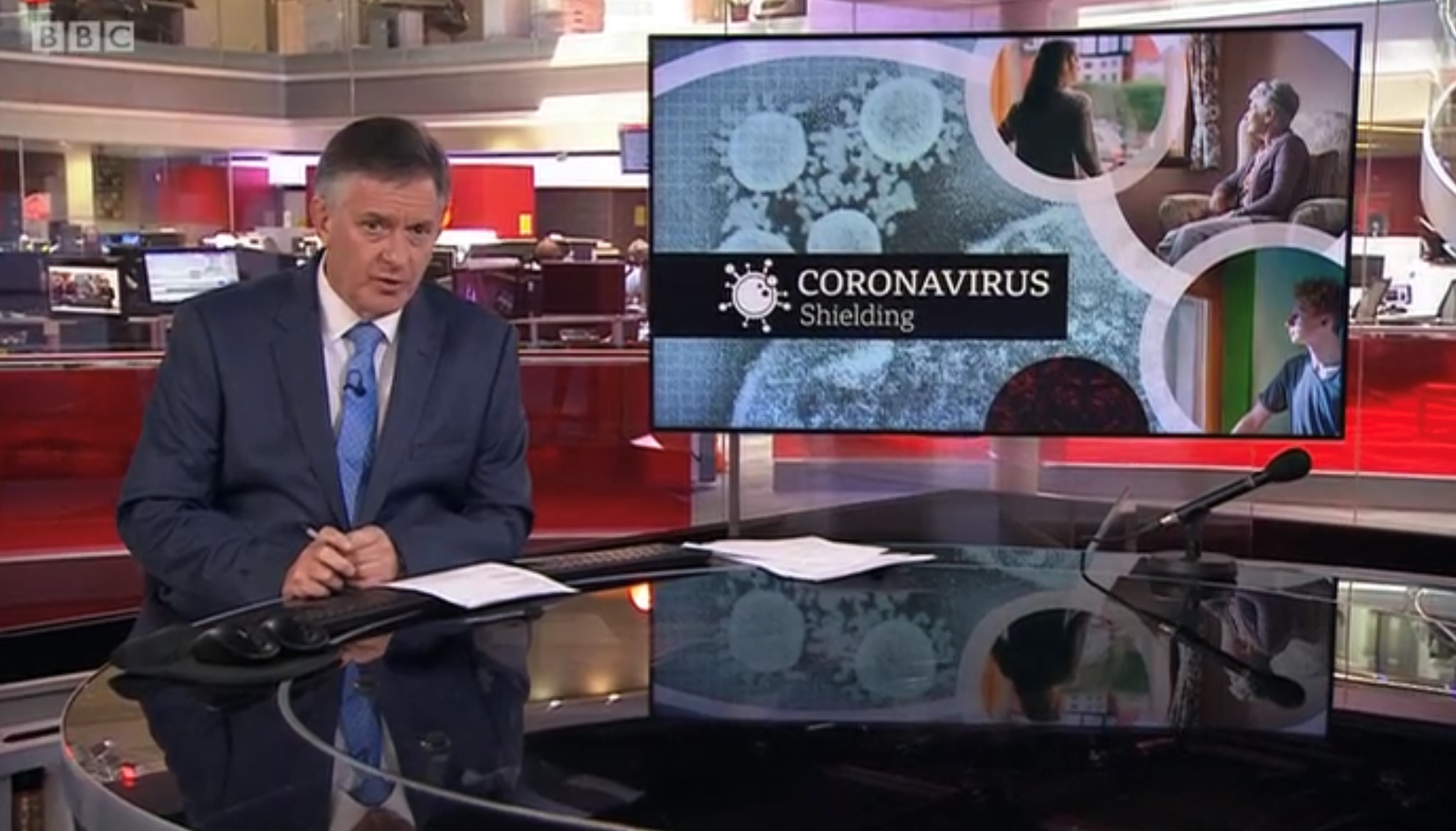 So we returned to school on Monday to begin the second half of the Summer Term. Of course, this was far from a typical start to a half term for many reasons.

Leading up to, and then over half term, we had been working really hard to ensure the school was ready to receive the Year 6 pupils. It was my desire to ensure the school continues to look as ‘normal’ as possible when pupils return and I was pleased with the results. There were only two pieces of tape on a carpet and a few PE ‘spots’ (or splodges as I have been calling them) demarcating the line for lunch. The classrooms looked welcoming with desks being moved slightly apart and unnecessary chairs removed. The other preparations included placing some signs outside to show the pupils from the different pods where they will be able to play at break and lunchtimes.

Of course it looks normal, although it was always going to feel different. The staff are working tirelessly to support the pupils, all of whom have different experiences to bring back to school and different attitudes. Over the course of the week, we have adapted the way we are working and continue to look at how we can keep everyone safe whilst allowing the pupils a little more flexibility and interaction. Yesterday, for example we introduced equipment into lunch and PE but ensured we were able to sanitise it before other pupils took their turn. It is a new way of working and a new way of thinking – you will hear me refer to a ‘new normal’ over coming months for sure.

Through my links with the NAHT, we were also joined on Monday morning by the BBC who had asked if they could come and film the school welcome back their Year 6s. They arrived very early to record an interview with me (which ended up on the cutting room floor) before setting themselves up for the first Year 6s to arrive. They tried again with me, as well as chatting to some parents as they waved goodbye to their children. Once the pupils were settled they filmed one of the pods and then got some more footage whilst the pupils were playing at break. The reporter, Dan Johnson, and the cameraman based themselves in Apollo class so they could edit the report which we knew was going to feature on the national lunchtime news. They appeared a couple more times to record another interview with me (perhaps they liked the tie!?) and then film lunch service. The BBC left just as the report went out and all the pupils were tuned in to see if they featured.

I think the school came across very well and highlighted to me that the plans we put in place are right. The pupils spoke well, the school looked relaxed but prepared and the important message I needed to deliver was clear. As I am sure you can guess, I have invited them back!

Later that day, a second version of the report featured on the BBC Regional News programmes too and thanks to Zac B’s (Year 6) family, we have also been told it made a New Zealand news programme too. Regional, National and International! Impressive!

As if Monday wasn’t busy enough, our MP, Bim Afolami visited in the afternoon so he could get a taste of what schools have been doing to prepare for the increase in numbers. Mrs Beresford and I showed him round (via the outside, socially distanced route) and shared with him our concerns for future opening and our thoughts. He will always take my questions back to the Department for Education and so I quite like the opportunity to chat about school and wider educational issues.

Tuesday was a little calmer in school. The reality of the situation in school for Year 6s was more evident and as I said earlier, we will take note of what they say and how they feel as we adapt over the coming days and weeks. It was still very hot around school and so I decided to take a few minutes out of my office to water the trees which are now ten weeks old. Some are doing well but with such a dry ten weeks, some do not look very well! We will keep going and on Thursday, Mr Denney was back out giving the saplings a drink.

Although the Year 6s are in school, the other pupils are still at home (for the time being) and, after a week off for half term, began their home learning activities again. I have tried to visit all of them at some point during the week and left a message on Wednesday for all of the pupils. To try and show them what school is like, now that some pupils have returned, I recorded a short video tour of the school, visiting the different pods and highlighting some of the changes. I would like to claim credit for the whole thing but can’t. Miss McGurk put all my little video clips together and the original idea came from Mrs Wells, one of our governors. Thank you to both for their support.

An informal tour of the school

The class teachers continue to direct me to pupils’ work. Year 3s have continued to impress and as well as now being shorter than their sunflowers, they have been writing their own ‘messages in a bottle’. Inspired by Miss McGurk and Mr Lord, they really are a creative cohort. It was also lovely to chat to Grace and Finley P (and their families) after school on Thursday whilst I was on duty. I enjoyed hearing that they wanted to come back. We want you back too!

I have had three ‘virtual’ meetings this week and when I look at my diary as to what I would have had to do, it has probably saved me two days out of the office. This is something we must definitely embrace in the future.

Another thing I saw in my diary which is disappointing, was the whole school photograph which was due to happen on Thursday. This is something I try and do every three years. It clearly won’t happen anytime soon, but I promise I will get it done during the next academic year to ensure the current Year 5s feature in a photograph of this type before they leave in July 2021.

Next week, Niamh (Year 6) was to host a music concert with pupils from years three through to six performing. She was hoping to raise money for one of the NHS charities which is particularly relevant at the moment. Not wanting to a small matter of the lockdown to prevent this from happening, she is going to take her music concert online. If your child would like to submit a film of themselves playing an instrument, to feature in this ‘virtual concert’ then please record it and send it to the school at consult@whitehill.herts.sch.uk and I will make sure she gets it. Please feel free to contact me if it would be easier to submit it in a different way and we can see how to help you. The deadline for entries is next Friday, 12th June.

All of the staff have been extremely grateful for the kind gifts sent in this week. It really does cheer them up when they walk in the staffrooms (yes, we have two at the moment) and see ‘goodies’ on the table. We had some flapjack courtesy of Leo (Year 5); cake from Ronnie (Year 6), biscuits from Mrs Ray (Co-Chair of Governors) and eggs from Monty (Year 5). We also received a lovely, framed message from Presley (Year 6) to mark the date the Year 6s returned to school after lockdown. Thank you to all of them for their generosity.

With the school moving into a new phase of lockdown, home learning and phased return, I sent home a link to a questionnaire on Wednesday. We are keen to hear your thoughts on the work the teachers have been setting and just how you have been engaging with it. I have no doubt that there will be some form of blended learning in the future and so we need to look how we can improve yet further.

Thank you to those who have responded for your supportive and honest feedback. I will share some of the key findings in due course as well as look at what improvements we can make whilst realising a ‘one size fits all’ approach is impossible. I will finish this week’s blog with one of the comments which was particularly pleasing to receive:
‘I think the school has had a massive task to deal with and has set an example as to how many other sectors and businesses could have dealt with the situation.’

I wanted to say a big thank you to all the staff at Whitehill for the great return to school and welcome back for the Year 6’s this week. Henry has loved everything about Whitehill and was so excited about coming back to school. He would have been really sad if there had been no return this term, meaning he would have missed his goodbyes with the school. It’s such an important transition for the Year 6 students, and the mental support and preparation that the school can provide for the move to secondary school is so valuable. The ‘can do’ attitude of the Whitehill staff team is a real asset and the team should be really proud. It has been so refreshing to hear of the planning and welcome back preparations compared to the negative press around the return to school that has been on the news from other regions.

Thank you so much for your kind words. They really are appreciated.

Thank you for all you are doing for Lydia and her friends!