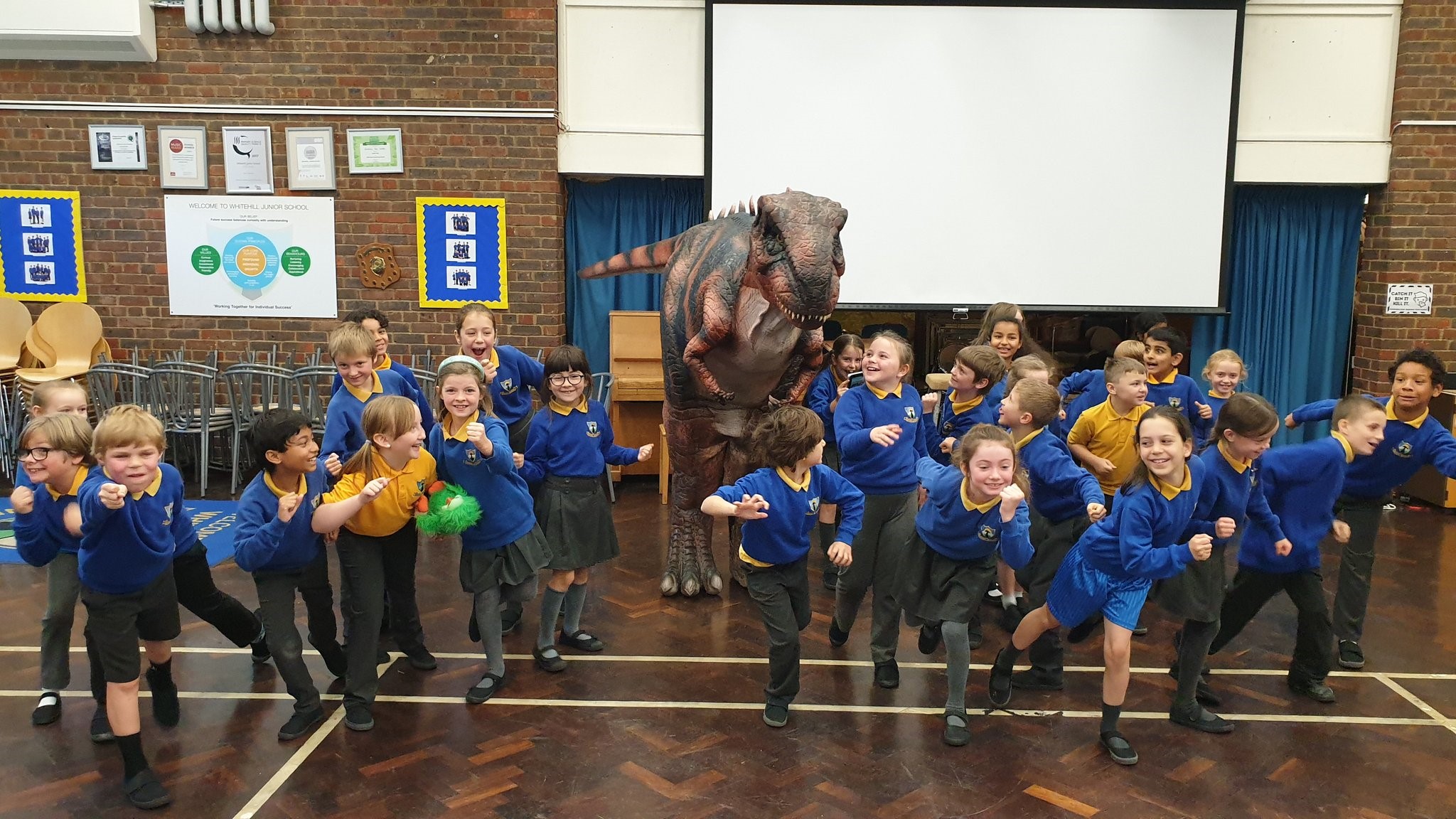 We started back after our much needed half term break knowing that new rules were coming in on Thursday regarding Lockdown 2.0. I posted over the weekend a brief update to our specific Covid-19 blog with what I believed to be the things primary schools needed to be mindful of which was effectively ‘carry on’. On Wednesday evening, the official guidance was released and there are a few additional points for me to take into consideration and I will again update the Covid blog with these shortly. When I refer to us ‘carrying on as before’, it is not a case of complacency, more the fact that we have thought very carefully about how we can make this work for the school and our community and have systems in place to keep everyone as safe as we can.

Monday did not start well. Nothing to do with school itself but that rain, at exactly the time pupils were walking to school, was just ridiculous. Even the poncho couldn’t cope with that deluge! That aside, Monday was great!

We believe enrichment opportunities continue to play a key role in our curriculum and on Monday, the Year 4s and the Year 6s benefited from such an experience. In school, the Year 4s were treated to an amazing dinosaur and palaeontology session; a replacement for the trip to the Natural History Museum which was just not possible. The feedback from pupils and staff was exceptionally positive and on the several occasions I ventured into the hall to see what they were doing, I was also very impressed. Who’d have thought we would have been able to secure the visit of four different dinosaurs all of which we were available to touch. Despite one of them being a serious carnivore, I am pleased to report that no children were eaten at any point and in fact, the pupils were seen to be smiling and laughing throughout.

With the rain stopping as soon as I had finished playground duty, it was dry enough for Kahlo Class to walk down to Hitchin Museum to spend some time working with Cas, a member of the museum staff and friend of Whitehill, looking at their Black History Month exhibition and resources. It was a very informative morning for all involved. After lunch, Wilde Class walked down to participate in the same workshop. It was fortunate that we were able to fit this in at the start of the week as the museum has once again been forced to close its doors for the next four weeks. Thank you to our friends at Hitchin Museum for looking after us.

All the staff were busy on Tuesday as we renewed our Child Protection certificates; a sobering but essential part of our work. Both sessions were very productive and refreshes everyone’s understanding of this very complex aspect of our work.

I have always wanted to have a BSL (sign language) club at Whitehill and on Wednesday, my wish became a reality when Mrs McKenna held the first session of this new extra-curricular activity. Because Mrs McKenna currently works in the Year 3 ‘bubble’ we need to limit the pupils who can attend this club to Year 3s. She plans to run similar clubs in the future so that more pupils can learn this valuable skill. What’s even more exciting is that Mrs McKenna has allowed me to attend too. It’s something I have always wanted to learn and can’t wait to pick up as much as I can over the coming months. This week, we have learned the first half of the alphabet and some useful greetings. I have promised house points to pupils who greet me in the morning on the playground with the appropriate sign.

Pupils have returned after their break and appear fresh and ready to go. There has been some great work being completed in the classes and I have been writing quite a few Headteacher’s Awards. There was some great maths in Wilde Class looking at nets of polyhedra as well as a really interesting science experiment looking at how bird beaks have evolved and how effective different beak shapes are for eating. Orville Class have been looking at Diwali in RE and have put up a lovely display of some of their work.

On Thursday, I had the privilege of chatting with six pupils from Aztec Class who can feel extremely proud of their English work and were sent for Headteacher’s Awards. I was really impressed with Eliza, Henry, Thomas, Nemaya, Aiden and Tilly T who have made great progress and produced some lovely work on a Mouse Called Julian. Talking of Julian, I was given two new drawings for my office from Summer and Seb (Year 3s) which I will proudly display on one of my walls. Thank you both.

I was equally as impressed with the history work pupils were doing in both Apollo and Voyager classes on Thursday where they were using sections of the Bayeux Tapestry as sources of evidence.

If you are interested in our curriculum and the work the pupils will do across the school, we have now put our latest curriculum overviews on the school website. This has been a very big piece of work with all teachers in their role as subject leads developing the plans and then liaising with Mrs Beresford who leads on the curriculum as a whole. I am grateful for all their hard work on this project. Over the coming months, we will add to the year group pages and present the information in a variety of ways for your convenience but for now you can see how the subjects are woven together through the year group topics.

As well as handing out Headteacher Awards this week, I have also had fun handing out Lego cards. Once again, I have taken delivery of thousands of packets of these popular cards thanks to Mrs Stokes’s daughter. I will continue to hand them out to pupils who want them; they just have to ask. I even managed to help Mrs Keeling complete her set which she started thanks to the pupils who attend our breakfast provision. I have never seen someone so excited!

Poppies have been sold over the course of the week. Thank you to all of you who have contributed to this cause. We will be holding a minute’s silence next Wednesday at 11.00am. We still have some poppies left if you want to get hold of one.

In our Achievers’ Assembly this week we launched a new weekly award which will sit alongside Class of the Week and the House Cup. We have called the new award, the ‘Mr Waluk Womble Award’. This award will be judged by Mr Waluk and his site staff each week and given to the class who leave their classrooms in a tidy way at the end of each day so that they can be cleaned easily each evening; something particularly important at this current time. The inaugural winners were Kahlo Class. So, as well as saying well done, I would like to say thank you for helping my site time keep the school clean and tidy.

Our music this week was provided by Jasmine who played the piano really well and didn’t realise that as she practising from about 8.40am, some of the classes had already started watching. Well done, Jasmine! We also celebrated another musical success with Maisie (Year 5) who received the news that she has passed her guitar exam with distinction. A great result!

It was time to celebrate the many successes in Times Tables Rockstars again and present several new badges, including two to Year 3 pupils. Well done, Tanveer and Bisma. I also introduced the pupils to a national competition which we think would be fun to compete in. A letter has been sent home explaining what the pupils can do; let’ see how high up the leader board we can get.

This week’s Class of the Week were Apollo Class and the House Cup went to Air. Well done to everyone who earned merits and their awards (including several Blue Peter badges) this week.

Moving into next week, the school photographer returns on Tuesday (I think it is still happening as he certainly can’t work from home) to take photos of the classes and the clubs which have started up this term. There won’t be as many as in previous years but it will still be nice to capture the classes.

Our Year 4s have a Diwali dance workshop on Wednesday which sounds like it could be a lot of fun. Thursday looks particularly busy for me with four virtual meetings, starting at 9.00am with the last due to finish at 9.00pm. I have NAHT, Local Authority and Governors to meet with. Lots of coffee needed that day, I think.

On Friday we have our first Wall of Fame celebration as part of the Achievers’ Assembly. Staff have been busy this week nominating pupils in each class who deserve the English, maths and science awards for this term. Their photos will take pride of place on our Wall of Fame display next week. We will make sure we tweet a photo of this special display.

Final request again is for lunch selections. At the time of writing we believe there are about 16 pupils who are yet to choose their meals for the coming week. Let’s see if we can get that down to zero.

That’s it for the week. I hope you all have a relaxing weekend given the restrictions we now all must abide by and I will see you all again on Monday.