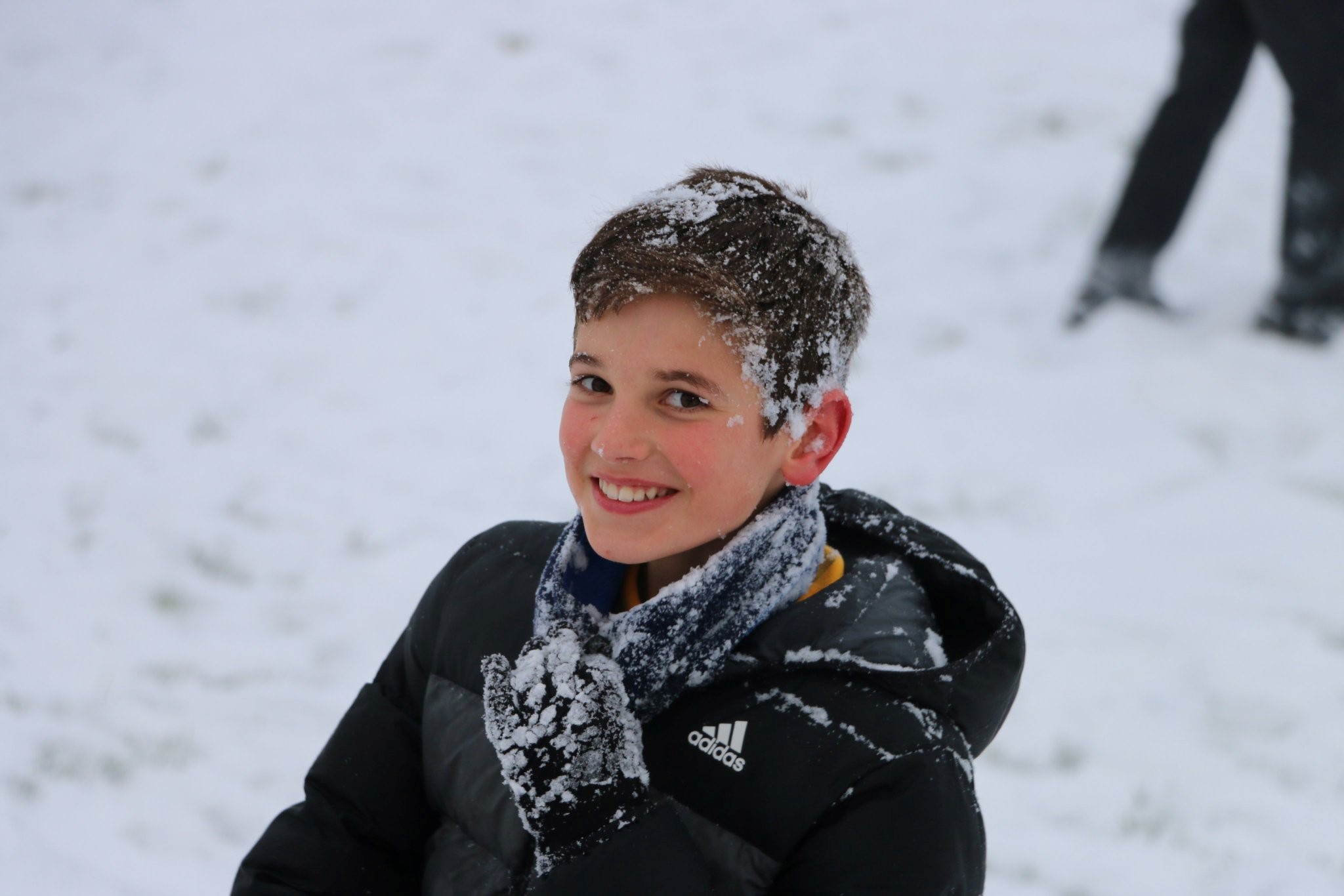 We are almost there – at the end of what feels like the longest ever Autumn Term. Just three more days and we can rest for Christmas. This week did not go completely to plan but in true Whitehill fashion (and spirit) we still managed to achieve everything we set out to but in one less day.

Before I reflect on what we have achieved after the weekend, I would like to thank our amazing and dedicated Friends’ Committee who ran a winter social at Highbury last Friday evening. Following on from the success of the summer socials at Whitehill, it was nice to return to Highbury to share the locations after a few years’ hiatus due to Covid. Two pupils, using their own initiative, ran a stall all evening and so thank you to Eleanor and Silvia (Year 5s) for this. Joshua (Year 6), one of our amazing musicians, entertained the crowds with his piano playing. Once again, thanks to all who supported the event and helped to raise an incredible £2193. Moving forward and when the next events are planned, if you are able to lend a hand to help run a stall for some of the time, I know the committee would appreciate it.

When I went to bed on Sunday, it had started to snow but the weather forecasts were inconclusive and so I wasn’t overly worried. Something was obviously playing on my mind, however and I was awake at 5.00am walking along the roads near my home deciding if it was safe for staff to travel. We were already a few staff down and so I had to make the decision to close. It is not an easy decision to make but one that needed making. Thank you for your support with this.

I joined in a few of the live ‘meets’ which the teachers set up and also joined some of the other classrooms to see the ‘chats’ taking place. One of the positives to come out of Covid is the ability to go remote in an instant. I was particularly impressed with Aztec Class – as was my wife, who happened to walk into the room where I was set up, just as several pupils realised I had gate-crashed their conversation. “Mr Mills is here!”

I followed the classrooms all day and enjoyed seeing many of the snow creations made by the pupils. I responded to many, as did the teachers and it was lovely to read the conversations taking place. Grace and Lily’s upside down snowman was particularly impressive, as was Tallulah’s snow bunny.

Whilst we were all working from home, Mr Waluk was working in school. He walks to school and so spent the day clearing the car park and footpaths around the site so that we could definitely all get in safely on Tuesday.

Of course, missing one day would not normally be too much of an issue if it weren’t for the fact we were supposed to be taking our Year 3s to Highbury to see their concert and their Year 2s were scheduled to make up a significant percentage of our audience for the first Year 3 performance.

For this reason, one of my other jobs on Monday was to liaise with the Year 3 team; check the show could go ahead on Tuesday; liaise with parents and make arrangements for replacement tickets or alternative shows. A problem? Not at all! Remember, let’s not immediately say ‘no’, let’s say, ‘how can we make that work?’ And we certainly did.

The Year 3 play was simply brilliant! I have enjoyed every one of the four times I watched it, seeing something different – another gem – each time. Every single pupil had the moment in the spotlight and sung their hearts out. It is very easy to make comments along the likes of, ‘that was the best ever’, but I can truly say that this show was one of the best and most entertaining productions I have seen in all the time I have been in teaching. Huge credit to the cohort and also to the teaching team who put it together. I genuinely didn’t realise our stage lights could do as much as Mr Denney could get them to do!

Thank you also to our special guest who pre-recorded the opening introduction for us. Ben Whishaw was more than happy to record his lines and send them over for us to use. He then surprised us by coming along to watch the Tuesday evening show. I have received some lovely feedback saying how much he enjoyed seeing the production. Thank you, Uncle Ben!

Those who attended the show also supported the school’s chosen charities for the year, with a total of £275 going into the pot. Thank you so much.

We had a lovely assembly on Wednesday morning when the pupils who have been learning BSL as a lunchtime club showed us some of what they have been learning and also taught us all a song in sign language. I think it is such a great thing to learn and I will always reward pupils with house points if they use anything they have learned when they see me around the school. Huge thanks to Mrs Vernon, our resident expert, for running the club for us.

After a meeting with the new lead at our local sports partnership, it was then time to get ready for our Christmas lunch.

Run in four sittings so that staff could sit with their pupils, it was great fun and the dinners seemed to go down very well indeed. The range of Christmas attire was as impressive as ever, including Mrs Bryan’s jumper!

Huge thanks to Mrs Stokes and her team for cooking and serving around 270 lunches in just under an hour and a half. Thank you to all the staff who helped to serve juice and gravy (not getting the two confused) and made sure the dining room was set at the end of each sitting, ready for the next cohort. I also have to declare that Year 6 (Kahlo Class) won the Mexican wave competition and that Mrs Wells appeared in the most photographs.

It might feel like it has been all ‘Christmas’ this week (especially with snow covering the site) but teaching and learning has been taking place too. Year 4 have been very busy this week making soup as well as dissecting and exploring owl pellets. I joined Lamarr Class to see if they could identify what food their owl must have eaten. It is fascinating to see and the pupils worked brilliantly together.

On Thursday morning we welcomed Anthony Glenn back to school to entertain us all. We had to cancel last Christmas because of ‘bubbles’ (not baubles) but he was back this year and performed The Little Fir Tree. As usual there was much audience participation and lots of laughs. Billy (Year 4) really entered into the spirit of things and was a very impressive Charlie the Fir Tree!

Our Achievers’ Assembly on Friday was full of awards. As we reach the end of the term, it was time to present the latest round of sports values awards. Well done to Sarah (Year 6), Joseph (Year 5), Katie (Year 3), Georgia (Year 3), Tommy (Year 3) and Avleen (Year 4).

We also presented certificates to all of our new Wall of Fame nominees. Their photos and reasons for winning will be displayed in school on our special display board.

Music for this week was provided by Liam (Year 6), Lottie, Harriet and Anya (Year 4). Liam played the guitar and the three girls ‘Wished Us a Merry Christmas’ on the piano, cello and violin. I would also like to say well done to Scarlett (Year 6) who played her flute for us in Wednesday’s assembly.

Our usual awards were handed out to the following classes: both Aztec and Mayan Class won Class of the Week – they just had to this week. Water won the House Cup and Wilde Class won the Wombles.

A few other pupils’ achievements were also celebrated in true Whitehill fashion, including Bella (Year 3) who has been successful again with her dog Fifi.

One other celebration related to the staff wheelchair basketball team who won their interschool competition on Thursday night. Thank you to Miss Gooderham for arranging and to all the staff (or ex-staff) who took part – including a Loughborough University athlete!

We have a special Maths with Munchies for Year 3 on Tuesday afternoon which I hope to join in with after I return from a meeting with the Junior Leadership Team which we are holding off site as a Christmas treat.

I would say the main event next week as far as parents are concerned is the final assembly at St Mary’s on Wednesday morning. As soon as we have registered, we will be walking down to church for a 9.30am start. Parents are welcome to join us for this hour-long celebration. For those who remember going before (2019 was the last time) the format has changed but will still be as enjoyable.

The blog was online a few minutes earlier today so that I could attend the funeral of Judi Billing. Judi was a local councillor, loyal friend of the school and of course, Mrs Bailey’s mother. It was only right for Whitehill to pay its respects to such a dedicated member of the local community; she will be missed.

As a reminder, we finish for Christmas at 1.30pm on Wednesday. My dad is now reading this thinking that with the final week of term only being two and half days, the blog will have to be shorter! We shall see.