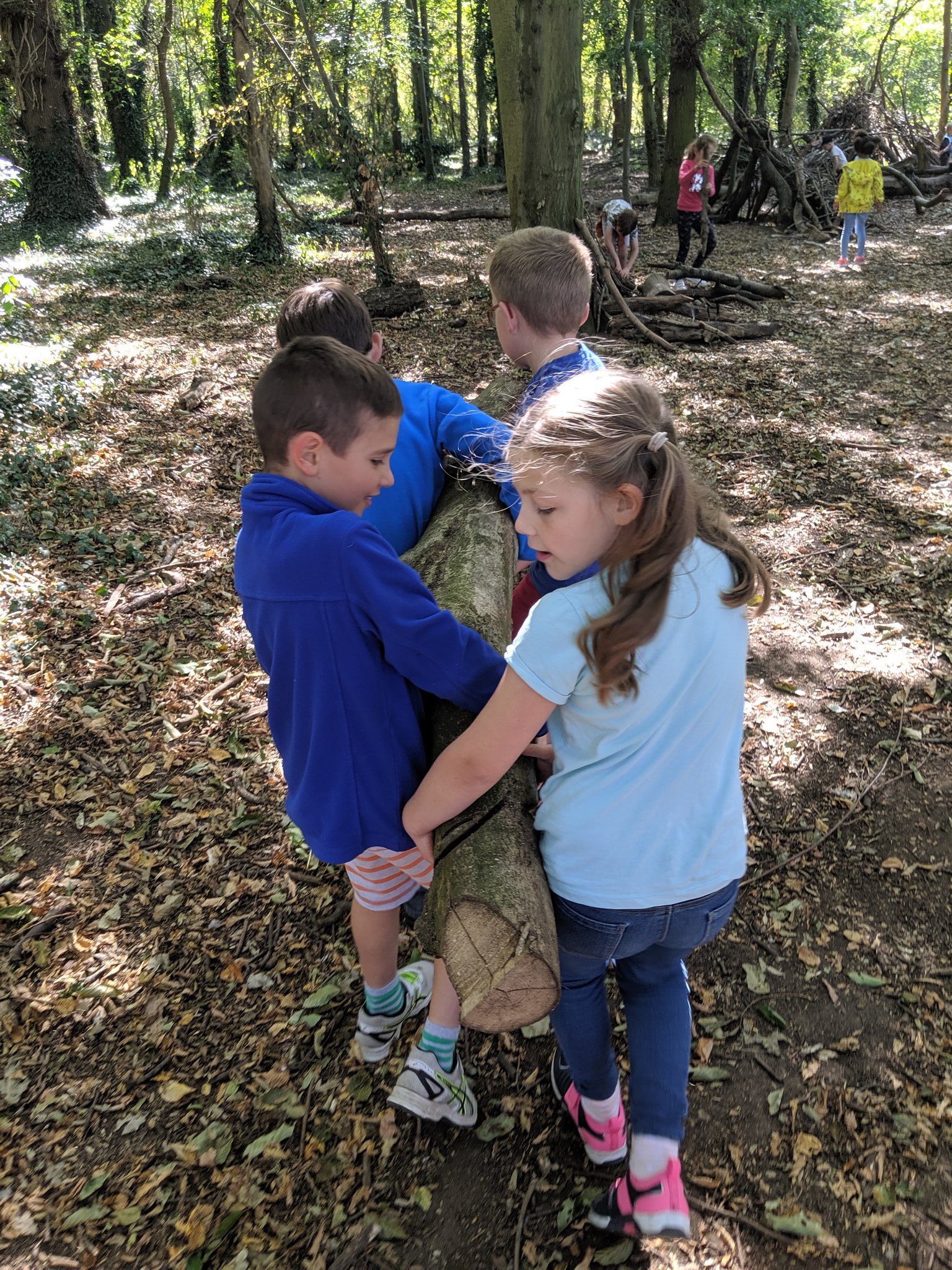 It was interesting to see the posts on social media last Friday evening after the amazing spitfire flypast and the excitement that generated. It was lovely to see people referring to the school and the wonderful opportunities the pupils get. I don’t think anyone would argue with that. I was pleased to be able to get the original RAF Day and Friday’s spitfire visit in the local press this week, with the online version of the Comet featuring several photographs from the two events.

School events continued last Saturday with an early season football rally for one of our teams. The school has a number of very talented footballers this year across Year 5 and Year 6 and I am looking forward to watching as many of the matches as I can. Taking my daughter back to Bangor University last weekend meant I was unable to watch this first outing but Mr Miley kept me informed after each game. Well done to all the players on a very successful morning.

Four classes enjoyed a computer coding session on Monday courtesy of Barclays Bank and the Coding Playground initiative. We received this opportunity thanks to our MP, Bim Afolami, who nominated us to receive the lessons. Bim came along for the first session and after coffee with me, he met with our Head and Deputy Head Girl, Poppy and Izzy, before spending time watching Orville Class complete the coding activities. Three other classes enjoyed the training on the day, one from each year group but Mr Denney has promised to deliver the training to the other four classes over the course of the half term.

I had a couple of meetings on Tuesday to set up projects for the year. The main one ensured that we will once again support the Sports Leaders from Hitchin Girls’ School. Aztec and Mayan Classes will team up with the Year 11 students over the course of the year where, once again, we will welcome former Whitehill pupils back to take part in this work.

School was very quiet on Wednesday. Not because nothing was happening but because our Year 3s were enjoying learning outdoors and half of our Year 5s were taking part in an Olympic Legacy Day.

Mayan Class and Aztec Class spent half a day each at Wymondley Woods taking their learning outdoors. They built shelters and certainly engaged in teamwork. They then made pens from the natural resources they found. Staff and pupils alike were so enthused by the visit with both Mr Lord and Miss McGurk once again saying how impressed they are with their classes. The Year 3s are clearly out to impress us all! I am sure you, like me, enjoyed the many photographs we tweeted during the day.

The Year 5s taking part in the Sports Partnership Olympic Legacy event represented the school in a range of Olympic and Paralympic sports. Wheelchair basketball was very popular as always and we once again excelled in the boccia competition. All the pupils did very well with three of the teams bringing back medals. All of the pupils were celebrated during Friday’s Achievers’ Assembly.

I was out of school for most of Thursday starting early with an NAHT meeting in Cambridge. I did return to school just before the end of the day, as two of our football teams headed off to play league fixtures against Ickleford. Both teams did very well with the ‘A’ Team winning 4-1 and the ‘B’ Team winning 2-1.

I have already mentioned past Whitehill pupils in this blog and I had a meeting with former Head Girl, Phoebe, after school on Thursday as we set up her HGS Ambassador work. It is lovely to see how pupils have grown and progressed through their secondary schools. More often than not, their first comment having been at secondary school for a number of years is how small Whitehill is. I bet they didn’t think that when they started in Year 3.

As well as celebrating the sporting successes of the week in our assembly this morning, we also presented the House Cup to Fire and gave Voyager Class the Class of the Week cup. There were two music certificates presented too, with Ellie (Year 4) and Ailsa (Year 4) doing very well in guitar and violin exams respectively.

Straight after the assembly I was out at the first of two meetings. Firstly I attended the first Heads’ consortium group of the year and then this afternoon, I was at Highbury to attend our Friends’ Association’s AGM. I am extremely grateful to all the committee members and would like to thank outgoing parents, Mrs Blore and Mrs Gee for all their hard work over recent years. Mrs Smith has agreed to continue lead the committee and she is now joined by Mrs Halpin and Mrs Flain. I have no doubt we will have another successful year just like the one we have had which saw both schools receiving cheques for £5450. This year, I would like to use the money we received to go towards the replacement of some of the trim trail equipment which gets so much use. We are currently getting quotes and hope to have plans drawn up soon. One project that will make its return this year will be a staff Murder Mystery evening. We had great fun putting on ‘Death of the Headmaster’ two years ago and look forward to treading the boards once more to raise funds for the Friends and entertain the parents.

That’s about it for another busy week at Whitehill. As one parent wrote on twitter, ‘Thank you for all the opportunities the children have had the last two weeks. Spitfires, sports clubs, coding day, Olympics. I’m just about keeping up with the reply slips/lunch/kit. They are lucky kids.’ I couldn’t agree more and as I said in a recent newsletter, I do not take the staff’s commitment towards our wider curriculum for granted.

I’m off to play football this evening for Herts Headteachers. The first game of the year. Despite having man flu, it will be good to have a run out again.

Looking ahead to next week, Mrs Beresford and I are out on a course on Monday. Both of us are constantly evaluating our assessment practices and we are looking forward to attending a conference on assessment, listening to some key speakers in this field.

Phase make their first visit on Monday to work with the Year 6s. They visit several times over the course of the year working on a range of topics including resilience and secondary transition.

The diary itself looks relatively quiet next week, although a group of staff are looking forward to seeing Mrs Bailey on stage as she treads the boards at the Queen Mother Theatre in The Importance of Being Ernest. It promises to be a fun night out.

We have a football fixture against Pirton School next Thursday at home and all being well, I hope to be able to get out and watch. On the Saturday next week, our Girls’ Team take part in their early season football rally.

All that’s left for me to do is remind our Year 6 parents that the deposit slips are due back at the end of next week for the residential to France. These are amazing experiences for the pupils and I hope as many as possible of this year’s cohort will want to go.

Monday is the deadline for nominations for our vacant parent governor post. If you are considering standing, please make sure your completed forms are in the office by 9.00am.

Right, I better start warming up for this football match. I am now at the age where my warm up takes longer than the actual game and recovery takes me to the next match, one month away!