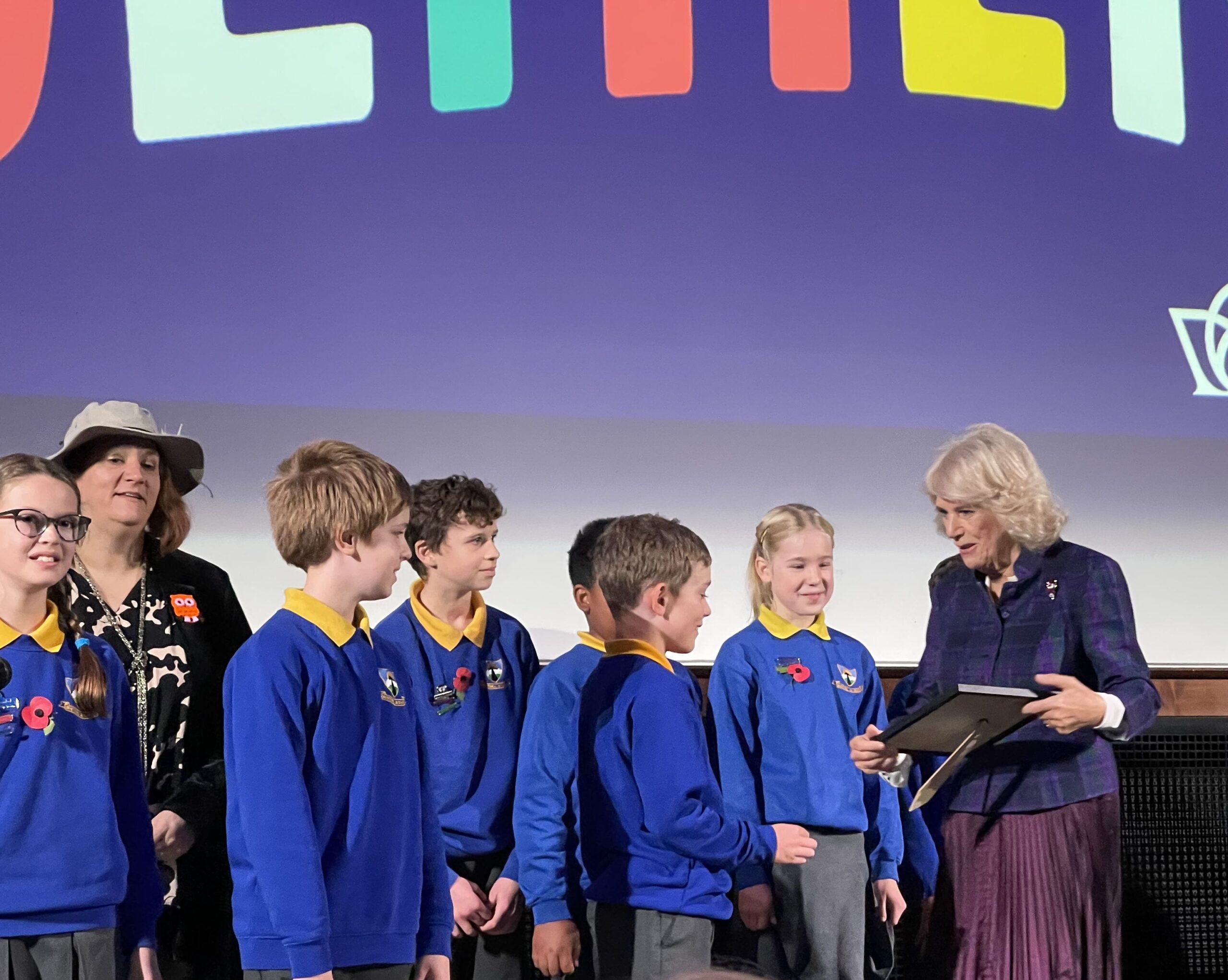 Having developed the most awful cold over the weekend (yes, only a cold), I was pleased to wake on Monday morning feeling much better but still with a slightly tired sounding voice. For that reason, Mrs McConnell Smith deputised for me with another set of prospective parent tours after the briefest of Monday assemblies. By the end of the day and with much to look forward to over the rest of the week, I was feeling much better and ready to go.

This week saw the Year 5s embark upon all things ‘space’ with a themed five days covering aspects of their science topic. I would usually make reference to the fact that it is culminating in a space night starting in a couple of hours’ time, however this time around, the Year 5s are extending the learning through to Monday when they visit the National Space Centre in Leicester. At one point, we were hoping that we would be able to turn the ‘space night’ back into the ‘space sleepover’, however I think it best at this stage to hold fire with that. Perhaps next year.

Throughout the week I have enjoyed popping into the two Year 5 classes to see what they have been getting up to. I say ‘enjoyed’ but there was one session in which that term needs to be used quite loosely. They had used different fruits to compare the relative sizes of the planets in our solar system and then turned some of them into a fruit cocktail. There seems to be a craze at school (probably organised by the teachers) of ‘let’s get Mr Mills to eat/drink something not very pleasant’ and some of these cocktails fell into this category. Not all, but certainly some!

Another example of an ‘I’m a Celebrity’ eating challenge came courtesy of Orville Class. In science, they have been learning about the properties of toothpaste. They recognised it needed flavouring, for example, as well as an abrasive. So when Mr Denney brought a group to my office for me to ‘guess the flavour’, how could I refuse?! I think my face in the picture below tells you all you need to know about how nice it was (or not!).

I was locked away for all of Tuesday morning with governors and our external adviser talking through the detail of my performance appraisal. It was intense; it was informative and the discussions were challenging. That being said, it was enjoyable and set up the coming year.

Meetings on Tuesday, also meant I didn’t get to watch any of the football matches against Samuel Lucas School. Two very good matches I have been told, with one game ending in a competitive score draw and the other a win. Well done to all of the players and of course, thanks you to Miss Gooderham and Mrs Small who looked after our teams.

Wednesdays at the moment are proving to be particularly enjoyable. Last week was spent with the amazing Isla (Year 5) as she became Headteacher for the day and this week I accompanied a group of Year 6 pupils to London as they took part in a rather prestigious poetry event.

We only had 11 pupils and so the obvious mode of transport was train. I then found out the timings for the day and this added a few pounds to the cost of the tickets. That being said, it was worth every penny in terms of convenience, comfort and speed. We therefore met at Hitchin at 8.15am to begin the adventure.

The whole day was incredible. From Jasmine playing the piano on St Pancras Station to meeting HRH, The Duchess of Cornwall. From chatting with the Chelsea Pensioners (one of whom won Britain’s Got Talent) to the 18000 steps of the ‘Millsy Magical Mystery Tour’ after lunch.

It is important that I also reflect upon the poignancy of the day. When we were first invited to take part in the Poetry Together event, we decided we would read one of Mrs Bailey’s father’s poems. John Gohorry was also going to accompany the pupils and join in the performance of his poem, ‘I met and old man by the sea’ at the tea party but sadly and suddenly died only a few weeks ago. It was very special to be able to honour John, who was a friend of the school, in this way and I must pay tribute to Mrs Bailey who stepped in and read the lines her father would have said. To quote Her Royal Highness, ‘he would have been very proud, indeed’.

There has been plenty of media coverage already including articles in the online versions of Hello Magazine as well as Town & Country and the Mail Online. Over the coming days, I will put a collection of photographs from the day on our website. I also received an email quoting the Duchess’s private secretary saying that she thought the event was ‘quite, quite perfect’. I couldn’t agree more.

On Thursday morning, the Year 3s enjoyed a history workshop led by Cas from Hitchin Museum. The theme was Stone through to Bronze Age and the pupils were very excited that they got to hold artefacts and try some of the ancient crafts.

We paused all our activities at 11.00am to observe a moment of silence on Armistice Day. The school fell silent and this moment of respect came to a fitting conclusion with Agnes (Year 6) playing Last Post on her trumpet.

After school, we had two teams head over to Knights Templar School to take part in a Boccia tournament. We enjoyed hearing about it in our Achievers’ Assembly, especially as we finished first. All of the pupils are to be commended for the way they represented the school.

Our Friday celebration started with music from Ailsa who played the violin for us, with Year 4 listening live in the hall. We enjoyed the reports from the sports events which also included Orville Class’s swimming certificates.

Three times a year, we present our Wall of Fame awards across the school. These awards go to one pupil in each class for each of science, maths and English. Their photos are then proudly displayed prominently in school with the reasons why they won this time around. The first awards of this academic year were presented this morning. Well done to everyone who received a certificate as well as the seven house points which accompany it.

The House Cup went to Earth this week with Aztec winning Class of the Week (the celebrations are still going on). The final school award, the Womble Award, went to Apollo Class.

I have a few hours now before the Year 5 pupils return for their space night which will include a live presentation all the way from South America where friend of the school, Dr James Miley, is working as an astrophysicist.

Looking ahead to next week, the Year 5s, as I have already mentioned are out at the National Space Centre on Monday. We have a teacher from Hitchin Girls’ School visiting on Tuesday to run an electricity workshop for our Year 6 pupils. After school on Tuesday we have a couple of football matches against Samuel Lucas again, this time for our girls’ teams.

On Wednesday we have a Bonkers for Books whole school competition being run by Mrs Vernon and the pupils who attend this club. I remember when the theme of this competition was run previously and all I will say is, it is great fun! Look out for the photographs.

We have a group of pupils accompanying Mrs Vernon to Waterstones on Thursday afternoon to spend a very generous gift we received at the end of last year. After school on Thursday, I am heading over to Cambridge for an NAHT meeting which will finish on Friday morning and so I will be asking Mrs Small to lead Achievers’ for me.

That’s it for now. I am off to get ready for the Year 5s and also see what other media outlets are now running our ‘tea party with the Duchess’!

John Gohorry was a brilliant poet and the poetry community was shocked by his death. I knew him a little and had been exchanging emails only a few days previously.