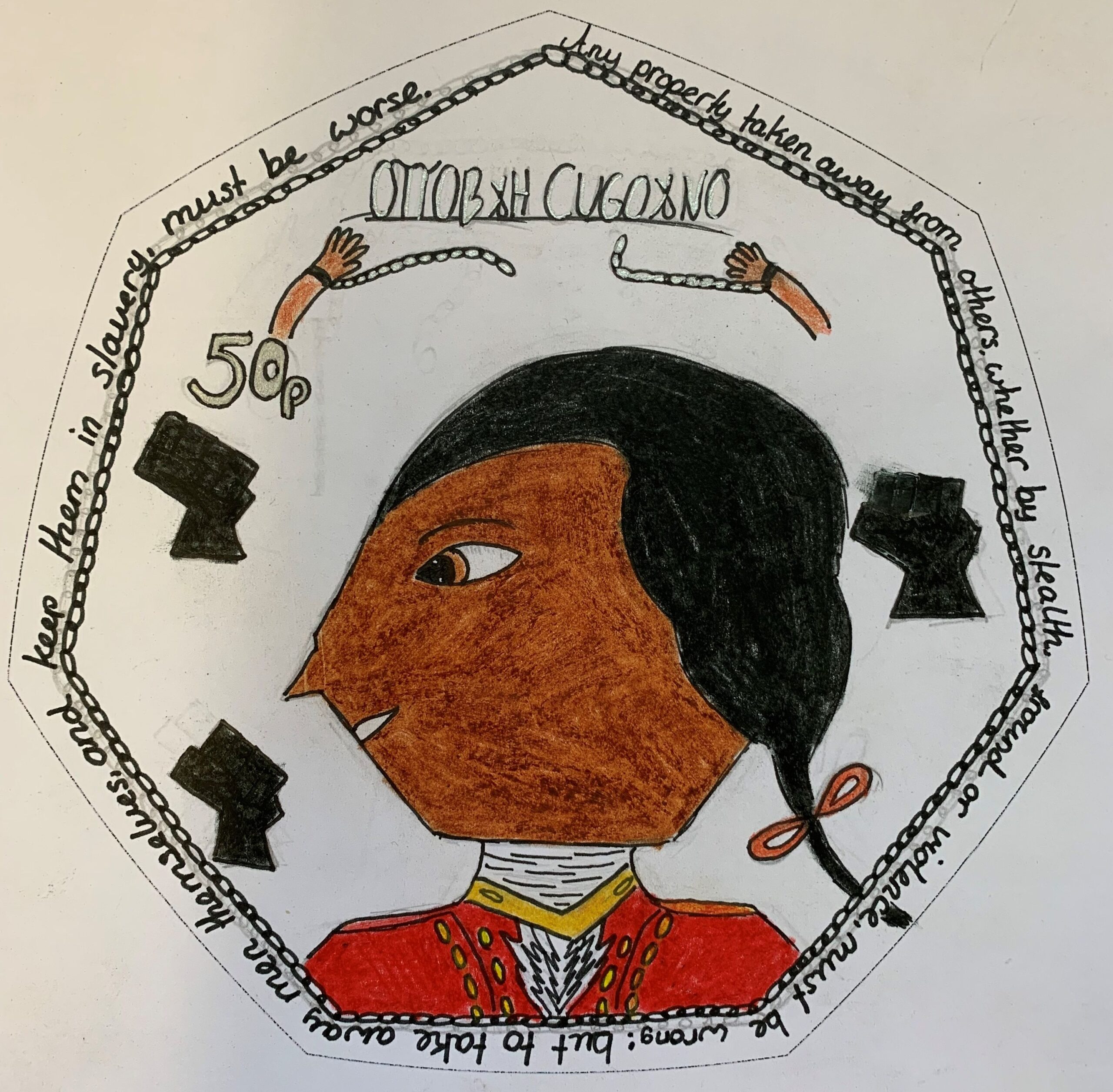 The most appropriate place to start this week’s blog is to look back at the success of last Friday evening when the Year 5 pupils returned to take part in their space themed evening. As predicted the weather was not kind but that didn’t prevent the pupils having a really productive and enjoyable evening.

First up for the pupils were a couple of (virtual) talks. Dr Miley (Mr Miley’s older brother) has been part of many previous space evenings but on this occasion, he delivered the talk from his new place of work; the Alma Observatory in Chile! Closer to home, Brianna Smart delivered her talk from the University of Hertfordshire. Both explored different aspects of our solar system and beyond and both were engaging and inspiring.

After a break for some planetary pizza (and a bag of crisps), the pupils were split into four groups to take part in a carousel of activities. They had a treasure hunt which gave them permission to run around the school (which they thought was highly amusing). They spent time playing their space-themed board games which were so creative and really well made. They had a K’Nex challenge to complete and I believe all groups managed to beat Mr Miley’s creation! The final activity was supposed to be a chance to use the telescope we have been loaned as well as the iPads to see just what is out there. As already mentioned, the weather prevented the telescope from making an appearance but the pupils were still engaged with the digital technology.

It was a great evening and the pupils were awesome. Thank you to the Year 5 team for giving up their Friday evening to make this happen and what was lovely was the fact we all went back to our own beds at the end of the night; no need this year to supervise the ‘wake-over’!

The whole of space week was a success and there have been one or two additional sessions this week to finish off the unit of work. Judging by the comments and feedback from parents, as well as pupils, it has certainly been well-received.

Despite not getting to use the telescope on Friday, we have had two opportunities this week with perfect skies. On Monday, the clouds cleared enough for Cookie Club attendees to join me outside and then on Thursday evening, I spent two hours outside with interested pupils and parents having a great time exploring. I am not sure who was more excited, the pupils or me, as we looked at Saturn and clearly saw its rings and moons. We also saw Jupiter and its moons as well as looking closer to home at Mars and the moon. It really was quite inspiring to see a planet which is over 1.5 billion kilometres away so clearly. Mind blown at the age of 51! Never was our core purpose of ‘Profound Individual Growth’ more visible than this week.

I have no doubt we will be able to keep the telescope for a few more days yet and if the skies are kind, I will take it out again for anyone who wants to be just as amazed as I have been; just ask.

I have been fascinated by the topic work of the Year 3s who became ‘hunter gatherers’ to bring their topic to life. They had to work in teams to track down their food, making sure what they collected and hunted would keep them alive. The Year 3s continue to impress me with their work in class and I have seen quite a few individuals over recent days to present them with Headteacher’s Awards. Keep up the great work!

The Year 6s have had their first set of assessments this week. These tests will be used to identify the gaps in learning as a result of the pandemic and help the teachers prioritise over the coming months. I have seen the outcomes and would like to congratulate the pupils for their efforts. Regardless of the ‘score’, I know they have all tried their hardest and can feel pleased with their achievements. At this stage, we don’t know if the actual SATs will take place next May, although initial statements from the Department for Education suggest they will. It really doesn’t matter, as we will keep working hard and preparing our brilliant Year 6s for life at secondary school when they leave here next July.

On Tuesday afternoon, I spent time with two governors and our adviser to talk through all we have achieved over the last 12 months. As I am sure you can imagine, much of the discussion revolved around the way the school has functioned throughout the pandemic. I think we can be very pleased with and rightly proud of the way the whole Whitehill community has worked together to ensure the pupils have been supported. I often mention #teamwhitehill when talking about the work we do in school and in this case the ‘team’ certainly extends to our parents and carers too.

Work across the school continues to impress. I have already mentioned the Year 3s and Year 5s and on Thursday, I was shown some work completed by Kahlo Class. Mrs Bailey had been teaching about diversity with some resources from the Royal Mint. As part of this work, pupils were tasked with designing their own 50p which embraced and celebrated diversity. They were all simply brilliant! I have asked Mrs Bailey and Miss Creese to put the designs up in the dining room as I think all of them are worth celebrating. Monty and Marcelina were both awarded a prize for their designs, with Lyla, Charlie, Isabel and Fiona receiving Headteacher Awards.

Year 4 can feel very proud of the William Morris printing they have done this week. Cataleya’s work caught my eye when I visited Orville Class on Thursday.

Our Achievers’ Assembly on Friday started with a brass demonstration courtesy of Agnes (Year 5) and her teacher Mr Robinson. We continue to provide peripatetic lessons in a range of instruments and have space at the moment for anyone wishing to learn a brass instrument. If you are interested, please do give the office a call and they will tell you what you need to do next.

Our other soloist, who provided the entry and exit music, was Ailsa who played her violin. It has been wonderful to track Ailsa’s progress since she joined in Year 3; she is quite an accomplished performer now.

The first award presented today was to Sophie (Year 5). She was the recipient of a Headteacher’s Commendation. A special award I present to pupils for significant achievements either in school or in the local community that are brought to my attention. On this occasion, Sophie spent last weekend litter picking whilst raising money for charity. This was all off her own back and is certainly worthy of this award. Well done, Sophie.

There were many merit awards celebrated including a few more gold awards and these led to Earth House winning the House Cup. Class of the week went to Kahlo Class and this week’s Womble winners were Aztec Class. Well done to everyone who was celebrated today.

We are really lucky at Whitehill with the number of extra-curricular opportunities there are for pupils. They range from being ‘bonkers’ about books to learning BSL, as well as all the sports clubs we run. Because of the latter and the fact we have been able to continue to make these work since returning in September, Mr Miley and Miss Gooderham were asked to make a film for Youth Sport Trust to highlight good practice. I am really grateful to both of them for their hard work and thought you might like to see their finished film.

You will have received a newsletter from me earlier this afternoon in relation to a few Christmas related events coming up over the remaining three weeks of the term. Some of these start next week, when pupils will be able to bring in Christmas Cards to be delivered by the ‘office elves’. Pupils may also notice the school starts to look a little festive as we move from November into December.

Please don’t forget to choose your lunches for next week. Mrs Lanni thinks there are about 30 pupils still to select compared with previous weeks.

On Monday, Year 4s are off out for a local history walk and I am grateful to Mrs Keeling who will be accompanying her class in the morning as well as Mrs Davies and Lamarr Class after lunch. The other key event next week is for Lower School when, on Friday morning, they will have their flu vaccinations.

That’s it for another week. As always, thank you for your continued support; it is very much appreciated.

Fantastic sports film and congrats to all for keeping extra curricular sports going. So important for well-being and appreciated by all!