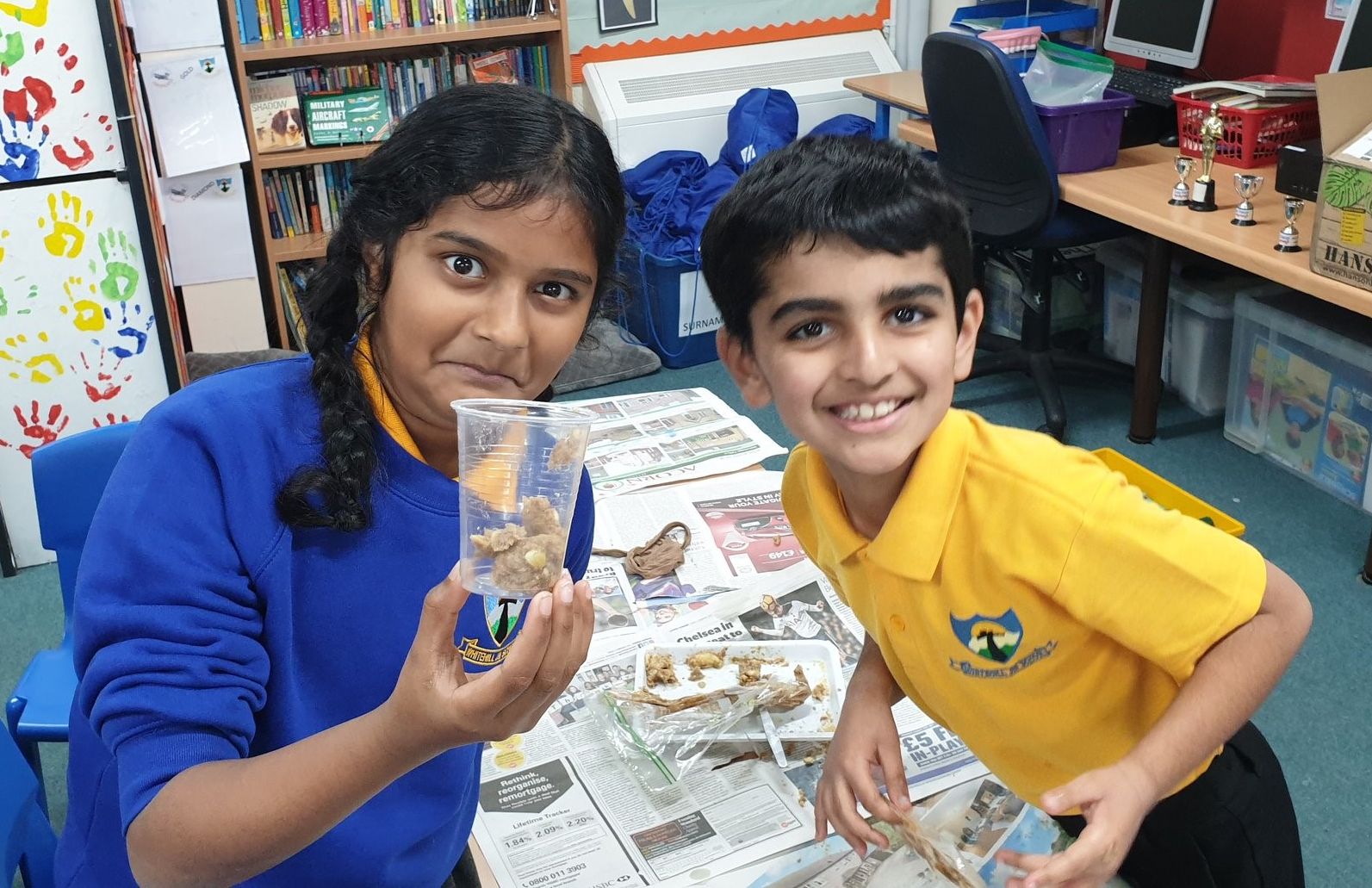 There’s a line in the original Toy Story film where Woody tells Buzz that he is not actually flying, but ‘falling with style.’ It was exactly this which sprung to mind when I watched #teamwhitehill’s dance film we shared with you on Tuesday evening. I was certainly not dancing but ‘nodding with style’ (although you might argue that the style reference is still misplaced!). Anyway, I hope you enjoyed our efforts and fingers crossed we will get to perform next year when the Hitchin Strictly charity competition returns. Just in case you didn’t see it, I have added the link at the end of this blog. Hopefully it is something to bring a smile to your face.

Year 4s went for a walk on Monday to see some of the Victorian architecture that can be found around Hitchin. They were particularly interested in the railway and the impact this had on Hitchin in the 1800s. Huge thanks to Mrs Keeling who accompanied both classes; one before lunch and one after lunch. I think her step count was boosted that day for certain.

Over the course of the week, we have been holding our pupil progress meetings. These are a series of meetings where by members of the leadership team chat with the class teachers about each and every pupil to see how they are all doing. The focus this term was very much about settling back into school after 17 weeks out due to Covid and looking at attitude to learning. I am always very keen to state, when asked, that all 240 pupils are Whitehill are on our inclusion register and this is one of the reasons I can say it. This information, coupled with the ongoing assessments ensure we have a secure understanding of how we can move the pupils on. They are always very time consuming but worth every minute.

On Tuesday morning, when the pupils arrived, the school had been transformed with some tinsel, baubles and a few freshly decorated Christmas trees. I wrote to you last Friday about some of the seasonal things we still want to do in school to keep it as normal as we can. Mrs Lanni and Mrs Cook have made several more post-boxes and these are positioned around the school so that pupils can still share cards if they wish to. Next week we have our Christmas lunch and Mrs Lanni has asked me to remind you one final time, to select this option on School Grid if you want your child to have a seasonal lunch.

My stock of Headteacher’s Awards has gone down again this week. It was lovely to award some to pupils in Aztec Class for some amazing times table knowledge. Milly, Aidan, Oona, Nihal and Bisma scored the perfect 60/60 under timed conditions and were also able recall them at speed when I tested them. One further question answered correctly meant I handed over the certificate.

Orville Class received a whole class one for their science experiment this week. It isn’t often the word ‘poo’ gets written on an award but this fun way of learning about the digestive system is always very well received by the pupils. Even the class ‘elf on a shelf’ got in on the act, I believe!

It is such a shame we aren’t allowed visitors to the classrooms at the moment as there are some amazing displays in all of the classrooms and in the main areas of the school. We do try and share photographs with you but it isn’t the same as seeing them in person. Year 5 have done some lovely abstract art based on their space topic and these have been displayed really well in both classrooms.

Another amazing project this week has been the Kahlo Class raps composed during music. They were very topical indeed and made use of digital technology which provided the backing track. Not only were the lyrics very well constructed, the metre was perfect. They did a pretty good job at costuming the performances too. A whole class Headteacher’s Award was very well deserved.

On Wednesday, we had our final BSL club of the term. I have thoroughly enjoyed my time with the Year 3s and have been impressed with how quickly they have picked up the signs we have learned. It is great fun communicating with each other on the playground in BSL and the latest challenge is to learn their spellings using BSL. Tilly was rightly proud of a video she sent me which showed her finger spelling this week’s words. We are currently working on the short videos of the pupils showing off their newfound skill. Huge thanks to Mrs McKenna for running the club this term and thank you for my certificate! We hope to continue with the club after the break.

The House Captains and our Head ‘Pupil’ team have recorded a series of short videos which were shared with the classes. In the absence of the House assemblies this term, this was a way of sharing some thoughts and motivating the pupils to work hard for their House. The other question asked was about play equipment for use at lunchtimes. We are very conscious that, with the need to separate bubbles, there isn’t always access to ‘interesting’ parts of the outdoor space. I am putting together a small budget for each year group and will invite them to put a shopping list together for toys or games they might like to play with.

Thursday was a complete washout! Indoor play, indoor lunch and then indoor activity afternoon for the lower school pupils. Mr Miley put together a great programme of activities for the pupils however, which ensured the pupils remained active.

This week’s Achievers’ Assembly saw Year 4 in the hall with me and the other classes joining via Google Meet. Our music was provided by Grace (Year 4) who played the piano. Huge thanks to Grace who wasn’t scheduled to play but in the absence of the musician on our list, she volunteered there and then, and played for us. A well-deserved Headteacher’s Award was presented to Grace. We celebrated some more athletics awards with Freddy (Year 6) receiving three gold awards and Ava-Lily (Year 3), two silvers. Well done to both of them.

It was time to celebrate some more TT Rockstar successes. There are some seriously quick time times across the school for those working as Rock Heroes, such as Stanley (Year 5) and Joey (Year 6) amongst others. It is also wonderful to see the pupils who have been rewarded for improvement in accuracy and/or speed, such as Karina (Year 6) who has effectively improved accuracy by 100% in the last four weeks. Ameera (Year 3) also enjoyed a similar rate of improvement.

This week’s House Cup was awarded to Earth House and Aztec Class won Class of the Week. The now highly coveted Womble Award went to Kahlo Class. I have upped the stakes with the Womble competition in that each time a class wins, their name will go into a hat. At the end of each half term, one class will get a prize for pupils and staff. The more times they win the Womble, the more chance they have in the lucky draw.

Next week, the festivities continue. I have already mentioned the Christmas cards which will begin to be delivered on behalf of the pupils. On Wednesday we have our Christmas lunch. On this day, we are inviting pupils, should they wish to, to lose the school sweatshirt for a more seasonal jumper. This can be accompanied by an appropriate hat or other item of clothing which would bring some festive cheer.

On Thursday, Anthony Glenn will be coming in to perform to the school. Anthony joins us each year around this time and although not every pupil will be able to watch him in the hall, they will still be able to enjoy the fun as we stream the performances into the classrooms.

Year 5 are in Achievers’ Assembly next week and that works perfectly for the special Swedish celebration we plan to enjoy. More about that next week.

In addition to all of this, the curriculum continues with a Year 3 Stone Age workshop on Tuesday.

I suppose the only other thing to mention at this point is in relation to yesterday’s announcement from the government in relation to the Year 6 SATs scheduled for next May. There has been some adaptation and there could well be more but it looks like they will be going ahead in some way. I will write directly to the Year 6 parents in the coming weeks as and when we know a little more.