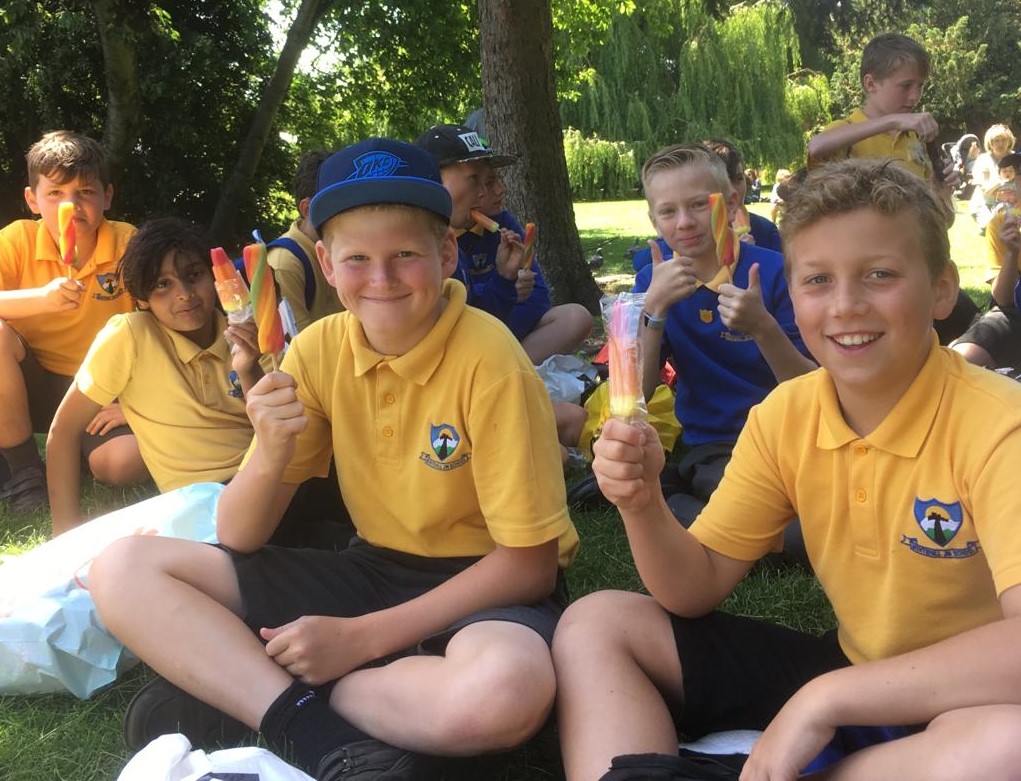 Despite having man-flu, I put on a brave face and joined some of the teaching team to take part in a charity netball competition last Saturday morning. It was a fantastic day and with Mr Miley’s phenomenal basketball skills, we progressed through the morning’s games with relative ease and made the main competition in the afternoon. Mrs Small provided the instruction and Mrs Bailey the motivation (our team name cannot be repeated in this blog but was shouted with great gusto all morning!) as we then won the next four games. Two of the teams we beat were champions and runners-up last year. The only game we lost all morning was the final and so we can feel proud of our achievement, given the team who we lost to in the final had a seven foot plus goal shooter and two members of England Netball staff. It was a thoroughly enjoyable and very successful day.

My Monday assembly this week, the first I had taken for a while, was a reminder for all pupils not to switch off too soon as we head towards the end of the school year. With four weeks remaining (19½ days), we still had one tenth of the academic year left. That’s a sizeable chunk in which to achieve a great deal. I have no doubt I will continue to remind pupils on a daily basis!

We were visited by one of the Education Directors from the Local Authority on Monday and we discussed a range of topics including accountability and funding. As I always do when I have a guest, we also enjoyed a tour of the school and our Class Reps did very well again as they came over when we entered the classroom to meet and greet. Each time they do this, they get more confident and more impressive.

Tuesday was a fantastic day! We were hosting the inaugural North Herts Inter-School Debate Competition which was an event that had been dreamt up by former pupil Syra (now a Hitchin Girls’ Student) and Mrs Beresford. We had an Upper School and a Lower School team competing and during the day they had to present up to four debates depending upon how successful they were. There were nine independent judges keeping score and by the end of the day, our Lower School Team were narrowly beaten in their semi-final but our Upper School Team won. Well done to all of the pupils who took part; you were a credit to the school. The feedback from the other schools who came and took part was very positive and we will certainly look to run a similar event next year. Perhaps we will try and look for some sponsorship to help support the event and provide even nicer prizes!

Zac (Year 5) was one of our successful debaters and straight after the final, he changed roles and joined Mr Miley and the rest of the cricket team in a match against Wilshere Dacre. Batting was a strength of the team this week and the team returned with another victory. We celebrated this success in Friday’s Achievers’ Assembly.

Thank you to everyone who supported the Year 6s on Wednesday as they ran their Enterprise Day. There was a whole host of fun games and activities for the pupils to take part in as the Year 6s became entrepreneurs and raised funds to put towards their end of year party. I had a go at a few of the games and spent quite a few pounds determined to score a goal against Charlie B. And yes, Charlie, I did pay up! I have no doubt the Year 6s will have a great time on Friday 12th July.

On Wednesday evening, Mrs Bryan, the teaching team and a group of expert pupils, hosted ‘Maths in Action’, an information event looking at Maths Mastery and the approaches to teaching maths at Whitehill. It seemed to be a very well-received event and the parents were very impressed with the skills and knowledge of the pupil helpers. I think there was also a slight sense of fear on the part of some parents as they looked through this year’s SATs papers to see just how high a standard the pupils have to get to by the end of Key Stage 2. Thank you to everyone who came along and supported the event. If you have any ideas or thoughts as to other events you would like to see us host, please let me know.

I was out at a meeting with Ofsted’s Regional Director on Thursday morning whilst the Year 6 pupils were doing something far more fun, trying out their French skills in Café Rouge and then having a PE lesson at Hitchin Swimming Pool. They had perfect weather and the feedback from the staff was fantastic; so much so, that I received a text towards the end of the morning requesting permission to buy the pupils all an ice-cream. How could I refuse?! I was not jealous at all as I saw the photos on twitter of the pupils sitting by the river in the grounds of St Mary’s.

We had a governors’ meeting after school on Thursday and then I was at a consortium meeting on Friday morning. Before heading off to Friday morning’s meeting, I was able to lead this week’s Achievers’ Assembly.

The music this week was provided by Izzie (Year 6) who sang and Alice (Year 6) who played the piano. Both were fantastic!  We celebrated the successes from across the week and awarded Class of the Week to 3TL. This week’s winning House was Fire and it won’t be long now until we present the House of the Year award; I wonder who that will be this year? This week’s Achievers’ Assembly also featured another set of ‘Wall of Fame’ awards. Well done to all of the pupils who were awarded with their special certificate this time around.

Mrs Cook has been running around this week getting things prepared for the 50th Anniversary Ball which is taking place on Saturday. The marquee has been going up today and looks really impressive. I can’t wait until tomorrow night to celebrate our anniversary and look forward to sharing a drink (or two) with those of you who are joining us.

Looking ahead to next week, we have our House Assemblies on Monday where the House Captains will talk with and motivate their respective Houses for one last time. We also have various dress rehearsals for the Gym and Dance displays this week and also Hitchin Festival which is taking place on Monday evening.

The gymnasts and dancers are performing at HGS on Tuesday, Wednesday and Thursday evenings as well as on Wednesday afternoon at which performance our Year 4s will be going up to watch.

We have our Open Afternoon on Tuesday and parents of pupils in Years 4, 5 and 6 have the opportunity to come and have a look around the school from 2.30pm. Later that afternoon, we will be joined by the incoming Year 3s and their parents for a look at their new classrooms and also the chance to hear me talk about transition and the next four years at Whitehill.

On Wednesday, Imogen and Poppy (Year 5) will be performing poetry at the National Theatre in London as part of the National Poetry Awards, having been successful in their submission. We are so excited, as this is such an achievement and we are delighted that the rest of the Year 5s will be travelling down to support them. I hope to be able to get down to London in time to see them perform, before heading back to Hitchin to watch the Gym and Dance display at HGS.

The other significant event next week is the Year 6 production dress rehearsal in front of the rest of the school. How have we reached that time already? I have caught snippets and it promises to be really good. Certainly, having seen some of the boys in their 1980s costumes this morning, we are in for a real visual treat!

There is so much happening at present that I am not 100% sure my diary is up to date. There are bound to be things I have missed. Please keep an eye out on twitter for updates and as always, if you are unsure, please come in and have a chat to Mrs Cook or Mrs Lanni.