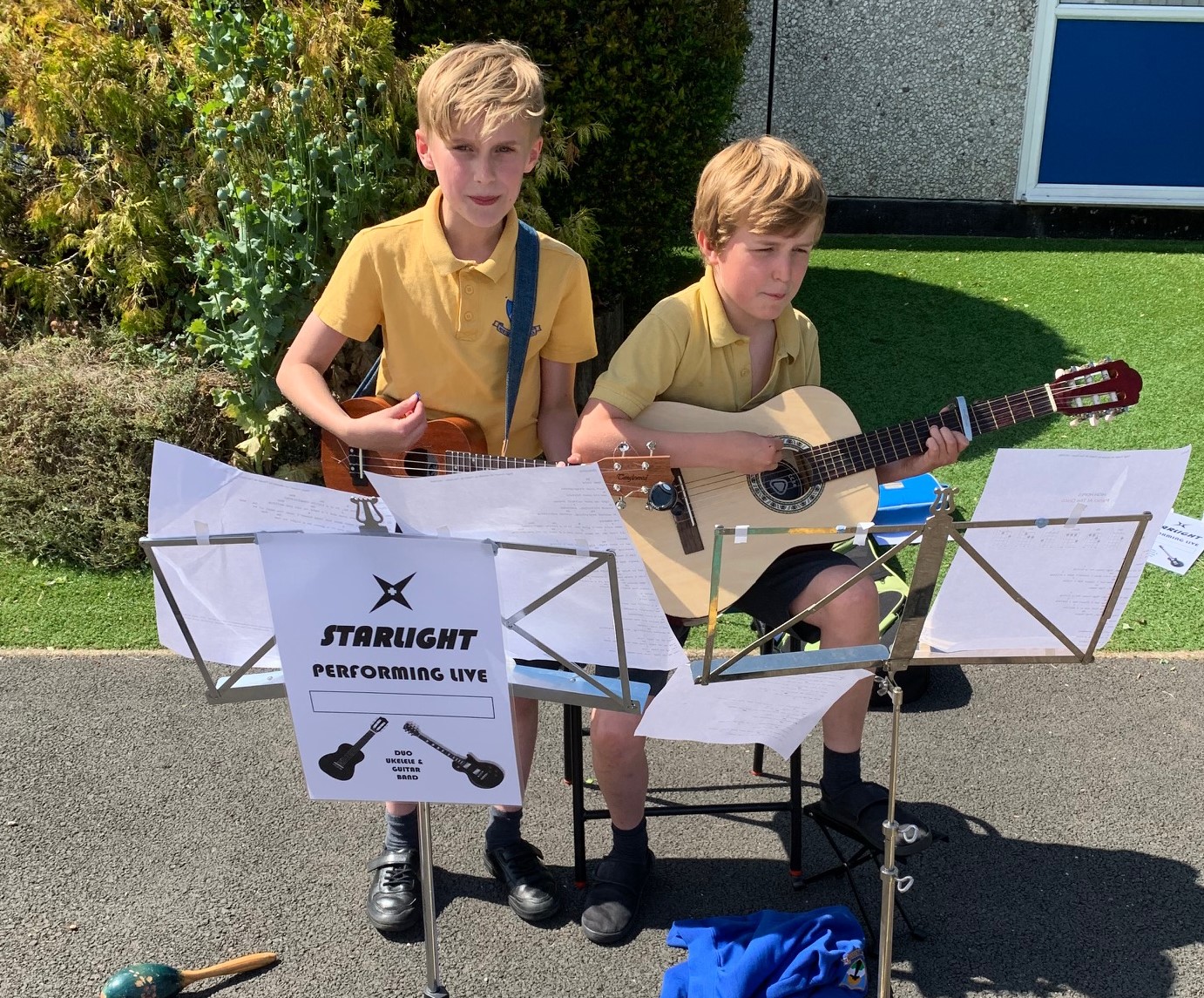 It was an early start for me on Saturday as I opened the site for the arrival of Happy’s Circus as part of the Friends’ Association Summer Fair. This is the third time the circus convoy has arrived to perform at Whitehill and it is fascinating watching the team set up with such efficiency. Everyone has a role and from a series of trailers and trucks a big top is erected in under one hour. At the same time, our fantastic Friends’ Committee and other volunteers were busy getting the other aspects of the afternoon’s entertainments prepared.

It was a great afternoon and the fair and the show were another success for the Friends. I particularly enjoyed it as I got to chat with some of our future parents who will be joining Whitehill from Highbury in the coming years. As well as being a social occasion, money will be raised for the two schools and both Mrs Avey and I are always grateful for the money we receive as a result of all events run across the year. I have already earmarked the next donation from the Friends’ Association to support the replacement of the blue and yellow wooden trim trail which is at least 20 years old and starting to show its age. We will work on this project in the Autumn Term.

Thank you again to everyone who supported this major event in the school’s calendar.

On Monday morning, we welcomed staff and two pupils from Priory School for the final transition meeting of the year. It was lovely to see former Whitehill pupils Meely and Oliver again and they chatted to our current Year 6s whilst the Year 6 teachers and I talked to the Priory staff. There are various transition visits planned for the coming weeks for some of our Year 6s and then on 11th July all of the pupils will visit their new schools for the day. This is also when all of our other pupils will spend the day with their new class teachers.

Whilst thinking about transition day, you will have received notification today with your child’s school report as to who will be teaching them next year. Some of you might have noticed that the letter giving this information is slightly different from previous years in that it doesn’t name the class, it only states the teacher(s). This is because we are changing the names of the classes for next year and we are still looking at these names. All will become clear… I promise!

The year groups will be taught by the following teachers from September:

On Monday afternoon we welcomed Phase back into school to work with the Year 6 pupils for the final time this year with the focus being transition. Thank you to Kieran and his team for all the work they have done with our Year 6 pupils this year.

Another labour intensive project this week has been the final pupil progress meetings of the year. They are very time consuming but a vital part of our assessment work. This round include current and next year’s teachers so that we waste no time in September putting in the support where it is needed for all of our pupils.

We were very lucky with the weather on Wednesday (for most of the day) which meant we could get the Inter-House football matches completed. Well done to everyone who represented their House in any of the four competitions and well done to Fire House for winning the Upper School competition and Water House for winning the Lower school one. Thank you to Mr Miley and Miss Gooderham for running the events so well and to our Sports Captains for assisting. It was a successful day.

Year 4s had a really enjoyable time on Thursday as they took part in a Hindu workshop. After a whole school assembly, our visitor got the Year 4s involved in a series of very practical and creative workshops that had pupils dressing up and performing.

We have had two additional sporting events this week, both taking place on Thursday. In the afternoon we had a girls’ rugby festival at Hitchin Rugby Club and then after school I went out to watch the cricket team play a match against Highover. Both of these successful events were celebrated during Friday’s Achievers’ Assembly which Mrs Burniston took for me as I was out with Mrs Beresford and Mrs McConnell Smith at a strategic planning meeting.

The music for this week’s assembly was provided by Eddie (Year 3) on the electric keyboard and Niamh (Year 5) on the piano. Both were very impressive! Earth won the House Cup and 4GD won Class of the Week. We also celebrated a few other sports awards and certificates as well as seeing a short drama performance from Euan (Year 5). I am sorry I missed it!

Two other great events on Friday were the visit of Highbury Year 2s to take part in a series of sporting activities run by our Sports Captains and Sports Leaders and then at the end of the day, whilst ice-creams were being served by the Friends’ Association we had Henry and Charlie (Year 6) busking and entertaining the crowds. I think we should do more of this!

Next week is just as busy and there are a few events to draw your attention to.

On Monday morning we have the ‘Transition and Change’ workshop and there are still space should you wish to join us. We are hosting an inter-school debate competition on Tuesday and have two teams taking part. The competition has been organised by Syra, a former Whitehill pupil, now HGS, and Mrs Beresford. We have five schools taking part and a panel of expert judges from across Hertfordshire.

On Wednesday the Year 6s have their Enterprise Day and letters and information should have already gone out to all pupils. That evening, we are hosting another parent information event, ‘Maths in Action’ and again, it would be lovely to see as many of you there as possible. The staff team and pupils have been working hard to put together an informative and practical session highlighting ways in which the teaching of maths has changed over recent years.

I am out at a union meeting on Thursday morning whilst Year 6 are out having far more fun at Café Rouge and Hitchin Swimming Centre. I then have a governors’ meeting that night! I know how to live!

We have a special Achievers’ Assembly on Friday and then on Saturday 29th June we have our 50th Anniversary Ball. Mrs Cook has been working tirelessly on final preparations and I have no doubt it will be great fun and a great success.

That’s it for this week, particularly as I have another dose of man-flu and am therefore really (really) ill!