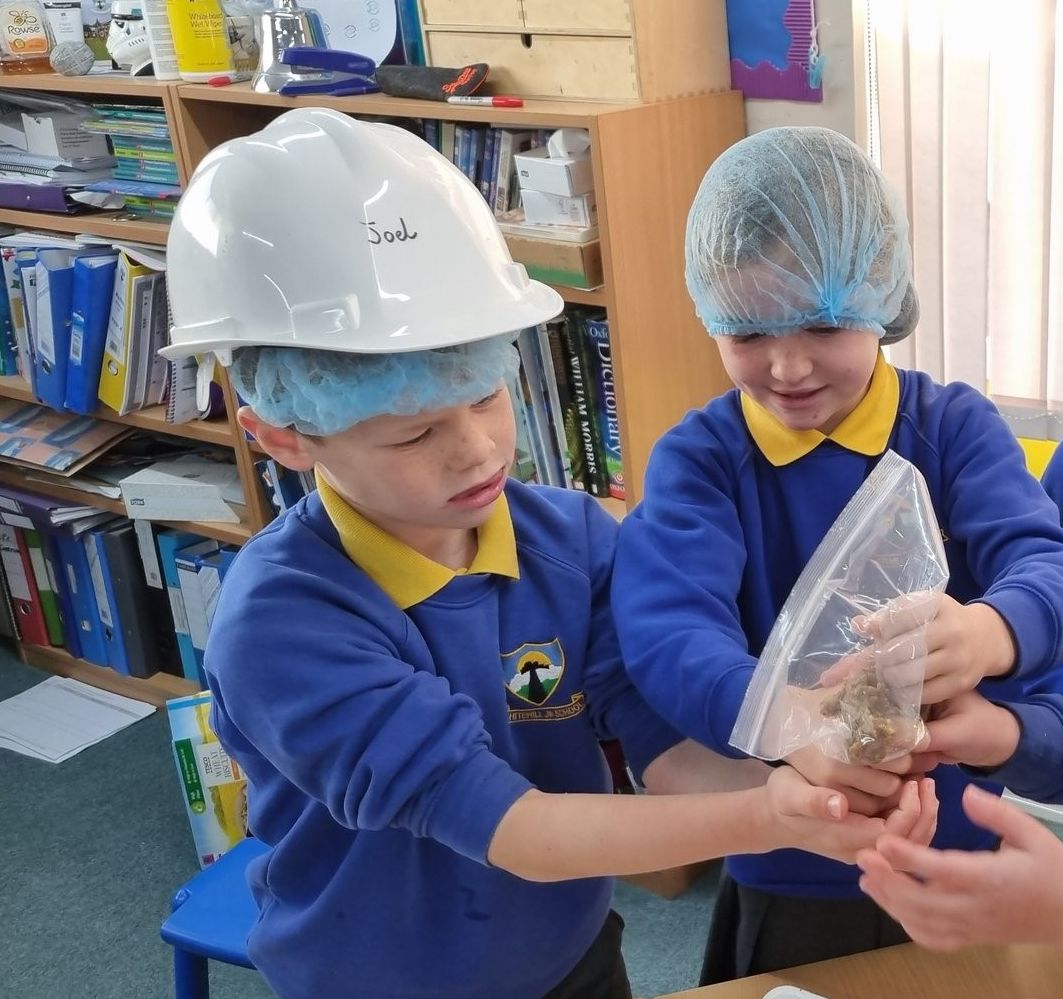 Where do I start? It’s been quite an interesting week for sure (and it’s only been four days long). Last Friday, through the weekend, saw my ‘in box’ quite active which led to meetings with the local authority and staff. As I mentioned in several communications earlier in the week we did have an outbreak but, on the whole, I am pleased with the way the Year 5s have coped; how they adapted to blended learning again and how we have started to return to normal already. The Year 5s are an incredible cohort and have once again shown this in their attitude this week.

I am due to start up ‘Biscuits with the Boss’ combined with ‘Hot Chocolate Friday’ again next week and I can think of no better group of pupils to start with than the Year 5s, who got their invites this week. More about this in next week’s blog.

The Year 3s are continuing with their play rehearsals and have worked hard to find a way to have pupils in the hall practising with pupils in the classrooms working. They seem adept at transitioning between the different locations so they are always on the stage when they need to be. As mentioned in my update yesterday, I will be writing to parents in the coming days to offer you the chance to get tickets. For obvious reasons there will be limits on numbers per family and also limits on numbers per show. The more flexibility you have on when you can come and watch, the easier it will be to make this work. We managed it in the summer with the Year 6s and I have no doubt we can make it work again. (Hint, hint!)

One of the activities I saw the pupils engaged with this week was producing cave drawings on the side of a cave. Desks were upended to created vertical surfaces so pupils experienced what it would have been like. Both Mr Lord and Mr Wells commented positively on the outcomes across both classes. It did look like great fun.

On Monday afternoon, Lamarr Class headed off into Hitchin for a local history walk. There is so much to see and find out about in our locality and Mrs Davies acted as tour guide. Orville Class did a similar activity on Tuesday afternoon and as with all aspects of teaching saw slightly different things. One area that Mr Denney’s class were able to see which we couldn’t set up for Monday was a visit to a house on Tilehouse Street. The pupils got to see inside the coach doors which were opened as well as finding out about the hermit house and brick kiln.

I had to pop into town on Tuesday afternoon and so did try and find the pupils but couldn’t see them anywhere. They were clearly on their best behaviour and not making excessive noise. Well done, Orville Class.

One of the other activities being undertaken by the Year 4s this week was the infamous ‘poo’ lesson in science. Of course, it isn’t really all about ‘poo’ but what else are you going to remember from a lesson on the digestive system? Practical science is always good fun and the pupils will remember the process from the different practical activities which represent each stage from chewing to ‘pooing’!

Upper school moved their PE lessons this week as we are not in school on Friday. On one of my ‘wanders’ around the school, I joined in a quick tennis lesson. First playing against Ruby Shea (Year 5) and then Freddie (Year 5). It was Ben (Year 5) who alerted me to the fact that Freddie was ‘too good’ and yes, I can concur. He is! I can also confirm that Freddie and his Year 5 peers are also great at football as they let me join in at breaktimes this week. I am not sure what to make of the fact they put me in goal!

The pupils were in their own clothes on Thursday as they supported the Friends’ Association non-uniform day. Thank for this and also thank you to our Friends’ committee who continue to look for ways to support both schools.

With Friday being an INSET day, we moved our Achievers’ Assembly to Thursday morning. Eddie (Year 6) provided the music for us again and this time was beamed into houses across Hitchin with many of our ‘home learners’ joining the celebration. We celebrated the amazing success George (Year 4) has had with his dog, Jasmine, in recent shows. He brought in photographs as well as his rosette. He clearly is a talented handler; well done, George!

The three weekly awards were handed out in the following way, this week. The House Cup was awarded to Earth House. The Wombles went to Kahlo Class and Class of the week was a close run thing but ended up with Apollo Class.

We had a group of Year 6s not able to attend the assembly as they were at Knights Templar School in Baldock taking part in a wheelchair basketball festival. Having played the sport myself, I can confirm it is incredibly demanding but great fun. Well done and thank you to the two teams – one from each class – who took part.

Looking ahead to next week, we have the first set of pupil progress meetings across the school. These are a series of meetings at which teachers can chat with colleagues about the pupils in their classes and discuss the progress they have made since September. As well as ‘finding out’ about the work the pupils have been doing, they are also an opportunity to celebrate the many successes across all eight classes.

With these taking place, there isn’t much time for anything else in the diary. I have a few online meetings and then any other time will be spent getting things sorted for the final two weeks of the term. I am also hoping that we will start to return to capacity again as our isolating pupils start to return. That being said, as already mentioned, I do have the return of ‘Biscuits with the Boss’ to look forward to at the end of the week.

Have a great (long) weekend.