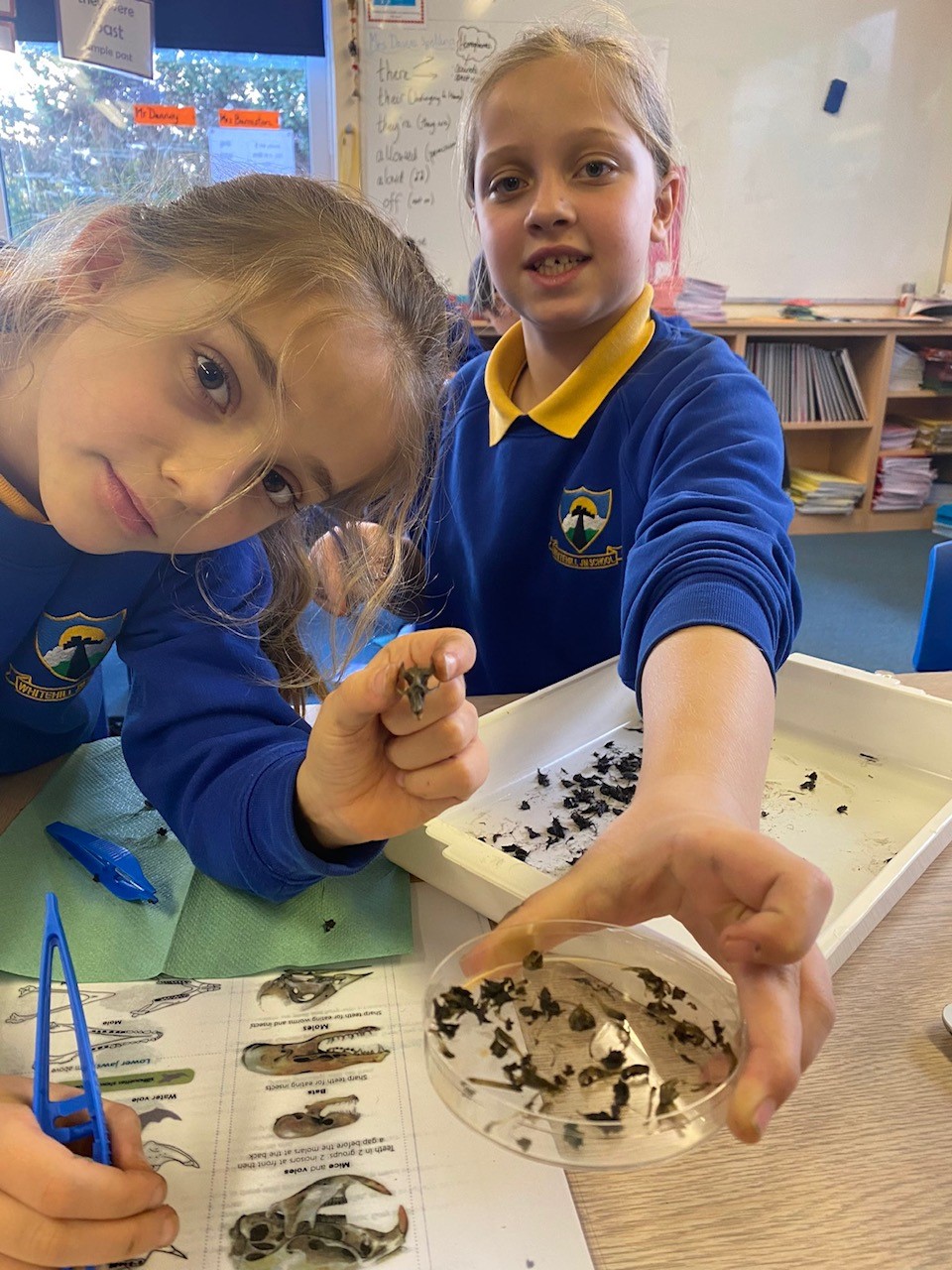 I hope you enjoyed the longer weekend; it was timely as far as I was concerned and did give a slightly extended break again as we rode the recent outbreak in school. As mentioned in my letter to parents and carers on Thursday, I do believe we have come out the other side but it is important to remain vigilant and keep in place some aspects of our management plan, as we hurtle towards Christmas. You have all been very supportive and I am grateful for this; it makes it far easier to manage the school if you have the community’s backing. Thank you.

On Sunday, I went over to Queenswood School near Hatfield, to watch our trampolinists compete in the first round of this year’s national competition. I also got to see some former pupils competing for their secondary schools and was impressed with how much they have progressed and how high they now bounce.

Our three teams were decimated by Covid and broken bones but those who were able to compete did so well. We celebrated the individual and team success in our Achievers’ Assembly on Friday morning. A particular well done to Sarah (Year 5) and Lily (Year 6) who finished first and second in their category. The good news is that those who weren’t able to compete this time around will all be allowed to represent the school at the next round at the end of January when, fingers crossed, we will have three complete teams and can bounce for a place in the national finals.

My digital assembly on Monday morning considered advent and also the Jewish festival of Hanukah. Pupils in Lamarr Class and also Kahlo Class were on form and demonstrated good knowledge of both when I tested them with some questions. It goes to show that you don’t all need to be in a school hall to have an interactive assembly.

My diary has been reasonably free this week (it’s all relative) and so I have been able to get out and about, into classrooms to see the pupils engaged in their learning. It was particularly lovely to see the Year 5 classrooms looking full again.

Year 4 pupils in both classes were detectives in science this week as they examined – very closely – some owl pellets to see if they could work out what their diet was. The skeletal remains, once cleaned carefully, were compared to a key to identify voles and mice amongst other small prey. It was fascinating to see them lay out their finds and almost reconstruct a complete rodent. Some of the bones were tiny and so a great deal of precision was required.

After school on Tuesday, staff worked to decorate their classrooms as we moved from November into December. I took on the responsibility for the dining room this year and was grateful for the support and advice from Mrs Cook, Mrs Burniston and Mrs McConnell Smith. Elliot (Year 5) also proved to be particularly helpful as he acted as ‘chief pin holder’ and was always on hand to help me secure the tinsel.

Our remote provision for pupils who are having to isolate is, I believe, very good. Pupils who are well enough to engage with the learning do so via Google Classrooms and are able to listen to the class teachers and join in with the independent work. Occasionally, after the initial input, those at home then work through a similar link with pupils in school. On Wednesday, there was a brilliant example of this as Frank and Jasmine (Year 6) took the lead and shared their understanding of line graphs with three of their peers. Such interaction and initiative is so inspiring.

Pupils in Year 3 were working on bar graphs in maths this week and, as with the Year 6 work on line graphs, were working accurately and interpreting the data very well indeed.

In Kahlo class this week, there was some great work in science as pupils explored circuits and had to identify why some of them weren’t working. Annie and Archie really rose to the challenge and showed great resilience when constructing their circuits.

The sky was perfectly clear on Thursday after school and so rather than a few games of Connect 4 with members of Cookie Club, I decided to get the telescope out again. Albie (Year 3) and his cousin, together with his aunt and grandad popped back to school too. There were awesome views of Jupiter and around five moons; Saturn, its rings and a moon or two as well as a beautiful crescent Venus. Fingers crossed for a few more clear nights before the end of term.

Our Achievers’ Assembly kicked off on Friday morning with live music as always. This week it was the turn of Oliver (Year 6) who sang for us. He has lessons in school with Miss McConnell Smith and has blossomed. What a talent!

As well as the trampolining success, we also celebrated Jacob’s (Year 4) swimming awards as well as our individual merit certificates. The Wombles this week are returning to Orville Class who have kept their room spotless again. They have asked me to pass on their thanks for all the pupils’ hard work (and of course, Mr Denney’s and Mrs Keeling’s). The House Cup was won by Earth House and Wilde Class won the Class of the Week trophy.

After assembly, several pupils from Kahlo Class were sent to me to show me their particularly impressive ‘fact files’ they had created, inspired by their Raven topic. Straight after, Rio, another Year 6 came to my office with some particularly impressive science. As well as chatting about his science, we also chatted about the very first Headteacher’s Award he received in Year 3. I remember it well as I recall just how articulate and sociable he was. He hasn’t changed!

Break on Friday saw the reintroduction of ‘Biscuits with the Boss / Hot Chocolate Friday’. I met with a group of Year 5s this week and really enjoyed listening to them chat; discuss school life and generally ‘chill out’. One thing I will have to do however, if this week is ‘typical’, is to get a lot more biscuits! I have just written next week’s invites and have decided to go with a group of Year 3s.

Looking at my diary for next week, the ‘main event’ would certainly be our Christmas lunch, on Wednesday. I have been liaising with Mrs Stokes to ensure we can make it work again and am looking forward to this year’s festive feast.

I am showing round some prospective parents on Tuesday afternoon and then dividing the rest of the week between meetings and paperwork.

The Year 3s will have the opportunity for the final run-through of their production before the three shows in the final week of term. My plan for this weekend is to begin to sort out the ticket requests… wish me luck!

That’s it for another week. There is a real ‘buzz’ around the school at the moment and a really productive atmosphere, even though there are probably a lot of tired pupils and staff. The lovely gift of biscuits for the staffroom this morning from a Year 3 family certainly helped to raise the sugar levels.