I Can’t Thank Them Enough

I Can’t Thank Them Enough 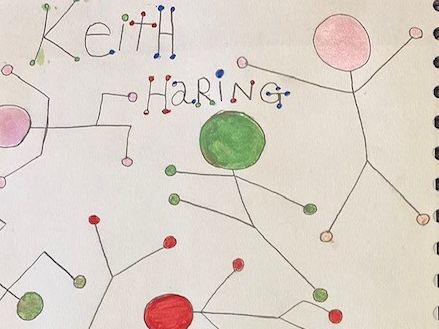 What a week! As indicated last Friday, as well as carrying out my role as a Headteacher this week, I have doubled as site manager and cleaner. All I can say is, I have done my best but I think the staff will be glad when Mr Waluk returns next week. The part of his job which has gone particularly well, however, is the lunch duty and looking after the dining room as 241 pupils get fed in an hour. I will take absolutely no credit for this but heap praise on the four Year 6 pupils who kindly (so I’m led to believe) volunteered on Monday to help me out. They have been amazing! With no fuss and little direction, they have not stopped, ensuring by 1.00pm, the dining room area and the trays etc. were cleared, cleaned and ready for use again the following day. I really can’t thank Frank, Ellie, Olivia and Ayden enough.

Many members of our support staff team were not in class on Monday but were renewing their first aid qualification. It was a long day for them but a vital piece of CPD which benefits the whole school community and I am grateful for their commitment with this. Many of the aspects of the training, we hope we never have to use but it is imperative we have staff who are able to step up to the plate should the need arise.

On Monday afternoon, I was back in Kahlo Class for another technology lesson. I continue to be very impressed with the models being made. This week we started to construct and add switches to the cars in a carefully thought out circuit. Mrs Bailey and I have scheduled a couple more sessions before half term to bring this project to a conclusion and I look forward to being able to report on the success of some of these models in the pupils’ school reports at the end of the year.

A group of pupils, including the Junior Leadership Team, met with a representative of Herts Catering on Tuesday morning so that they were able to gather feedback and advice on school meals going forward. We like to see ourselves as quite forward thinking at Whitehill and this was one of the reasons why our school was chosen for this project. “[They were a] wonderful bunch of switched on pupils,” was one piece of feedback received later that day. There will be some follow-up to this including a parent survey, so please do look out for information coming home.

Mr Denney led a whole school (virtual) assembly on Wednesday, as I reintroduced these to the weekly timetable. They were suspended whilst we got through the recent outbreak in school but they are another vital opportunity to develop a sense of community. It was quite nice to be on the other end of the screen for a change and watch someone else present. I look forward to joining Mrs Davies’s assembly next Wednesday.

I had various meetings throughout the day on Wednesday but still managed to join the inaugural ‘Maths with Munchies’ extra-curricular club after school. The quality of discussion I was involved in with the Year 5 and Year 6 pupils was so impressive. We even had a pupil join remotely so she didn’t miss the first session. Ed and Leo (Year 5s) were so switched on, for example, and were able to understand the concept of indices, including x0. I look forward to joining in again next week and not just because the ‘munchies’ were ‘cheesy balls’!

After this club, I had a few hours to get a bit more cleaning done before taking part in a governors’ training course. We are in the Ofsted window at present and the governors chose to take part in some training looking at the types of questions they might be asked when the time comes. It was a very positive session and very interesting to hear the way our governors talk about the school. We are very lucky to have such a dedicated and proactive group who clearly know our school very well indeed.

I had a lovely time on Thursday visiting and being visited by pupils from across the school to celebrate the work they have been doing. All the staff are very enthused and impressed with much of the work being completed at the moment and I saw a real cross section this week. I joined in a maths lesson in Mayan Class looking at perimeter after both Mrs Vernon and Mr Lord found me on Wednesday to say how well the year 3s were working on shape. Oscar was using terms such a ‘parallel’ and ‘symmetrical’ to sort quadrilaterals, for example. Jacob L was ‘on fire’ (to quote Mr Lord) with his responses to questions on perimeter.

Year 4 have had a very interesting week as pupils in Orville Class got to interview and question a couple of visiting ogres. I am left wondering whether it was purely a coincidence that Charlotte and Sophie (Year 6) were not in class at exactly the same time that these two characters were being interviewed?!

Milly, Ella and Noah, three other Year 4s also came to show me some of their work including some maths and some amazing, detailed artwork. Whilst I was praising the three of them for their work, it was so lovely to hear Milly share with me how impressed she was with her classmate. This unprompted response earned her a ‘caught being kind sticker’ and when she received a sports award later that day, she ended up with the complete set of stickers in one day.

It was art in Year 5 when I was invited to see Apollo’s work. Linked with their current topic, their art in the style of Keith Haring was very impressive indeed and I have asked for a copy of Catalaya’s for the ‘wall of fame’ in my office. As a contrast, there were some very impressive storyboards in Kahlo Class based on their English work on Macbeth which have already been displayed.

Before locking up on Thursday night, I was invited to meet with members of the STRB (School Teachers’ Review Body) who have just been instructed to carry out the latest review on behalf of the Department for Education. It was a very interesting meeting and a wonderful opportunity to provide feedback to this independent organisation which reports back to the government on a number of subjects including, on this occasion, teachers’ pay and conditions.

Year 5 joined me in the hall as my live audience for this week’s Achievers’ Assembly. The school was treated to live music from Libby who played her clarinet for us. I have already mentioned the amazing work being done by all classes at the moment and so Class of the Week was an almost impossible decision. In the end, it was Mayan Class who were presented with the cup. We celebrated everyone who has earned merit marks this week which meant Fire won the House Cup. In the absence of Head Womble, Mr Waluk this week, it was left to me to receive the decision as to where our furry friends would spend their week. Although I really thought I was in with a chance and rather than going to a whole class, they were awarded to the group of four Year 6s who I mentioned at the start of the blog.

We also celebrated our winners from the poetry competition we launched around National Poetry Day last October. There has been a delay in getting to this point for the reasons I shared with you around the time we were invited to attend the Poetry Together event before Christmas. I am delighted that Mrs Bailey and her family have allowed us to purchase a brand new trophy which we have named ‘The John Gohorry Poetry Cup’ in memory of her father and good friend of Whitehill School. The four year group winners who all received certificate and a prize were Nathan (Year 3), Tanveer (Year 4), Sarah (Year 5) and Edward A (Year 6), with the overall prize and inaugural winner of the new trophy going to Edward in Year 6.

During break on Friday morning, I had a lovely group of Year 4 pupils join me for ‘Biscuits with the Boss’. Tilly, Finley, Evie, Ava Lilly, George and Bella spoke confidently about areas of the school they like and also things they would like me to have a look at… and sort! The invites for next week’s group will go out on Monday.

Looking through my diary for next week, one of the key things is a morning of interviews for an admin role in the school. At the end of May, Mrs Cook, my Business Manager will be retiring after 19 years working at Whitehill and for the last nine years, supporting me and responding with the default, “no you can’t spend that much,” whenever I ask a question. I will obviously say far more about Mrs Cook in due course but I look forward to having the opportunity to bring in a new member of the admin team to work alongside, and learn from, Mrs Cook before she leaves.

I am also hoping that my temporary, additional role as caretaker will also come to an end and the school will return to the far more capable hands of Mr Waluk. Despite being off, I must thank him for being on the end of a text when I was trying to work out how to replace the toilet rolls. I can assure you it was a lot harder than you are probably thinking! Honest!

Anyway, despite my dad phoning me last night warning me against writing twice as much, just because I was doing two jobs, I will end here and face his criticisms when I get home.