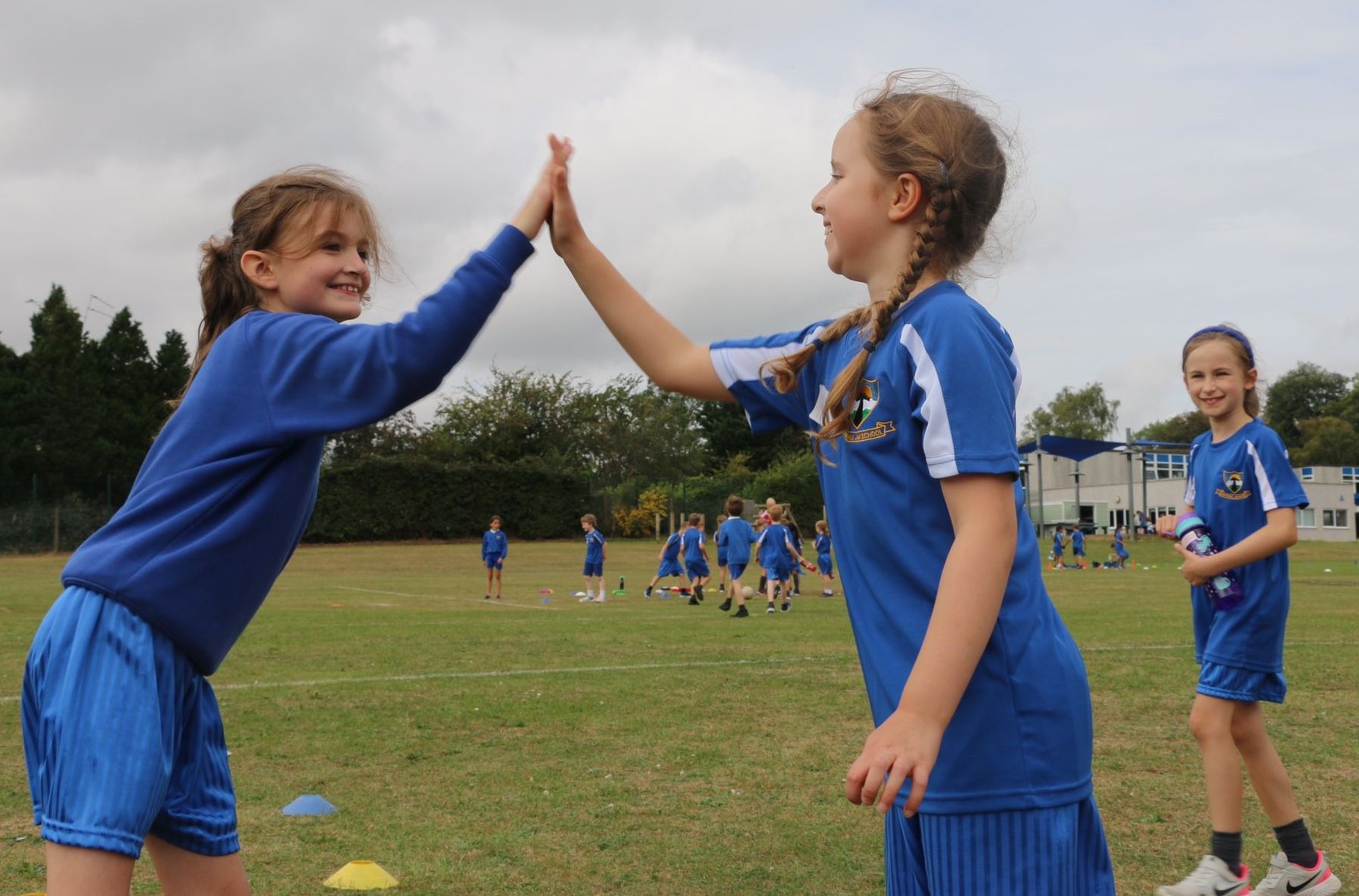 We have reached the end of our first ‘full’ week of the year and also the end of our planned ‘soft start’. These first few days each year are not filled with traditional lessons as such but are timetabled to give the teachers and support staff the opportunity to get to know their new pupils and for the pupils to get used to working with each other again. Probably more important than ever in the current times, this is something that definitely deserves our attention.

I have been walking around with a huge smile on my face this week. Not only have I been impressed with the work being done in each class, but the beautiful weather we had at the beginning of the week meant my solar panels were generating lots of electricity! I have become a little obsessed with the difference between consumption and production already. I am sure the novelty will wear off soon.

One of the activities scheduled for the Year 4s this week saw the arrival of several life-size dinosaurs first thing on Monday. The pupils also became palaeontologists, engaging in some great detective work which combined to make a great introduction to their first topic of the year.

There was a great deal of outdoor learning this week, again making use of the lovely weather. Year 5 channelled their inner Jackson Pollock on Tuesday morning taking their artwork outside. I needed to give a message to Miss Swinburne whilst they were doing this and instantly regretted wearing a brand new white shirt! Thank goodness the teachers took this activity outside, given the fact Mr Waluk had recently painted the classrooms. That being said, the pupils had great fun (as did the teachers) and the outcomes were very impressive.

Art was a great medium for many of the classes this week. In Year 3 they were producing their own Mondrian-inspired masterpieces as well as using their communication skills to instruct a partner to paint a particular scene whilst they were blindfolded. Can you imagine what the outcomes would have been if Year 3 had have combined this activity with the Year 5 art lesson. I dread to think! That being said, however, the Year 3s must have done really well as Mr Wells twice sent pupils to show me their outcomes, resulting in two class Headteacher Awards in one day. He is not giving up the Class of the Year trophy without a fight!

As well as class Headteacher Awards, the teachers have been sending pupils to see me with some of the work they have been producing this week, to receive individual awards. Sarah, Charlotte and Millie (Year 5s) were three such recipients.

We had some wonderful news on Wednesday in relation to our music provision for Year 5s. Miss McGurk and Mrs Cook have been working with Mr Brunton to secure some additional funding for the Year 5 flute and clarinet lessons and they have managed to secure a further 34 instruments to supplement what we already have. This will make the delivery of these lessons to our two Year 5 classes so much easier. For those of you new to the school, all Year 5 pupils learn either the flute or clarinet for a year under the expert direction of one of the county’s (country’s) leading woodwind teachers, Philip Brunton. It is wonderful to see them learn and also to see the progress they can make over the course of just one year.

I conducted several tours of the school on Wednesday. Firstly, with a family who are looking to send their daughter to Whitehill and then later in the day with Dr Wendie Ray, our Chair of Governors. I was exceptionally proud as I visited each of the classes, saw the pupils engaged and so enthusiastic about their work. Each class has a couple of class ‘reps’ who, when I show visitors around, jump up and welcome them to the class and explain what they are doing. Even after only four days in school, several of the classes have set this up, including Aztec Class. Joni and Chloe (Year 3s) did a wonderful job of talking so well about the work they were doing.

As well as art, there were other team-building activities on display this week. I particularly enjoyed the innovation in Mayan Class as they worked in groups of four to negotiate the trim trail whilst not dropping their ‘life stick’ which they had to hold with just one finger each. There have been many other really lovely acts of support and kindness amongst our new Year 3s who have made a wonderful start to the year.

Kindness is going to feature often in blogs and reports from me over the course of the year as we introduce a new award at Whitehill which we have called, ‘Caught Being Kind’. Mrs McConnell Smith spoke to the pupils about this on Friday and explained how it would work. It is all about those random and unprompted acts of kindness which you do because you want to rather than because someone has asked you to do it. I have no doubt that we are going to be getting through a lot of stickers this year.

It was wonderful to see Kahlo Class pupils planning and running the first ‘Activity Afternoon’ for our Lower School pupils on Thursday. They set up a range of skills-based activities and judging by the smiles, the Year 3 and Year 4 pupils had a wonderful time.

The two Year 6 classes visited the Henry Moore Foundation on Thursday and Friday this week. I joined Kahlo Class on Friday for their trip and really enjoyed myself. Despite forgetting my coat and getting soaked, I soon dried out when the sun came out. My group engaged brilliantly with our tour guide and asked some really thoughtful questions.

Being with the Year 6s meant that I was unable to be in Achievers’ Assembly. Grace (Year 5) played the piano for us this week as pupils arrived and left. Other pupils will shortly be invited to sign up to play in these assemblies. Two Year 6 pupils are organising this for me.

The House Cup this week went to Water with Wilde Class winning Class of the Week. The trophy could have gone to any of the eight classes this week as they have all been so impressive. The teachers have been texting me about the great things the pupils are doing or have been sending pupils to show me their work. The first Womble Award went to Apollo Class and it is pleasing to hear that this was also a difficult decision.

Next week, we move out of our ‘soft start’ activities into more regular curriculum lessons. My diary already looks very full but I will still make time to visit the classrooms most days to see how they get going.

I am attending a virtual Assessment Conference on Wednesday (from the luxury of my office) and with statutory assessments starting up again for the Year 6s this year, it will be interesting to see what updates we are given. We ‘do’ assessment well at Whitehill, making use of the data we generate to move pupils on in their learning, not to generate graphs or league tables.

The most exciting part of next week will be Thursday’s Junior Leadership Team hustings and election. By the end of Thursday, I will know which pupils have been elected into the inaugural team, and then we can allocate the other positions of responsibility. Namely the House and Sports Captains and any additional Ambassadors. Things are going to be run slightly differently this year and Mrs Burniston is working with the pupils to support them with the process and to manage expectations. I am always blown away by the quality of our oldest pupils. 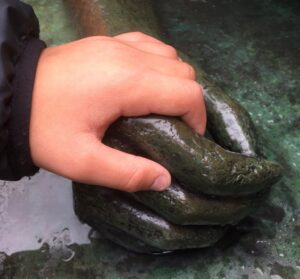 On Friday morning, during our weekly Achievers’ Assembly, we will present the badges to those who have been given a position of responsibility for the coming year.

One other event next week is the Friends’ Association ‘Family Social’ which is taking place straight after school and running into the early evening. Most of you should have received information about it already and I am aware that we have in excess of 300 people signed up already. It has been organised to bring our families together again in the absence of Friends’ events these last 18 months. I hope you will be able to join us.

Just to keep you updated, I did receive several texts from my dad about the length of last week’s blog, and so goodness only knows what he will make of this one! Wish me luck!

Awesome blog Mr. Mills, very informative and funny. I hope your dad is kind to you 😊.

Regrettably, no! 🤣 I’m glad you enjoyed reading it.