It doesn’t define you…

It doesn’t define you… 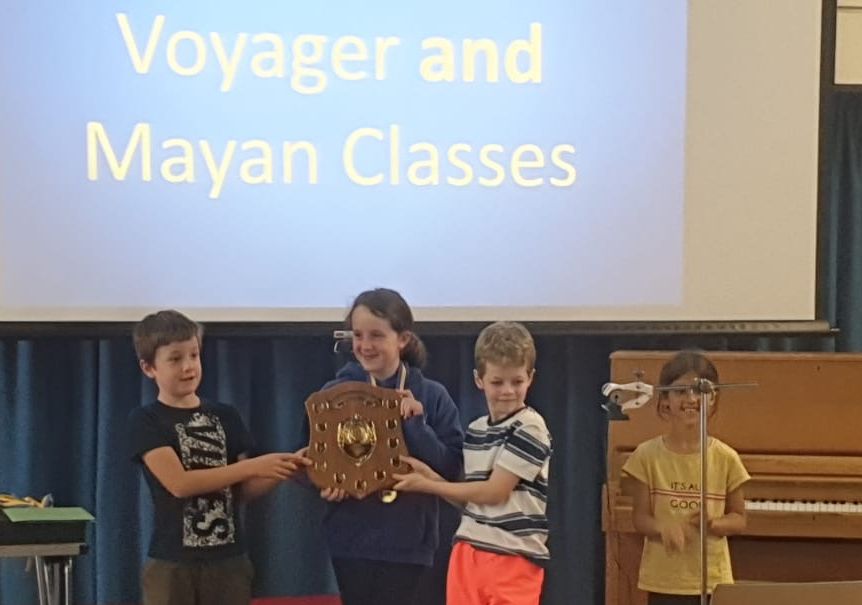 I really have no idea how to start my final ‘Friday blog’ of this academic year. We have reached the end of what can only be described as the most surreal year I have ever known; and in the school’s 50th anniversary year. Can you remember back to our spitfire flypast, the time capsule? All of these wonderful events setting up the year ahead. It seems a dim and distant memory. That being said, it is so important we don’t let the past 17 weeks define the pupils who are about to leave Whitehill for pastures new. Nor should we panic about what hasn’t been done; instead let’s spend time reflecting upon the many achievements and successes during this period of lockdown. For fear of annoying my dad on the last day of term, with the world’s longest blog, I won’t list them here. I would urge you to think, however, of all the new skills acquired in your homes, such as how to make banana bread or how to hold an efficient ‘zoom’ meeting, for example. Skills that will be used again, not just at home but also in education as a whole.

Earlier today I held our first ever whole school virtual assembly. We had pupils watching from their homes, their classrooms and our wonderful Pod 5 pupils were in the hall with me. I think it worked – we had in excess of 138 live links! When we return in September, whole school assemblies are still going to be on the banned activity list and therefore this was a good practice for the weekly Achievers’ Assembly, I am determined to still have. Some pupils will be in the hall but the majority will view it from their classrooms, with Mrs Beresford running around the school delivering the cups, trophies and certificates to the worthy recipients. As I keep saying at the moment, the answer is not ‘no’, rather, ‘how can we make this work?’

One of the highlights of our school year is the presentation of our Core Purpose Awards. We did this again today and there were 14 recipients from across the school. Each pupil who received a nomination(s) from a member of staff received a certificate and a medal. The overall ‘champion’ had their name engraved on our Core Purpose trophy and received a replica to keep. This year, that pupil was Niamh in Year 6. Well done to everyone who received an award today; they were thoroughly deserved.

We also celebrated a few sports awards, including for the ‘At Home Sports Day’, which Mr Lord and Miss McGurk put together for us. It was such a fun event (and slightly competitive in places) and as well as the individual medals, Fire House won the overall cup. The winners of the ‘In School Sports Day’ competed for by the Year 6 pupils saw Earth House triumph.

On behalf of all the staff, can I thank you all for your kind words and gifts we have received. On many occasions, staff have been reduced to tears by your cards and messages which demonstrated how much you have appreciated the efforts they have gone to across the whole year. All we have achieved has only been made possible by the generous, ‘can do’ attitude of my amazing team. I know how lucky I am to work alongside these people so I will also use this time, like you, to thank them for all their hard work.

There are two things I would like to draw your attention to which I think may be of interest to you all.

Firstly, the much anticipated Whitehill Cook Book organised by our Head By, Jude, is now available to order. On behalf of Jude, can I thank you for your contributions to this book and would urge you now to have a look at this flier which gives you all the information as to how to order a copy. All profits are going towards the local ‘Feed Up, Warm Up’ charity which supports those in need of food, clothing, care and support. A worthy cause. Well done, Jude!

The second exciting event is an art-based project we are running over the summer holidays. To celebrate our 50th anniversary, I have commissioned former pupil and local artist Velvet Cooper to produce a print of the school and we are hoping pupils will help make a display of artwork which shows off their favourite parts of the school. Again, we have produced a letter giving all the details. It would be lovely to have as many submissions as possible so we can produce a fantastic display of Whitehill paintings and pictures.

As we finish the day early, let me do the same with this blog. (See dad, true to my word!)

Please do keep an eye on the school website throughout the break as I will post announcements relating to September on the updated blog. I will also email out key information but just in case, I will confirm again now – unless told otherwise by the government – we will see you all on Wednesday 2nd September.

Have a great summer break. Now where’s that champagne?!