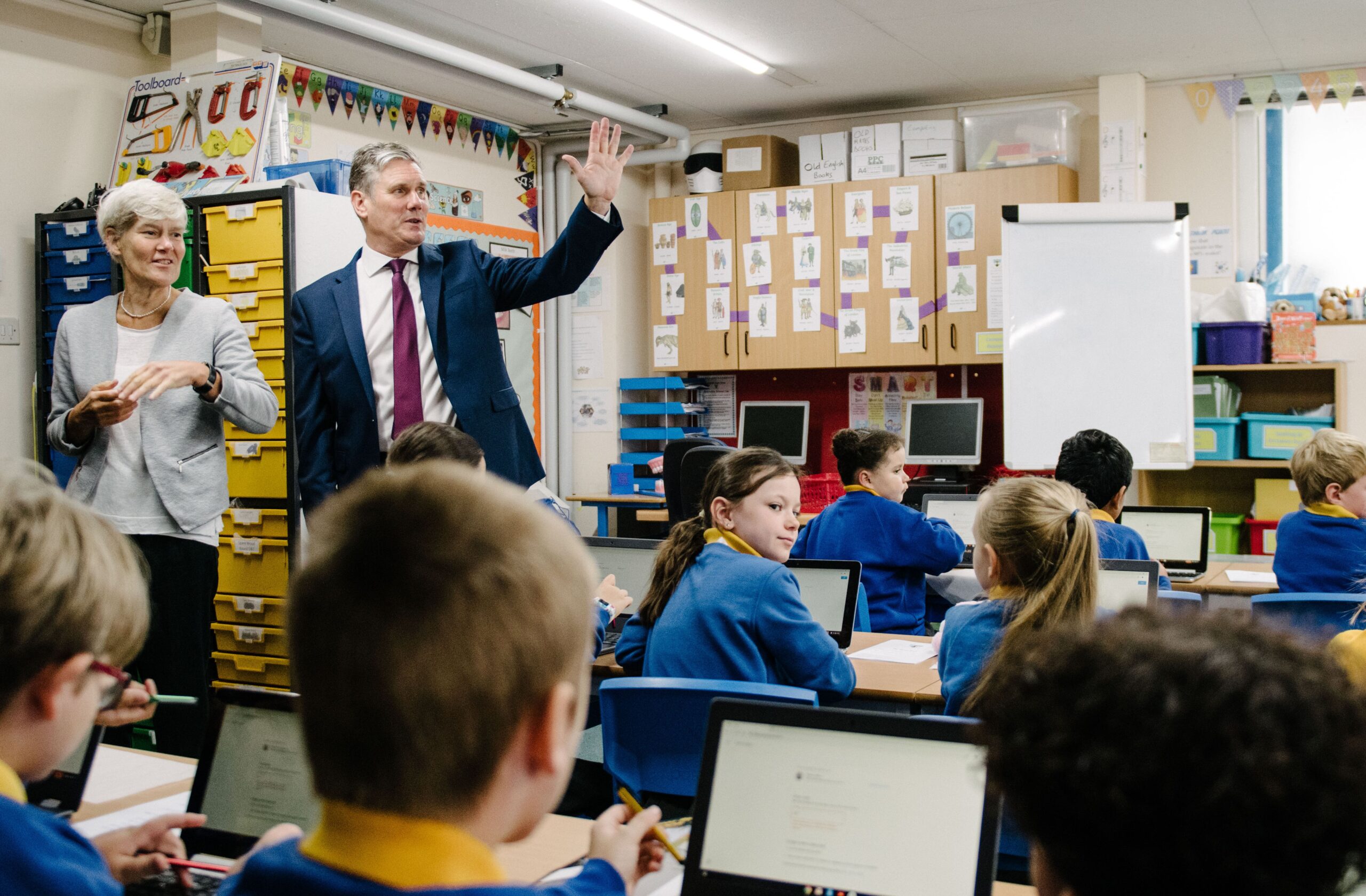 We might only have been back three days but it has certainly been an eventful and very productive start to the new academic year. Couple that with the fact that the majority of pupils have now done one more days ‘in-school’ education than they had done between the middle of March and the end of August. I can assure you that the staff were so excited to get a class of pupils back again and actually do the job they love, albeit with a few additional Covid-related complications. Remember, we don’t say ‘no’, we say, ‘how can we make this work?’

One of the adaptations we made for the start of the year was to extend the arrivals times slightly so that we could reduce congestion on the playgrounds. It was clear by the fact that at 8.35 on Wednesday morning 239 out of the 240 pupils were here, there was a lot of excitement and enthusiasm to return to school. Enthusiasm from the pupils and, I suspect, enthusiasm from some of the parents who would be child free for the first time in six months! It did prompt a friendly reminder from me late on Wednesday and I am pleased that Thursday and Friday were much calmer and considerably less congested. Thank you for this; we do want to keep our school as safe as we possibly can and with your support, it keeps me feeling relaxed and hopefully you, reassured.

Walking around the school at various times on Wednesday, I was so impressed with the way the pupils settled straight back in. Even our new Year 3s looked right at home with Mr Wells and Mr Lord and taking part in some exciting lessons. It is imperative we get the start of this year right more than ever and think really carefully about the way we support the pupils’ wellbeing as well as their academic progress. Without the first, the latter will prove to be a real challenge. We have a clear plan for what is being referred to nationally as a ‘recovery curriculum’ and I am really pleased with our attention to detail and the drive to put the pupils at the heart of what we do.

Two new projects for Whitehill this academic year – one permanent, one temporary – are our early morning provision and Cookie Club. I have been really pleased with these ventures so far. Again, I have made sure I have been around to see how both are running and have also spent time chatting with pupils to gather their thoughts – all positive so far! If you want any information on Cookie Club for after school provision, details can be found on the school’s website.

Following a successful reconnaissance visit on Wednesday afternoon to ensure it could go ahead in a safe way, Thursday morning saw Sir Kier Starmer and Shadow Education Secretary, Kate Green come to school. It was a very interesting morning to say the least but for us, the biggest plus was the opportunity to spend time with two people who were keen to listen to our concerns and thoughts on the education agenda. Although Keir was on quite a tight schedule, he was with us for an hour and did find time to chat with some Year 6 pupils about his role; a perfect Q&A for this cohort who study parliament as part of one of their topics.

We had longer as a leadership team with Kate Green, who was at Whitehill for around two and half hours. It gave us an opportunity to talk in detail about education over the last six months, education going forward and the need to get it right. I do feel we were listened to by both politicians (which isn’t always the case) and for that reason it was a very positive experience. I hope that this dialogue will continue over time.

On Friday, we had our first new style Achievers’ Assembly. Year 4 were my live audience with the other three year groups watching via Google Meet from their classrooms. Although there were a few teething problems with sound in a couple of classrooms, it was a very successful morning. Even Mrs Cook and Mrs Lanni were able to watch the assembly from the office. Despite only being back for a couple of days, we did present our usual two trophies. Earth won the House Cup which is awarded to the House which has earned the most merits over the course of the week. The four Houses were separated by just seven merits. We also presented the first Class of the Week award and this went to Aztec Class. Well done to the new Year 3s! In reality, I could have presented the cup to all eight classes. Here are a few (of many) comments the class teachers shared with me about the first few days back with their classes.

Another change we have had to make to our practice is the way we serve lunch. We have had to move from a continual stream across an hour, to four individual sittings. That gave us the opportunity to clean the tables and chairs, swap cutlery trays etc. in between each of our year group ‘bubbles’ coming into the dining rooms. It is a mammoth team effort and I am pleased to report we got much better over the course of the three days. Wednesday was a very steep learning curve but with some tweaks, Thursday and Friday were more relaxed and pupils had time to eat their lunch (sorry Year 6s!). We even got to practise ‘wet play’ on Thursday lunchtime!

Looking ahead to next week, some of our Year 6s will continue with their preparation for the Head Boy / Head Girl hustings which take place on 17th September. They have already been spending some time with Mrs Burniston to work on their presentations and their pledges. I have also been receiving some very impressive letters from our Year 6s outlining why they would make great sports and house captains for the coming year. We will know the outcome by Friday 18th.

As I am sure you can imagine, there isn’t much else in the diary for the coming week. The pupils will have further opportunities to settle into their new classes, work with their new teachers and adapt to the new way of working.

For those of you new to these blogs, I hope you will find them informative, interesting and perhaps, even occasionally, amusing. I should probably also apologise in advance that more often than not, they are a little longer. I hope you have also joined our twitter feed which gives you real-time updates, key information and some great photos.