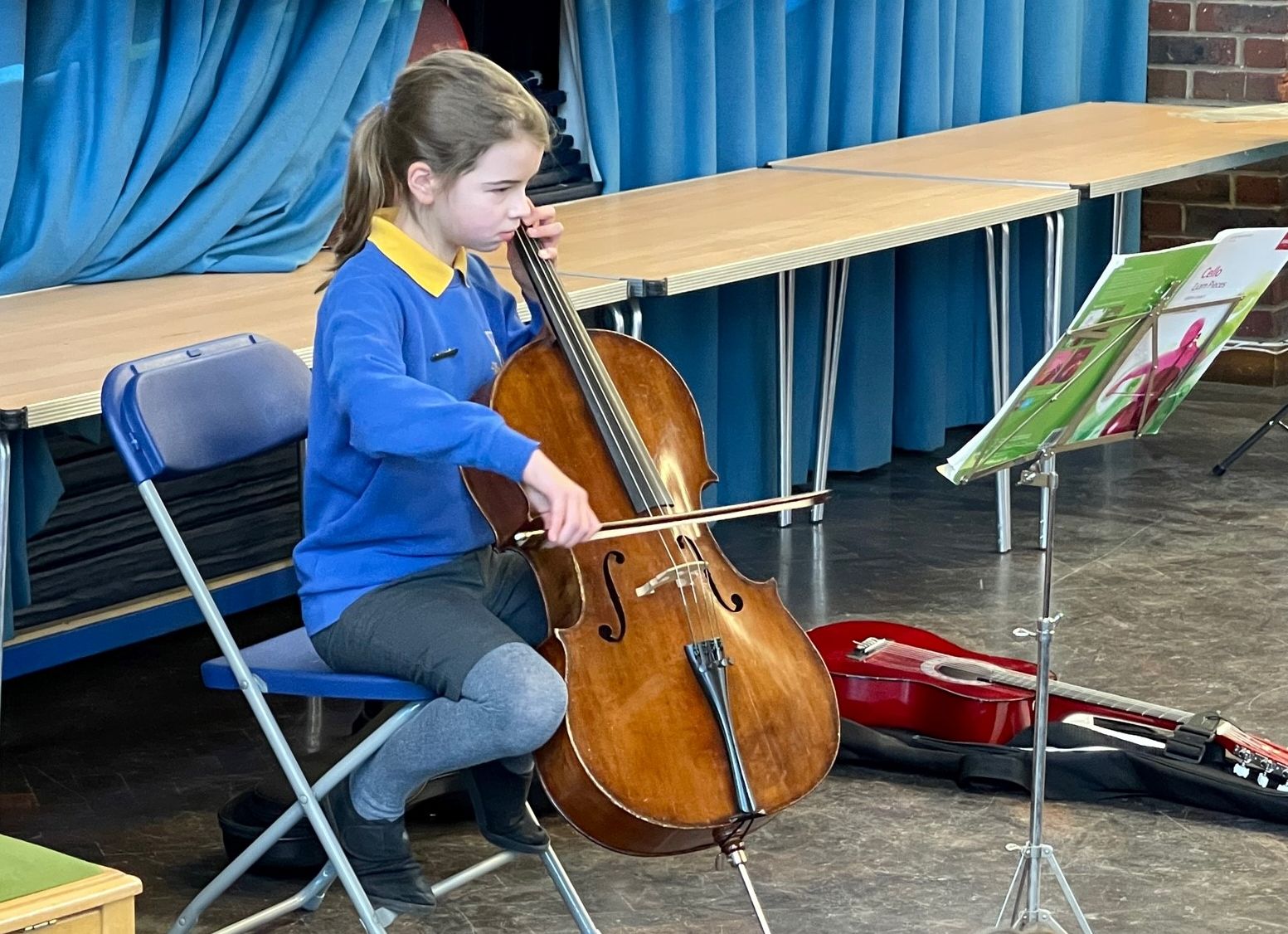 This week has been very productive indeed! I have been pleased with the outcomes of many of the meetings and discussions I have been involved with and can see the light at the end of several tunnels that I am currently navigating. Long may this continue!

Monday’s assembly was good fun – or at least I thought it was. I tested the brain power of our pupils with some logic / lateral thinking puzzles. For example, ‘What is broken, every time it is spoken?’ Or, ‘What do an island and the letter T have in common?’ I was impressed with how many of the questions the pupils knew the answers to, with twins Connor and Kieran (Year 4) doing exceptionally well, together with Grace (Year 6). I have a few more to get through and might do those on Monday. Do you know the answers to the two examples?

Phase were in again on Monday to work with our Year 6 pupils which was another good session. As I mentioned in a letter I sent out earlier in the week, Phase are going to be supporting some work with our Upper School pupils in the coming weeks, when we take a fresh look at e-safety outside of the school environment. The work includes a parent workshop and if you haven’t booked already, here is the link again:

The form also gives you the chance to ask questions in advance or suggest specific areas you might want covering. One of the main areas we want to look at is the social / emotional impact of mobile technology (mis)use which is something we are seeing on the rise in certain year groups.

I popped into Orville Class this week just as they were about to challenge themselves with some speedy tables recall. I couldn’t resist and joined in, although Mrs Locke did have to give me an enlarged print version! I am pleased to say I managed to get 100 questions answered in the two minutes I had but embarrassingly got one wrong! 11×12… I am mortified!

After school on Monday, I was in several briefing sessions in relation to the confirmed industrial action on the part of the main teacher union. In communication I sent out earlier, at this stage, it is still my plan to keep the school open to the best of my ability. Should this change, I will let you know. The dates for the proposed industrial action were shared in that initial communication. I have further briefings in the coming days where the nationwide and more localised position will become clearer.

Miss Gooderham ran our first ever inter-house Boccia tournament on Tuesday afternoon and it was a huge success. Well done to everyone who took part. Unfortunately I was out of school and so didn’t get to see any of it but judging by the photos on twitter, it was taken very seriously and the concentration and determination were clear for all to see! Well done to Fire and Earth Houses which won the Lower School and Upper School competitions respectively.

Once again I have issued several Headteacher’s awards this week many for work in maths. In conversation with Ed, Emily and Leo (Year 6) we ended up working out areas of circles and multi-step problems. They were all over it and were effectively answering GCSE standard questions.

Other mathematicians came from Orville Class to talk through the work they have been doing. Again, equally as impressive.

It is important that awards are not just handed out for attainment but also for achievement – the progress pupils make against their personal starting points. Well done to everyone who received an award this week.

Wednesday morning was spent locked away with Mrs Granger and Mrs Burniston looking at the budget and in particular staffing aspects of the budget. I am at the time of the year where I get really frustrated that the financial year and academic year are not aligned. Trying to plan staffing for the coming terms when some of the cost comes from this year’s budget and some from next is never straight forward. Of course, Mrs Granger has her finger on the pulse and is able to keep me sane!

We received two certificates on Wednesday. I have already shared the fact that we were in the top 25% of all primary schools for our attendance across the Autumn Term which is very pleasing. We also received the news that we had been reaccredited with the Music Mark award for another year. Huge thanks to Miss McGurk for all the work she does to coordinate music across the school.

Aztec Class and Wilde Class had part of their PE reward session on Thursday morning. You may have seen photos on twitter of them becoming toxophilites. (Prize if you know what that means!) We have recently purchased our own equipment and so it was good to see different ways it could be used and the different games / activities which could be run.

Members of the Senior Leadership Team are always around the school and will often pop into lessons to see what is going on. This gives us a far better impression of the great work the teachers do on a day by day basis. Mrs Burniston made a point of coming to find me on Thursday afternoon to say how impressed she had been with both Year 5 classes on Thursday afternoon. She witnessed part of a combined RSHE lesson and thought the attitude of the pupils was so impressive and the questions so thoughtful. I have been really pleased across the school with the way the Jigsaw scheme has embedded itself into our RSHE curriculum.

We have just installed a new piece of indoor athletics equipment thanks to your generosity and the work of the Friends’ Association. Miss Gooderham has recently purchased some new kit to help pupils prepare for athletics competitions and also for PE lessons. The piece below, being demonstrated by Cookie Club attendee, Connor, helps measure a pupil’s vertical jump. Mr Lord managed a jump of 50cm; Connor 29cm. I will wait to be more appropriately dressed before having a go!

In Achievers’ Assembly on Friday morning, we enjoyed music courtesy of Benny and Florence (Year 6s). Benny played the guitar and Florence the cello. It was particularly lovely to hear the cello as it isn’t an instrument that makes too many appearances in junior schools. Both pupils deserved their Headteacher’s Awards. I presented Grace (Year 6) with her Grade 1 piano certificate which she passed with merit. Grace has often played the piano in our assemblies and I can say this is thoroughly deserved.

The Wombles this week went to Orville Class; the House Cup was awarded to Air and Kahlo won Class of the Week.

Not long after assembly, Miss McGurk, several other staff members and 47 pupils set off for the O2 Arena to take part in this year’s Young Voices concert. I have no doubt it will be a fantastic experience for the pupils but I am still a little bit sad that I won’t be there to enjoy the concert this year. I know other parents feel the same. For whatever reason, the organisers for today’s concert got the maths wrong and didn’t make sure there were enough tickets available for the number of pupils who were singing. As I say, the main thing is that our pupils are there and will sing their hearts out. We will just need to make sure we watch the video at a later date. Assuming I am still awake (no pressure), I hope to return to school later tonight to welcome the pupils and staff back.

You may recall in a previous blog that I shared a photograph of some ‘pre-loved’ uniform being worn by children in India. Well, thanks to the support of Mrs Anderson again, I can share with you the fact that even more uniform which we no longer needed has been received and is very much appreciated by this community.

Next week’s main event is the Bikeability training for Year 5. Huge well done to Mrs Lanni who has been persistent enough with Herts County Council to get the training back into Year 5. Covid forced it into Year 6 but we managed to secure a second week of training this year and so can return it to its (in my opinion) rightful spot.

I am out on Monday afternoon at the University of Beds to support some final year teacher training undergraduates. I will be conducting mock interviews, preparing them for what is to come in the coming months as they start looking for their first job. I enjoy these sessions as it also gives me an opportunity to see if there is any potential new teachers for Whitehill. You never know when you might need a teacher!

I have already mentioned indoor athletics and next week we have two competitions. I hope to accompany Miss Gooderham and the team to Friday’s competition over in Letchworth.

Finally, can I thank Voyager Class for my belated Christmas present which has now taken pride of place in my office? I love it!

That’s it for another week but before I go, I need to tidy my desk. It is such a mess! 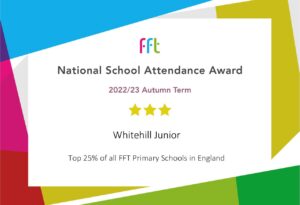