No One Missed Out

No One Missed Out 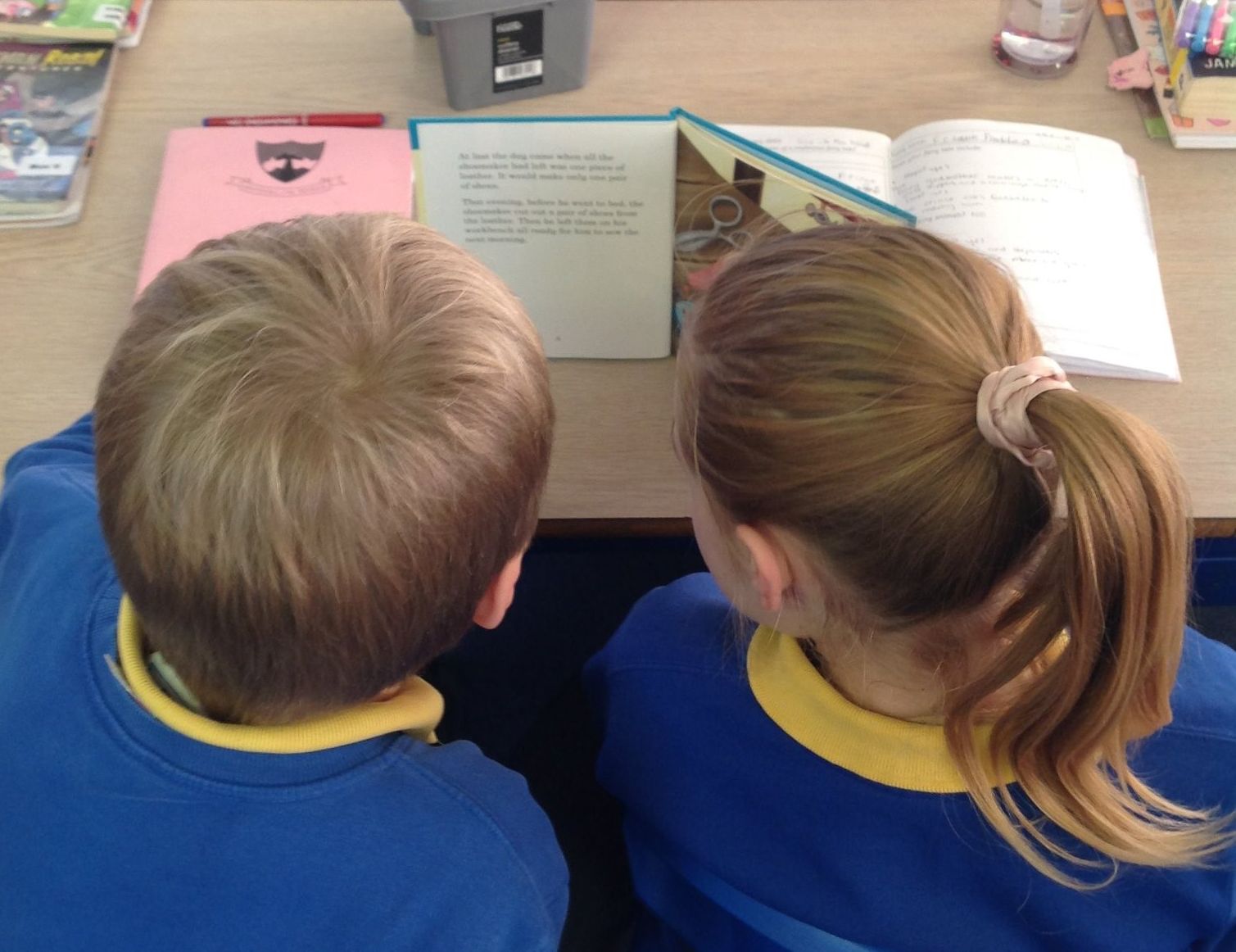 The end of the first full week after the break and certainly a very full week for me. Plenty to keep me busy in school with the opportunity to catch up with a former colleague too. I have also been visited by lots of pupils who have been rightly proud of the work they have been doing.

I was late in on Monday as I had a meeting off site but was in shortly after lunch. It still feels slightly strange being off site – something as a Headteacher I would do often pre-pandemic – as we got used to and also realised the effectiveness of virtual meetings. That being said, a chance to network in person and to chat informally with colleagues is important and carries significant value. In fact, this very topic was discussed in a meeting I attended in London later in the week; more about that later.

I have had cause to run several school tours this week. Some were for prospective parents, others were for general visitors but whatever the reason, I am always extremely proud of how the school comes across. The pupils are always so welcoming and the class ambassadors who meet and greet visitors as they enter their rooms are a credit to themselves and the school. Thomas and Esme in Aztec Class are awesome reps and I think could actually carry out the whole tour, they speak so confidently. You can see why the school is full and why there are many families on our continuing interest lists. Whilst this is lovely in itself, the funding of schools is directly related to the number of ‘bums on seats’ (so to speak) and so it is imperative we stay in this position.

It was good to be back on the playground on Tuesday morning despite the weather. It still hasn’t been poncho weather (wet and warm) yet and so you need to wait for that treat. For now it is big coat and waterproof trousers. I think I might need to invest in some wellies though if we continue to have downpours like we have had this week as I am not sure how long my ‘school shoes’ will survive!

After drying out, I had a meeting with our Junior Leadership Team where the single agenda item was a planned sponsored sports event in support of the ‘Wavey Davey’ appeal I drew your attention to last week. I will send home details very shortly, outlining how the school will be supporting this venture.

One of other the meetings I had on Tuesday was with our Attendance Improvement Officer (AIO). I reported in a newsletter at the end of the last term how our attendance is traditionally very good and in relation to national, significantly above primary averages. That being said, it is good to meet with our AIO to talk through possible strategies for those whose attendance is not what we would hope for. There should be some targeted communication coming home shortly in relation to just this.

Wednesday morning was full on. As one meeting finished, another started. 9.00am through to midday, non-stop. All were very productive and informative and covered a range of topics from chicken pie, to Year 6 SATs results to SEND support. I had half an hour after lunch before my weekly Zoom with my Chair of Governors, Dr Ray, during which time I had a queue at my door of pupils wanting to show me work. I do enjoy it when pupils come to my office clutching their books and their work, clearly very proud with what they have achieved. Headteacher’s Awards are not just given out, however; the pupils have to work for them. I will always talk with each pupil about what it is they are showing me and more importantly, why. Evie, Addi and Tilly (there’s a phonics lesson in those three names) from Year 5 had used some really effective vocabulary choices in their descriptive writing based on the Highwayman, for example. All three were able to tell me what their choices meant.

Bella and Joseph were among a group of Year 3s who had produced some informative, factual posters which I know are now proudly displayed in their classrooms.

I was impressed with pupils from Wilde Class too. Alexia’s explanation of how to present data in the form of a pie chart was crystal clear and demonstrated a very good understanding. The feedback from Mrs Bryan suggested that she could have sent anyone from the class and apparently she did! It was just a shame I was busy when the first two pupils came along. The whole class were rewarded with a Headteacher’s Award so no one missed out.

It isn’t just during the school day that pupils visit my office. During Cookie Club this week, Emma, Indi and Bella (Year 3s) came to show me the play they had been working on. Their ‘first act’ of Little Red Riding Hood was lovely, with Indi taking on the title role, Bella playing several characters including the wolf and Emma narrating and directing like a pro.

Pupils in Orville Class have been impressing Mrs Locke and Mrs Small this week in many aspects of their work, including science, maths and English. That increased effort and determination to succeed has not gone unnoticed and nor should it.

There was some quality artwork in the other Year 4 class too as pupils were working on their ‘Great Wave’ water-colour paintings.

After school on Wednesday, I headed into London to the IOE (Institute of Education) where I met up with my former Deputy Head, Mrs Beresford. We had contributed to a book, ‘Bubble Schools and the Long Road from Lockdown’, which was being launched and we were both keen to participate and also see how many quotes of ours they had included. I hadn’t noticed when we booked a ticket but the launch was also a Doctor in Education seminar entitled ‘the Educational Legacy of Covid-19’ with many of the attendees currently studying for their EdD. The pressure was on! It was a very interesting evening and what was particularly pleasing were the examples of good practice and learning from lockdown that Whitehill had and continues to implement. Perhaps I should enrol on the course?! FYI, I had five quotes included in the book!

My chess battles with Ed (Year 6) have commenced again with two matches this week. I say ‘battles’ but actually, they are so one-sided now that if they were a boxing match they would be stopped early. Ed is a very good chess player who is now able to see much further ahead than I can. I’ll keep playing him with the hope that I will learn to be a better player myself. Remember, our ethos of Profound Individual Growth applies to staff as well as pupils.

The artwork in Year 5 this week has been very impressive. I mentioned this last week in my blog and on Thursday pupils in both classes have been using water-colours. There is no doubt that some of this work will find its way onto my ‘wall of fame’ in my office.

Our Achievers’ Assembly this week started and ended with music by Charlotte and Logan (Year 4s) respectively. Huge thanks to Charlotte who stepped in at the last minute to play for us (a little like her brother used to do). Logan woke everyone up again at the end of the assembly when he played the drums! I presented Sarah (Year 6) with her Bronze Music Medal in the clarinet which she passed with excellence.

This week, our Class of the Week was Aztec. Earth won the House Cup and the Wombles are heading off to Apollo Class for the week.

I also presented a couple of swimming certificates to Emma and Lillian (Year 3s) and a gymnastics certificate to Autumn (Year 3).

My diary looks a little more settled next week which is very welcome indeed. I have put out some invites for one or two meetings and so space will fill up but for now there is definitely time to work on my ‘to do’ list.

Phase are in again for our Year 6 pupils on Monday afternoon. I often reference Phase in my blogs and we are looking to get them in to provide a session for parents on children’s use of mobile technology and the problems this can generate. As soon as we have a date for this I will let you know.

On Tuesday we have an inter-house Boccia competition. I have been seeing the teams practise this week at lunchtimes and so it is sure to be a tough tournament.

The other key event next week takes place on Friday, when Miss McGurk and several other staff will be taking the choir to O2. It is disappointing and extremely frustrating that Young Voices didn’t get their act together when it came to allocating tickets, meaning that parents will not be able to go along to support their children. That being said, I have no doubt the pupils will have a great time.

That’s it for this week. I failed in my attempt to see Come From Away last weekend and so I may try and get a ticket to see Newsies again!