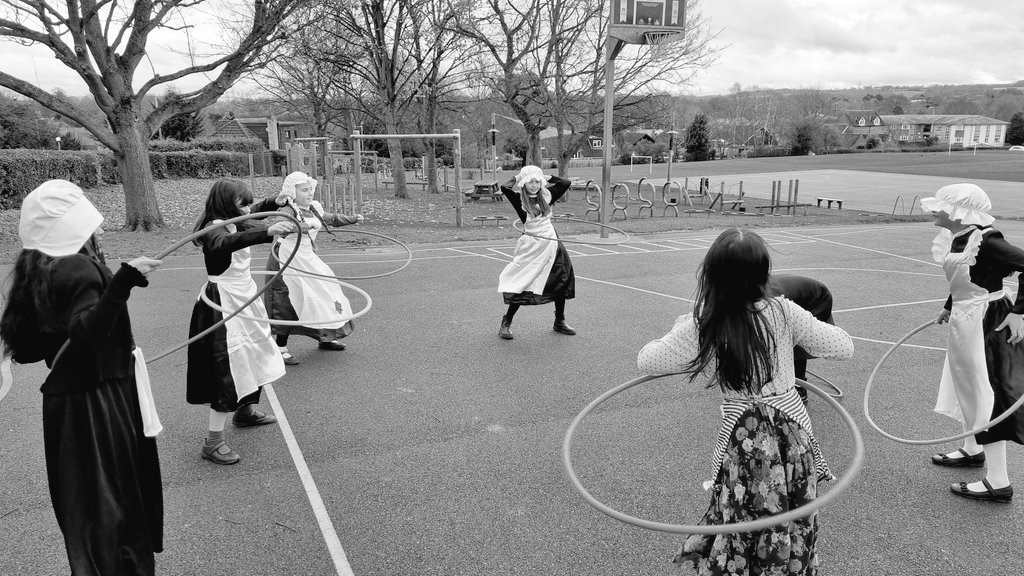 Should I start this week’s blog with an apology to my dad for its potential length, or wait until the end? Perhaps now, so he can just stop reading! I’m kidding, he will still read it and enjoy moaning even more!

Anyway, what an amazing, manic, productive, stressful, creative last week of the Autumn Term and the last school week of 2021. We have achieved so much and I have had a thoroughly enjoyable five days in school.

The week’s reflections effectively start last Saturday when we received the news that one of our Year 3s had tested positive for Covid and would therefore have to isolate for the remainder of the term. He is not the first pupil to test positive and so we would most certainly be able to support him, even feel quite relaxed, if it were not for the minor issue of him being a key part in the Year 3 production. Priority one… establish a WhatsApp Group between the Mr Lord, Mr Wells and myself entitled, ‘Nobody Panic!’ By the end of the day, my two year three teachers had worked out exactly what to do and more impressively, how to do it.

Mr Lord was in early on Monday to connect a little more tech in the hall, while Oscar’s mum had set up tech at their house to complete the jigsaw. There were a few technical rehearsals throughout the morning and we were ready to go for show one at 1.30pm.

I talk often of Whitehill being a school where we ask, ‘how do we make this work?’ rather than saying, ‘no’ and this, I think, is one of the best examples of this attitude I can think of. I was so impressed with the teaching team, with Oscar and all the other Year 3s and couldn’t have been more proud of what was achieved. It was also lovely to see this innovative idea recognised in the local press too, thanks to Oscar’s dad who touched base with the Comet after seeing the show on Monday.

All three shows were great. Oscar added something different each night, with Mr Lord and me seeing if we could spot it. The audiences were great too, and thanks to their generosity we collected around £240 for our two chosen charities. I’d say that was a pretty successful few days. And of course, nobody did panic!

My assembly on Monday morning was a lovely celebration. Not, as Mr Mills Junior thought, for his birthday, but to celebrate the Swedish festival of St Lucia. Lilly (Year 6) dressed traditionally as St Lucia and we shared the story of the origins of this celebration. Lilly then went around the school to deliver pepparkakor biscuits to all the staff and pupils. I am not sure what we are going to do next year when Lilly leaves us as I have enjoyed celebrating this day for the last four years.

In other news, I spent three mornings this week working with Kahlo Class, teaching a technology unit of work. It was lovely to spend some quality time with this class and to teach again. There is still plenty to do, although we have made a very good start and therefore I am going to return after Christmas for a few more lessons so we can get the models finished and evaluated.

There is more to this unit than simply producing the car and I was particularly interested to see which pupils evaluated and adapted as they went along and also how they were able to work independently. Ailsa, along with Mia and Edward B impressed with this but there were many others too. I look forward to working with them again in the new year.

Whilst I was watching the first Year 3 performance, our friends from Phase were working with our Year 6s again. They are a wonderfully supportive local charity and we look forward to welcoming them back again in 2022.

Year 4 spent the day in black and white as they travelled back in time to the 1800s. They experienced the ‘strictness’ of Victorian teachers whilst hoping they wouldn’t blot their copy book. It was fun walking into the two classrooms during the morning to see that there was the expectation that pupils were to stand up for the ‘headmaster’. The problem was, I kept forgetting to tell them they could sit down again.

On Tuesday, there was a bit of a clash in my diary. In school, pupils (and some staff) took part in a cross-country club ‘Santa dash’ around the school field. I was unfortunately ‘otherwise engaged’ offsite at the Junior Leadership Team meeting at Pizza Express. When the Year 6s were introduced to the new roles, one of my pledges was to have two offsite meetings during the year as a way of saying thank you for the missed lunchtimes and meetings they have taken part in. It was a lovely working lunch and the pupils were great company as we discussed the work to date and plans to accelerate working towards the Eco Flag Award.

I spent quite a bit of Wednesday visiting classes to see the culmination of a number of projects. There was some very delicious vegetable soup to try in Orville Class and in Apollo Class, I was very impressed with the finished constellation cushions the pupils had made. I ventured into the hall at one point to listen to pupils in Voyager Class showing just how much progress they have made in such a short space of time on their flutes and clarinets.

Thursday was manic! I had two short slots where I could leave my office and escape from emergency Teams meetings or completing (overdue) paperwork. One of these breaks was spent watching Kahlo class perform their dance based on the music from Hamilton, ‘Battle of York Town’. It was incredible; so skilfully choreographed and executed. This was the second great dance performance I had seen this week having earlier enjoyed Wilde Class perform their revolution dance.

In the second gap in my day, I enjoyed looking through some of the Year 4 French folders, Madame Skinner had recommended I read. They were ‘très bien’! Immediately after, I just had to join in a quick game of Apollo Class Hungry Hippos! I am sure you have seen the videos and photos on twitter but I think I have found and activity for the next INSET day! I elected to join a team with Luca and Bailey amongst others thinking we would certainly win… we didn’t! I did discover however that the hall floor needs cleaning – as does my suit now!

On Friday morning, we had our final Achievers’ Assembly of 2021. Like this blog, there was lots to celebrate and so it was a little on the long side. As the Year 3s were in the hall with me, we reflected upon their production and presented a few Headteacher’s Awards. I also presented a Headteacher’s Commendation to Oscar. This is a rare award given for going ‘above and beyond’ and has to be supported by a number of staff. Of course, Oscar wasn’t in the hall with me, but he did join online, and I will send his award home via his sound engineer, and older brother Freddie!

It was also the time of the year when we presented the half-termly sports awards to pupils across the school. Well done to Ailsa (Year 6), Lizzie (Year 3), Freddie (year 5), Edie (Year 3), Logan (Year 5) and George (Year 4) who each received a certificate to take home and trophy which sits proudly on their desks in school.

The music this week was provided by Ellie who played the piano beautifully. I have already had pupils come up to me volunteering to play in January and so we must get the sign-up sheet up as soon as we return.

The weekly awards were distributed in the following way. Class of the week was shared between Mayan and Aztec Class. Our House Cup went to Earth and Orville (once again) won the Wombles this week.

The last part of this mammoth assembly was to hand out 35 Christmas boxes kindly donated by Asda to the school. Each box had a book, some activities and more importantly some chocolate. With the help of Mrs McConnell Smith and the other staff in the hall to keep count, we placed all 241 pupil names in a hat and pulled 35 of them out. I believe pupils in all eight classes were lucky enough to receive one of these prizes. Many thanks to Asda for their generous Christmas spirit.

We finished early today for the break and I know I speak for all staff when I say that I am glad Mrs Avey and I set this date for the end of term. Dates are set up to two years in advance and so we were not to know when we set this date, just how tired we would be and what a year we would have had. Thank you for all of my cards and presents; they are very much appreciated and I know one in particular, my new biscuit jar for ‘biscuits with the boss’ is going to get a lot of use.

We return to school on Wednesday 5th January, or at least we hope to return to school on Wednesday 5th January. It is certainly in all of the DfE’s plans for schools to open as usual after the break and I will keep you updated via the Covid blog on the school website should anything change. Should you have any need to contact the school over the break, particularly if it is Covid related, can I suggest you use our consult@ email address which will be monitored daily?

So that is it for the week and for the term. I warned you (my dad) it would be long but there was so much to celebrate. I hope you are all able to enjoy some quality family time together over the next couple of weeks and I look forward to seeing you all again at the start of 2022.