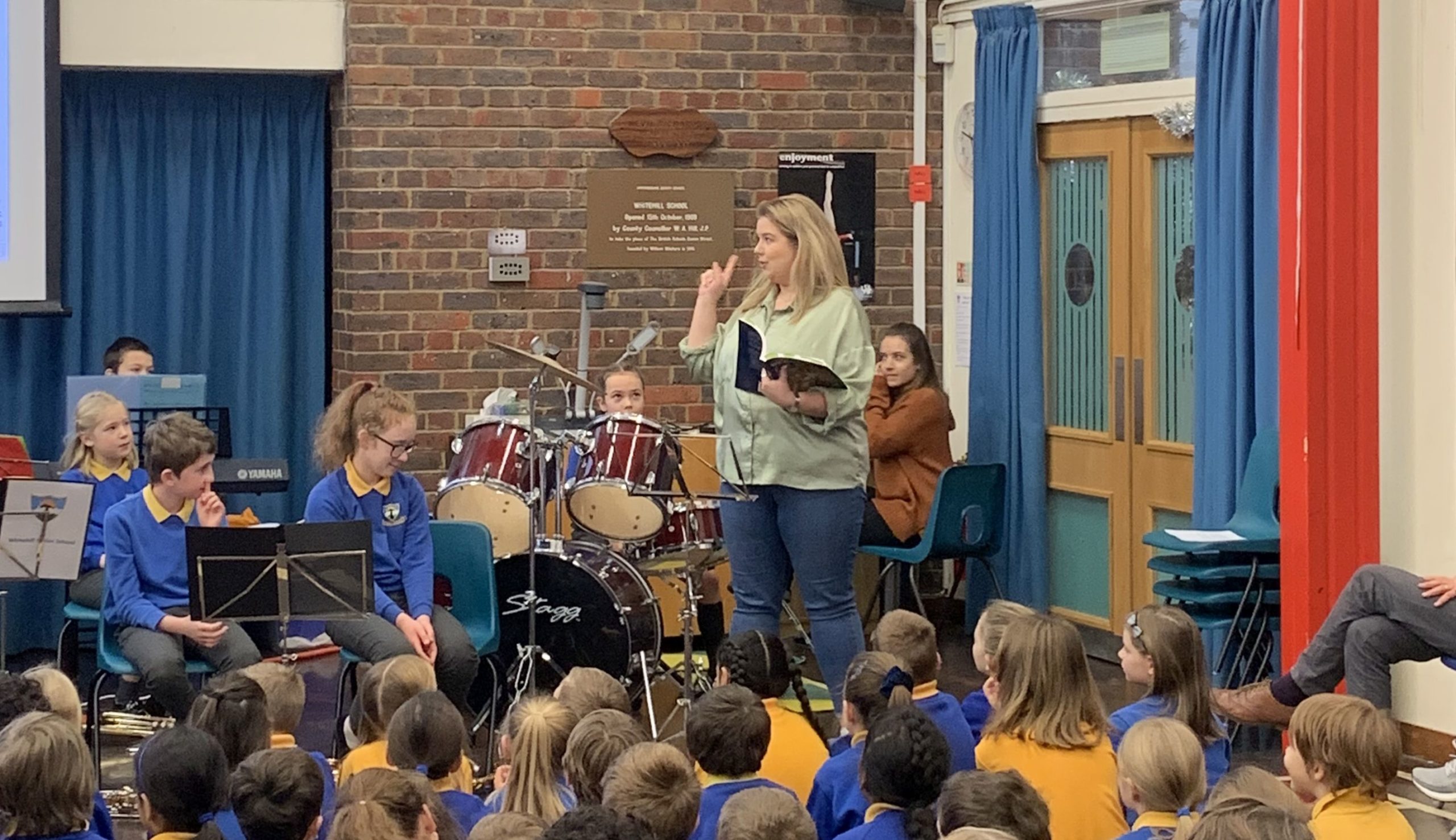 So I mentioned last week how my diary was relatively clear and how, after the manic week we had last week, I should be able to approach the Christmas break in a reasonably calm way. Oh dear! How wrong could I be?! It hasn’t all been madness as some of the meetings were necessary and productive but it has felt like I have been locked in my office for most of the week. I didn’t really get to see what was happening around the school much, which is something I do try and do on a daily basis.

My assembly on Monday was an opportunity to name Poppy and Yasmin’s replacements following their move to the North East. Isabelle has moved from Deputy Head Girl to Poppy’s replacement as Head Girl and she has been joined by Imogen as the new deputy. Yasmin’s replacement as Fire Sports Captain is Harriet. Although both girls will be hard acts to follow, I have no doubt all three girls in their new positions will do very well indeed. We wish them all the very best.

Two of the meetings I have had this week have been around the development of wrap-around care at Whitehill; or more particularly, after school care for Whitehill pupils. Things are progressing reasonably well and I feel both meetings have been productive. I have no doubt we will be in a position to offer after school provision for Whitehill pupils in due course. The work now needed is to establish who will be best placed to run it. In the new year, I will be writing to parents to gauge interest in this service from those who currently attend Fun Club as well as those who might want to make use of the opportunity. There will obviously be minimum numbers to make it viable and as with Fun Club at present, maximum numbers too. Speaking with one provider, there may well be opportunities for some part-time work and so please do keep an eye out for further information. As promised, I will keep you informed as this initiative gathers pace.

Certainly one of my highlights this week has been the music assembly on Wednesday morning. Mrs Reid, Miss Chapman and the school orchestra entertained us with some traditional Christmas music for the first part. This also gave pupils and staff the opportunity to sing along with two well-known carols. For the second part of the assembly, we welcomed Maddy back to school to once again amaze us with her incredible vocal talents and guide us through a couple more Christmas carols. Maddy is the daughter of Mrs McConnell Smith and she has performed twice before with songs from the opera and also well-known musicals. Her rendition of O Holy Night, which we did tweet for you, was just magical. We will definitely work with Maddy again in the future both in terms of further mini concerts as well as seeing how she might support Miss McGurk who is keen to re-invent our weekly singing assemblies. The initial plans look exciting!

With all the shenanigans of the last couple of weeks, Achievers’ Assembly was moved again this week and we celebrated on Thursday. With the absence of an assembly last week, we didn’t celebrate our Zonal Basketball team of William, Imogen, Freddy and Amy-Louise and so we did so yesterday. We had many pupils presented with their merit awards and this resulted in Air and Fire jointly winning the House Cup. The final Class of the Week winners of 2019 was Wilde Class.

Once again, our Autumn Term drew to a close with a visit to St Mary’s Church. As always, the church was packed and there was literally standing room only. I thought all eight classes did very well with their performance and the choir, who earlier in the week visited Gosmore Nursing Home, also sang really well. Thank you to all who were able to join us this morning, the staff and pupils really appreciated your support.

As 2019 draws to an end, there have been so many highlights. Surely our very own flypast by a Battle of Britain Spitfire must be one of the best but there have been many others. Seeing the current Year 3s settle so well; the school’s 50th birthday celebrations; a visit from ‘Mr Disney’; the launch of our new website are all worthy of a mention. It’s not all about the ‘fancy stuff’ though. The daily ‘goings-on’ in the classrooms and the amazing individual successes I see on a daily basis also make my job so rewarding. Fingers crossed 2020 brings similar and perhaps ever better opportunities.

As we look forward to the start of the Spring Term, the first week back looks reasonably quiet. Staff and pupils all return on Monday 6th January and I look forward to seeing all those smiling faces as I take up my spot on the playground to welcome you all back. Later that day, I am at the University of Bedfordshire to present to Year 3 trainee teachers as they prepare to embark upon a teaching career and start applying for jobs.

Looking further ahead, I have listed below a few key dates which may be of interest to you:

All that is left for me to do is thank you all for the cards and presents I have received and wish you all a very enjoyable time with family and friends over the Christmas break.

Thanks for all your hard work this (last!) year Mr Mills. Whitehill is a wonderful school in large part due to your enthusiasm and hard work. I am so thankful my children are lucky enough to be pupils.