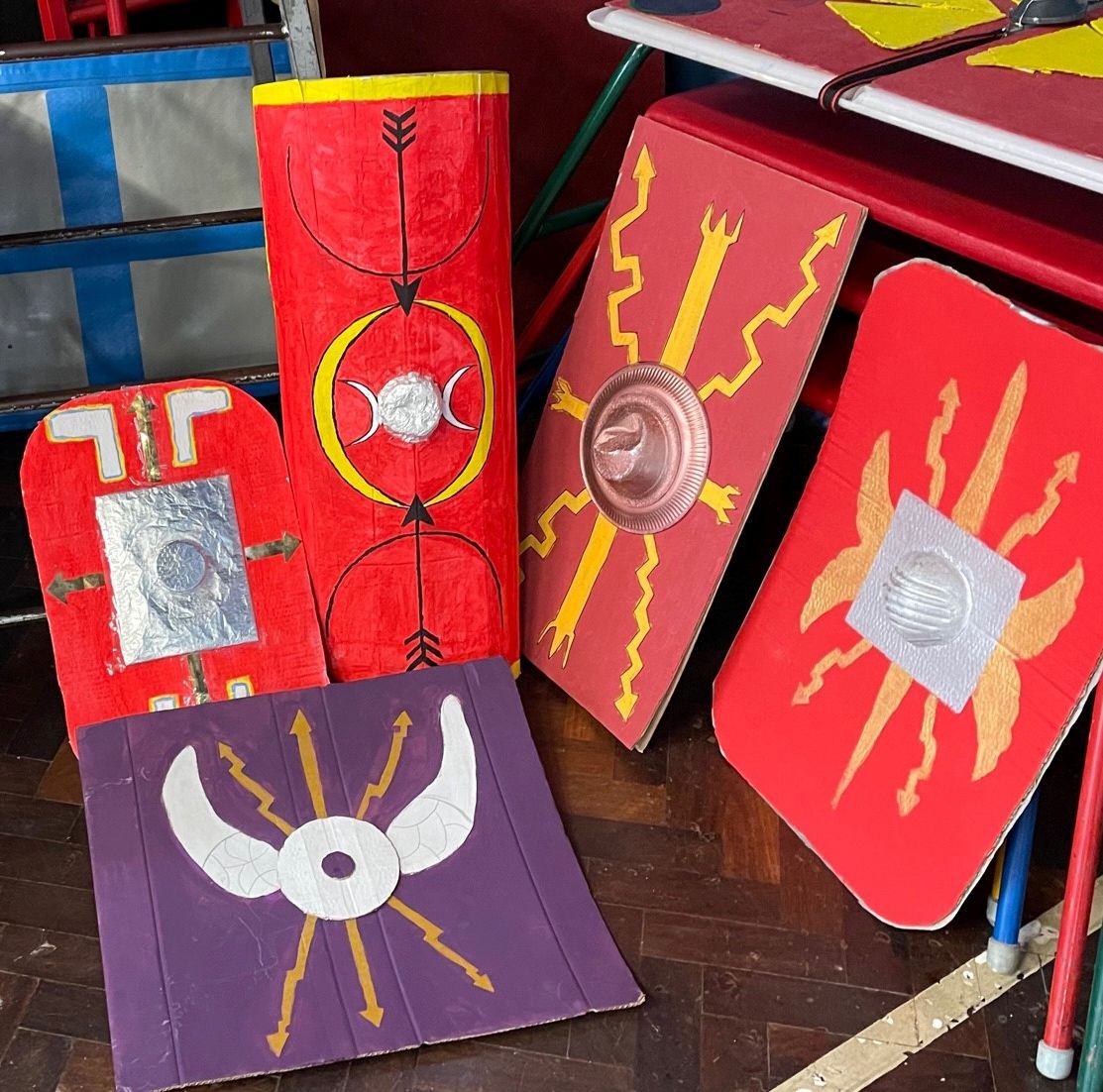 The first blog of the summer term and we have been treated to weather which actually makes me think it is the summer term. I hope you all enjoyed your break and had some quality family time and more importantly, a rest. I did manage to add to my theatre visits and yes, I did manage to see something new, as well as a couple of visits to some regulars. I also bumped into Kit (Year 3) and his sister, Bea (Year 7) outside my favourite show! Bea saw the show… Kit preferred the Lego Store!

The term will fly by. There is no doubt about that. There is so much to fit in and with only 60 teaching days to do it, it will feel very busy indeed. I don’t feel my feet have touched the ground this week; jumping from one meeting to another. My post-it note reminders all over my desk are increasing exponentially as are the emails I write to myself. No, I’m not that lonely – I just find it the best way to remind myself of stuff!

Anyway, as I did playground duty on Tuesday, welcoming you all back, I also welcomed Year 4 Roman legionaries with their amazing shields. I, like Mrs Davies and Mr Denney, was blown away by the effort that had clearly been put in and also the end products. They have been on display in the hall all week so that the rest of the school could see them. I found a few minutes in the afternoon to join the two classes as they tested their understanding of defence formations. Replacing arrows and other weapons with sponge balls, the staff tried to find gaps in their ‘turtles’. The only way I could get through was by cheating! Both classes were rewarded with Headteacher’s Awards for their great work.

Sammy (Year 5) left Whitehill at the end of last term as his family relocated. I was delighted, however, when he returned after only one day (albeit in his new school’s uniform) to take part in the County final of the Maths Challenge. You may recall he was a member of one of our teams last term which progressed through to the finals. He joined Maya, Grace and Florence, with the team doing very well indeed. They finished in the top 10% of schools across the whole county. A great result! Huge thanks to Mrs Small for facilitating this and also for acting as Sammy’s chauffeur so he could take part. I would like to wish Sammy all the very best as he continues his educational journey at his new school.

I do enjoy doing lunch duty – no honest, I do – as it gives me the chance to chat with pupils. The first few days of a term also allows me to hear all about their holiday adventures too. I have booked in a few chess matches for the coming weeks. Jacob and Henry (Year 4) want to a game, as does Ed (Year 5) who is currently two games up on me. I am determined to beat him!

I was in Cambridge for most of Thursday, at a regional NAHT meeting. As I am sure you can imagine, there is quite a bit to discuss at the moment, particularly with the recently released White Paper and SEND review. I will be away next Friday, too, at a national NAHT conference which lasts three days, going into the weekend. It will be interesting to hear what my colleagues across the country think about the latest announcements.

From Cambridge, I made a flying visit to school on my way to Hitchin Girls’ School for a trustees’ meeting at the end of day one of the new headteacher interviews. Headteachers tend not to change that often, particularly in Hitchin and so it is exciting times for HGS but a time when decisions have to be right. Whitehill, for example, is 52 years old but I am only the fourth headteacher and so consider it a real privilege to hold this post.

As Headteacher, it is imperative that I listen to all stakeholders when leading and one such way of doing this is via our annual parent / carer survey. Thank you to everyone who responded, the results were just wonderful and your additional comments were so supportive. I was hoping to get a summary out to you this week but as already mentioned, time got away from me. I will endeavour to have it ready for the beginning of next week.

Achievers’ Assembly on Friday was great fun, as always. Eddie (Year 6) got us going with the first live music of the term as he played the piano. We celebrated Kodie’s (Year 6) dancing success, Darcey’s (Year 4) swimming certificate as well as George’s (Year 6) music certificate.

The first recipients of the House Cup were Air and Class of the Week went to Wilde. The Wombles begin the summer term in Apollo Class.

Looking ahead to next week, we have language students visiting from HGS to work with Year 5s on Monday and after school, we have a parent meeting for the Year 6 residential.

On Tuesday morning, I am visiting Hitchin Boys’ School to meet with Mr Moane, the Headteacher. It’s been a while since I have been down to HBS and so I am looking forward to the visit. Later that evening, Mrs McConnell Smith has organised a parent information evening on our 5 Ways to Wellbeing approach. An email was sent out on Wednesday afternoon inviting you to register. It is in the school hall and will last about an hour.

The Year 4 team are holding their residential update on Thursday afternoon and then the rest of the week’s diary just seems to have meeting ‘holders’ across it for me.

As a treat to my dad, I will stop writing now. A short blog to start the term.