Basking in a Book

Basking in a Book 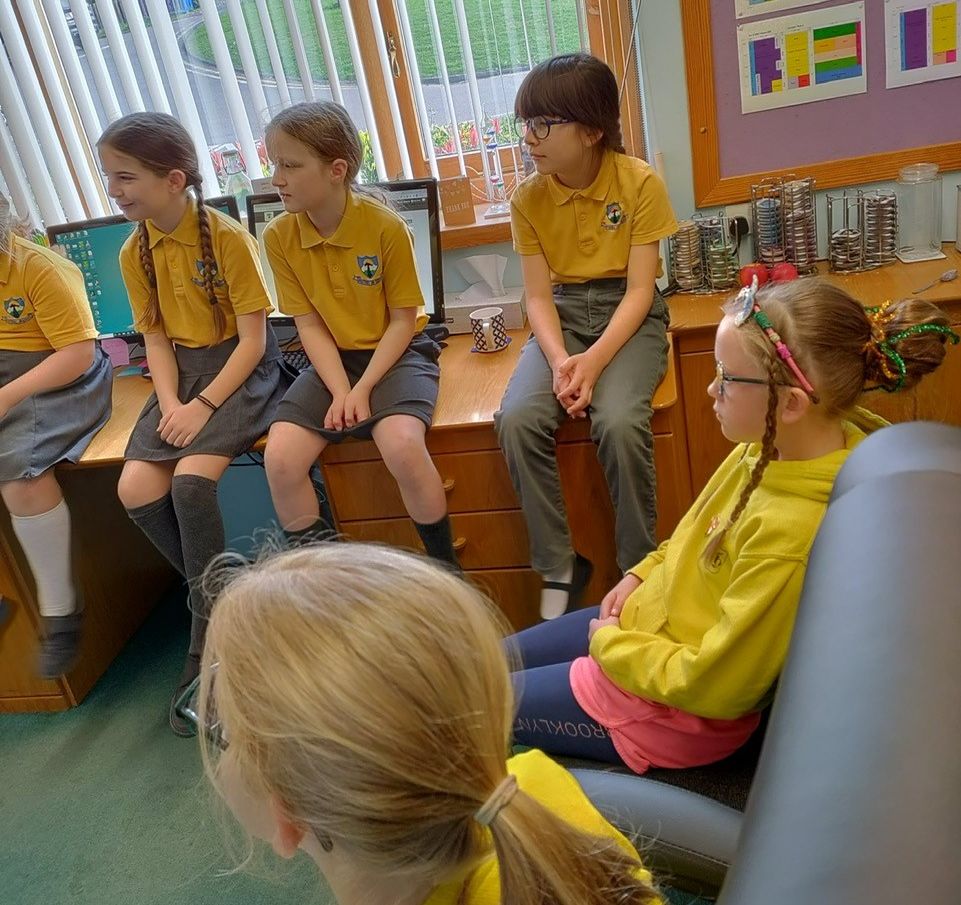 And just like that, another term ends. Although there has been some disruption, it has been a term where we have been able to reintroduce a sense of normality to proceedings which I can tell the pupils have certainly enjoyed. When we return after the break, I hope this will continue and it will be full steam ahead.

Last Saturday, Leo (Year 5) and Stanley (Year 6) took part in the National Schools Cross Country Championship, representing Hertfordshire. having been selected after the County Finals a few weeks ago. Once again, Mrs Small kept me updated and I was delighted to see the times both boys completed their respective races in. The Year 6 Team finished 3rd overall and the Year 5 Team finished 2nd which meant both boys received medals. This is an excellent achievement and both Stanley and Leo can feel very proud of their achievements.

I ventured up to Highbury on Monday morning to catch up with Mrs Avey. These meetings are important in our collaborative approach to certain aspects of our work and for obvious reasons, in-person chats have been limited. One thing we did discuss were the term dates for 2023/2024 which have now been set by the local authority and therefore I have now added these to our website.

Tuesday was a day for inter-house events. Running throughout the day were the inter-house football matches and also the inter-house TT Rockstars – a new event for this year. I dipped in and out of all the events and enjoyed the fun and supportive nature on display. Huge thank you to the staff who organised, ran or supported the day and a ‘shout out’ for Miss Gooderham’s mum who came along and collated the football scores and worked out who came where. Although the football results were shared on the day with Earth winning the Lower School event and Water winning the Upper School event, the inter-house maths results weren’t shared until Achievers’ Assembly on Friday.

Miss Gooderham stayed outside (in the cold) for a further three hours after school too, as we hosted the girls’ district football tournament. Our girls did so well, only losing on penalties in the semi-finals. That marks the end of the girls’ football season as we look forward to the summer sports after the Easter break. Thank you to the parents who have turned out regularly to help with transport and support; it is very much appreciated.

On Tuesday and Wednesday, the teachers held their consultation evenings. After the opportunity to look around the school and see books last week, the online meetings are certainly the preferred option by most. Although no system is perfect, at least this way you know the teachers will stick to time which, for some of my teachers, used to be quite a challenge.

Linked with these meetings, I sent home the link to the annual parent / carer survey this week. Thank you to those who have responded and at first glance the feedback is overwhelmingly positive. Although we all love to hear how happy people are in general, these surveys do feed into our ongoing school self-evaluation and so I take on board all comments to see if there are any trends. The phrase ‘overwhelming majority’ has specific numbers attached in Ofsted terms and so if I use this in my feedback, I am exceptionally happy. After Easter, I will write to you to share the general findings and any specific developments as a result.

We had Year 5 and Year 6 hockey players out at a couple of events on Wednesday. Teams took part in the events organised by the school sport partnership at Blueharts Hockey Club and looking at the images on twitter, clearly had a great time. Mrs Bradshaw and Mrs Wells are our hockey experts and were there looking after the teams.

I was summoned by Mrs Bailey on Wednesday evening during her consultation evening. Wondering what might have gone wrong, I was informed a pigeon has got into her classroom and she needed some assistance in getting it out. By assistance, I mean she needed me to do it whilst she hid behind a door! I have now earned the title of ‘pigeon whisperer’.

On Thursday morning, the pupils took part in our ‘Share a Story’ event. I have written to parents previously about the school’s love of books and the amazing work Mrs Vernon does to promote this across the school. As part of a number events to truly celebrate ‘World Book Day’ pupils were invited to spend some time ‘basking in a book’ being read by staff. The slight twist was that they didn’t know who was reading the story to them until they got there! I shared an extract of Frank Cottrell Boyce’s ‘Sputnik’s Guide to Life on Earth’ with my little group and had a wonderful time. Based on some of the clues from the book I read, I now have some questions over Isaac’s (Year 6) secret identity!

On Thursday afternoon, Year 6s enjoyed a Caribbean tasting event linked with one of their topics. Thank you to Miss Grinstead who had the contact for the food. I did pop into the classes and enjoyed some for myself. It was a fitting way to end a Year 6 assessment week but I must also commend the Year 6s for ‘smashing’ their tests. They are impressing at the moment and have plenty to be proud of.

Having been postponed a couple of weeks ago, the Boys’ Football Team took part in their Wix Cup semi-final against St Ippolyts after school. It was an extremely close game and on another day, I have no doubt Whitehill would have edged it. This time, however, it was not to be. The whole team can feel extremely proud of how they played and how they responded as the match unfolded. With many of the pupils being in Year 5, next year promises to be a very successful year.

Our final Achievers’ Assembly of the term was another wonderful celebration. We were entertained by Jasmine who played the piano for us. I know I keep saying this, but we really do have some talented musicians at Whitehill. This was confirmed when I also presented three grade certificates, all passed with merit, to Libby (Year 4), Joshua (Year 5) and Eoin (Year 5).

I mentioned earlier the inter-house maths fun and took great delight in announcing that Air won the Year 3 event, Earth won the Year 4 event, Fire topped the very close Year 5 event and Air and Fire shared the Year 6 event. This meant that Air House won the overall event by the closest of margins. The feedback from pupils after the event is that more would like to join in next time as they could see there was no pressure and it was all a bit of fun. Mr Wells and Mrs Small will sort something out for us.

As it was the last assembly of the term, I also presented the six School Games Values awards. Well done to Kit (Year 3), Stanley (Year 6), Eleanor (Year 6), Jessica (Year 5), Summer L (Year 4) and Archie (Year 5). Archie was also presented with a prestigious Headteacher’s Commendation Award at the same time. As much as he loves football, Archie gave up his place in the inter-house event so that his friend, Sammy, who wouldn’t get another opportunity to represent his House, could play instead. What an incredible act of generosity which typifies our Core Purpose. I think some of the staff had tears in their eyes.

There were also awards for Sophie (Year 5) and Darcey (Year 4) from cubs and brownies respectively.

The House Cup went to Water House, the Wombles headed back to Orville Class and Aztec was presented with the Class of the Week trophy. The assembly finished at 9.45am! It was long!

We can now enjoy a two week break before we return for the summer term. Not wishing to frighten you but when we return on Tuesday 19th April, we have only 60 teaching days left until the end of term. Don’t panic!

During that first week back I am away for a conference on the Thursday and have a few other meetings in school. The rest of the week doesn’t look too bad before the calendar starts to fill up in the following week.

I am off to try and find some Easter sun tomorrow but looking at the weather forecast am slightly confused as to what to pack. That being said, I don’t actually pack and just have to cross my fingers that my wife has everything covered!

Have a great couple of week and don’t each too much chocolate!