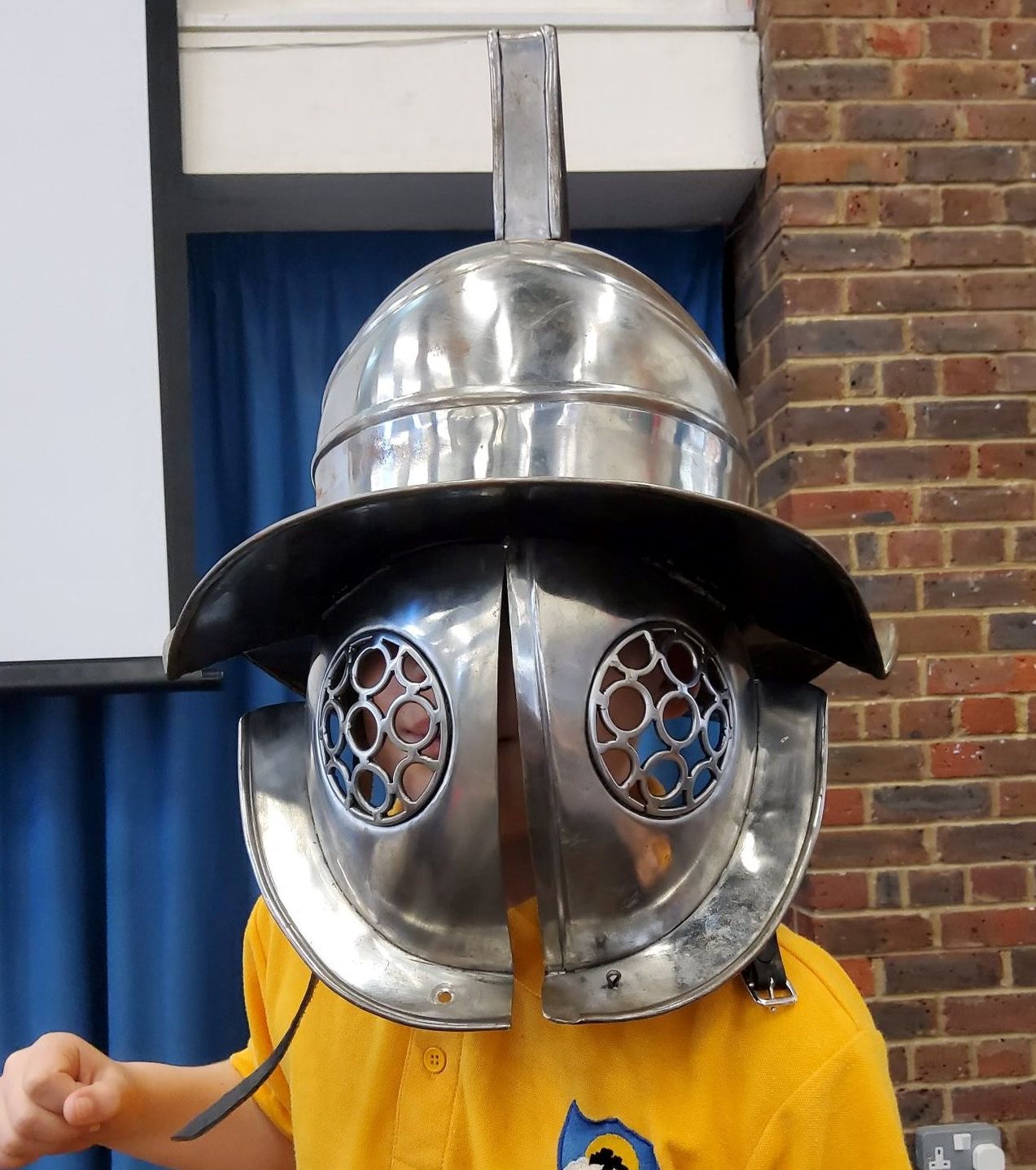 And just like that we reach the end of another week and this time, it is the end of the penultimate week of the Spring Term. The weather certainly lifted the spirits around the school and in budgeting terms, allowed me to reduce the amount of hours the heating was on. When we return after the break in a few weeks’ time, the heating is going off!

On Saturday morning, we hosted the district netball rally for ‘A’ Teams. It was a beautiful morning, if not a little windy.  I was manning the recording table with Mrs Bailey enjoying the occasional Party Ring, whilst the other staff and parents were cheering on the team. The team played really well, including a very close match against Ickleford. At the end of the morning, I was delighted to announce that Whitehill had won all their games thus retaining (again) the trophy. Well done to all who took part and especially to Mrs Bryan, Mrs Small and Miss Edwards for their work coaching the team.

Anyway, my assembly on Monday asked pupils to help me out. We seem to have adopted the habit of leaving ‘stuff’ around the school in places ‘stuff’ shouldn’t be left. Our lost property collection backs this up but it is not only jumpers and plastic pots. It is pencils, pieces of paper, deflated footballs and a significant number of marker cones. I have asked the pupils to take ownership of the situation and start collecting the ‘stuff’ and putting it back where it needs to be. I have to say that I think the staff are just as culpable (don’t tell them I said so) as there are also coffee cups amongst the ‘stuff’! I will win!

Tuesday was exhausting! I spent the day with our Improvement Partner and Ofsted Inspector, Martin Roberts. It was an exceptionally productive day, but he does like to get everywhere and keeping up with him is hard work. He spent the morning with Mr Wells and Mrs Small, who lead maths across the school, looking at how we teach it and more importantly why we do it that way. He visited classes; he spoke with teachers and spent a great deal of time with pupils. He was very impressed!

He enjoyed lunch with a group of Year 6 pupils who spoke about school and what they thought of it. They also gave Martin an insight into our provision during lockdown (without realising it) which again, was quality.

During the afternoon, he spent time reviewing our safeguarding practice and also SEND provision, again, both areas of our practice we believe to be exceptionally effective. He agreed!

Having him in meant I missed the opportunity to visit the Year 4 Roman workshops but I have seen some photographs from the sessions which looked like good fun. Thank you to Cas from Hitchin Museum for coming in again with her collection of artefacts.

Wednesday felt like the next step at Whitehill for moving forward and out of the chaos of the last two years. It was in fact two years to the day (23rd March) that the country went into lockdown and so perhaps fitting that the anniversary of this saw the school have House Assemblies again. Once we had found the Year 3s who had decided they would rather listen to a House talk other than theirs, and re-associated them with their actual House, they were great fun. A chance to reinvigorate the sense of belonging that being attached to House brings. ‘Fuego, fuego…’ and other such chants can now be rehearsed for Inter-House competitions.

I had a Teams meeting mid-morning with colleagues from the NAHT before we got ready for the main event of the day, our ‘open afternoon’. As I had communicated with parents and carers leading up to it, this was very much a test event now that the consultations have been firmly established as video calls.

I think the weather helped but my initial reactions were that it was a very successful afternoon and one which had a really positive vibe. There were lots of things for me to take away from it, including the realisation that there were many visitors who had not set foot inside the school until today. They have dropped off their loved ones at the external doors but not been in the heart of the school. The pupils took great delight in acting as guides and I think the pond also got many, many visitors. It was clear that the pupils were very proud of the work they have done and so they should be.

Thank you to those of you who have already fed back and shared some lovely comments; they are very much appreciated and I will certainly share them with my team.

On Thursday morning, I was locked away with Mrs Cook and Mrs Granger putting some finishing touches to the school budget and looking at several different staffing models for the coming year. This is an exceptionally challenging task particularly with increasing costs and real terms cuts to funding. For example, I have got to budget for a 125% uplift in gas costs for the coming year! I got to a point I wanted to however, and will be I a position to present a final budget to governors for approval just after Easter.

I have had a couple of chess matches this week. Ed (Year 5) beat me! I am already looking for a rematch. I also played against a new ‘chess partner’, Logan (Year 5) who is also learning the art of the game very quickly.

After school on Thursday, we held a bake sale organised by our school council. Thank you to everyone who supported their project and contributed to the school’s chosen charities. I believe we have been able to add £370 to our charity pot. I did think we were going to get a visit from one of the charities on Tuesday after school when the air ambulance got very close again before a last minute left turn saw it land closer to Kingshott, I believe. I hope everyone was OK.

Also after school, we held the ‘B’ Team football rally. Unfortunately, I was unable to attend as I had an NAHT commitment in another part of the county but Miss Gooderham told me the team played very well. Before I left school, I was apprehended by a very enthusiastic Arran (Year 6) who described his ‘worldie’ to me! This was confirmed by the other members of his team.

Pupils were in their own clothes on Friday in support of the Friends’ Association and due to a PE Advocate meeting, I was unable to lead my favourite part of the week – our Achievers’ Assembly. Mrs Small stepped in for me and celebrated the successes of the week. The assembly started and ended with Eleanor (Year 6) providing the music.

Air won the House Cup (now that the Year 3s were allocating their merits to the correct houses!) and Kahlo Class won the Womble. The Class of the Week trophy was given to Mayan. I was interested to see Miss Gooderham’s attempt to win the Womble this week although she denies it was her who emptied the contents of a hole-punch over the server room floor!

We also celebrated lots of other awards and successes including for Benny (Year 5) and Charlotte (Year 5). There was also another film courtesy of Ruby’s (Year 6) dad from last week’s netball success.

Tomorrow, Stanley (Year 6) and Leo (Year 5) take part in the national cross country finals and we wish them both the very best. I know Mrs Small will keep me updated.

The clocks go forward over the weekend which means Mr Waluk will be sending me up the ladder to change the large outdoor clock.

Looking further ahead to the last week of the term, I am visiting Highbury on Monday morning to catch up with Mrs Avey but not before Joshua (Year 5) has played the piano for us in my assembly. We have a day of inter-house events on Tuesday with football and times table (a new event for the school) taking place.

We have our two consultation evenings on Tuesday and Wednesday after school and a hockey festival (am) and a hockey competition (pm) during the day on Wednesday.

On Thursday, we have a special reading event being organised by Mrs Vernon – more about that in due course but it looks very exciting. We also have a treat for our Year 6 pupils as part of their Caribbean topic.

After an Achievers’ Assembly on Friday morning, we will be finishing for Easter at 1.30pm.

That’s it. I am heading into London this evening with my daughter to see Phantom, and also to hide from my dad who will no doubt want to have words about the length of this week’s blog. Please wish me luck unless, of course, you are on his side!

Have a great weekend and good luck to Leo and Stanley.