A Huge Thank You

A Huge Thank You 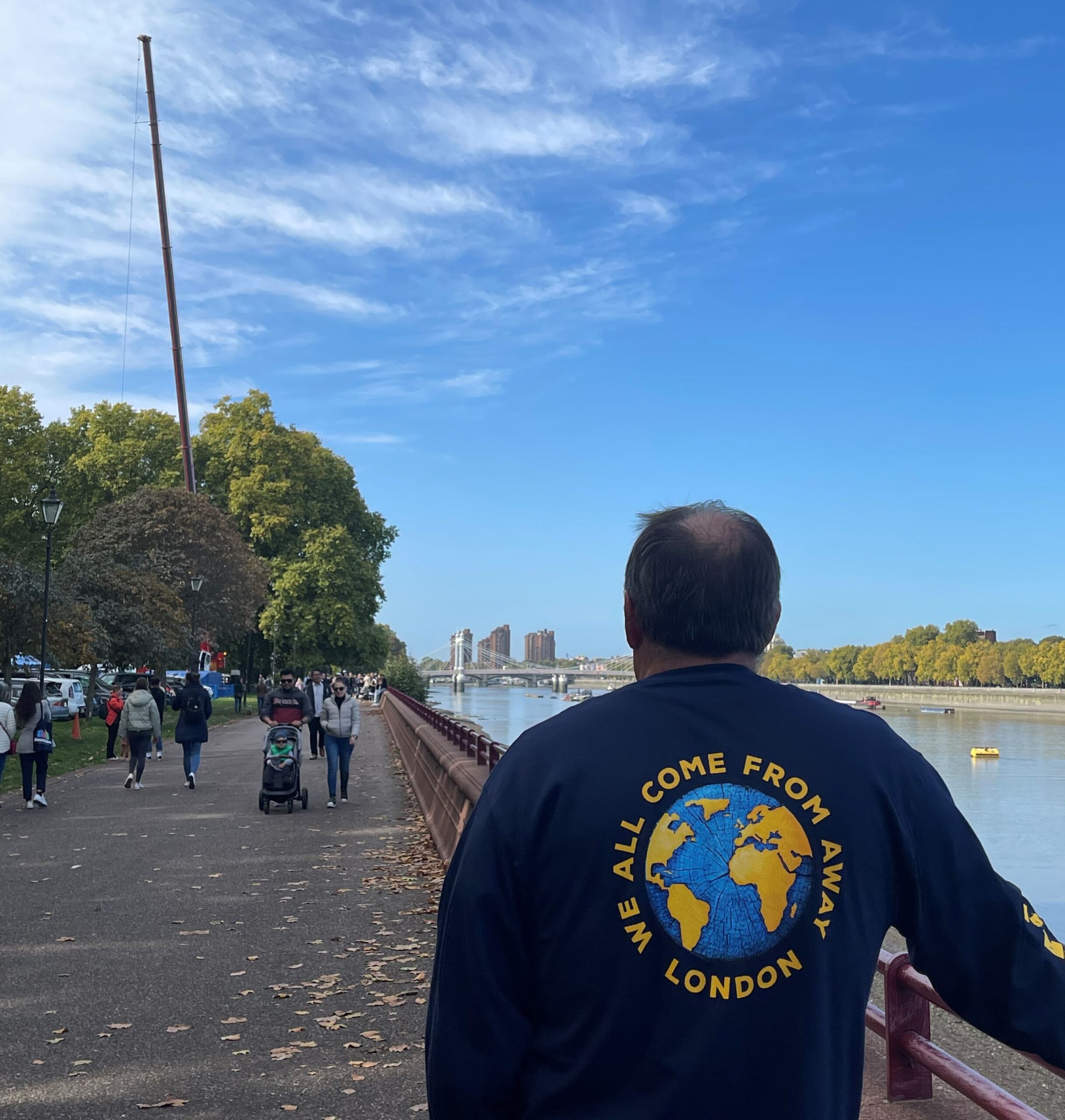 I want to start this week’s blog – the last one before the break – with a huge THANK YOU. Thank you for the sponsorship which has seen us raise just under £2500 (with gift aid) for our Friends’ Association. How? By some ‘fool’ who said he wouldn’t mind jumping off a 180 foot platform with a giant elastic band tied around his ankles.

It was actually great fun and I would jump at the chance (pardon the pun) to do it again, although I imagine there is a certain member of the Friends’ committee (mentioning no names, Liz) who is already plotting something even more dangerous. Something higher, no doubt.

Doing the jump did mean I didn’t have to endure the Manchester City defeat, unlike Mr Mills Jnr. You may recall how Archie and he were gloating after City beat Manchester United and they forced Samira to wear a shirt. Well this time, Eoin was able to get revenge and force Mr Mills Jnr to hold his Liverpool shirt. (There was no way it was going to fit!)

Our assembly on Monday saw Rev Henton Pusey talk through this year’s shoebox appeal. Details are on the school website if you wanted to take part in this annual collection, with Mrs Lanni having sent out a covering letter at the beginning of the week. It might be that you can work together with friends to share the load.

Across the whole week, the Year 3s have become archaeologists, carrying out their ‘big dig’. Moved from its usual slot in the summer, the ground was certainly much easier to dig this year and the finds came in thick and fast. I visited both classes to have a look at what was unearthed and there were certainly some interesting finds. Some were clearly old and could be dated but the ‘bent fork’ had clearly just been lost at some point quite recently!

It was lovely to see many of you visit the school on Monday afternoon to look around the classrooms and to see the work the pupils have been doing since September. I hope you were impressed with the artwork on display. The Henry Moore clay work by Wilde Class and the giant collaborative Basquiat-inspired piece by Kahlo Class are two great examples. I do acknowledge that the timings do prevent some of you from attending but I am sure there will be other opportunities throughout the year.

Following on from this, teachers had two consultation evenings with parents and carers outlining some of the many achievements of the pupils to date. I hope you managed to join ok.

We have had quite busy week on the sports front. On Tuesday we had a couple of football matches against Samuel Lucas which saw quite a few pupils represent the school for the first time. I watched one of the matches and was impressed with Finley D (Year 5) and was pleased he scored his goal.

On Wednesday it was the turn of the netball teams to play against Samuel Lucas in two very exciting matches. Again, I managed to watch some of both games and thought both Alexia (Year 6) and Josh (Year 6) had particularly good games.

The final set of matches were a boys’ and a girls’ fixture against Our Lady School. Both were exceptionally hard-fought and I was very proud of the attitude of our boys. I speak regularly about our teams and how at Whitehill we ‘play to win, learn to lose’ and regardless of the result we always display ‘sportsmanship’ of the highest level. Today was a great example.

On Wednesday, I had the pleasure of visiting Lamarr Class to see some of the William Morris inspired artwork. The whole class Headteacher’s Award was very much deserved. Other high quality work seen this week included writing from Finley (Year 6) and Maya (Year 6). I also saw some wonderful maths problem solving from Chloe, Tilly, Oona and Martha (Year 5).

I had a productive meeting with Mr Moane, Headteacher of Hitchin Boys’ School, on Thursday afternoon. It was good to catch up and talk through educational matters affecting both primary and secondary schools. We joked at the start of our chat that there might be a different Prime Minister by the time we finished… many a true word…

Despite being two different phases, there is so much that schools can learn from each other and conversations included assessment, CPD and educational visits. We also set up further cross-phase opportunities and links between our two schools.

Friday was very busy, especially for the Year 6s. They weren’t in our Achievers’ Assembly as they were supporting the Year 11 Sports Leaders from Hitchin Girls’ School in their first practical session. Other pupils across the school will have this opportunity later in the term. After this, they had a theatre workshop on democracy – quite appropriate considering the events of the last two days.

Our Assembly was its usual enthusiastic event with much to celebrate. As well as one of the sports reports, we presented this half term’s Sports Values Awards to six very worthy winners from across all four years including Zofia in Year 3 and Logan in Year 4. We also enjoyed hearing about more success on the dog show front from brother and sister, George (Year 5) and Bella (Year 3). Both have qualified for Crufts. Ethan shared his ‘player of the match’ award from last week’s rugby game for Datchworth RFC and Autumn (Year 3) proudly shared her swimming award with us.

Our music this week was provided by top ‘improv’ artist, Teddy (Year 4) who played the piano again. He did so well.

This week’s regular award winners were Wilde Class who won the Womble; Aztec Class who scooped Class of the Week and Water House who won the House Cup.

We now have a week to rest and recharge. The full term is 15 weeks – the longest we can have – and so when we return we have eight weeks until the Christmas holiday. With so much to achieve, it is imperative we come back fully fit.

Year 6s return with many taking part in their Bikeability training. There is a basketball competition on the Thursday and as promised, I will host my first ‘Biscuits with the Boss’ group on Friday break time. The first group should have received their invites today.

As a treat for my dad, I will finish my blog here. Have a lovely week and I will see you all again on Monday 31st.