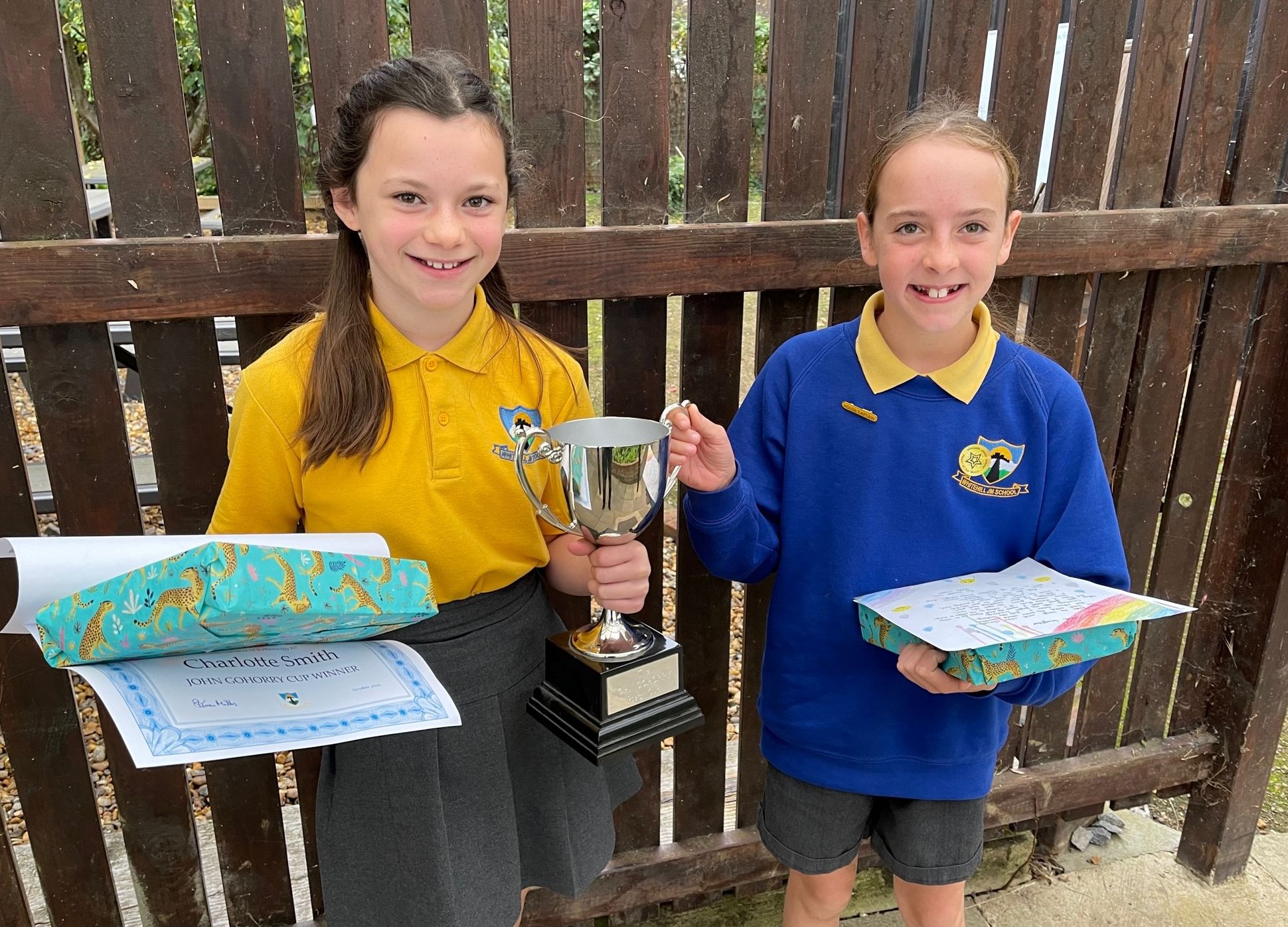 Only one week until half term. It only seems like yesterday we were welcoming our new Year 3s into school yet now, they are very well established and achieving success on a daily basis. They are a wonderful cohort who will no doubt achieve great things over the course of the next four years.

Mrs McConnell Smith and I both took the assembly on Monday morning to share some information and ideas on World Mental Health Day. We have lots of strategies and support for our pupils’ wellbeing at Whitehill, including our newly-formed ‘Mighty Mediators’ and our ‘Wellbeing Warriors’. We discussed the idea of talking and shared this video from the Anna Freud national Centre for Children and Families.

I mentioned the amazing work of our Friends’ Association in last week’s blog and on Monday morning we started spending some of the money handed to us this year. One of the projects we are funding is a purpose built and fully designed orienteering course in the grounds of the school. This week, the grounds were surveyed and I had a glimpse of the plans. It is going to be something that will not only benefit the whole school, but it might be something we can invite other schools – including Highbury – to enjoy. I will keep you updated with the progress.

I had to pop out after school for a few minutes and so wasn’t able to watch the girls’ football match against Wilshere Dacre. It was a very close game by all accounts and as it was a cup match, ended up going to penalties. It is always a cruel way to lose but Miss Gooderham was extremely proud of the way the team played and is already looking forward to the next game.

We had a couple of netball fixtures on Wednesday which I was able to get to watch. In fact, I was given the very important job of time-keeper! Both teams played well against Purwell, with both teams winning. All of these sporting achievements were shared in our weekly celebration assembly on Friday morning.

As a junior school, we don’t have Key Stage 1 pupils but that didn’t stop us hosting a festival for local primary schools who brought teams of Year 1 and Year 2 pupils to take part in a series of sporting activities planned by a group of ten Year 6 pupils. I made time to go out and see what they were doing and couldn’t have been more proud. The skill and natural ‘teaching’ ability on display by all ten pupils was just incredible. I have had so much positive feedback from the teachers of the other schools saying how impressed they were with our Year 6s. It would be wrong to single anyone out in particular, as they were all so good, but I would give Alexia a job tomorrow!

Across the whole week, I have been conducting a series of learning walks. These are opportunities for me to visit classes and look at what teaching and learning is taking place. As you will be aware, I spend a great deal of time going in and out of lessons but when carrying out a learning walk, I would have a particular focus or theme in mind. This week I was interested in the way we teach maths in targeted teaching. One thing this week highlighted was just how lucky we are to be able to run targeted teaching for all pupils one day a week. The increase in teachers; the better teacher-pupil ratios and the shared planning all ensure significant progress can be made. It was a joy to be in the lessons.

I had a visit from the school’s Attendance Improvement Officer (AIO) on Wednesday afternoon. I mentioned at the start of the year how the government are prioritising attendance as we come away from the pandemic. Our AIO has been tasked with looking at any attendances under 90% and thinking about what support could be put in place. Generally our attendance is very good and so we don’t really have much work to do on this front. Also, at this time of year, each day off counts as 3% and so a child can be slip below 90% quite quickly. Going forward, however, it will be something they monitor closely, as will I, to see what we can do to support families where absences increase.

Once again this week, I have been inundated with visits from pupils across all four year groups wanting to show me work they are proud of, or that their teachers have highlighted as being particularly good. I’ve seen science, English, maths, topic and art and have issued quite a few Headteacher’s Awards. When I am visited by pupils I am keen to talk with them about the work they have been sent with and explore how they have responded to and learned from any feedback they have been given. You’d be surprised where those conversations take us.

I’ve already mentioned the sport we celebrated in Achiever’s Assembly on Friday morning which saw us entertained by Joshua on the piano. He is a real talent and this week played the Flight of the Bumble Bee and Zadok the Priest. His fingers were moving like lightning!

In recent weeks, pupils had the opportunity, working in class, to submit a poem for our annual World Poetry Day competition. In memory of Mrs Bailey’s father, and local poet, who sadly died during last year’s competition, we now present the John Gohorry cup to the overall winner. John’s other daughter and local author Zoe Folbigg, kindly judged the entries this year and we celebrated the commended poems and the year group winners today.

You may recall we were invited to perform for the Her Royal Highness the Duchess of Cornwall last year too and once again, one of our poems has been submitted for this competition. (Apologies, it is all getting a little confusing, isn’t it?!)

Anyway, the year group winners this year are:

The pupil whose poem was chosen as the Poetry Together submission is Scarlett (Year 6) and the winner of the John Gohorry Cup is Charlotte (Year 6).#

All of these pupils received certificates and a prize. We now need to keep our fingers crossed for our Poetry Together entry as the prize for that could be a television appearance!

The regular Friday awards were presented as follows: Mayan won the Womble Award; Mayan were Class of the Week (our first ‘double’) and Water won the House Cup.

So, this is it. We have reached the weekend where, all being well, I should be throwing myself off a 180 foot platform attached to a giant piece of elastic! As far as I am aware it is still ‘all systems go’ and I promise to share the video from my bungee jump taking place in Battersea Park, London. I think I am due to jump at around 12.40pm. On behalf of the Friends’ Association, a huge thanks to all of you who have sponsored me. The total is around the £2000 mark now – twice what we set out to raise. No pressure then!

Assuming it all goes according to plan, I will see you on the playground on Monday morning. My assembly at the start of the week will be taken by The Rev. Andrew Henton-Pusey who will talk about this year’s Shoebox appeal which we have previously supported.

Later on Monday, you are invited to come into school from 2.15pm to have a look around, see your child’s class and have a look at their books. This is in advance of the consultation evenings which are taking place on Tuesday and Wednesday evenings.

I am meeting up with the Headteacher of Hitchin Boys’ School, Mr Moane, for coffee on Thursday and then on Friday morning, the Year 6 pupils have a treat in the form of a visiting theatre company who are running a workshop for them all about democracy. This has been funded by Whitehill’s local councillor.

Throw into the mix a few more meetings, including governors and NAHT meetings and that takes us nicely to the break.

I was lucky enough to be able to hear the piano playing at the start of assembly this morning, whilst sorting the preloved uniform donations in the PTA shed – it was really fantastic, great playing Joshua!

Best of luck with the jump Mr Mills!
From Oliver & Poppy R-S

Thanks Edie – the jump is on Sunday and so I have one more day to worry! 🤣 I’ll let you know how I get on.