Manager of the Month

Manager of the Month 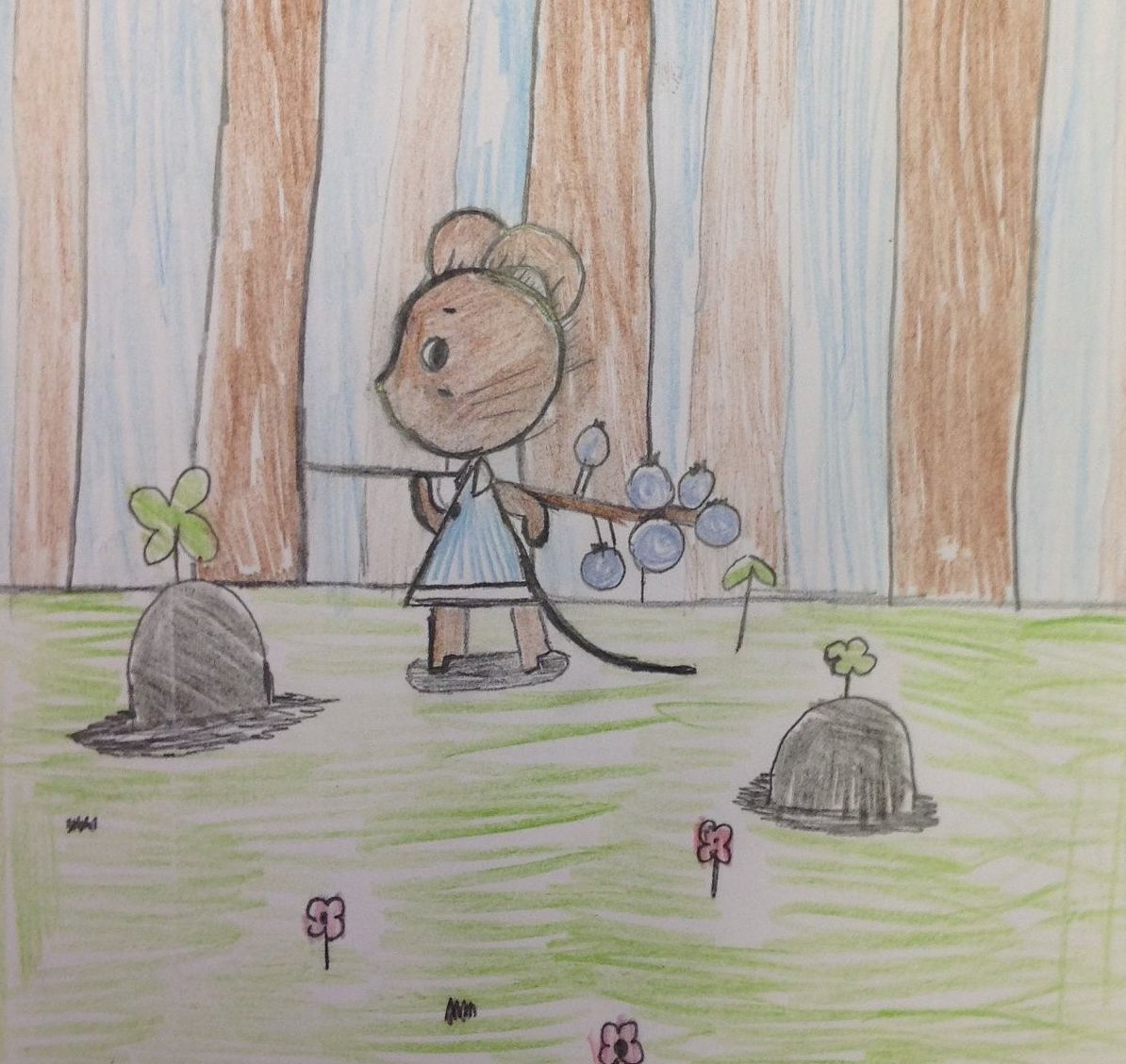 It has been a slightly quieter week for me in terms of meetings which has meant that I have been able to catch up (ever so slightly) with one or two bigger pieces of work which I kept putting off. It has been very satisfying to be able to cross things off a ‘to do’ list or in some cases write things on a ‘to do’ list just so that I could immediately cross them off as completed. Please tell me I am not the only person who does this.

On Tuesday morning, voucher winner Sam from Aztec Class came along to my office with his friend, Thomas, for a ‘biscuit with the Headteacher’. A more personal version of Biscuits with the Boss which I mentioned in a previous blog and for which Oscar (Year 3) has been to remind me about every day since. It was a lovely twenty minute chat which also involved a cup of hot chocolate. I learned so much about him including the fact that his great grandad used to play for Ipswich Town, the team he now supports! What a wonderful fact.

Miss Gooderham needed an extra person on Tuesday afternoon to help out at the Upper School tag rugby festival and for reasons already mentioned, I was happy to volunteer. I think I am the only one with my minibus licence too and so perhaps I was there by default. We had three teams taking part, with Miss Gooderham, Mr Henderson and me taking one each. It was simply wonderful to be out in the sunshine again and coaching a team; something that I miss from my days in a classroom. My team were simply outstanding and after a very close victory in game one, the remainder of the results were much more comfortable with the final results being, played seven, won seven. Although Sky Sports have been in touch over a ‘manager of the month award’, I really can’t take any credit – no really, I can’t – and just have to say what a pleasure it was to be in the company of this group of Year 6 pupils. The other teams had equally successful afternoons winning many of their matches too and playing with such a positive attitude. Thank you to the parents who came along to help with lifts and to provide additional encouragement.

Although I wasn’t needed to help on Thursday when it was the turn of two Lower School teams to take part in their festival, after doing lunch duty, I did pop over to Letchworth Rugby Club to watch a few games. Despite not having much opportunity to practise as a team prior to the festival, both teams played brilliantly and with such enthusiasm. Logan (Year 4) was a try-machine for his team and Freddie (Year 3) emulated his brother who scored many tries for the Year 6 team earlier in the week. I was also impressed with Kiraz (Year 3) who was always on hand by being in the right place to support her team with a very safe pair of hands. We just need to work on her not looking so surprised now when she catches it!

As soon as Miss Gooderham and Mr Henderson were back from the rugby, they were setting up for a football fixture against Oughton. With the sun still shining and after helping the staff from HGS start their new Latin club and then popping into the Year 4 Overstrand meeting, I headed out to watch a bit of the games. Because of my success with the rugby team, I was given the honour of ‘managing’ one of the teams for the second half. I may not get invited back because by the time the full time whistle went, not one player was playing in the position they started in or were used to. That wasn’t a mistake, honest; I firmly believe players at this age should be just that, ‘players’ and should have fun adapting to whatever is thrown at them. Again, they were so mature about it and I was suitably impressed. As with last week’s fixtures, it was one win a piece for the two schools.

Thank you again to the parents who came along to support and a special mention to Mrs Richards who has been here, there and everywhere this week helping and supporting.

The school has felt really productive this week and once again, I have issued many Headteacher’s awards for effort and achievement across all classes. I have seen some wonderful maths, including some quite complex algebra, in Year 6. There has been some Henry Moore inspired clay work in Kahlo Class where pupils were challenged to go beyond their comfort zone and try to use a slightly more complex form as their starting point. This is quite important as real learning can take place when we don’t always go for the easy option and we are prepared to make mistakes.

I have been particularly impressed with Aztec Class and their drawings of Julian the Mouse, especially Isabella and Emma whose artwork features as the title image of this blog and also the image below. I am certainly going to find a space for them on my office gallery.

Sometimes I will use the word ‘ambassador’ on a Headteacher’s Award and one such case this week was with Georgia (Year 3) who shared with me the way she has been raising some money for Cancer Research, having been inspired by some of our Year 6 pupils. Well done, Georgia and thank you!

I am not sure what was going on in Year 5 on Thursday but at one point the pupils seemed to be asleep, and then later in the day, when I visited both classes, the teachers had drawn all over the desks for some form of experiment. I hope it came off otherwise the Wombles would not be impressed!

I have mentioned before just how much I love visiting classrooms and seeing what the pupils are getting up to. My impromptu visits and ‘learning walks’ are far more informative than any lesson observation and show me what the pupils experience on a day by day basis. I can tell you, they are so lucky! One of the questions I ask when visiting the classes is, ‘would I want to be a pupil in his lesson?’ and I can tell you the answer is always ‘yes’. The teaching team at Whitehill is so good and is constantly striving to bring the learning to life. On a number of occasions this week I stayed a little longer than planned and joined in.

Mrs McConnell Smith took Achievers’ Assembly for me this morning where the staff and pupils heard live music from self-taught Teddy (Year 4) playing the piano.

As well as celebrating all the sport this week and hearing some match reports, the usual weekly awards were presented. Earth won the House Cup; Aztec Class won the Womble and the Class of the Week trophy went to Voyager.

We also celebrated the ‘graduation’ of our new year 5 peer mediators, now known as the ‘Mighty Mediators’ (We love alliteration at Whitehill).

The reason I wasn’t in assembly was that I was at Highbury for the Friends’ Association AGM. I was able to share with those assembled what we have spent our money on this year and also what our plans are for the coming year. I know Mrs Avey feels exactly the same when I say just how grateful we are for the huge effort the committee put into supporting both Highbury and Whitehill and of course, to all of you who support the many events. With the much publicised squeeze on public sector budgets, the ‘extras’ we want and in many cases need, would just not be possible without the work of our Friends. Because of all your support, both Mrs Avey and I received cheques for £6000 for our respective schools, with just under £12000 being raised (profit) last year. This is just incredible!

I have had two chess matches this week, as we look to give our ‘club’ a chance to practise again. I actually managed to beat Ed (Year 6) for once, however I lost to Ethan (Year 6) earlier today.

Next week, we have a football match against Wilshere Dacre on Monday after school in the Wix Cup and on Wednesday, there is another netball fixture, this time against Purwell.

A few more meetings have crept into my diary than I had this week including a governors’ meeting on Thursday evening.

And then, at the weekend, fingers crossed, I have the much anticipated bungee jump in Battersea Park, London. Again, a huge thanks to everyone who has sponsored me. I will be sure to post evidence for you.

I am off outside now to watch some of our first netball fixture of the year against St Andrew’s School.