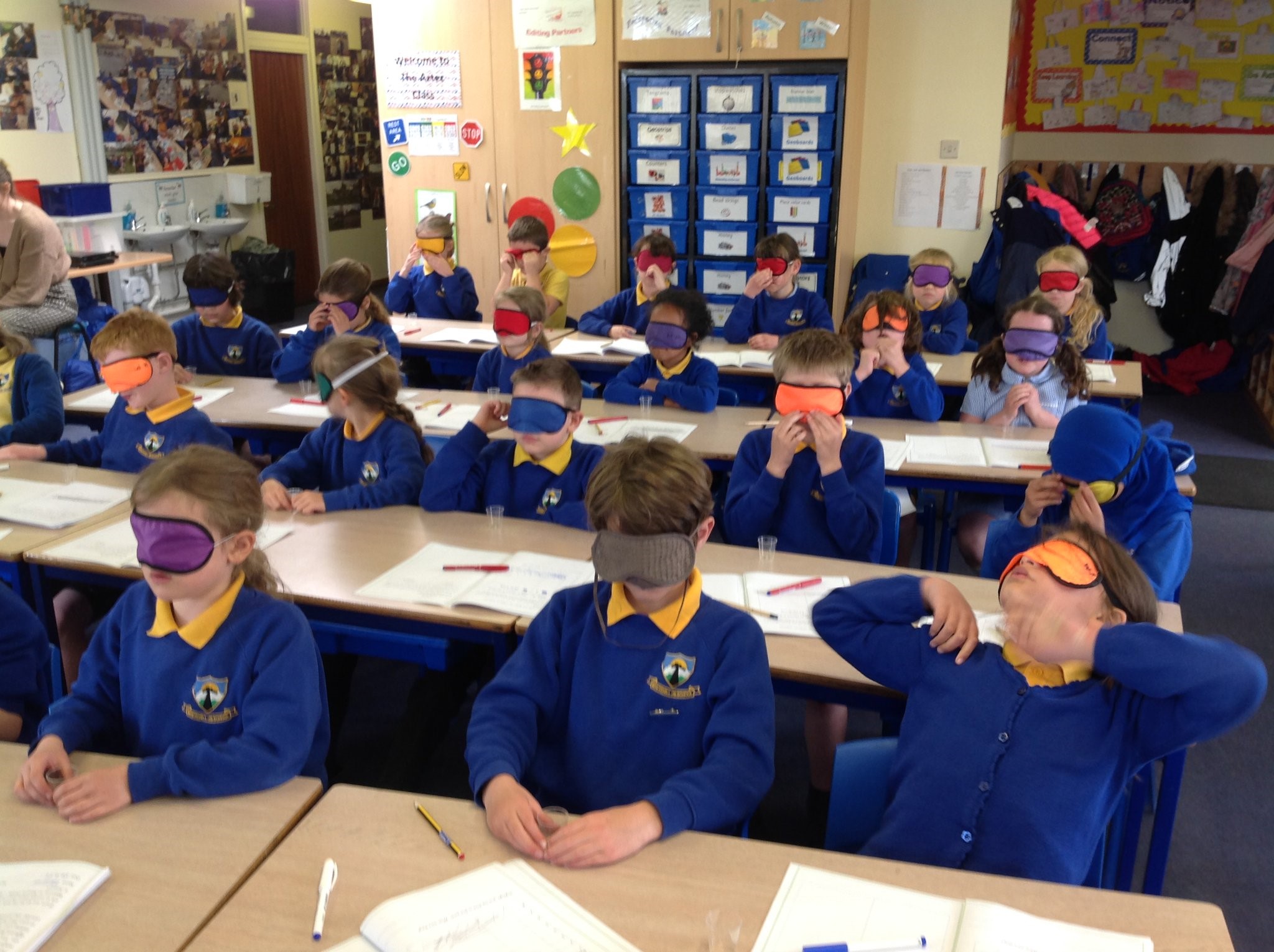 What a lovely week! The sun was out (for most of the time) and as always, there was a really productive vibe around the school. As with last week, I have been doing quite a few tours – for various reasons – and there was just a wonderful atmosphere radiating from each and every classroom.

Mrs Cornell has been particularly complimentary about Voyager Class this week commenting on Monday that it was just ‘THE BEST DAY!’ There was a lot of collaboration across the day with pupils producing some brilliant work in English and also in science. Throughout the whole week, pupils have been queuing at my door having been sent to show me what they have been doing and returning to class proudly clutching their Headteacher’s award; and rightly so.

The Year 3s have made the most of the nice weather. Mrs Small set up a great spelling scavenger hunt on Monday morning which looked like so much fun. Active bodies and active minds and, no doubt, a little bit of competition (especially as Mrs Small was involved). By the end of the day, Mayan class could be found it a total state of relaxation (or perhaps exhaustion) enjoying yoga in the sunshine.

I visited Aztec Class on Wednesday as they were carrying out their blind taste tests in advance of next week’s ‘rainforest cocktail’ making. I was impressed that they all had a go at tasting all of the samples, even if some were clearly more palatable than others. ‘Sample 2’ clearly proved to be the least popular with Chloe referring to it as ‘death’ in her description. Of course, that was the one that Mr Wells thought would be good for me to try. I dutifully obliged, not wanting to let anyone down, only to discover that ‘Sample 2’ was in fact tomato juice and so not quite as ‘death like’ as perhaps I feared.

We have been making some logistical changes over recent days and the music room is now over in the studio block – we now have a creative arts centre. Sounds grand, doesn’t it?! Year 4 made great use of this space exploring the tuned percussion instruments on Wednesday. Space really is at a premium around the school, particularly with so many pupils taking advantage of the range of peripatetic music lessons available.

Following on from a virtual author visit enjoyed by Year 6 the other week, Year 3s were joined by author, Simon Mole, who read his book, Kites, to them. He also gave them tips on how to write their own kite-based poems. Solomon’s work was particularly impressive and thoroughly deserving of a head’s award. We must thank Hitchin Library who have organised both of these visits for the school, liaising with Mrs Vernon – our very own amazing librarian (one her many roles in the school).

The mainstream media (amongst others) have made so much about ‘gaps’ and pupils ‘falling behind’ because of Covid. This has certainly not been our experience and we have been particularly pleased with the way the curriculum was delivered throughout and the way the pupils engaged. A concrete example of this was seen with our Year 6 pupils this week who have been doing some assessments in maths, as they would at this time of the year. The results have been particularly impressive and highlight the continued progress. Our pupils will be ready for secondary school when they leave us in just under three months.

Whilst that may seem a long way off, time will fly, and all of the local secondary schools have been in touch with me to arrange the transition meetings and visits which will take place in the coming weeks. It will give me great pleasure to wax lyrical about this talented cohort. I know Mrs Bryan and Mrs Bailey feel the same.

After school on Thursday, two teams of Year 5 pupils took part in a Maths Competition organised across the local authority. Because it is being run virtually this year, hundreds of schools have been taking part, and we will have to wait a few days to see just how well our teams did. Chatting to a few team members afterwards, they were very happy with the way it went. Thank you to Mrs Small for organising our teams and also to Mr Weir, one of our governors, for coming along to help.

As mentioned in recent communication home, the teachers in Year 4, Year 5 and Year 6 are working around the clock to prepare for their respective residential trips. Information will continue to come home and copies will be put on the school website. I really do hope they will be able to go ahead and we are all keeping our fingers crossed they get the green light. For the actual week, we make use of three additional twitter accounts to keep parents up to speed and entertained. Details of the account you may want to follow will be shared by the year groups but all follow a similar format: @whitehillsj4, @whitehillsj5 or @whitehillsj6. You will need to apply to follow in the usual way. Can I also suggest that if you were previously following the Year 4 account and no longer have a child in Year 4, you stop following… for your own sanity!

As well as live music in our Achievers’ Assembly this week, provided by Jasmine (Year 5) on the piano, we also had live dance. Alana (Year 5) wanted to perform something she had been working on at home, just for fun. Well done to both girls for their performances. I have already mentioned the number of Headteacher’s Awards I have been handing out this week and these translate to house points. We celebrated lots of individual certificates, including a few more diamond awards. The House Cup this week went to Air House. The teachers were certainly trying to convince me to award their class, Class of the Week, with Voyager getting the final vote. Mr Waluk decided that Aztec Class deserved the Womble Award this week. Well done to everyone who we celebrated.

Looking ahead, the diary and school noticeboard is beginning to look more like it used to, pre-Covid. For the first time in well over a year, we have a football match on Monday after school. With restrictions being eased, competitive sport can now take place and therefore, just before we take the goals down and move over to the summer markings, Mr Miley and Miss Gooderham have arranged a friendly against another school.

It is going to be particularly busy on Tuesday, as I will be involved in interviews all day as we look to appoint a new teacher. In the afternoon, Mrs Bailey and Mrs Bryan will have a meeting with Mr Dawson from Hitchin Boys’ School to talk about those boys moving to HBS in September.

I have several meetings scheduled with my NAHT hat on but still want to make time to lead our Achievers’ Assembly on Friday.

As a treat for my dad, I will stop there and wish you all a great weekend!