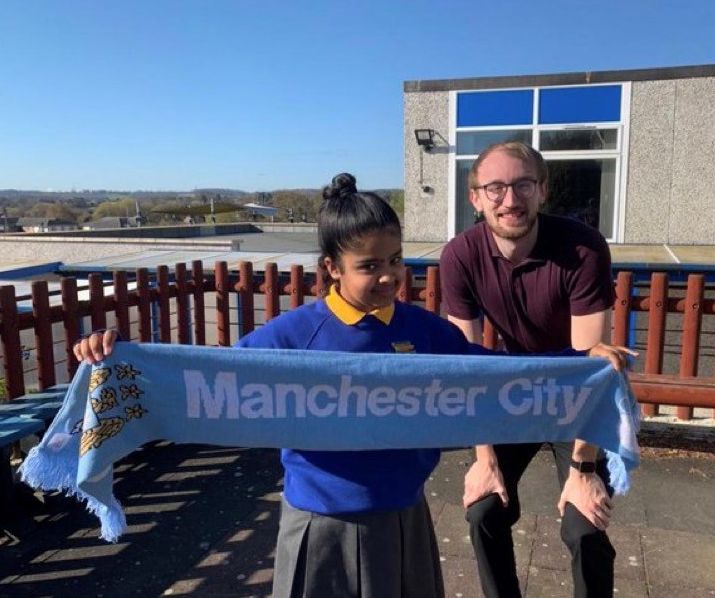 Welcome back! The start of the final term of this academic year. How can that be? It only seems like yesterday that we were putting plans together for the lockdown after Christmas. We are truly hoping that we will continue to push forward with the government’s roadmap and there will be more and more opportunities for pupils to take part in the activities that we know are just what the pupils need. This will ensure the school will begin to feel ‘normal’ again. (Whatever that might mean!) It has been lovely to meet and greet parents and pupils each morning and I think the sunshine has certainly lifted sprits even further. So many smiley faces and pupils skipping into class.

Prior to the Easter holiday, Thomas and Edward A (Year 5) spent time planning changes and improvements they wanted to make to the school pond. I was really impressed with their effort and attitude which even included submitting a budget request for funds to purchase a few bits and pieces. Having taken the budget to governors on their behalf, I was able to go back and confirm that they were free to begin spending. Over the break, both boys, accompanied by their family, spent time by the pond tidying it up and then giving 11 new fish (including the enormous ‘Big Bad Bob’) a new home. They will continue to look after this area for us, ensuring it is a usable learning environment. For all their hard work to date, I awarded both of them a Headteacher’s Commendation which was thoroughly deserved.

I have been spending quite a bit of time this week showing prospective teachers around the school as I look to appoint a teacher to cover Mrs Cornell’s maternity leave. There has been a lot of interest to date and it looks like these tours will continue into next week. I am always extremely proud of the pupils, staff and the whole school when showing people around and am never phased by the odd glance at a watch when they think I am talking too much. I have so much to say about how great #teamwhitehill is! Every classroom is a hive of activity with pupils engaged and engrossed in their learning. They probably don’t even notice me watching half the time.

Pupils in Kahlo Class have been using the Jabberwocky as inspiration for their English work this week which included performing extracts in small groups. This is such a powerful way of bringing the words (many of them made up) to life as well as giving the pupils the opportunity to show they understand the meaning. I also have no doubt that Mrs Bailey and Mrs Bryan use these snippets to get an early look at potentials for the Year 6 production which will be announced soon. The pupils also made great use of one of our trim trails to act as scenery and a stage.

Year 4 pupils have been exploring the properties of different rocks in science using their observational skills and will now go on to test their assumptions in a variety of different experiments. Which rocks are permeable? What wouldn’t you use these for? All of this great practical work will go towards supporting Mr Denney’s submission as we renew our Primary Science Quality Mark.

Apollo Class were learning about global trade on Thursday afternoon, with the classroom turning into a busy trading centre. There were a lot of deals struck between the different countries represented.

Year 3s in Aztec Class were using Chromebooks to carry out research into products found in the Amazon Rainforest. This is all in preparation for the cocktail making project which they are about to start. Either that, or as Mr Wells tweeted, in preparation for becoming Amazon Drink’s newest and youngest recruits. Aztec Class were also very proud of Tilly and Jacob on Thursday as they both received Headteacher’s Awards. Tilly for her family tree which included two very famous relatives and Jacob for his piece of writing all about his new bike. The pupils came and got their awards as I was meeting with my leadership team and so they had to talk with the three of us. We were all impressed with their confidence and enthusiasm.

Mr Mills Junior was in a mischievous mood this week. Prior to the Champions League matches on Wednesday evening he had a little ‘friendly bet’ with Daya (Year 6) which would mean that should either of their teams not qualify for the semi-finals, they would have to have a photo taken holding a scarf of the other team. Unfortunately for Daya, Liverpool failed to qualify and so, as you may have seen on twitter and also now posted below (I have to milk this) she had to take the forfeit. Mr Mills Junior looks quite pleased with himself, don’t you think?!

I sent out a letter to all parents on Thursday afternoon, the first Summer Update, which detailed some key information relating to events we hope will be able to run over the coming term as we move to stage three of the government’s roadmap. Teachers in Years 4, 5 and 6 will now write in more detail in relation to their respective residentials. I appreciate there isn’t much time and you are all really keen for details but, as I am know you appreciate, the circumstances mean we are having to find alternative ways of planning and obtaining the information ourselves.

I also provided an update on known staff changes for September but I will write in much more detail about these towards the end of the term. Some details were also shared about other planned events, of course all subject to positive guidance. One event we will definitely put on is the parent information evening relating to managing anxiety in children. You can still register your interest via this Google form. Mrs McConnell Smith will then confirm a date and time in the coming days.

It has been wonderful to see our extra-curricular opportunities start up again this week with a range of different activities including cricket and lacrosse. Huge thanks to Summer’s dad (Year 3) who, as a superstar lacrosse player himself, is coming in to help coach. I love seeing pupils play lacrosse and also seeing Mr Miley pass on the skills he learned when he was a pupil of mine many years ago. I took him all the way to the Nationals and so have high hopes we can repeat this in the coming years with a new crop of players.

Meetings for me with colleagues outside of school continue to be via ‘zoom’ and this week included one where I was looking to see if I could support a local football team with a pitch for their home matches next season. I am pleased to say that Fynley, Leo (Year 4) and their teammates will now play at Whitehill from September.

Our Achievers’ Assembly on Friday had Eleanor (Year 5) provide the music as she played the piano for us. We also celebrated Joey (Year 6) and Benny (Year 4) after they both were awarded distinctions in their ukulele exams. We celebrated some more TT Rockstar successes across all four year groups as well as Iggy (Marcelina’s brother) who is in Year 2 at Highbury! The House Cup was won by Water this week and Wilde Class were awarded Class of the Week. The Womble Award was given to Mayan Class by Mr Waluk. Well done to everyone who we celebrated.

Looking ahead to next week, the main event I can see in my diary is the Year 5 (virtual) Maths challenge being run by Herts for Learning. We have two teams competing and I will let you know how they get on in next week’s blog.

Finally for this week, I have a fun film to share with you. During creative arts week, Mrs Small spent time with each class choreographing a fun dance with basketballs. She has now taken footage from each group and created a montage to share with you all. You really should watch right through to the end for some special guest appearances.

That’s it. After over a year, I am off to play football with Hertfordshire Heads and so any paramedics amongst you, please be on standby!

Absolutely love this basketball video!
Trying to work out if the kids or the staff are funnier…..