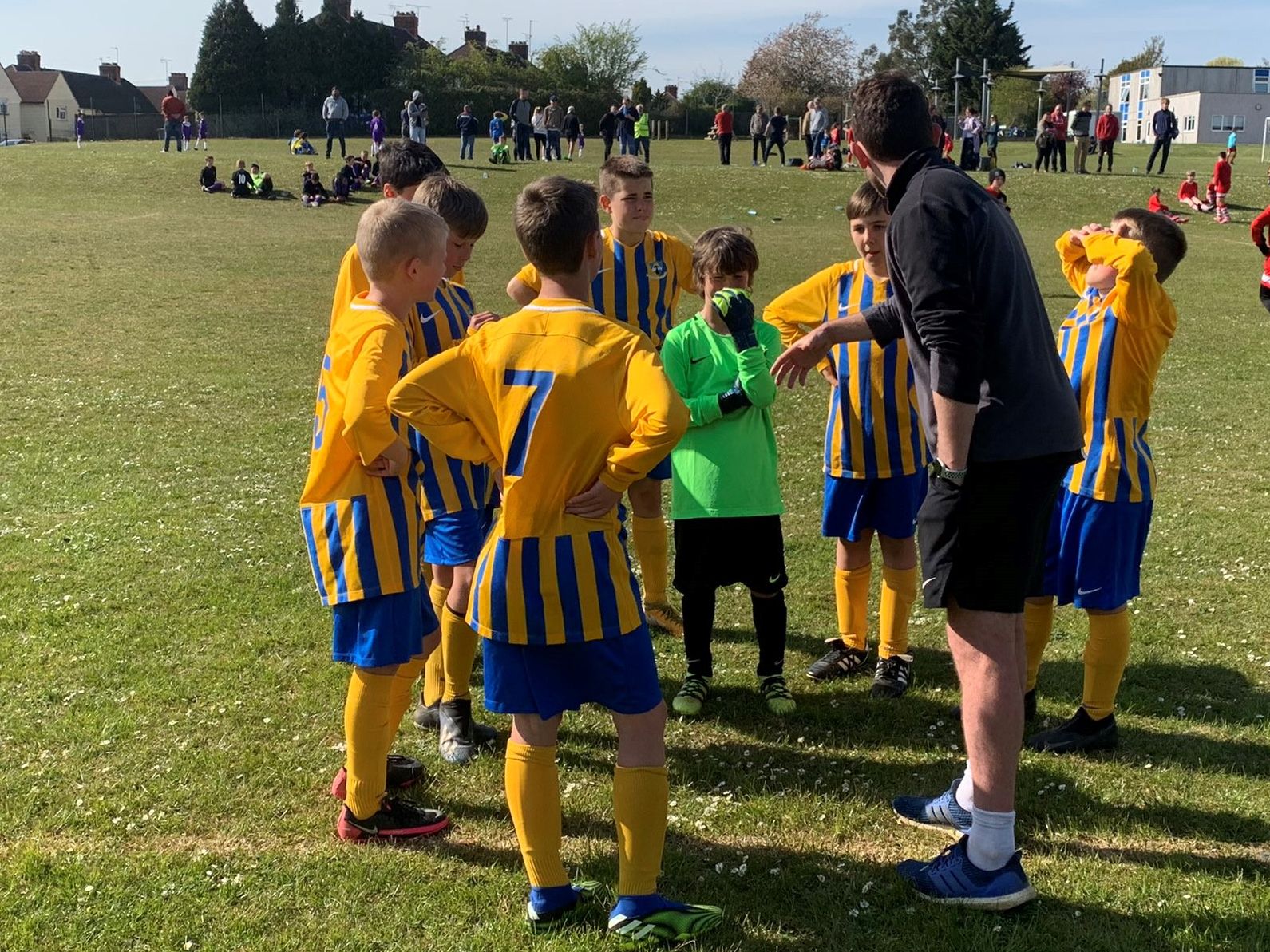 As I mentioned last week, as each day goes by, the school is starting to feel more and more like it should do. Clubs are in full flow and pupils from all four year groups are able to access a range of extra-curricular opportunities. I often find myself standing outside and lunch and after school watching the pupils engaged in sports’ practices and seeing them enjoy themselves. It is wonderful.

On Monday after school, we hosted a mini football festival with two other schools. We have so much space it was easy to facilitate and it was wonderful to see ‘competitive’ sport being played for the first time in over a year. Not only did I venture out to watch, but several other members of staff enjoyed the sun to see the Year 6 and Year 5 teams play matches against Samuel Lucas and Wilshere Dacre. A huge thank you to Mr Miley and Miss Gooderham for making this happen, and also to the staff from the other two schools whose outlook is equally as positive. I managed to watch most of the matches for both teams and was really impressed with what I saw. Arran in the Year 5 team was adept with the ball at his feet and Sophie proved to be a most resolute defender resulting in a ‘goals conceded’ total of zero.

Both Mr Miley and I had similar thoughts when watching the Year 6s play; an overwhelming sense of disappointment as to what we have missed out on this year. This current Year 6 cohort are extremely talented athletes and I have no doubt would have done exceptionally well in all of the usual competitions and festivals organised at local and national level. It was not to be, however, but we will certainly make the most of the relaxing of the rules in the remaining ten weeks and I know the PE Team will be looking for every opportunity to play and complete in as many sports as possible.

Both teams did very well, as I have already mentioned. I don’t believe either team conceded a goal and there was a combined result tally of won seven, drawn one. It was wonderful to actually have a ‘football report’ read out in our Achievers’ Assembly again on Friday morning with the much anticipated announcement of ‘player of the match’. Well done to everyone who represented the school; you were brilliant!

On Tuesday, I was interviewing for a new teacher to join our team as Mrs Cornell goes on maternity leave at the end of the year. It was a lovely morning and we were impressed with all of the candidates we saw and chatted to. I am delighted with the teacher we have appointed and I will write out more formally to introduce her to you all in the coming days. She will be a great addition to #teamwhitehill. I am also in the process of finalising the appointment of another member of staff to work alongside Miss Gooderham in our PE department. Again, I will share details in due course but rest assured, she will be perfect!

We spent some of the staff meeting on Tuesday, visiting the classrooms to look for inspiration for all things reading related. You can’t fail to be impressed by the way the teachers promote and share their love of reading across the school. There are displays; there is access to books and there is a vibrancy which can’t fail to inspire. As a school, you know we prioritise reading as it opens up so many opportunities across the curriculum and also in life. That is also why I have invested in some software which will support some of our pupils with this core skill. Many of the pupils have already had a go and over the coming weeks, we will begin to identify those pupils who will really benefit from regular access to Lexia both in school and at home.

It was budget day on Wednesday again for me. The final time to work through the plan for the coming financial year making sure all bases are covered. Requirements these days from the local authority insist that schools present a balanced budget not only for the year but also the subsequent two years. It is a challenge but these blogs are certainly not the place to bemoan funding. I am sure we will be fine. Thank you to Mrs Cook for all her hard work behind the scenes to ensure we get this process right.

Work continues as we keep fingers and other appendages crossed for the three school residentials. I am still reasonably optimistic that we will be given the green light as the data and headlines remain supportive. Mrs Lanni has been working really hard helping the year group teams with the admin and thank you to all of you for returning all the forms that you have been asked to.

I had a virtual meeting with Mr Moane, Headteacher of Hitchin Boys’ School on Thursday. The pandemic has thus far prevented us from meeting in person since he moved to the school at the start of the year. Let’s just say we have both been a little busy. It was a very productive hour, discussing current educational issues as well as other more light-hearted matters. I particularly liked the part where we discussed future meetings which might involve the occasional beer!

There has been some wonderful work across all classes this week. Year 6s continue to show just how much progress they HAVE made over the year. What is lovely is the fact that they want to share their successes and work with me and are happy chatting about the content. Jamie (Year 6) and a group of pupils from Wilde Class took great delight in sharing what they had achieved in maths for example. Another member of Wilde Class, Lena, has had a particularly successful week. She earned a Headteacher’s Award for working out a little logic puzzle I set. She then caused me to break from my work whilst she was having a flute lesson with Mr Brunton. She was playing ‘Take Five’ and it was just brilliant!

Pupils in Orville Class showed their artistic side when they produced their own Iron Man illustrations working with Mrs Keeling earlier in the week and rightly deserved a whole class Headteacher’s Award. They were also challenged with some good old-fashioned geometry as they were shown how to construct triangles using a pair of compasses.

Friedensreich Hundertwasser was the inspiration in Kahlo Class, as once again, the pupils produced some incredible artwork. ‘We’re going to need bigger displays,’ is a regular comment from both Mrs Bailey and Miss Creese as they look to show off the pupils’ work.

I was logged into the NAHT AGM all morning on Friday but did sneak out to oversee our Achievers’ Assembly. I couldn’t miss this. Music was provided by Ellie (Year 5) who played the guitar. As already mentioned, we had some sports’ reports before presenting our usual three weekly awards. Class of the Week went to Lamarr Class. The House Cup was won by Air and Orville Class won Mr Waluk’s Womble Award.

I presented Headteacher’s Commendation this week to Ayden (Year 5) for his charity work. With the support of his family, he made a decision to try and raise some money for the Oxygen for India emergency appeal by doing a sponsored walk on Thursday evening, around Hitchin. Hoping to raise a couple of hundred pounds, he exceeded all expectations when, at the time of writing, his total was £1967. Well done, Ayden, this is just incredible. There is still time to add to his magnificent total if you would like to and details can be found below.

Next week is a little fragmented. We are all off on Monday as we enjoy a Bank Holiday weekend and then pupils are off on Thursday as the school closes for the local elections. Although the pupils are at home, teachers will be in for one of the planned INSET days. The focus will be further development of the school’s curriculum.

In addition, I have a meeting next week as part of a focus group looking at ‘lessons from lockdown’ and then at the end of the week, I hope to have a catch up with Mrs Avey. I have no doubt one of the topics of conversation during this meeting will be transition for the current Year 2s joining us in September. I will be writing to current Year 2 parents shortly to outline our plans for this year’s arrangements.

That’s it for another week. Apparently last week’s blog wasn’t short enough for my dad, like I suggested it might be and so I have now given up trying to keep him happy!

Have a great Bank Holiday weekend.