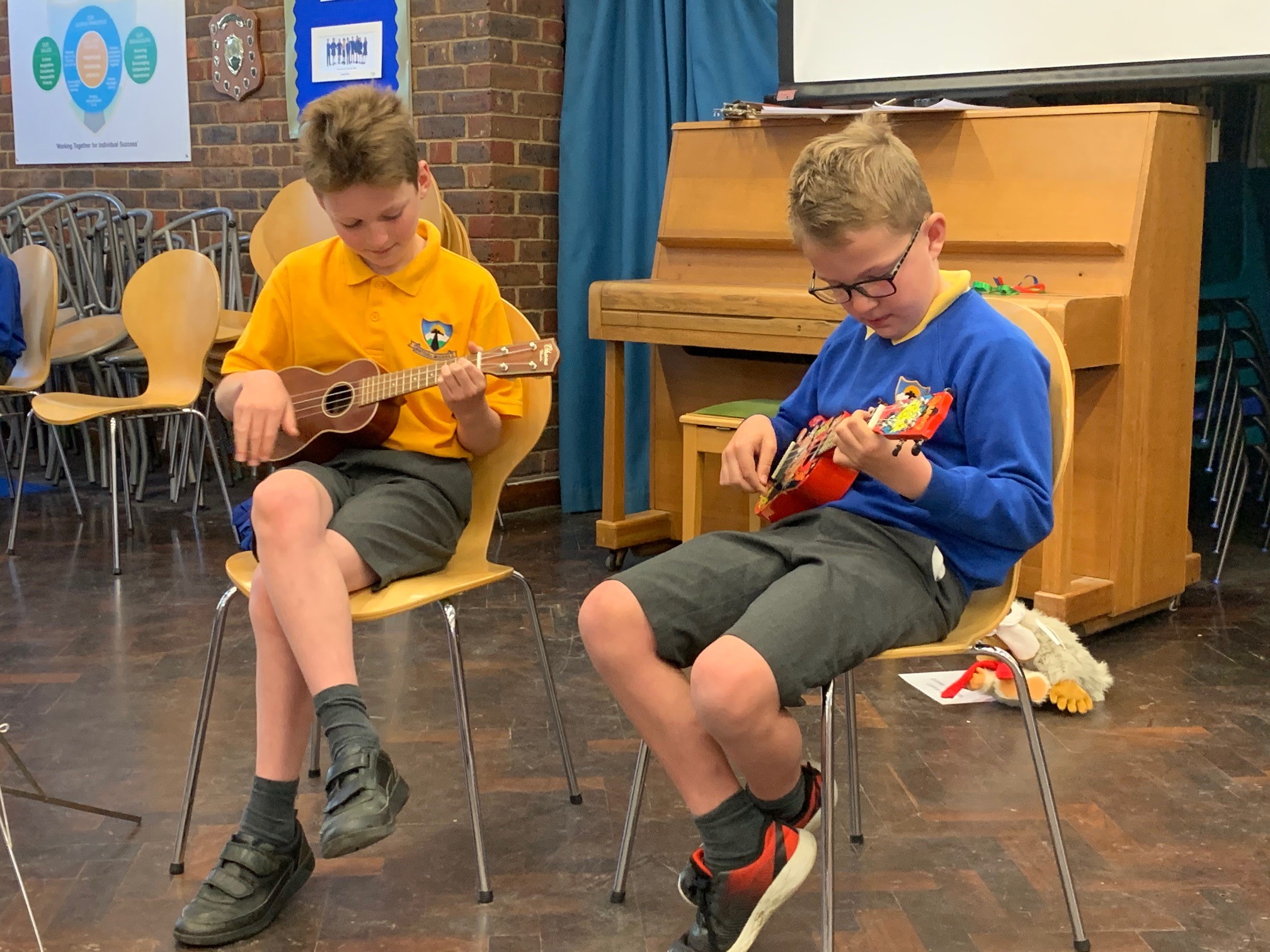 This is always a disjointed week; a three-day week due to a bank holiday followed by an INSET day which we are ‘forced’ to take due to the school being commandeered for local elections. At least these closures are planned well in advance and we all have plenty of notice. We haven’t been able to say that too often over the last 14 months!

I would like to apologise for not being around on the playground on Tuesday or Wednesday morning. I did miss my morning routine and the chance to meet and greet pupils and parents. I had other commitments on both days which meant I was busy until around break time but I did then make sure I visited all eight classrooms upon my arrival to see the pupils settled and engaged. It was lovely to be back out on duty on Friday again in my usual spot with my mug of coffee in hand and the sun shining.

We welcomed a new pupil to Voyager Class on Tuesday. Raja is joining us from a neighbouring county and we hope he enjoys the remainder of his junior school years at Whitehill. Thank you to all the pupils in Year 5 who made him feel welcome on his first day.

Year 6s have been carrying out a couple of tasks this week set by the local authority to help with the transition process. With SATs not taking place once again this year, some areas of the county were struggling with what information to share with the secondary schools. This was not so in Hitchin as we have a very robust and informative process and through excellent communication, all pupils leave Whitehill knowing that their new schools have a good, initial understanding of their strengths. That being said, we did as we were asked and pupils completed a short maths task as well as reproducing some recent writing they have been pleased with. In the coming weeks, they will also complete an online reading task. There was no pressure, it was low stakes and perhaps should seriously be considered as an alternative to the SATs whilst we have a chance to debate and redefine primary testing. We shall see.

I took part in a very enjoyable ‘round table’ group on Wednesday after school. A local educational consultant who has worked with Whitehill recently is gathering real life experience of teaching through the second lockdown. This is in preparation for writing his second book, ‘Bubble Schools’, about lessons we can learn about remote provision whilst continuing to deliver the curriculum. As I have written about regularly in these blogs, I have been so impressed with our provision over the course of the pandemic and was more than happy to share my understanding of this practice with others. And as I mention every time I talk about this, we even sent home clay to the Year 3s so they could make an ocarina, for example!

The topic of conversation in Year 6 this week has been the end of year production. On Tuesday the pupils found out what they would be performing – a Mrs Bailey interpretation of Jungle Book – and then on Wednesday morning, those who wanted to were invited to audition for one of the many roles. Despite my pleading, I have once again been overlooked for a main part and so will have to watch from the wings. Actually, despite my love of musicals – something I can’t wait to be able to go and watch again – I can neither sing nor dance and so clearly the Year 6 team know what they are talking about!

Mr Lord asked if he could send a few pupils to me on Thursday to show off their extended writing work. ‘Of course,’ was my response and so I waited for the group to arrive. Let’s just say, my office wasn’t big enough for all the pupils he sent, who had clearly excelled with their persuasive letters about rainforests. All were awarded the five house points, which come with a Headteacher’s Award, and a biscuit! They spotted the biscuits I have in my office for visitors and who was I to say no after such amazing writing?!

On Thursday, the focus of our INSET day was aspects of our curriculum offer. Over the last year or so, we have worked really hard on evaluating and redefining our subject overviews and thinking carefully about what the pupils will learn in each topic and subject. The next phase for us is to think about ‘how we know’ what we are doing is right. We also want to find even better ways of providing parents and other members of our school community access to our plans. We therefore started work on some visual curriculum roadmaps which we plan to publish on our website in the coming months. We were joined by our local authority adviser who spent time with different members of the teaching team, and me, asking questions and discussing responses. I think the phrase we now use to describe this relationship is one of a ‘quizzical friend’.

Achievers’ Assembly on Friday featured musical group, ‘Benny and the Bandits’. This is a name I came up with this morning and not how they refer to themselves. Brothers, Benny (Year 4) and Joey (Year 6) along with their dad, provided the live music today on their ukuleles. It was brilliant and the perfect start to the day. All three earned Headteacher’s Awards (and House points for Water House).

We also celebrated two footballing awards. Isaac (Year 4) was player of the match for FC Comets last weekend and Roisin was ‘Belle of the week’ for her team, Hitchin Belles. Well done to both of them.
The regular awards were also presented, with Air winning the House Cup; Lamarr Class winning the Womble and Aztec Class winning Class of the Week. I actually now dread having to present that last award as the comments and feedback from the teachers are so positive that I really feel for the classes who don’t get it.

For example, comments this week include:

‘A blooming great week!’
‘This class makes teaching worthwhile.’
‘Out-flipping-standing! Demonstrating the essence of Year 6 across the board.’
‘Another brilliant week – consistency is rewarded with high quality work and pleasing progress.’

It was good to catch up with Mrs Avey this morning to talk through a range of issues that affect both our schools – transition and diary dates for example. We have set the term dates for 2022/2023 and these will appear on the website in due course. We have also confirmed that early morning provision from September for Whitehill pupils will be back at Highbury as part of their breakfast club. Again, details will appear on the school website shortly. Of course, we would be able to switch in the event of government restrictions etc. to ensure there is always some form of early drop off for parents.

Finally for this week, thank you to those who have now confirmed that they wish to attend the parent wellbeing (virtual) evening on Thursday 13th May focussing on anxiety that Mrs McConnell Smith is preparing for you. You will receive an email at the beginning of next week with the necessary link via the email address you used to register. It isn’t too late however to join us and you can register your interest via the link below:

Looking forward briefly to next week, it looks like I might be missing from the playground again first thing but will ensure someone is there to welcome you. I have a governors meeting on Thursday to formally ratify this year’s budget. I have also agreed to join Miss Gooderham after school next Friday as she takes two girls’ football teams to Wilshere Dacre School to take part in a mini, friendly festival.

That’s your lot! Have a great weekend.