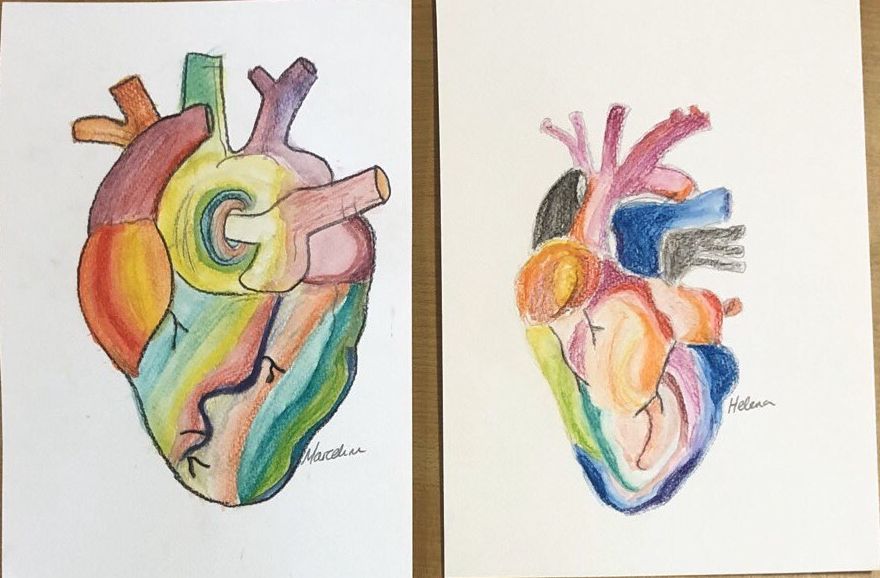 Well, this has been an interesting week! I don’t feel my feet have touched the ground and I am conscious I have spent quite a few hours with my office door shut – something which I don’t like to do.

I will begin this week’s blog with a final push of the staff ‘Who Done It?’. A murder mystery performance with a difference. Tickets have gone reasonably well but in order to have the best atmosphere in the hall we need to sell a few more. We will make a final decision on Monday (2nd March) as to whether we have sold enough tickets to make it worth running. So if you are thinking of coming, please get your ticket order in first thing. It is definitely not about making money; it is about having a great audience and having a lot of fun!

I was supposed to attend a Rotary Club meeting on Monday evening but had to pull out due to a last minute family commitment. I was still able to present them with a cheque for £400 however, thanks to the Year 3s and their Christmas production collections. Thanks to the generosity of the audiences at the two performances, we were able to support two charities and the Purple4Polio charity was one of them. I have received a lovely letter from the committee which I have shared with the Year 3 team. The crocuses the Year 3s planted earlier in the school year are really coming through now and I would urge you to have a look at them from the Sunnyside Road end of the school field. One of the committee members from Rotary commented that he thought it promises to be one of the best displays they have ever had through this project. Year 3s strike again!

We had the district finals of the sports hall athletics competition on Tuesday after school. Both our boys’ and girls’ teams qualified earlier in the term and competed really well. Although we didn’t qualify for the county finals, there were some great performances across both teams which we celebrated in Friday’s assembly.

Mrs Ray, Co-chair of Governors, spent time with me on Wednesday morning to talk through some of the key developments I have announced in recent updates. These meetings are always really productive and provide me with the opportunity to ‘think aloud’ and consider the options. We are very lucky to have a wonderful governing body at Whitehill with a team who give up their time to support the work of the staff and the pupils.

After grabbing a quick cup of coffee, I was straight into a meeting with Mrs Stokes and a member of staff from Herts Catering. I am really excited that we are going to changing the way the pupils choose their lunches. This change will free up time in school for teachers, my admin staff and also the kitchen. We are moving to an online ordering system which means pupils will choose their meals at home with you, rather than in class on a Friday. There are so many benefits to this system, more than just saving time and an end to the coloured bands. Details will come out over the coming weeks.

After school I was on taxi duty again, taking my daughter back to university which meant I was unable to watch the netball match against Offley. The team played well and secured another victory. Well done to all who represented the school; the end of season rallies will be upon us before you know it.

On Thursday morning, my door was shut again as I met with Cookie Club to finalise the arrangements for our own after school provision. You will be aware that I have been working on this for some time now; making sure we have the right provider, who shares our values and will provide pupils (and parents) with the quality service they deserve. I have no doubt we have done just that and I am really excited at the prospect of Cookie Club joining forces with us and opening up their third centre. In the coming weeks, we hope you will be able to register your interest in this after school club. I will obviously write to you giving you the details and the necessary links. If you currently have children at Highbury Fun Club, then you will need to re-register for Cookie Club, but we will make sure you get the details and have the first opportunity to book a place for September. The important thing is not to worry!

I did manage to find 30 minutes for a chess match on Thursday lunchtime with regular opponents, Thomas and Edward A (Year 4s), whilst at the same time supporting Lyla (Year 5) and her friends as she sells tickets for her charity disco taking place next Friday. Details have come home in various forms and she will continue selling tickets throughout next week.

After school on Thursday, Miss Gooderham took four pupils to Priory School to take part in a Sports Partnership archery competition. There was a great video on twitter of Archie (Year 4) scoring a perfect bullseye. Robin Hood eat your heart out! Unfortunately, because of the weather in the morning, the football matches scheduled for Thursday after school had to be postponed.

Friday was my opportunity to try and catch up slightly with emails and paperwork. Of course, it started with our Achievers’ Assembly which had music provided by Eddie (Year 4) and Frank (Year 4) both playing the piano. As I have already highlighted, we celebrated the sporting achievements from this week. I then presented the House Cup to Fire and awarded the Class of the Week trophy to Orville Class for a fantastic week.

Tomorrow, I will be joining Mrs Bailey and a group of pupils who have been working with her and Mrs Davies over the course of the term to produce their outfits for this year’s recycled fashion show at St Christopher. I caught a glimpse of the outfits after school on Thursday and they look great. I will make sure we tweet some photos from the event so you can see for yourselves the work the pupils have been doing. We wish them all the best.

Looking ahead to next week, weather permitting, we are starting an exciting building project. The new play equipment installation is starting which will see the removal of the old blue and yellow wooden equipment, currently taped off. All we need then is some better weather so we can get on the field to use it.

On Tuesday morning, we have some Lower School pupils competing in a gymnastics competition at Knights Templar School and then in the afternoon, Year 4s have invited parents in to see the work they have been doing in English amongst other things.

I am out of the office on Wednesday afternoon working with the University of Bedfordshire as they interview prospective undergraduates. I then return to Whitehill to join in with Mr Robinson’s brass group (because Bethany (Year 6) said I must). There is a netball match after school against Purwell.

On Thursday after school we have two teams taking part in a girls’ football festival at Wilshere Dacre and continuing with the football theme, I have a match for Herts Heads after school on Friday.

That’s it for this week. Deliberately shorter than the blog before half term for which I am still being given a hard time by my dad!

One final reminder to order your murder mystery tickets on Monday and to look out for details of Cookie Club registration which will be coming out shortly.