Fun in the Woods

Fun in the Woods 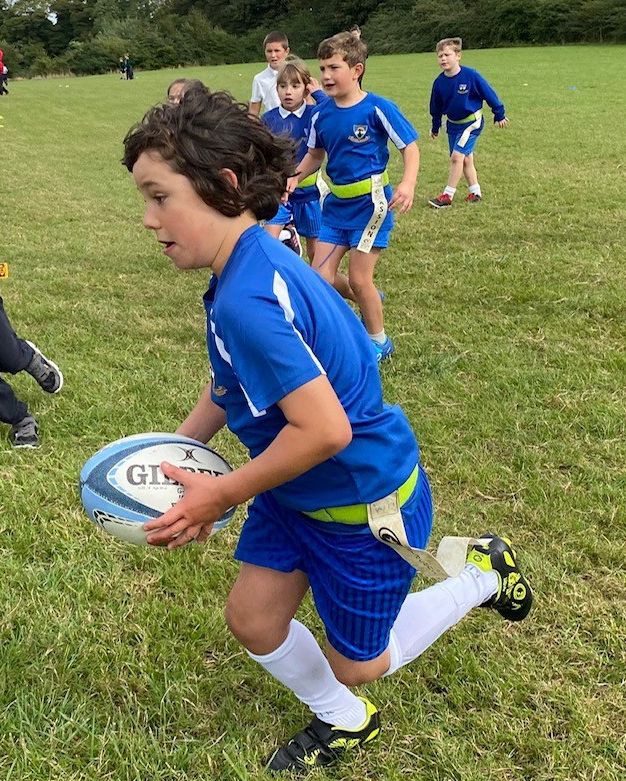 I started last week’s blog talking about the great work our Friends’ Association does and the wonderful contribution to the school coffers made as a result of the events over the last year. What I didn’t share with you, however, was the amount which was raised at our after school ‘social’ two weeks ago. The primary goal was to get the school community together again rather than raise funds but I am delighted to share with you that we raised just under £2500 on the night. How incredible is that! Thank you again to everyone who came along to support.

My assembly on Monday followed on from the previous week as I reminded pupils of our Core Purpose. In particular this week I looked at one of our guiding principles: Positive, considerate individuals achieving together. We spent time thinking about what this looks like in school and in their classrooms. We shared the achievements of Archie (Year 5) who was very proud of some maths he has completed. I also presented a Headteacher’s Award to Ben (Year 5) who, once again, acted as my stooge so brilliantly. I really do pick on him when I want to emphasise a point and he always helps me out without question. What a superstar!

The Year 3s went on their first ‘outing’ this week as they headed to Wymondley Woods on Monday. Den building seemed to be a very popular task when I chatted to the pupils upon their return and all the staff members commented on how well the pupils all worked together.

Whilst the Year 3s enjoyed a half day outing, the Year 6s were introduced to their five day residential to the Isle of Wight which they can take part in next May. The Year 6 residential (to me) is a rite of passage as pupils come to the end of their time in primary school. We went to the Isle of Wight last year and if the photographs are anything to go by, this year’s cohort will have an amazing time! If you didn’t get to attend the meeting, the presentation is on the school website and the letter outlining the next steps should have been received.

We had another trip meeting this week on Thursday when Mr Denney and Mrs Davies spoke about the Year 4 residential to Overstrand. Both of these trips take place in the same week in the summer term and so school becomes much quieter. I love it!

On Tuesday, after almost 19 months, the school took part in its first Sports Partnership event since the start of the pandemic. It was wonderful to be able to take part in a real festival again rather than the virtual events of recent months. Miss Gooderham, Miss Edwards and Mrs Wells, along with several parents, took three tag rugby teams to Letchworth Rugby Club for a tag rugby festival. I received updates throughout the afternoon, all reporting how well the teams were doing and, although not important, how they were winning lots of their games. Well done to everyone who represented the school so well.

Miss Gooderham was back at the club on Thursday when she took a couple of Year 4 teams to a lower school festival. Although I didn’t get to the Tuesday’s one, I helped with transport on Thursday and so did get to watch a few games. I was very impressed with all the players and so happy that schools are now back competing and enjoying face to face sport again. Huge thanks to Mr Weir who helped by running one of the teams for us. I would also like to thank Hitchin Girls’ School who let me borrow their minibus so we could get the pupils there.

I seemed to spend a lot of time online on Wednesday attending a variety of meetings. Whilst ‘attending’ one with Mrs Lanni, we got slightly distracted and decided to look at adding to the functionality of your School Gateway App. You will now see a tab called ‘useful links’ which ‘does exactly what it says on the tin’. I would certainly suggest that if you still haven’t registered for your school gateway account, you should, as this is another way of keeping up to date with the key information coming out from Whitehill.

I have really enjoyed chatting to pupils this week and seeing the work they have been producing. I have already mentioned Archie and Ben’s Headteacher Awards but I have presented quite a few more over the course of the week. Milly C (Year 4) was just amazing as she demonstrated amazing understanding of ‘rounding’ numbers. Not only did she get the questions correct, the way she was able to explain her reasoning was as good as I have heard from Year 6 pupils. Thomas (Year 4) came with his poetry and Isaac (Year 3) had every right to be proud of his writing about his visit to Wymondley Woods. Further up the school both Year 6 classes appear to have found their feet and have produced some wonderful poetry and also history. Without question, talking to pupils about their work is the best part of my job.

In our weekly Achievers’ assembly, we were entertained by Ellie (Year 6) who played the piano. We celebrated lots more Bronze Awards and gave all our ‘Caught Being Kind’ recipients a huge round of applause. All of these house points led to Earth winning the House Cup, which I am delighted we were able to announce through the medium of light once again. (It’s a long story!) The Wombles will spend this coming week in Orville Class, and Kahlo won Class of the Week.

Looking ahead to next week, I have a meeting with Mrs Avey on Monday where we can look at issues common to both schools. The relationship between Highbury and Whitehill is one of the reasons pupils do so well by the time they leave for secondary school. This may sound obvious but I can assure you that this is not always the case in separate infant and junior schools.

I am joining Mrs McConnell Smith in an online meeting on Tuesday looking at phonics schemes. Whilst most of the teaching of phonics is covered by the time pupils usually arrive at Whitehill, the disruption over recent months has led to some pupils needing a little extra support and I want to make sure we have the resources to help these pupils. On Tuesday night I am heading into London again to see one of my favourite shows, Come From Away. For those who follow me on twitter, you will know that I seem to spend a fair bit of time enjoying musicals and this one in particular. I would seriously recommend it, if you get a chance.

We have another sports event on Wednesday with a rapid fire cricket competition at Samuel Lucas School and then our first football match of the season when we take on St Ippolyts after school on Thursday.

Unfortunately, I will not be able to watch this match, nor take next week Achievers’ Assembly on Friday as I have to attend a three day conference in London as part of my NAHT work. It quite an intense few days (Thursday through to Saturday evening) and I am seriously thinking about skipping one of the evening sessions to take in another show! Don’t tell head office!

Finally, can I put one more reminder / plea out for potential parent governors. The deadline for expressing your interest is 9.00am on Monday. The letters and in formation are on the website should you need them.

That’s it for another week. You should have received information about the upcoming consultation evenings earlier today. Any problems, please do get in touch. It’s my mum’s birthday this weekend and so I am seriously hoping my dad will be so preoccupied in buying cards and presents he won’t have time to moan about this week’s blog. What do you reckon?