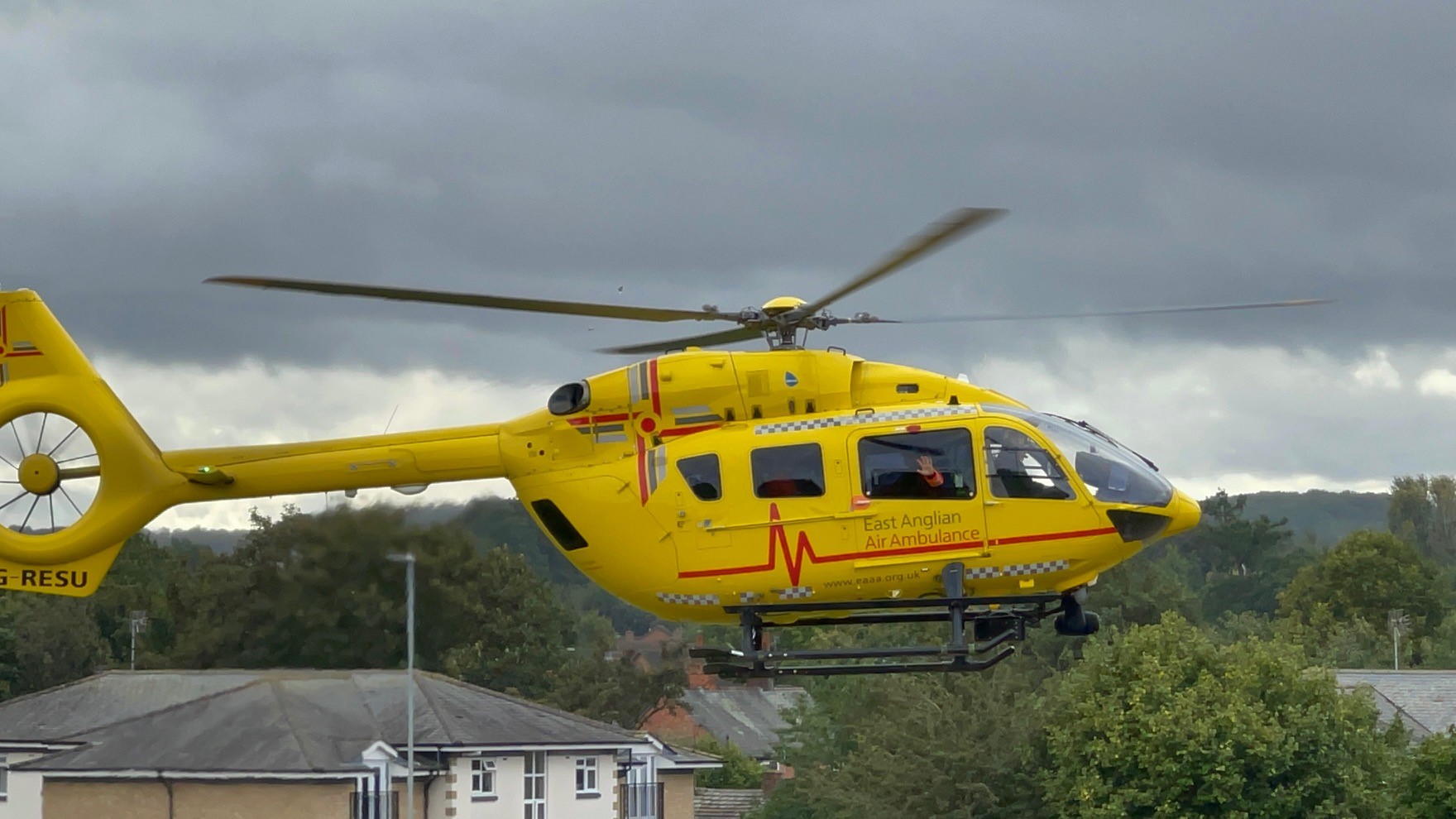 What an interesting week it has been. I am writing the opening paragraphs of this week’s blog from my room at the Westminster Plaza hotel overlooking the Houses of Parliament as I come to the end of the first day of the NAHT conference which is being hosted in the old County Hall building on the South Bank. I have a small amount of time before heading out again for something to eat. More about the conference later!

The week started quite calmly. We welcomed a Year 13 student from Hitchin Girls’ School who is applying to study primary education at university next year and wanted to add to her experience. It is always lovely to see students embarking upon their chosen careers and we have a good track record with former HGS students on our staff. Can you name them all?

Mrs Avey popped down on Monday afternoon to join me and Mrs McConnell Smith in a catch-up session to talk through issues relating to both schools and there was plenty for us to think about, particularly with changes coming in next February in relation to early reading and the teaching of phonics. As a junior school, this is something which wouldn’t usually impact us too much but of course we have the small matter of the disrupted learning over the last 19 months. There is plenty for us to think about now.

By the end of Monday and then continuing Tuesday, I had to go into overdrive. There were several decisions to make, and make quickly. I made the proactive decision to implement a few aspects of our Covid emergency plan, given the report of a couple of additional positive cases. I wrote to all parents informing them to be vigilant and pulled whole school assemblies, reverting to a blended approach for the remainder of this half term. I hope that this decisive action will limit cases and of course, will be reviewed constantly.

Having tweaked lunchtime again to give me a little more space, I was not expecting the message from outside on my walkie-talkie which went something like, ‘Steve, they want to land a helicopter on the school field!’ Not what you hear every day and so I quickly went outside to be greeted by a police officer who gave me six minutes to clear the field as the air ambulance wanted to land.

I was so impressed with, and proud of, the way the pupils responded to the instructions and we were clear in seconds, wondering what was about to happen. The helicopter from East Anglian Air Ambulance did indeed land on the top field allowing two doctors and an advanced paramedic to head onto Sunnyside Road where their services had been requested by local ambulance crews.

Given the proximity of the incident, it was not appropriate for pupils to get any closer to the helicopter in the first instance and of course it must be remembered that as exciting as the ‘visit’ might be, it was on a real emergency and of course our thoughts are with the family affected.

Once the crew were back at the helicopter and the emergency was declared over, we were invited to have a look around the aircraft and therefore I asked the Junior Leadership Team to have a look. This was particularly pertinent as we were about to decide which charity to support this year and of course, the EAAA is a charity. The rest of the school assembled on our playgrounds to see the helicopter depart, but before it did, one of the pilots spent some time talking to the pupils and answering their questions. Considering the reason of their visit they were all exceptionally generous with their time.

It is worth sharing with you that later that afternoon, the inspector from Herts Police, who was coordinating the incident, phoned me to express his gratitude for being able to use the site but also the amazing way the pupils responded. He didn’t have to, but he did.

On Wednesday lunchtime, after the majority of the pupils had got their lunch, I met with the Junior Leadership Team again to outline the plans for the year. It was a great meeting and it is clear to me that they are going to be a lovely group to work with in this inaugural year of this new format. In this meeting, we established the school projects which will look at gaining the school the Eco-Schools Green Flag Award. The four Year 6s also agreed to support the Air Ambulance as their chosen charity for the year. We are going to look to support Parkinson’s UK as well, depending upon the amount raised. The other key decision made was where we would have our first off-site meeting and I think Ellie’s request of Pizza Express got the nod.

On Wednesday afternoon, Miss Gooderham took our rapid fire cricket teams to take part in a competition at Samuel Lucas School. It was a very enjoyable afternoon, with the most competitive game being Whitehill v Whitehill. No surprise there.

I had a lovely conversation on Wednesday afternoon with Jacob (Year 3) and presented him with a Headteacher’s Award for his wonderful attitude. I have mentioned this before but having the opportunity to chat with pupils about their work or, as in Jacob’s case on Wednesday, his all-round positive approach. You can also tell how proud the teachers are when a pupil in their class gets this type of recognition. Well done Jacob and all other recipients this week.

There was some wonderful geography being done in Year 3 this week. The pupils were looking at the UK and in particular the topography and used Lego to recreate the key areas. Appropriate use of white bricks for the top of Snowdon, for example, were evident in their work. I was a little amused by the height of one of the Highlands of Scotland in one particular model; I am not sure a three peaks challenge would be possible if it were really as high as they made it.

I had a governors’ meeting on Wednesday evening, leaving school around 9.45pm, making sure I spent a few moments ensuring I had left my office and the school ready for my absence as I attended the NAHT conference.

As I said at the start of this blog, on Thursday morning, I headed into London, rather than to school, to attend the National NAHT conference. I think the majority of you will know that I am on the committee of the Herts and also Eastern Regional branches and it is wonderful to be able to attend an in-person event again. This annual conference was actually last held in early 2019 and so it has been a while.

I kept in touch with the events back in school and eagerly awaited news from Miss Gooderham as to how the footballers had got on in their first match. Despite losing, I am led to believe that the score line didn’t reflect the balance of play and so there is plenty to look forward to in future matches.

Mrs McConnell Smith led our weekly Achievers’ Assembly for me on Friday morning. Having reverted to a blended approach, the Year 4s were in the hall (mainly so Mr Denney – on his birthday – could be on hand to sort all things ‘technical’) with the rest of the school watching from their classrooms.

We still had live music, of course, and this week it was Grace who entertained the school playing the piano. There have been plenty of house points awarded again this week and so we celebrated many more bronze certificates which in turn led to Fire winning the House Cup. Mr Waluk had been instructed by the Wombles that they should go to Kahlo Class for the week and, rightly so, Orville won Class of the Week.

We also celebrated this week’s sports successes with pupils sharing their thoughts and awarding some ‘player of the match’ stickers to Isaac (Year 5), Oona and Henry (Year 4).

My conference continues through to tomorrow evening and so I have decided to skip dinner tonight and take in a show. As tempting as it was to see Come from Away again, I picked up a ticket for The Prince of Egypt instead. I’ll let you know what it is like. My blogs are beginning to merge into theatre reviews these days… now there’s a possibility for the future.

I have been invited to a ‘round table’ with the new Secretary of State for Education, Nadhim Zahawi, tomorrow morning which will be very interesting. He’s only been in post for a few weeks but I am keen to hear how he intends to lead the Department and what his priorities will be. I have a couple of questions in my head.

So, looking forward, you still have another week to book your consultation appointments which take place in the last week of the half term. If you are having any issues, please do get in touch.

On Monday, I have a reporter from Schools Week coming to visit. No agenda, just a chance to see the school in action and make a new contact. I have no doubt it will involve chatting with a few of our class reps.

Many of our Year 6s will be taking part in their Bikeability course next week and it is hoped the Year 5s will be offered this opportunity later in the year.

I have another governors’ meeting on Wednesday evening and with my wife away for three days with the Year 8s from HGS, I also have three days of peace and quiet! Please don’t tell her I said that!

There is a football match after school on Thursday which I might try and attend before looking forward to hosting Achievers’ Assembly on Friday.

That’s it for the week which has certainly thrown quite a lot at us. Have a great weekend and I will see you on the playground on Monday morning.

Thank you for the positive feedback in relation to Jacob. I am very proud of him, and he is very proud to be part of such a wonderful school.