Headteacher for the Day

Headteacher for the Day 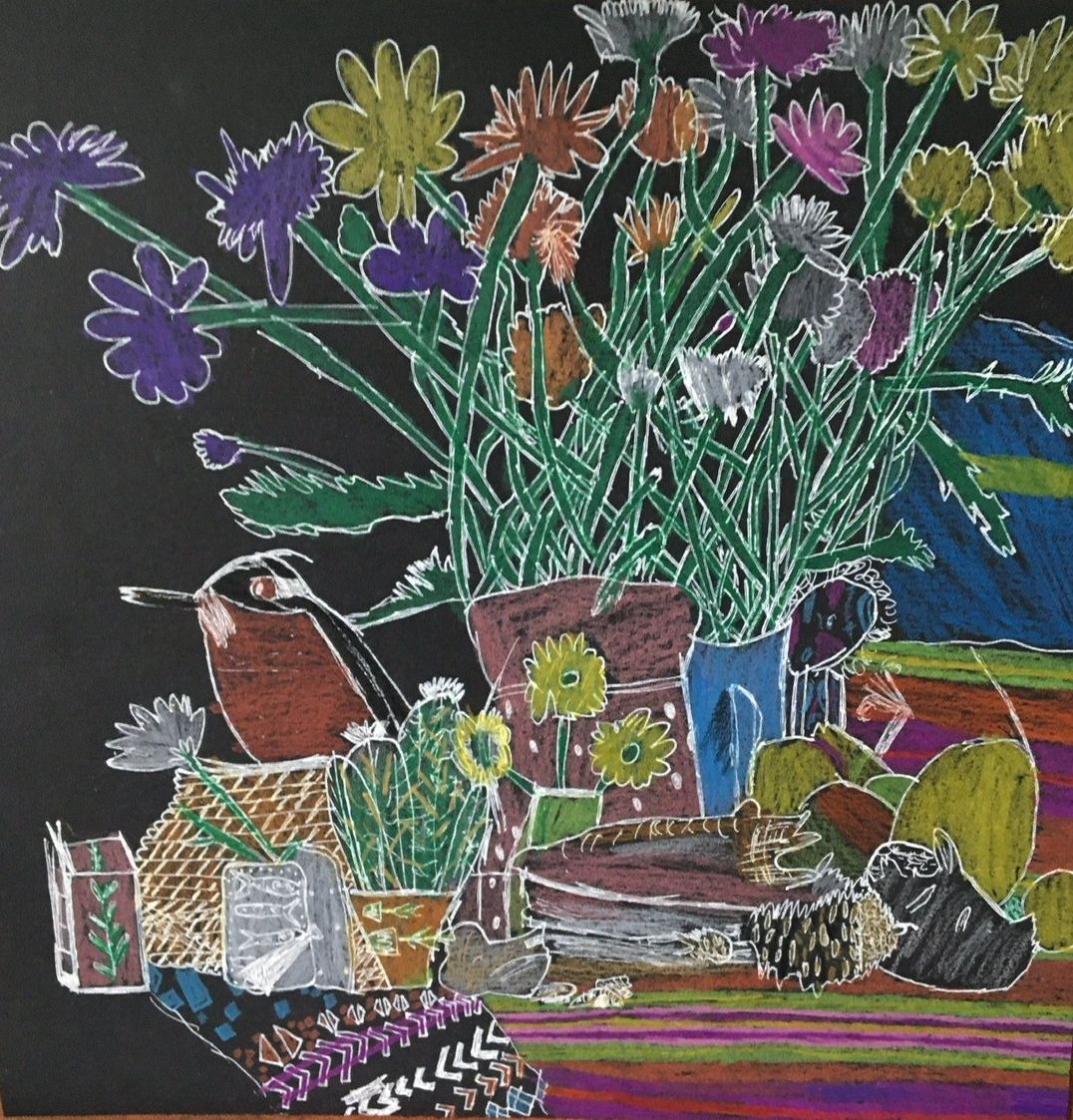 My blog last week was written from my National Association of Headteachers conference in London. At the time of publishing, there was still one day to go which saw the new Secretary of State for Education, Nadhim Zahawi, come and address the attendees. After this speech, I was one of a handful of Heads who were invited to a ‘round table’ where the SSE came ‘off script’ and answered questions without prior knowledge of the subject matter. It was a very interesting hour and only time will tell how the Department moves forward following a complete change in personnel.

It was an amazing venue for the conference and it was fascinating to see the inside of a building which I have walked past on so many occasions. There was a real sense of history and of course, the view across the river was quite special too.

Back in school on Monday, many of the Year 6s arrived on their bicycles ready to embark on their Bikeability course. It wasn’t that long ago that I was reporting last year’s Year 6 were doing something similar The team from Herts County Council are trying hard to catch up following the cancellation of so many courses due to the pandemic. We are hoping that our Year 5s will get a chance to take part in the course later this year which means we will have caught up.

My assembly on Monday was delivered via Google again, from my office. It was actually quite enjoyable and very efficient. Whilst it is imperative we don’t completely lose our whole school assemblies and celebrations, such as singing and achievers, I think some of our assemblies could be delivered this way. Staff certainly appreciated the time gained by not having to venture to the hall etc. and also by doing it first thing, they felt the rest of the day was far more productive. Let’s see how this develops.

I was really impressed with the artwork produced in Kahlo Class on Tuesday. The pupils were given a choice of media and paper and were given the time to be creative. I already have a copy of one pupil’s work on my wall and have seen the others on display in the classroom, there may be a few others joining it.

I was in school very early on Wednesday as I had to drop my wife and daughter off as they got ready to take the Year 8s from HGS to Caythorpe for their PGL residential. It was lovely to have a few hours to myself in school to get things done before everyone else arrived.

Lunchtimes are going well and the extra ten minutes gained by starting at 11.50am has allowed us to ensure sufficient space and time for all pupils in the dining room. Year 5s were last in on Wednesday and as per usual, I spent some time chatting to the last few pupils as they finished their lunch. Isla was one of these pupils and she started to ask me questions about being a Headteacher. ‘What do you do as Headteacher?’ ‘Is it hard?’ amongst others. Before I knew it, I had offered Isla the chance to be Headteacher for the day. We will make a date for after half term and I really hope she is not too disappointed… or bored! I have a few ideas of tasks she can do. Perhaps, if it works well, we can offer a similar opportunity to other pupils going forward.

After school, before getting another haircut courtesy of Mr Waluk, our talented site manager, I joined Cookie Club for a marathon Connect 4 session. It is one of my favourite games which used to feature in an annual Mills family New Year event in Manchester when I was their age. I take it very seriously, especially when the pupils are challenging me to try and win one of the Biscoffs I have in my office. I went unbeaten for so long until Chloe (Year 3) got her revenge. I have a vague recollection that a throwaway comment along the lines of ‘whoever beats me can have a biscuit every day for the rest of their life,’ may come back and haunt me! I really must keep my mouth shut! Liam (Year 5) came close when we ended one game in a draw.

On Thursday morning, I had the pleasure of joining Year 4 targeted teaching to act as Mrs Davies’s ‘able assistant’ during their maths lesson. The ‘able’ aspect might be questionable but I had a wonderful time working alongside some very good mathematicians. Coco-Bella, Sylvia, Eliza, Jacob, Milly and Noah, amongst others, certainly impressed me.

Later that day I had the pleasure of awarding some more Headteacher’s Award, including to Lizzie and Albie (Year 3s) for amazing effort in class. Ben (Year 3) also received one for his independent writing.

After school, Miss Gooderham took a football team to her former primary school, Pirton, to play in a match. My diary was reasonably clear and I could delay the Connect 4 rematch with Chloe, therefore I went over to watch. It was a very exciting game with ten goals shared equally between the two teams; the lead changing hands on numerous occasions. Spencer (Year 6) was drafted in at the last minute to play in goal and made some good saves. I was also impressed with Leo and Bailey (Year 5s) who played on the wings. Thank you to the parents (including Miss G’s mum) who came along to support.

I don’t usually do ‘reminders’ in these blogs but whilst talking about sport, Miss Gooderham has asked me to remind you that pupils should really have a change of socks for PE now that the grass is getting wetter. A pair of white sports socks in the PE bags will be just perfect and prevent pupils from sitting in damp and uncomfortable socks when back inside.

We had our usual Achievers’ Assembly on Friday morning. Year 3 was with me in the hall and the remainder of the pupils joined remotely. The music was provided by Eddie who played the piano for us again.

It was lovely to see a few more silver awards as well as many bronze awards and with all these merits the House Cup was awarded to Earth House. This week’s Class of the Week is Voyager and the Wombles are heading ‘over ground’ (and up the stairs) to Apollo class again.

Looking ahead to next week, and the last before we can have a bit of a rest, the Year 3s are out on Monday morning taking part in a local history walk. In the afternoon, Apollo Class are joining forces with one of the local Rotary Clubs again to plant some more crocus bulbs on the edge of the school field. We last did this two years ago and it will be with exactly the same pupils who were in Year 3 that time.

On Tuesday and Wednesday evening we have our consultation meetings. I sent out a reminder on Thursday but please do get in touch if you are having issues making an appointment.

On Wednesday morning, the school health team are in administering flu vaccines to those who have opted in. At lunchtime, I have the first of a few meetings with the local authority looking at term dates for 2023-2024. I struggle to think as far as next week, let alone two years into the future!

We have agreed to host a Key Stage 1 Sports Festival on Thursday morning and I have no doubt that Miss Gooderham will be asking for a bit of help from some of our Upper School pupils. There is more sport after school when Mrs Bryan and Mrs Small will be taking a couple of netball teams to St Francis College to play our first matches in about two years. This is going to be exciting.

At the end of the week, the rescheduled meeting with the Schools Week reporter is in the diary and I know our Class Reps are keen to chat.

After school next Friday, the Friends’ Association are going to be running a ‘snack sale’ on the playground. Look out for details direct from them as they have some stock to sell before the winter months take hold.

I am off after school to pick up Mrs and Miss Mills as they return from the HGS Year 8 trip. My peaceful week is over!

In light of my email to parents yesterday, please continue to be vigilant for Covid symptoms. Thank you for your proactive approach with this.

Finally, Mrs Stokes’s daughter came up trumps again this morning with her annual delivery of the trading cards Sainsbury’s give away. I have thousands (yes, thousands) in my office! If anyone would like some (a lot), please tell their child to come and see me next week. I have spent ages tidying my office and would like to clear it again as soon as possible!