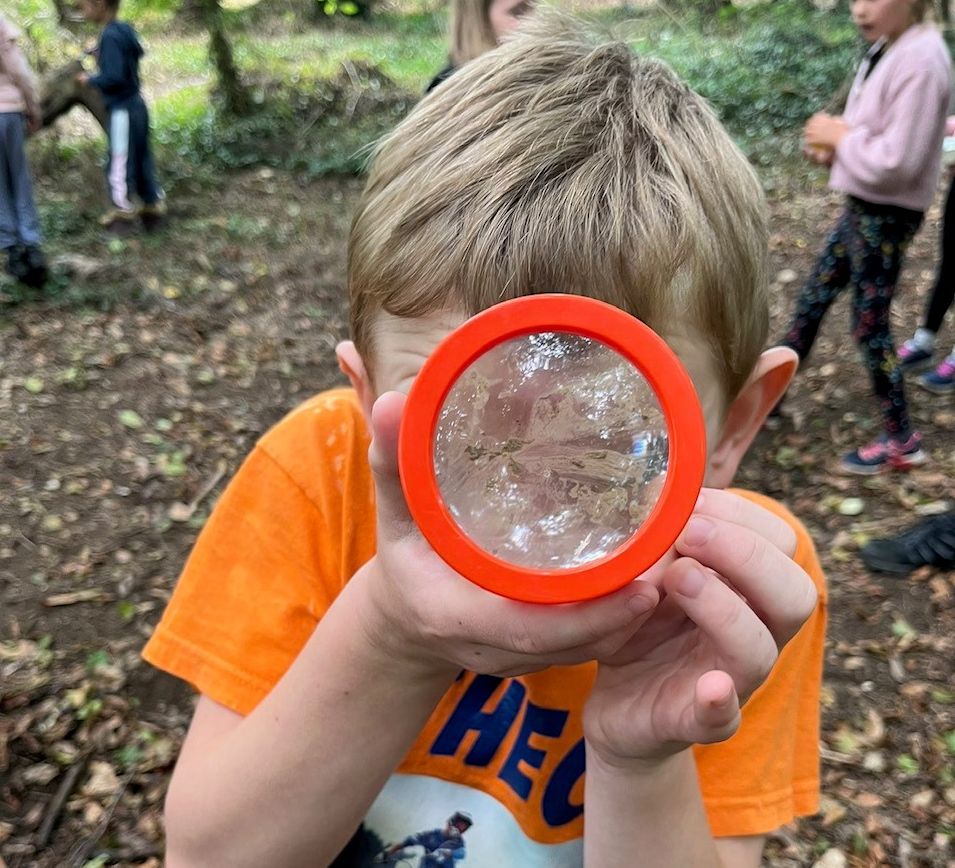 We have reached the end of week two and the end of the second week of our ‘soft start’ to the academic year. This two-week settling in period has allowed for a combination of team-building activities, visits and collaborative projects, whilst slowly moving towards the start of the school’s curriculum. From Monday, it is full steam ahead, so to speak and judging by what I have seen in all eight classes, the pupils are definitely ready.

In a few minutes’ time, I will be joining many Highbury and Whitehill families for the Friends’ Association ‘social’, again, another way of welcoming you all back to the start of a new academic year before we lose the lighter evenings and the warmer weather. Very much organised as a social gathering, we are due to be entertained by some amazing cyclists. I have no doubt this will feature in next week’s blog.

My scheduled bungee jump didn’t take place last Sunday due to the ongoing events in London but we have had it confirmed that it will now take place on Sunday 16th October, still in Battersea Park. A huge thank you to all who have sponsored me – the total stands at over £1500 (with gift aid).

On Monday morning this week, the Year 4 pupils were treated to a ‘meet and greet’ with some prehistoric visitors. Both classes then spent time in an archaeological workshop, looking for and at fossils to see what they could learn. I visited Orville class later in the day where they had just done a very interesting science lesson looking at teeth; human this time, as opposed to those seen in the morning. I am sure many of you will have seen the amusing photograph shared by Mrs Locke on twitter.

Many of our extra-curricular activities have got underway this week. A copy of the latest schedule is on the school website now although this could well change. Of course, I will put updated versions online as and when needed. After school, netball club started with over 40 pupils taking part. Across the week similar numbers – if not more – have taken part in other activities and it is lovely to see our newest pupils so enthusiastic, signing up to anything on offer!

Year 3s headed out to Wymondley Woods on Tuesday afternoon to take part in a variety of activities and it then became clear what all the hammers were for. Lovely to see the creative approach the teaching team take with regards the tasks or desired outcomes.

I have mentioned our newest pupils a great deal in this blog and also in last week’s and I have been so impressed with the way they have settled and the approach they have taken to their work. I have no doubt they are going to have a wonderful four years.

When not visiting classes this week, I have tried to catch up on many of the procedural tasks that make up my ‘to do’ list at the start of an academic year. The list is extensive and essential and is being reduced. I have amazing support from the teaching team but also from Mrs Lanni and Mrs Granger, my admin team, who are on hand when I shout for help from my office. It was interesting to spend some time looking at the school’s budget on Tuesday afternoon and getting this updated to the best of our ability given the many unknowns over energy prices and salary uplifts.

We said goodbye to Miss Edwards at the end of the summer term but as she hasn’t gone to university just yet, she has been back a few times already to help out. She also completed her final assessment on Wednesday morning and I am sure she won’t mind me sharing with you all that she ‘smashed it’ being awarded the highest possible grade. Well done, Miss Edwards!

On Thursday, we had the hustings and elections for this year’s Junior Leadership Team. The timing was perfect as this week we received the actual ‘flag’ for our Eco Flag Award. In the absence of a flag pole, we now need to find somewhere to display it. The flag marks the culmination of the project which was the pledge selected by last year’s JLT.

In a special assembly, the fourteen Year 6s who put themselves forward this year had the opportunity to present their ideas to the school. It was lovely that Mrs Avey was able to join us to see just how grown up her former pupils are. After the assembly, the candidates then visited the classes to answer any questions the pupils and teachers had as well as each spending a few minutes with me and my Chair of Governors, Dr Ray. Just before lunch the ballot papers were collected in by Mrs Burniston who has worked hard coordinating the day for us.

With the results closely guarded until the end of the day, the teachers then had a special staff meeting where we decided which Year 6s would take positions of responsibility within their House. More than ever, this was an exceptionally difficult job – our Year 6 cohort is simply amazing this year. If pupils weren’t successful today, when the results were announced, I have no doubt there will be plenty of opportunities to show what great ambassadors they are over the coming months.

The positions of responsibilities announced today are as follows:

Again, well done to everyone who was presented with their badges today.

I had promised Thomas (Year 3) a game of chess on Thursday evening whilst he was at Cookie Club. I want to apologise publicly to him that this didn’t happen due to the meeting after school taking so long. I will play him, otherwise his sister (Year 6) will tell me off again and I don’t want that to happen!

As well as presenting the badges to our new ambassadors, we also presented the weekly awards. Class of the week went to Orville, the Wombles went to Mayan Class and Water won the House Cup.

We had our first live music of the year too and this was provided by Isaac who woke everyone up by playing the drums and then at the end of the assembly, new Year 6, Emily, played the piano for us.

Tomorrow morning, Miss Gooderham has a team taking part in the Early Season Football Rally at Wilshere Dacre School. There has only been one practice so far but I have no doubt the players taking part will have a great time, and do their best. I am not quite sure if I will be able to get there but if I am free, I will do my best.

Looking further ahead, we are closed on Monday for the funeral of Queen Elizabeth II. We’re back on Tuesday where I will be spending most of the morning listening to an online briefing about aspects of the updated safeguarding requirements.

On Wednesday, the Beano are back in to work with Wilde Class as they continue their media work as Britain’s Funniest Class! It’s hard work being famous! After school on Wednesday, parents have been invited in to hear a little bit more about the residential trip to the Isle of Wight next May. As I am trying to get on this trip, having enjoyed it last year, I think I better attend too!

Thursday seems to be a day of meetings and looking at my diary, two of these seem to be at the same time. Not quite sure how that happened.

At the end of the week, I have a meeting scheduled with two members of staff from Hitchin Girls’ School who are keen to run a classics / Latin based club at Whitehill this year. I started this blog talking about some of the clubs we run at Whitehill and this meeting highlights my desire to include opportunities which appeal to as wide a range of interests as possible.

I hope you all have a lovely, extended weekend and I will see you on Tuesday morning.