I am that old!

I am that old! 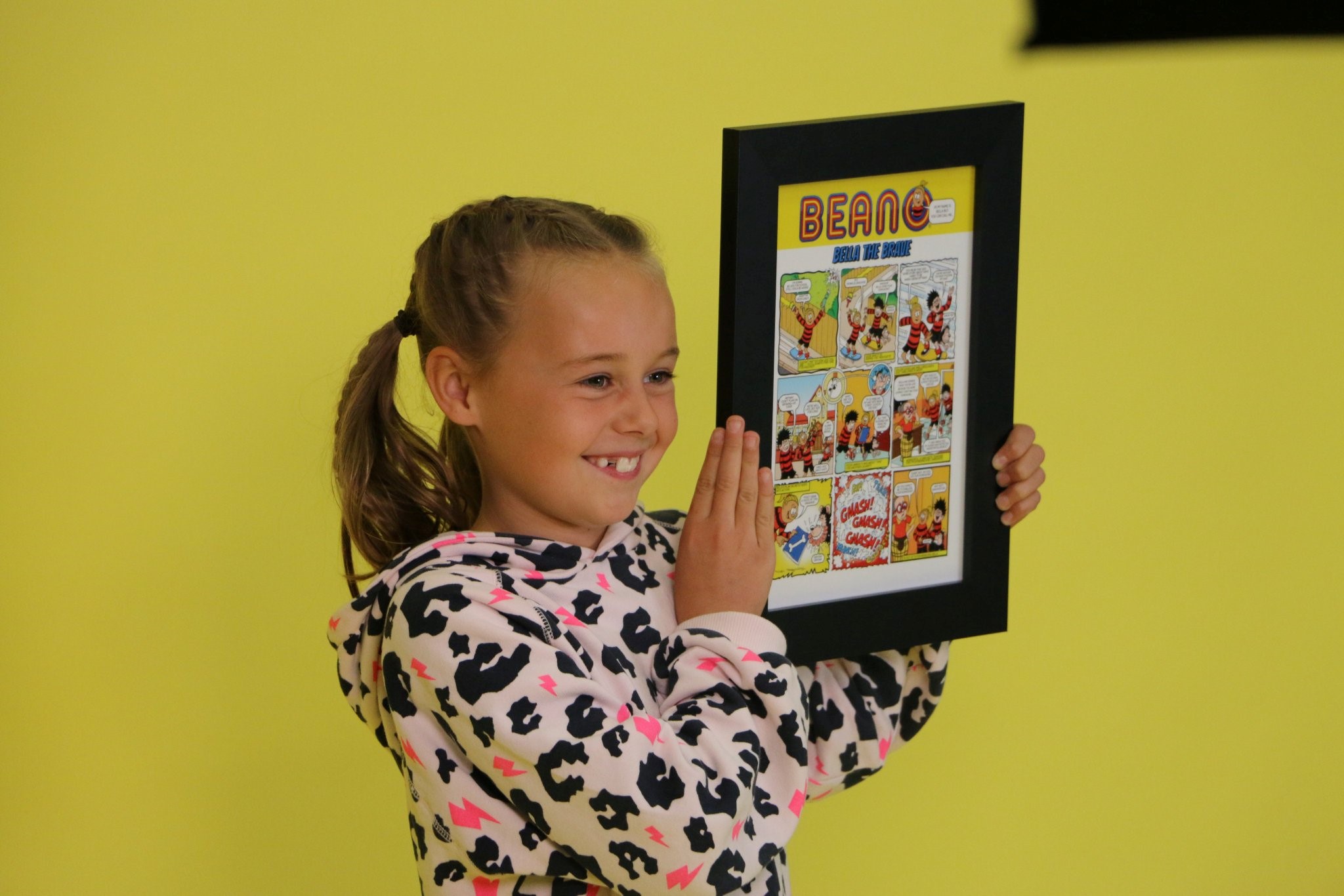 We might only have been in school for four days this week but it has certainly been a productive week with pupils really pushing ahead with their curricula now they are back in the routine. I had the pleasure of chatting to quite a few pupils who had been sent to me with impressive work. Charlotte and Jemima, for example, in Year 5.

Before the long weekend, we were treated to another Friends’ Association ‘social’. Although by the end of the evening I could tell Autumn has arrived, the entertainment was just something else. Mr Lord was desperate to have a go and prove what he could do on a BMX, but I think bowed to the skill of the team who were flipping and jumping for us. The Friends’ committee are so proactive and so creative (they’re getting me to bungee jump, don’t forget) but I am worried about Mrs Bannister’s suggestion of ‘bungee jumping, BMXers being chased by display dogs through fire’… or something like that anyway. The Friends’ Association have their AGM in a couple of weeks’ time and I know would love to have you join them. Look out for the invite.

You will no doubt have spent Monday how you all felt best. I did watch the coverage of the funeral and what struck me was just how incredible our uniformed services are. I know we have family and friends of Whitehill who are in the armed forces or uniformed services and therefore it seems fitting to say ‘thank you’ for the work you do day in and day out, much of which usually goes unnoticed and unreported.

I wouldn’t say my diary is looking a little full at the moment, but on Tuesday, I was in two meetings at exactly the same time. I was tuned into an online briefing which included someone from the DfE who had the cheek to say that ‘schools were closed’ during the pandemic… I may have pointed out that slight error of judgement. And then half way through, we had an SLT meeting which was far more productive and far more accurate. Why? Because it was about our pupils.

The feedback from Mrs Small, one of our maths leads, who popped in to see how Magical Maths club went this week was very positive. Hopefully, those who attended, enjoyed it and are looking forward to next week. Even with a maths degree, I learned a ‘trick’ which I had not come across before.

Wednesday was hectic. The Beano were back in for another session filming the pupils now in Wilde Class. It was a full on day but the pupils took direction well, smiled on queue and certainly appreciated their personalised Beano gifts which were handed to them. When I get a copy of the photos, I will look to put them in the website gallery. Where these photographs will be used, once they have had the beano magic added, who knows, but I suggest we are extra vigilant over the coming months as Whitehill Year 6s could appear anywhere.

The day before the team arrive to film, a sofa arrives. It is a lovely sofa and I know Mrs McConnell Smith is desperate for us to keep it. Unfortunately, the day after the filming, it is collected again. They did need to tip me off it, however this time.

It was lovely to welcome my predecessor, Mrs Bradshaw, back into school for coffee and a tour on Wednesday afternoon. Although she still has close ties with the school, an enjoyable and busy retirement have meant that she hasn’t been able to visit that often. I think she was pleased with what she saw and I know she was very impressed with the artwork, particularly the wonderful work completed by Kahlo Class.

After school, pupils and parents from Year 6 joined Mrs Bryan and Mrs Bailey for an update on the Year 6 residential next May. I will put the slide deck on the website in the coming days for those who weren’t able to join us and of course, if you have any questions, then please do not hesitate to pop in for a chat. Mrs Lanni and Mrs Granger will be able to answer most questions for you.

Another online meeting took up most of my time on Thursday morning but this was extremely informative. For those new to these blogs, you may read me refer to my work with the NAHT from time to time. The NAHT is my professional organisation, the National Association of Headteachers and my involvement is both county-wide and across the Eastern Region. This week was a regional meeting with the key agenda item relating to the significant strains on school budgets. This isn’t going away any time soon and the work they are doing is extremely important.

Phase were in to work with Year 6s on Thursday afternoon – the first of five sessions across the year. They are an amazing, local organisation who do a lot of positive work across primary and secondary schools.

Not wanting to be admonished by Isla (Year 6) again, I did find time to play chess against her brother, Thomas (Year 3) after school. He is a good player and I am going to have to be on top form if I want to beat him. Ed (Year 6) already shows me no mercy when he plays me and I can see Thomas following in his footsteps. I also played a few games of Connect 4 – my absolute favourite game – against some others who were at Cookie Club.

It was lovely to have Mr Weir, one of our governors, join us for our Achievers’ Assembly on Friday morning. He listened to Emily and Grace entertaining us on the piano at the beginning and the end. He also saw Earth win the House Cup; Kahlo win the Womble and Apollo win Class of the Week.

After Achievers’, we spent some time looking at some assessment data from the end of last year. One of the governors’ roles is to scrutinise the outcomes of our work (with me) to ensure we are providing the best education we can for our pupils. I am grateful for the time all our governors give to support me and to share in the successes of our pupils. It’s a voluntary role and I don’t take it for granted.

In a few minutes time, I am meeting with two members of staff from Hitchin Girls’ School who are keen to run their Latin Club at Whitehill this year. Look out for details coming home because it will be a great opportunity to do something a little bit different. You might not think Latin is relevant these days but having studied Latin at ‘O’ Level (yes, I am that old) I still use it regularly in many aspects of the curriculum.

Tomorrow, it is the turn of the girls’ football team to take part in an early season rally at Wilshere Dacre School. Again, good luck to those taking part and thank you to Miss Gooderham for giving up another Saturday morning.

Whilst thinking about sport and fixtures, Miss Gooderham has asked me to highlight the fact that sports letters relating to playing for a team etc. will now be sent out via School Gateway. There will be instructions in the letter stating how to respond in terms of helping with lifts and giving permission to play. Any questions, please do get in touch.

Looking ahead, on Monday, our Year 3s are out on another trip. This time they are walking into town to visit the library and the museum. Another visit next week sees the Year 4s visit the Hindu temple. Moved to the beginning of the year, some may remember me writing about the last time we visited the Bhaktivedanta Temple a few months ago, as ‘one of the best visits’ the teachers have ever run. I hope this year’s Year 4s have a similarly enjoyable time.

Assuming there are no ‘calls’ next week, then on Thursday, my leadership team and I will be locked away for the day preparing for the impending ‘call’. As I mention often to parents who ask, I feel we are ready but there are always little things that I can do to ensure the teachers are able to show off how wonderful the school is.

The football season starts on Thursday with a couple of matches against Our Lady School. I look forward to the match reports starting again in our weekly Achievers’ Assemblies.

That’s it for now. Have a wonderful weekend!