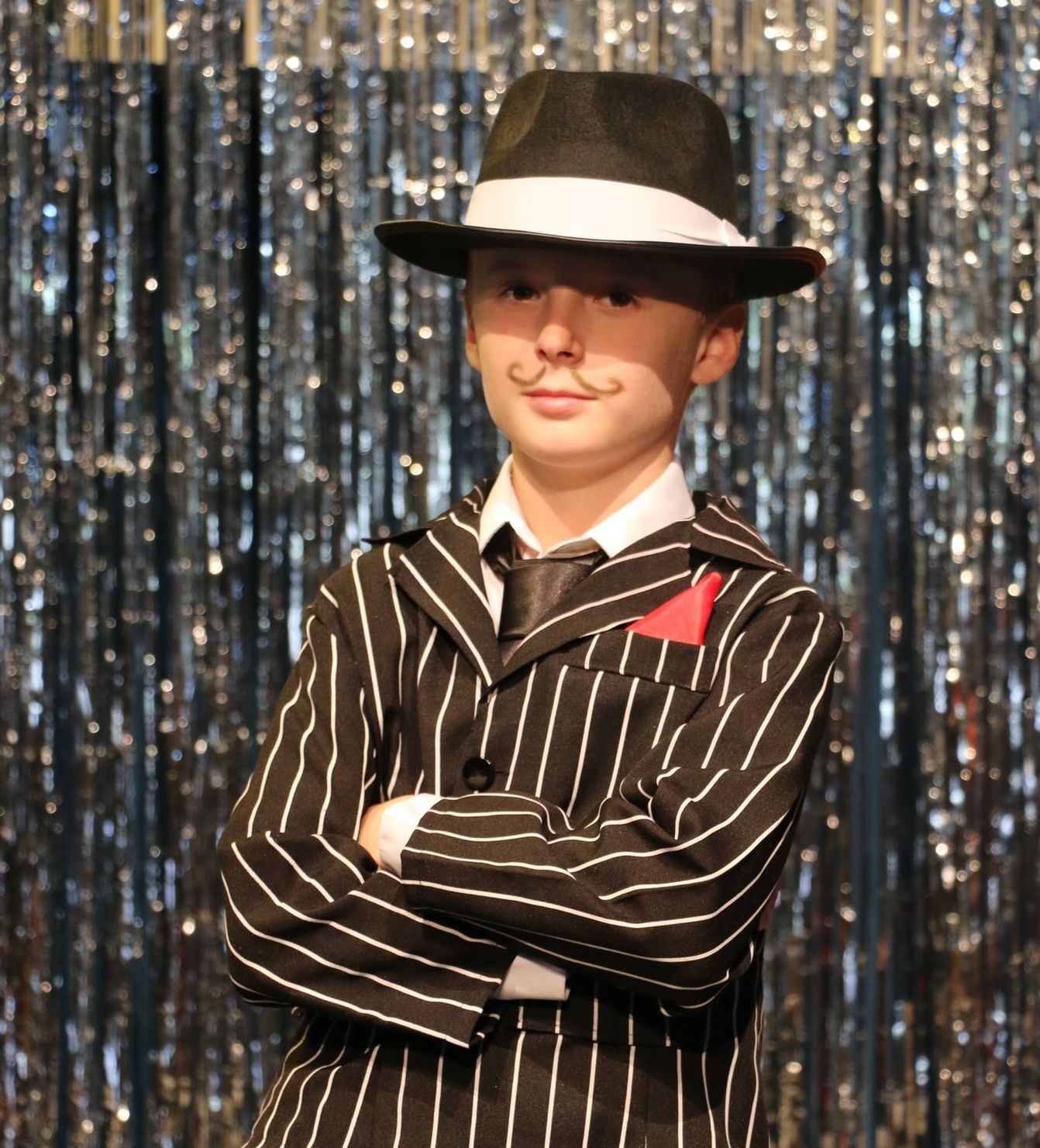 What an awesome week! So much happening and so much enjoyment across all four year groups. We may only have four and half days to go but the teachers and pupils are all continuing to work really hard; who knows, we may still get that Ofsted call (although I really hope not now).

In general news this week, we found out that we have been re-accredited with the National School Games Platinum Award for a further two years. This is an incredible achievement and it takes years of work to get that initial Platinum award and then sustained effort to retain it. Miss Gooderham, Miss Edwards and the team have had a wonderful year. To quote Jay from the North Herts Schools’ Sports Partnership, Whitehill has, “a real can-do culture from such a dedicated team. Embracing change, ensuring all students have relevant and meaningful opportunities to enjoy being physically active.”

I think I am right in saying that over 70% of the school have represented Whitehill in a fixture or event in some way this year. Even though Miss Edwards is leaving us, Miss Gooderham already has plans as to how to develop PE and sport even more from September.

On that front, Miss Gooderham had a group of pupils out at a multisport event at the Priory School on Monday to increase the total of representatives yet further.

The other amazing news is that our Summer Social on Friday evening raised a whopping £4141. This is an incredible amount and I know I speak for the Friends’ Committee and Mrs Avey when I say how pleased and grateful we all are. It was a really good evening and I enjoyed chatting with so many people, including some former pupils who came along to say ‘hello’. Huge thanks to Mr Flain who kept us entertained all night and managed to accompany the Year 6s with zero hours’ warning too. This money will go in the ‘pot’ to be distributed between Highbury and Whitehill in due course.

One project I have my eyes on at the moment which will support PE as well as geography is a purpose-built orienteering course around the school site. I have already read information on it and I think it will be a great addition to the school.

On Monday morning, instead of my usual assembly, we welcomed in Jasmine and Fifi. These are George’s (Year 4) dogs which he shows at competitions around the country, including Crufts. Joining George were his mum and sister (who will be a Whitehill pupil from September) as well as George’s coach, Donna from ‘Barking Mad’. It was a lovely talk and demonstration and we are all immensely proud of George with all the success he has been having recently.

Three hours of safeguarding audit followed for me, working with staff from the Local Authority. It was a thorough examination of our processes and understanding and I am pleased with the outcomes. It was particularly good to get glowing feedback about the way we record casework and the decisions we reach. Safeguarding in a school is key and it is imperative to get it right.

I was really grateful for the ice-cream which had been brought in by a Year 4 family for the staff when I emerged from my room. It was a lovely touch and really appreciated by the staff. Thank you.

We have had three performances of the Year 6 show, Bugsy, this week and I have enjoyed everyone. As I said last week, I hadn’t seen any part of the show before Monday and really enjoyed it. There were some standout performances but I thought everyone involved can feel very proud of what they achieved. The accents and splurge guns were particularly awesome and I thought Lewis looked quite the part in his suit!

We held a collection after each of the three shows with the money raised being added to the school charity pot. In these three shows, your generosity has added in excess of £300. Next week, after the school discos, we will know just how much money we have raised across the year for our chosen charities: East of England Air Ambulance and Parkinson’s UK.

I sent out a letter on Tuesday outlining the adaptations we were making because of the warm weather. One such change was to only hold an Upper School rounders competition on Tuesday and move the Lower School one to Wednesday. Earth ran out victorious in the Year 5 and 6 competition with Fire winning the Year 3 and 4 one, much to Mr Wells’s delight!

In a change of routine, we had this week’s Achievers’ Assembly on Wednesday morning. It is the penultimate celebratory assembly of the year, with the final one taking place next Friday, on the last day of the year. Should you wish to join us (virtually) for this final assembly to see a few awards presented and to say goodbye to the Year 6s, I will send out an MS Teams link at the start of next week. You will be more than welcome.

The usual school awards were handed out as follows: Wilde won Class of the Week. It is certainly all to play for now to see who gets the final one next week and therefore who wins Class of the Year. Air won the House Cup and the Wombles were won by Orville. I think we already know where the Womble of Year award will be heading this year!

I had a meeting at County Hall on Wednesday afternoon but because of the busy diary this week, I decided to take the option of joining virtually. I did pay attention but it meant I wasn’t in a car for 90 minutes either side of the meeting.

On Thursday morning, I would imagine there was a mixture of nerves and excitement for transition day. Our Year 6 pupils all spent the day at their new secondary schools where they were keen to (and told to) make a great first impression. Unfortunately, for the first time in my teaching career, I wasn’t in school for this important day. More about that in a minute.

In school, as the Year 3, 4 and 5 pupils moved up to spend the majority of the day with their new class teachers, we were joined by Yellow and Green Class from Highbury who will soon become our new Aztec and Mayan Classes. I did keep in touch with Mrs McConnell Smith and Mrs Burniston by text to find out how things were going and it all sounded wonderful. Of course, I did meet our new cohort during the tours last week and so I am not too much out of the loop.

The reason I wasn’t there was that finally, two years after finishing her degree, my daughter got to graduate at Bangor University. It’s a bit of a journey and so we gave ourselves plenty of time to get there and decided to stop over Thursday night before heading home Friday morning. I wanted to make sure I was back in school for the Year 6 party which will begin in a couple of hours. It was a lovely day and I am pleased that the university managed to clear the backlog of all the ceremonies which have had to be cancelled.

It also meant I didn’t get to enjoy the Year 5s play their flutes and clarinets in a final session on Friday morning. This is a wonderful opportunity for pupils at Whitehill and I am pleased we will be in a position to offer it again next year. Huge thanks to Mr Brunton and all our peripatetic teachers for the work they do across the year.

Following on from the adaptations this week, you will know now that we made an early call to switch our sports day from Tuesday to Thursday. We could well find it was the wrong decision but in weighing up the pros and cons of an early decision, I think it is the right thing to do. I apologise for any inconvenience this causes to plans for you to come and watch but I sure you understand. Any additional information regarding ‘weather’ will be shared in a timely manner.

Before that, we have another fun inter-House TT Rockstars competition on Monday in the morning, followed by the orchestra playing a few tunes to the school and parents on Monday afternoon.

Wednesday looks like a day of fun! Our Year 6s are heading over to Hitchin Swimming Centre for an end of year treat. Voyager Class have another day with the team from the Beano. I am not sure what this one will involve, but I guarantee they will be looked after and have a great time.

After school on Wednesday, Mrs Burniston and the School Council have organised a School Disco. Finally, after almost three years, we can enjoy a dance in the hall together. Well, when I say ‘we’, I mean everyone except me! I don’t (can’t) dance! Mrs Burniston has sent out the information but to confirm, tickets are purchase through School Gateway priced £5 (by Monday please) which includes refreshments. Pupils won’t need to bring any more money. The Lower School disco runs from 6.15pm through to 7.30pm. The Upper School one form 7.45pm through to 9.00pm.

On Friday, the last day of the academic year, we finish at 1.30pm. Our celebration assembly will start around 10.30am for those of you wanting to join.

That’s it for another week. One more to go!