The Man with Biscuits

The Man with Biscuits 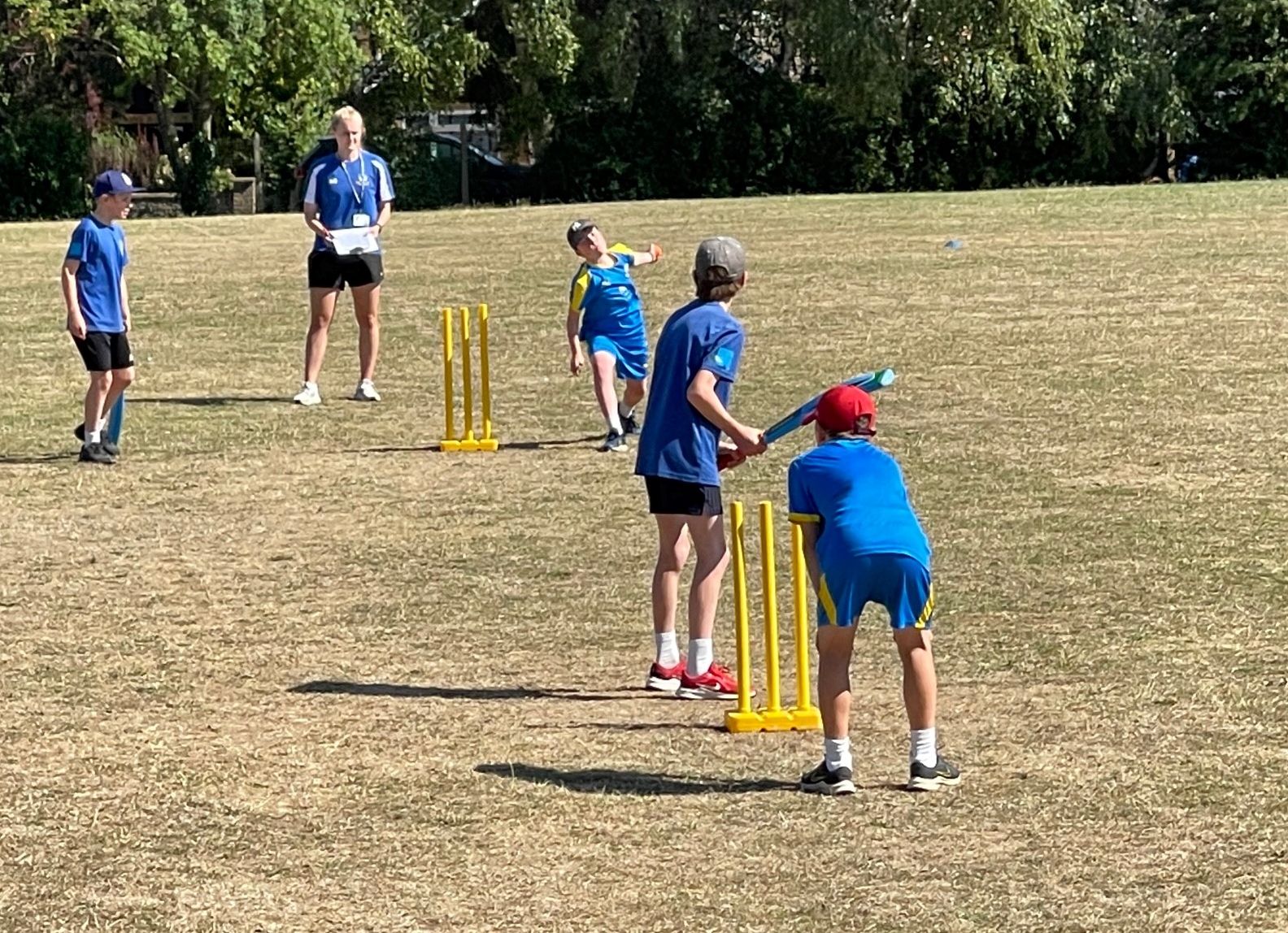 We are now officially down to single digits as we count down to the end of the year. As far as my dad is concerned that means only two more blogs after today before he gets the summer off. It’s a good job I am thick skinned or I might start to take these insults personally!

Anyway, back to life at Whitehill, which as always, is just as busy and enjoyable as ever.

I mentioned previously how, at this time of the year, there is a lot of ‘procedure’ to deal with. Forms to fill, boxes to tick. I am pleased with the progress I have made against these across the week and there is certainly a glimmer of light at the end of this particular tunnel. That being said, there have been times over the week where my work has been fully illuminated by the wonderful things I have seen which involve pupils.

I was in school on Tuesday morning very early as the Year 6 SATs results were due to be released at 7.30am and I wanted to get things ready. By 9.00am, the Department of Education’s website was still down and the ‘Headteacher twitter chat’ was expressing its disappointment. Still not in receipt of the pupil’s outcomes, I was at Highbury by just after nine to join in with the ‘new to Highbury’ talk for the incoming reception pupils. Despite Mrs Avey trying to wind up the first section of the meeting, before I had even spoken, I did get to say ‘hello’ and talk enthusiastically about the relationship we have between Highbury and Whitehill.

Actually, I wonder if my dad had been on the phone to Mrs Avey to tell her to cut me off before I started for fear of me talking for too long. Conspiracy, anyone?

I was back at Whitehill just after 10am to find that the DfE had put 50p in the meter and the website was working again. Results downloaded, I was able to sit back and reflect on a wonderful set of data for this cohort. A cohort which had so much disruption in Year 4 and Year 5 and then with Covid still a thing, periods of individual absence in Year 6.

I am still to carry out a full analysis and as many of you will know, I am not a fan of league tables (other than those which show Manchester City to be higher than Liverpool, Mr Khera) and reporting too much. That being said, I think our outcomes this year will be used by Ofsted when I am asked to highlight how good our remote provision must have been and how well the pupils engaged with it.

Towards the end of the day, I received another email from the Beano. These are quite regular at the moment – I am not complaining – but I think I may change job title from Headteacher to Voyager’s Agent or Publicist.

Anyway, this latest email was to say that they were so impressed with Voyager’s attitude last week that they want to arrange another prize for them all. They really have been very generous and it isn’t over yet. I sent over the ‘Build-A-Beano’ requests earlier today for the class and hopefully they will all be back before we break for summer.

Another one of Mr Wells’s pupils, Igi, cashed in his ‘voucher’ from a prize he won recently. This week it was to have me be his ‘assistant’ in a lesson. He picked maths (thank goodness) and we did some work on units of measure. He let me be in charge of the Pritt Stick, although he didn’t quite trust me to actually do any sticking!

After school on Tuesday and Wednesday we held our transition tours for our incoming Year 3s – the majority of whom are current Highbury Year 2s. There are so many siblings this time around but it is still lovely to be able to give them a tour.

I always start the tours seeing if pupils know who I am – it would be wrong to assume. Confidently, one of the many siblings pointed at me and said, “Yes! You are the man who has biscuits!” My role in life has been confirmed and clearly my supply needs to be increased if 60 new pupils expect me to provide them with party rings every time they visit!

The tours are lovely to do and hopefully provide an insight to school before the main transition day next Thursday. Mrs McConnell Smith and Mrs Burniston, two other members of the Leadership Team, do the tours with me and all three are slightly different but it does mean all pupils are known to a senior lead and their teaching team.

Pupils from Apollo Class went to Hitchin Girls’ School on Wednesday afternoon to watch the matinee performance of their Gym and Dance display. We had a gymnastics squad performing this year with a routine choreographed by Miss Edwards – herself a former HGS student (and regular performer at these shows). I was there on Tuesday evening to help Miss Edwards look after the pupils ‘backstage’ and then I had the pleasure of watching the show on Thursday.

Our gymnasts were amazing! I was so proud to see them do so well and get such a wonderful response from the audience, including the majority of HGS’s Senior Leadership Team. When Igi walked across the entire length of the hall on his hands, you could feel the excitement mount before the spontaneous round of applause. What also struck me was just how much fun our pupils were having.

The quality of the routines across the whole show was so good and it was really lovely to see so many former Whitehill pupils feature. Bibi, Daisy, Isabelle, Layla, Jessica, Megan, Lyla to name but a few, caught my eye.

I managed to watch the whole of the cricket match against St Andrew’s this week. I’ve managed to catch bits of games across the term and so with an ice lolly in hand, I decided to try and watch this one in its entirety. Although we didn’t win, there were some good performances and Freddie’s leg-side flick for six was shot of the season!

I started the week booking in a rescheduled meeting with the Secretary of State for Education, Nadhim Zahawi. I ended the week realising that if that went ahead I would be speaking to the Chancellor and that we were already on SoS number three! I’m led to believe that on Monday Nadhim had written to the then Chancellor, Rishi Sunak, to put forward a case for the teachers’ pay uplift. It is highly likely he ended up opening his own letter. I wonder if he’ll honour what he himself asked for?! What do they say about a week, and politics?!

I didn’t watch the Year 6 production dress rehearsal on Friday as I had a meeting with the former editor of the TES, but I now can’t wait to see it three times next week. Tickets for this have all been issued now and we are at capacity for all three shows.

As soon as I click ‘publish’ on this blog, I will be off outside to support of Friends’ Association with their Summer Social – a repeat of the highly-successful event held in the Autumn Term. The weather looks amazing and this is such a good initiative. I hope to see many of you there; although you are probably already here and so when you read this, you will have been… I hope you enjoyed it!

Looking ahead to next week, we start Monday with a long-awaited show with George (Year 4) and Jasmine, his dog. You may recall me mentioning previously George’s success at Crufts and other such shows and I am delighted that he is going to be showing the whole school their skills.

I am then into a three hour safeguarding audit with the Local Authority before getting to watch the Year 6 show on Monday afternoon. We have our inter-house rounders matches all day on Tuesday, before the two evening Year 6 performances on Tuesday and Wednesday.

I won’t be in school at all on Thursday, returning on Friday afternoon. Finally, after over two years of waiting, I am going to be taking my daughter back to Bangor University for her graduation ceremony. It has been a long time coming, she actually finished her degree in May 2020, but definitely worth the wait. As she keeps telling me, she is the only one of us to have got a ‘first’!

I will be back on Friday afternoon, to set up for and then enjoy the Year 6 Leavers’ party which starts at 6.00pm.

The weather looks good (very hot) for next week and I have mentioned several events which are going to be taking place outside. For that reason, please do ensure your children have appropriate amounts of sun cream on and perhaps a hat. They also need to keep hydrated.

Anyway, I’m off to socialise and hopefully win the raffle (Note to self – go and buy a ticket).