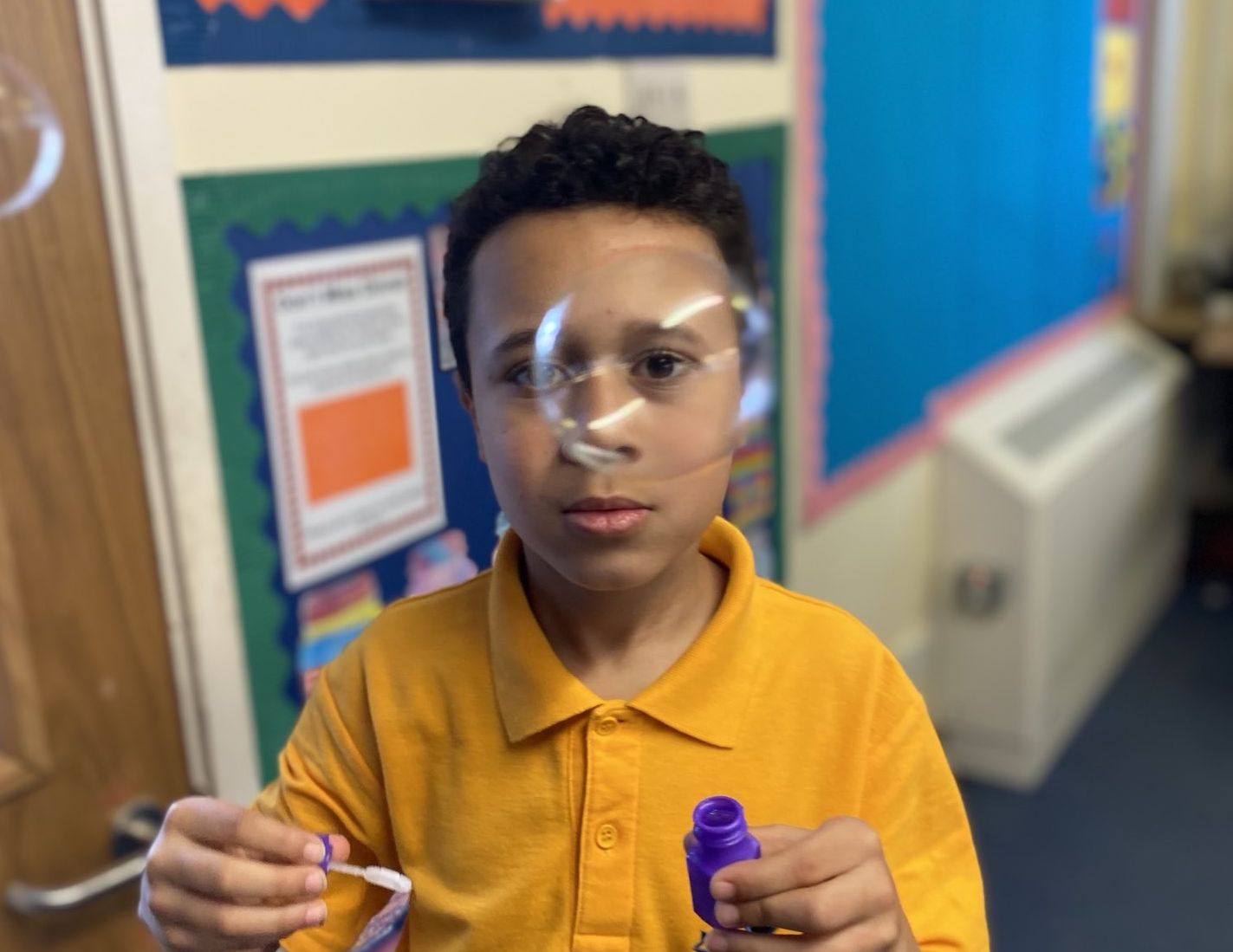 There is a belief in education that September feels like the longest month, although with plenty to keep me occupied since returning after the summer break, I can’t quite believe we have reached October already. The need to be tactical upon our return, to ensure the school remains as safe as possible for our community; the drive to ensure pupils are engaged with a broad and balanced curriculum whilst keeping one eye on ‘the usual stuff’ has meant time has flown by. It could also be down to the fact that I am getting older!

On Monday, the online booking system for this term’s consultation evenings went live. There are several differences this term but the booking process is basically the same. We will be hosting meetings on three evenings as opposed to the usual two and each meeting will take place via video link. I sent out all the guides with the initial letter but have also put them on the school website just in case the email gets deleted. At the time of writing 66% of you have booked your appointment. There is still plenty of time to do so and as always, should you be having difficulties, please do get in touch and we will guide you through the process or book the appointment for you.

On Monday afternoon, I held another ‘Millsy Monday’ year group assembly. This week it was the Year 6s’ turn and it was wonderful to be able to share with them all the praise and positivity their teachers have spoken to me about. Both Mrs Bailey and Mrs Bryan have been really impressed with the way the cohort has settled and the way they have adapted to life in Year 6, even more so given the time they have had out of school. They have been an amazing cohort throughout their time at Whitehill and continue to shine at the start of their final year. As well as sharing this positive feedback with them, I asked them to help me make a decision which will impact the whole school. I have already spoken to specific pupils from the newly formed Junior Management Team but wanted the final ‘thumbs up’ from the year group.

The decision relates to school uniform and specifically the school PE kit. It has been decided to phase out the white polo shirt which is currently used for PE and replace it with a much more practical sports top (pictured below). I am absolutely not asking anyone to go out and replace the kit they have already purchased; the transition will take time. What you will find, however, is that should you need to replace the current PE top, Beats Uniform will now sell you this new blue sports shirt instead. There is very little difference in price; I think it costs £8.50. What Beats have agreed to do with this top is to add your child’s initials to the front, should you wish, so that we know whose is whose. There is an additional cost and again is not a requirement. It is just a possible way of stopping tops ending up in the wrong PE bag.

Earlier in the week I met with a member of the Herts Catering management team to review our school lunch practice given the current circumstances and also having adopted the new SchoolGrid meal selection system. They were delighted with the fact, as a school, we are serving hot meals to our pupils and also with the way we are managing the service. Mrs Stokes and her team are doing a great job and their flexibility has meant that lunchtimes have been relatively smooth affairs. Mrs Stokes has asked me to pass on her thanks and appreciation for the complimentary messages she has received via SchoolGrid. She is unable to reply directly to you but wants you to know they have been read and shared with her team. This positive affirmation has a significant impact on everyone, so thank you.

The Year 3s were introduced to my favourite wet weather fashion accessory on Wednesday and then again on Friday morning. I have no doubt they were laughing with me!?

I got very excited on Wednesday during lunch (I am easily pleased) when we took delivery of my new toy; a set of walkie talkies! With the way we operate at lunchtime now, there is a need to liaise with the staff outside quite regularly, and walkie talkies have definitely helped. I am still trying to get the other staff to join in with the recreation of scenes from ‘Criminal Minds’ and various other FBI dramas but we might get there! ‘Wheels up in 20!’

Mrs Beresford and I have visited all the classes this week to see what the pupils have been learning. We have been particularly interested to visit the classes when they have been doing lessons other than maths and English. Again, this is a priority of ours in terms of maintaining the broad and balanced curriculum. We’ve seen computing, history, RE, music, science and geography. We have also seen pupils engaged with our new RSHE scheme which is proving to be particularly successful.

Once again I have been really impressed with the blended learning the teachers are offering pupils who have been asked to self-isolate. It was funny to see sisters, Alicia and Silvia in Year 5 and Year 3, both working from home and getting involved in their classes’ lessons, including, in Alicia’s case, exploring forces through the use of bubbles. I think at one stage, Alicia was also joining in her sister’s lesson too! I am aware I mention this blended approach quite often but I really do believe it is something we should celebrate and be very proud of. It is a team effort and credit must be given to the teachers, the pupils and the parents for supporting us with this approach. It should mean that when pupils are forced to be away, they can return to school knowing they haven’t missed any key knowledge or instruction.

The title of last week’s blog was #teamwhitehill and I was keen to emphasise the part parents play in this successful team. Without going into specific details, there was another wonderful example of parents going above and beyond for our pupils this week. This isn’t the first time parents have wanted to provide opportunities for children other than their own, outside of school and I am extremely grateful for this selfless and generous support of our school community. Thank you, I know it was very well received.

Other things to have kept me busy this week have been several ‘zoom’ meetings in various formats. I managed to touch base with a colleague from Nottingham who has a similar ethos to ours. I also hosted a county NAHT meeting which gave me the opportunity to get feedback from colleagues around Hertfordshire and find out what the challenges they are facing are, so that I can report back to the national officers. What struck me, however, was the overwhelming sense of positivity amongst my fellow heads; they all feel the term has started very well despite the obvious challenges.

It was the turn of the Year 4s to be in the hall for our Achievers’ Assembly this week with the other six classes joining from their rooms. We also had Leo (Year 4) joining from home and I would like to apologise again to him that I forgot to mention his triathlon success from last weekend. I have spoken to him online after the assembly and we are definitely going to celebrate it in next week’s Achievers’ Assembly. We were entertained at the start and end by Mya who played the piano. We presented a special certificate to Lauren (Year 6) who broke a school athletics record last week. I believe the 600m record had stood for four years before Lauren ran it in 2:26. Well done, Lauren. Class of the week was presented to Kahlo Class and Air won the House Cup. We celebrated some TT Rockstar badge winners and this is something we will do monthly, to recognise those pupils who have improved their own scores and speeds. Well done to all our award winners today.

Looking forward to next week, governance appears to feature quite often in my diary with three meetings of various formats. My ‘Millsy Monday’ assembly sees our Year 3 cohort return and so it will be nice to catch up with them again now that they have found their feet. Music lessons continue across the school which is something that I love to hear and on that note, we may have another instrument to tell you about soon with the prospect of singing lessons being available for pupils. These will be delivered by Maddie McConnell Smith who pupils in Years 4, 5 and 6 have enjoyed hearing sing in school on a number of occasions. We are looking at the logistics of this at present and hope to bring you details in the coming days.

That’s it for this week. Should I apologise to my dad now?

I just wanted to share this observation which I think speaks volumes! I had the privilege to listen in to classes this week from our kitchen home school. When the teacher announced they had to leave the class for half an hour there was a loud collective groan of disappointment from the children.