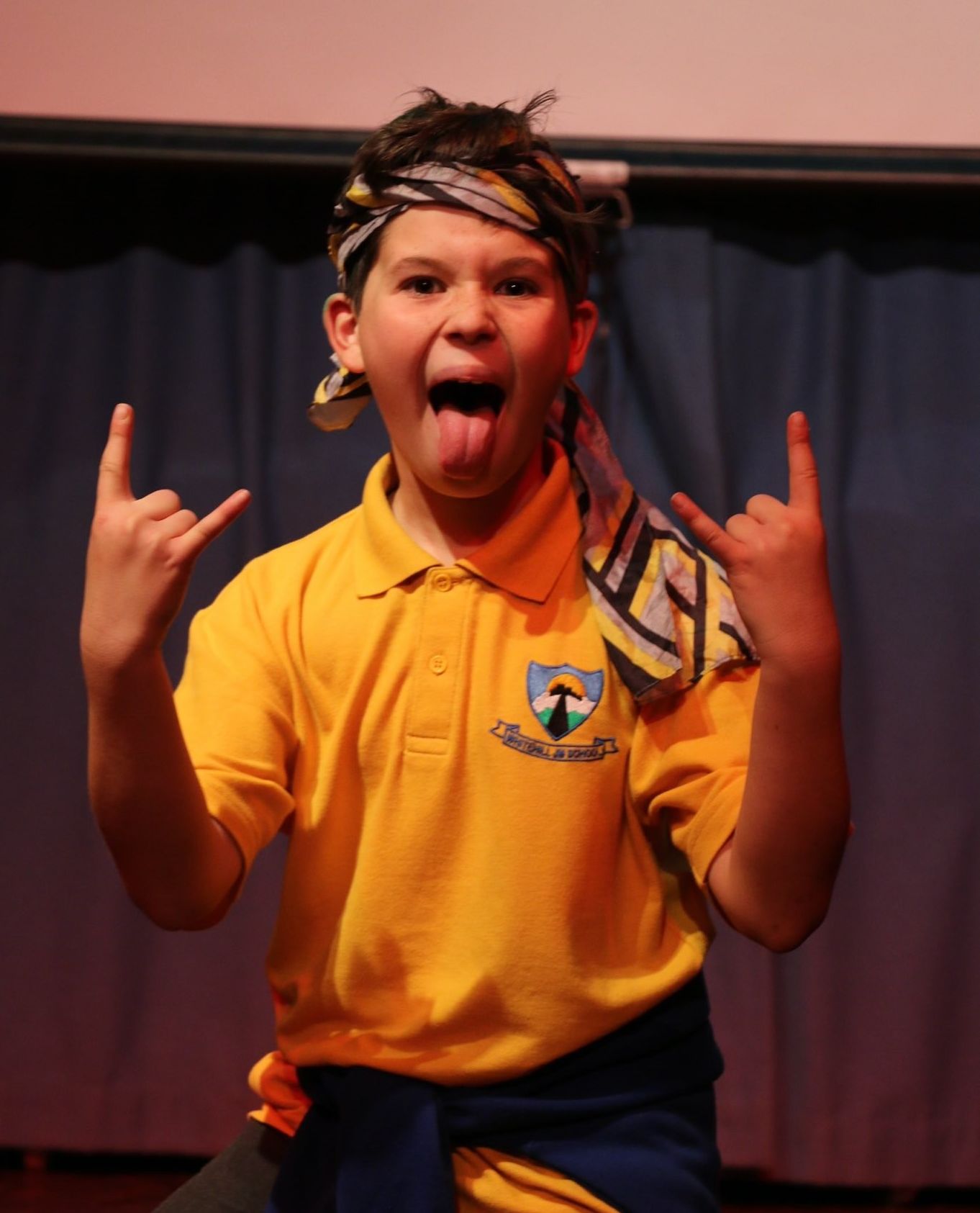 Even though it is Thursday, with our occasional day tomorrow, we have reached the end of the school week and so it must be time for a blog.

I would like to start this week by correcting a tweet shared on Monday by Mrs Locke. Clearly she was upset by my reference in last week’s blog to her ‘accidentally’ putting two Connect 4 counters in in one go last week meaning she didn’t lose and so decided to get her own back this week. In science, the pupils have been learning about teeth and so this week learned how to make toothpaste. They learned about abrasive materials and flavourings and so there was some good science being taught.

The tweet I refer to however stated, and I quote, ‘Even Mr Mills enjoyed one sample!’ Can I please place on record that this was definitely not the case. It was awful! But I am delighted that the pupils had such fun watching me taste it! How much salt did they use?! Seriously however, they were able to talk about the science and as we always say, happy children learn and they certainly were smiling (laughing) at me!

I will get my revenge at some point on Mrs Locke!

On Tuesday morning, I had coffee with the deputy and assistant heads of Hitchin Boys’ School to talk through all things relating to assessment. I referenced last week how important it is that professionals across all phases to work together for the benefit of the pupils. This was a very productive and hopefully helpful (for them) discussion.

After lunch, we had our first class assembly for several years. Wilde Class elected to go first and invited family in to see and listen to the pupils talk about their topic work on ‘revolution’. It was lovely to see so many family members come and enjoy the work. We are planning to have similar events for all classes over the course of the year as well as the two productions – Year 3 at Christmas and Year 6 in the summer.

I have mentioned before about the impressive range of sports and competitive fixtures we have. Miss Gooderham is great at ensuring as many pupils as possible get an opportunity to wear the school kit and represent Whitehill. The downside with this is the speed we sometimes need to turn kits around. To counter this problem, we took delivery of a brand new kit this week which we have funded using some of the Friends’ Association money from last year. I am sure you would agree that it looks great and one of our girls’ teams got to wear it for the first time at the ESFA Rally on Wednesday afternoon.

The girls played well and certainly looked the part, winning one and drawing two of their matches. Well done to all!

It was a long day on Wednesday as pupils returned for the first Friends’ Association discos at Whitehill since before the pandemic. Although the School Council did organise one in the summer term, it was lovely to get the Friends back in running it. It was well attended and from what I could see, the pupils clearly enjoyed themselves. Huge thanks to the committee and the band of helpers.

I have very much remained locked in my office this week for long periods of time but have made the effort to get out and about to see what the pupils have been doing. The year 3s are continuing to impress and I have enjoyed listening to them practise their show songs. In Year 6, pupils in Kahlo Class produced some lovely non-fiction texts based on their unit of work on The Raven.

It was a non-uniform day on Thursday to support the Friends’ Association preparations for their Christmas social. Again, thank you all for your support with this venture. I know the committee are appreciative of your generosity.

Without any nagging from Oscar (Year 3) I did remember to hold ‘Biscuits with the Boss’ on Thursday. Another lovely group of Year 3s who came and chatted about their first term at Whitehill whilst consuming several biscuits and some of Mrs Lanni’s amazing hot chocolate.

On Thursday afternoon, Miss Gooderham took a group of Year 4, 5 and 6 pupils to participate in a sports partnership event at Knights Templar School. I look forward to hearing how they got on in next week’s celebration assembly. Thank you also to Darcey’s mum who helped to transport and sent over some great photos for us.

We didn’t have a formal Achievers’ assembly this morning as we wanted to continue with the singing. We did, however, still present the Class of the Week (four days) trophy to Wilde Class and the House Cup went to Earth.

Don’t forget that on Saturday, the Beano’s Danny Pearson will be at Next Page Books in town from 1.00pm. As we are officially Britain’s funniest school with Wilde Class having won the title in June, it would be lovely to be able to support this event. We do keep getting namechecks in all their promotions and some familiar faces are appearing in the advertising material. 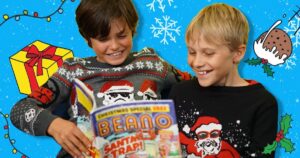 Looking at the calendar for next week, we have our pupil progress meetings happening across most days. These meetings give teachers the chance to reflect on the work the pupils have been doing and talk with members of the leadership team and core subject leads.

Fingers crossed we have one more football fixture with a girls’ team playing Wilshere Dacre on Monday.

The Year 3s have a Stone Age workshop on Tuesday morning with our friends from Hitchin Museum and at the same time, I am showing another group of prospective parents around as they make their decision as to which school to apply for their children.

My section of the diary looks a little less frenetic next week and so hopefully, I can wander around the school and join in with some of the work the pupils are doing. There is talk of me teaching technology again this year to Kahlo Class and so it might be that I start this project off at some point. Time will tell.

As it is December next week, I think it is acceptable to mention Christmas events. For the first time in several years, we are going to be holding a final ‘assembly’ at St Mary’s Church on the last day of term, Wednesday 21st December. It will be in a very different format than we used to run it and Miss McGurk is currently putting the plans together. It starts earlier than in previous years, at 9.30am, lasting no more than an hour and parents are invited to join us.

I Hope you have an enjoyable, extended weekend and I hope we actually get some dry weather.