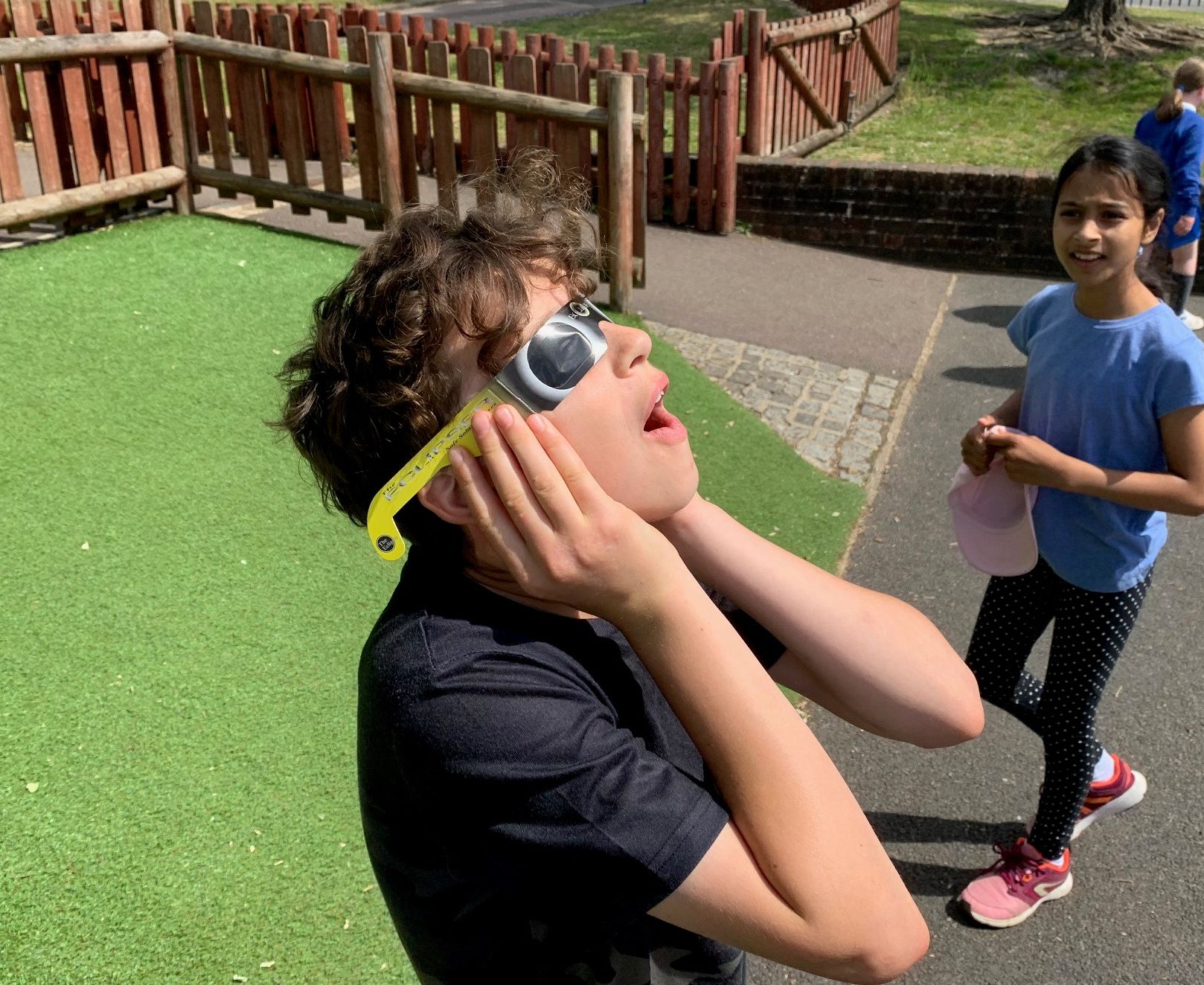 After all the excitement of the week leading up to half term with our residential visits and activities around the school, I can imagine many pupils used half term to relax and recharge. I know the staff did, even if there was the small matter of reports which need to be written. These reports will be coming home on Friday 25th June, together with details of which class your child will be in next year. That being said, and to tie in with Highbury’s communication with their Year 2 parents, I will share with you the teaching teams for each year group, next Friday. Until then, my lips are sealed!

The priority for Tuesday morning, as far as Lena (Year 6) was concerned was to get Mr Mills Jnr to repay his debt! You may recall him taking great delight in getting Daya to wear a Manchester City scarf after Liverpool failed to qualify for the Champions League final. Well Lena stuck up for Daya and made Mr Mills pay a similar price for Chelsea beating Manchester City in the final. I just hid!

We might have only had a four-day week but as expected, it has been very productive. On Tuesday, I met with the other members of my leadership team to put in place the overview for the next academic year. Term dates have been set for some time but this meeting is to try and add in the key diary dates for events such as consultation evenings or curriculum weeks; sports days or pupil progress meetings. Those which directly impact upon parents will be added to our school calendar in the coming weeks. We have also been trying to book in the Year 4 and Year 6 residential visits for 2022. Again, more about these in September.

After school on Tuesday, we had a staff meeting at which we explored a new scheme of work for computing. I will update the school website with the details of our new scheme in time for September but it looks really good and very well structured. Thank you to Mr Denney for leading this curriculum area for us and for then making the staff look silly as we tried out a few of the tasks related to programming and algorithms.

Over the course of the week, we have been meeting with staff from the local secondary schools to talk through transition arrangements for our Year 6 pupils. It was lovely to see two former pupils, Susie and Freddie, come back to Whitehill with the teachers from the Priory School to share their thoughts on Year 7. It’s amazing how tall (and how grown up) they get in a year. We are not quite done yet with the visits and still have Hitchin Girls’ School and one more Boys’ School visit to facilitate.

It was a late night on Wednesday as we had a governors’ meeting in school. A real meeting! This was with the curriculum committee and it gave me an opportunity to talk about the success of the recent Year 6 assessments and the outcome of four years’ work at Whitehill. I am exceptionally proud of all of our Year 6 cohort. The last two years have not been easy but they have shown resilience and determination and have definitely succeeded. One of the other areas of discussion with the governors was about my plans for the Year 6 positions of responsibility from September. I don’t want to give too much away at this stage as I am still to talk to the staff about it, but it will see a redefining of some of the roles and some interesting opportunities throughout the whole year. I believe it will have far more focus and will be a great experience for all concerned. I look forward to seeing which of our current Year 5s put themselves forward. This process actually starts this side of the summer holidays and Mrs Burniston and I will be chatting with the pupils shortly.

There was much anticipation on Thursday morning as we had the potential to view (safely) the partial eclipse. I managed to find my solar glasses although we weren’t able to locate the class set we bought about six years ago and which weren’t used then because of the clouds. We were luckier with the weather this time and patience paid off. Mr Denney made pinhole cameras with his class and other pupils took turns with my glasses to view the spectacle. It was lovely to hear the gasps as they looked up and located the sun. ‘Wow!’ ‘That’s amazing!’ ‘Cool!’

I do enjoy all things space related and I have been told that we can borrow the telescope again next year, around November time, so that the Year 5s (current Year 4s) can look far out into space as they cover this topic as part of their curriculum. I am sure the Year 5 team will once again run the space evening and perhaps even reintroduce the sleepover again. Fingers crossed!

Our extra-curricular opportunities continue to be very well attended. I have seen dance with Year 5s being filmed on Thursday. We had lacrosse at lunchtime and then cricket after school. Thank you to the additional volunteers who come along to support the teaching team.

On Friday morning we had a special Achievers’ Assembly. It was that time again where we present our Wall of Fame awards in English, Maths and Science. The recipients of these awards, will each receive a certificate and have their photograph displayed on our special display. Well done to all the pupils who were selected by their class teachers.

The music this week was provided by Eddie (Year 5) who played the piano. Not only did he play it superbly, he also stepped in with five minutes’ notice for me. We celebrated some more TT Rockstar successes including Raja who joined Year 5 very recently and has jumped straight onto the leader board. This week’s recipient of the Womble was Orville Class with Mayan Class being awarded Class of the Week. We celebrated lots of House Point certificates which led to both Fire and Earth being awarded the House Cup.

The diary next week looks very full indeed. Following on from last year’s cancellation, the Year 6s who want to, will be taking part in their Bikeability training. Details have been sent out to those involved. Don’t forget the sun cream as the warm weather look set to continue, certainly at the start of the week.

Each afternoon, we have our summer term pupil progress meetings and a final chance of the year to review the progress of every child, think about their successes and also begin the process of transition between class teachers. These are just some of the meetings in my diary next week which looks particularly full.

On Friday, staff know it is the deadline for nominations for this year’s Core Purpose Champion. This award is presented on the last day of the year to the pupil who has best demonstrated our school’s core purpose of ‘Profound Individual Growth’ across the whole school year. All nominees will receive a medal and a certificate, with the main award winner having their name engraved on the school trophy and receiving a replica themselves to keep at home. This is a really special award and I know the staff enjoy seeing who the recipients are, as I keep the list a closely guarded secret until the final day.