The Best School Trip Ever!

The Best School Trip Ever! 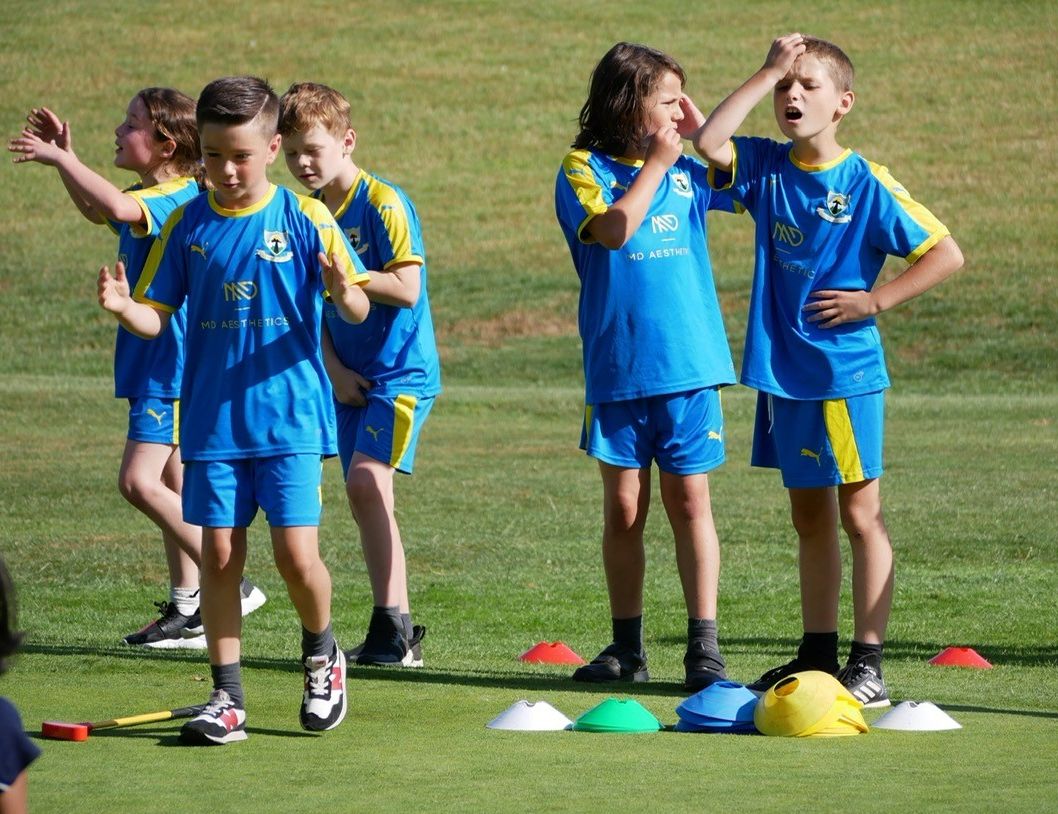 I was excited over the weekend for Monday to come around. I am not wishing my life away or have so little to do over the weekend (two shows on Saturday!) but I was expecting a call from the Beano with a little information in relation to the Voyager Class competition. I mentioned last week how things were looking promising in the closing seconds of voting last Wednesday, and I had been given the nod that Voyager Class had done very well indeed.

My call did not disappoint and although final details etc. are still embargoed, I am really excited for Benny and his friends in the coming weeks. I will definitely be able to share more in next week’s blog but also, keep an eye on twitter for some photographs of some once in a lifetime (probably) experiences!

My main focus this week has been on finishing reports, writing letters and preparing for class information for next year whilst at the same time finishing off all things ‘transition’. Transition from Year 6 to secondary school as well as Highbury (and other schools) to Year 3. Mrs Lanni and I need to share an office really the number of times I have needed her – she may only reside in the office next door but I can guarantee she’s clocked up a few extra steps.

I think we are there and I am hoping that all the right information gets in the right envelopes and to the right people. Of course, it will!

In the reports this evening, which incidentally, I really did enjoy reading – our teachers really know their pupils – are details of which class your child will be in next year. Depending on which class you are in, you may notice some different names in different year groups. Professionally, it is good to change things around from time to time.

To give you the wider picture, for 2022/2023 the class structure looks like this:

Both Mr Denney and Mr Wells have been up to Highbury this week to meet with the Year 2 teachers and to hear all about their new pupils.

The main theme this week across the school has been humanities: history, geography and RE. We have two curriculum themed weeks a year. We have already had a science and computing focus and this time around it was humanities. Organised by the three subject leads, there has been so much happening and I have loved listening to the pupils wax lyrically about things they have been doing.

There was a big inter-house debate on Tuesday where pupils were asked the question, ‘Which is better, history or geography?’ They worked so hard in their houses and came up with some great arguments for the focus they were given. I managed to get out and listen to some of the final debate and was particularly impressed with Tilly B (Year 4) and Igi (Year 3) when I heard them speak. The results will be shared with the pupils next week.

On Wednesday, our Year 4 pupils visited Bhaktivedanta Manor, a Hare Krishna temple near Watford for what one teacher referred to as ‘the best school trip they had ever been on!’ In fact, this seemed to be the consensus of many of the pupils too, who loved immersing themselves in the activities. Nandi even got to meet Nandi the cow and enjoy a ‘cow ride’. They were totally spoiled by everyone and we are all so grateful for the time they gave to our pupils. This visit is already in the diary for next year!

The Year 5s were visiting a different place of worship on Thursday, when they walked down to St Mary’s and had a lovely time looking around and talking with Rev Chris Bunce. Eoin earned a Headteacher’s Award after Miss Swinburne told me how insightful he had been and how his questions were so developed.

The final RE-themed visit of the week was for our Year 3s who went via their transport of choice, the train, to Cambridge to the Buddhist Centre. All three of these visits brought aspects of the subject to life and I have no doubt the pupils would have got far more out of them than learning from a book or a video. I am grateful to Mrs Davies who coordinated this aspect of the week.

Other learning experiences I managed to see in my brief sorties from my room included designing eco-settlements, planning temples and making Greek vases. It has been a very productive week across the school and I have no doubt the staff are ready for the rest over the weekend!

Miss Gooderham has been keeping herself and pupils busy again this week with a couple of sporting events. On Monday, she took a group of Lower School pupils to Letchworth Golf Club for a tournament. It was a lovely, very well organised event and I was proud to present the pupils with their medals in Achievers’ Assembly.

I only managed to see a couple of overs of Tuesday’s cricket match against Samuel Lucas due to a staff meeting. We bowled well in the small amount I saw, and our fielding was, on the whole, tight. All I was told later however, was that Samuel Lucas’s bowling was even better!

I have had two very late nights this week with governors at Hitchin Girls’ School and then the day after at Whitehill. My third late night had to be postponed (for me) at the eleventh hour. I can’t say I was that upset – I was very tired – but I do enjoy NAHT meetings and my discussions with other Herts Heads and I did miss out on the National President buying a round!

The music in Achievers’ this week was provided by Eleanor and George (Year 6) who played the piano for us. As well as the sporting events already mentioned, we also shared sporting success in terms of two athletics records which were broken by Agnes and Stanley (Year 6). The 75m sprint record which Stanley broke has stood since 2016.

The three regular awards were distributed as follows: Class of the Week went to Apollo; the House Cup went to Water and the Wombles found their way to Kahlo Class.

Looking ahead to next week, we have our final Phase workshop of the year for our Year 6 pupils. The focus of this session is transition as Phase works closely with all three of our Hitchin secondaries and pupils could well meet the team again in the future.

I look to have a three-hour safeguarding update – I don’t remember booking that – on Monday afternoon. On Tuesday (or possibly Wednesday as it’s still TBC) I hope to accompany Voyager Class to a location in Hitchin for something to do with the Beano! Oh, the subterfuge!

We have something a little different also on Tuesday with a girls’ skateboard workshop for some of our Year 5s and then another sports fixture on Wednesday with a cricket match against Weston.

I will write separately about this, but on Wednesday afternoon, from 2.30pm, we are opening the school to parents and carers for a chance to have another look around and see the new displays in and around the classrooms and perhaps see their new teachers.

Staff have until Thursday to nominate their Core Purpose Champion for this year. This is perhaps the most prestigious award I present each year and the winners will be announced in a final assembly on the last day of term. I have already received some very worthy submissions with some amazing testimonies.

As well as one more governors’ meeting on Thursday, that is about it for the week. (He says in a rather optimistic voice – with no mention of Ofsted!)

Anyway, that’s it for another week. With Saturday’s train strikes still going ahead, it will be a ‘no show’ week for me!