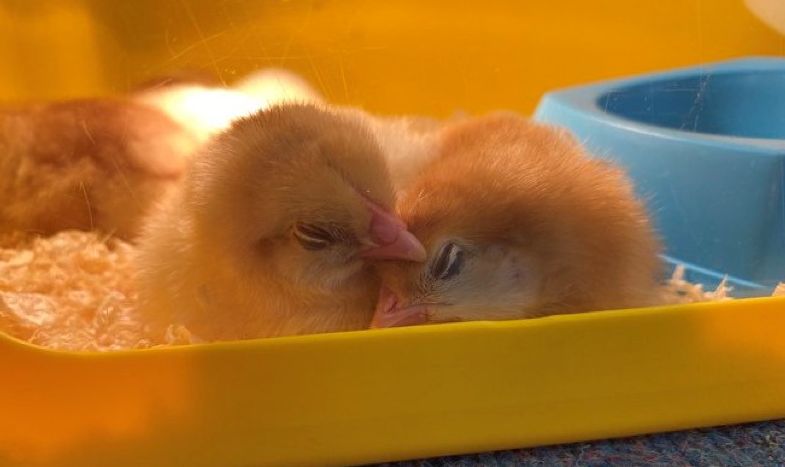 A year ago today saw the school close for the majority of pupils for the first time due to the pandemic. What a year it has been! We have moved forward so much with our ability to deliver the curriculum through remote provision and this has meant as we now return to face to face learning, progress has been good and the pupils have settled back into routine well. As I said last week, let’s hope we are now back for good. I am in the ‘old’ category and had my first vaccine on Wednesday. Fortunately, there have been no side effects and, like many others who have had the vaccine, I now feel superhuman and indestructible! It will never last!

At the beginning of the week I was expecting to receive an update on school visits and residentials from the DfE. This was not forthcoming and after chasing, I was told that we should hear something next week. We are obviously keeping our fingers crossed and I will let you know as soon as I can. This will impact upon the residentials in Year 4, Year 5 and Year 6.

With all pupils back in school, we were hoping the weather gods would be kind this week, especially at lunchtimes when we need to use the field. It was the complete opposite! It would be fine all morning and come midday, the rain would start, often stopping again around 1.15pm. We really do need the field to allow the pupils the space to run around safely and I am hoping for a run of dry weather. Fortunately, our field does drain well and so it shouldn’t be long.

I received some really exciting news at the beginning of the week about one of our Year 5 pupils, Robyn. She has recently auditioned to perform with the Garsington Youth Opera and last weekend, received the news that she has been successful and has been offered a place for their next production in April. We wish Robyn all the very best and look forward to hearing all about it.

Animals have featured quite a lot this week. At the beginning of the week, we took delivery of 14 eggs and all the necessary equipment from the Happy Chick Company. It wasn’t long before the first chick had hatched and now all 14 our out and enjoying the attention from the Year 5s. The Year 5 team have the chicks as part of their science work on life cycles and it gives the pupils a real insight into this early stage.

Our pond has also come to life over recent weeks and frogs have descended from everywhere. Keen to develop this space further, two Year pupils, Thomas and Edward A, have been talking with me regularly over recent weeks and have also submitted a budget request for the upcoming financial year. I have approved their spending plan which includes purchasing some fish to keep the frogs company and also an underwater camera so that pupils can see what is going on beneath the surface. I have been really impressed with their hard work and commitment and will enjoy reporting their progress over the coming months.

As the teachers have come back to face to face teaching, my week has seen me glued to a ‘Zoom’ screen for a number of hours. Meetings have included a Local Authority update, County and Regional NAHT meetings and a discussion with the new Eastern Region Director of Ofsted, Lorna Fitzjohn. On Thursday evening I also had this term’s governors’ meeting. All were quite informative and all indicated a return to normality; a date was even set at one discussion for a face to face meeting. That will be strange.

On Thursday, we held the first of three consultation evenings for parents and carers. Once again we made use of video technology to run the appointments which all the teachers think is certainly the way forward. I will discuss the future of our consultation meetings in due course but would like to keep this technology if we can. I imagine we will add in opportunities to visit the school at other times, to look at the books and see the classroom and displays but keep the actually meeting with the teacher online. I would be interested to hear your thoughts as to whether you prefer this format. At least it means we never run late, which of course, parents of pupils in Mrs Bailey’s class are delighted about!

It was lovely to see our extra-curricular sports clubs starting up again this week. One which is of particular interest to me is lacrosse club. Mr Miley reported that there is some real talent in Year 3 and so we will work closely with this group over the coming years to see where the team might end up.

On Wednesday morning, the Year 6 classes had a virtual visit from author, Gareth P Jones. It was a great morning and the pupils enjoyed joining in with some of the songs he was singing. Huge thanks to Hitchin library for organising this visit for us. If you want more information about the library or their initiatives, check out the links below:

Sport featured in this week’s Achievers’ Assembly as I read out the results of Mr Miley’s February Fitness Challenge. 85 pupils took part in the challenge and there were house points for pupils who had submitted regular results. Individual class winners received extra merits and then the top three pupils in Lower School and the top three in Upper School received Whitehill medals. Well done to Tilly B, Joe and Addi as well as Freddie, Karolina and Leo. Miss McGurk and Mrs Davies also received medals as they won the staff challenge. Mrs Small is already plotting her revenge! You may recall that exercise minutes were turned into miles as part of the challenge and the school clocked up an impressive 81036 miles. That is over twice the circumference of the earth.

The music in this week’s assembly was provided by Joshua in Year 4. Although Joshua joined Whitehill at the start of the term, for obvious reasons this was only his 11th day actually in the building. He played several pieces for us on the piano and is a real talent. We are really lucky at Whitehill to have so many talented musicians with Eddie last week and now Joshua. I now need to find someone to play in next week’s assembly. The slots for the Summer Term have all been snapped up – thank you to Lena (Year 6) for organising – and I noticed Monty (Year 6) has signed up for his last ever day at Whitehill to play the drums and literally go out with a bang!

Our Class of the Week was Aztec Class and Earth won the House Cup. The Womble this week went to Kahlo Class who are now well out in the lead with this award. Keep up the great work.

Looking at the diary for next week, I have the first of several budget setting meetings on Monday morning; that should be fun. I am meeting with some Year 12s from Hitchin Girls’ School (virtually) after school as part of a student panel. I have already carried out a similar student voice session with Year 7s and Year 9s. Ex-Whitehill students are always surprised when I appear in these meetings. Our Friends’ Association sent out details earlier about a Bags to School collection taking place on Tuesday.

We have two more consultation evenings on Tuesday and Wednesday evenings and then we finish for Easter at 1.30pm on Friday 26th March.

That’s it for another week. Have a great weekend.