A blog with a Difference

A blog with a Difference 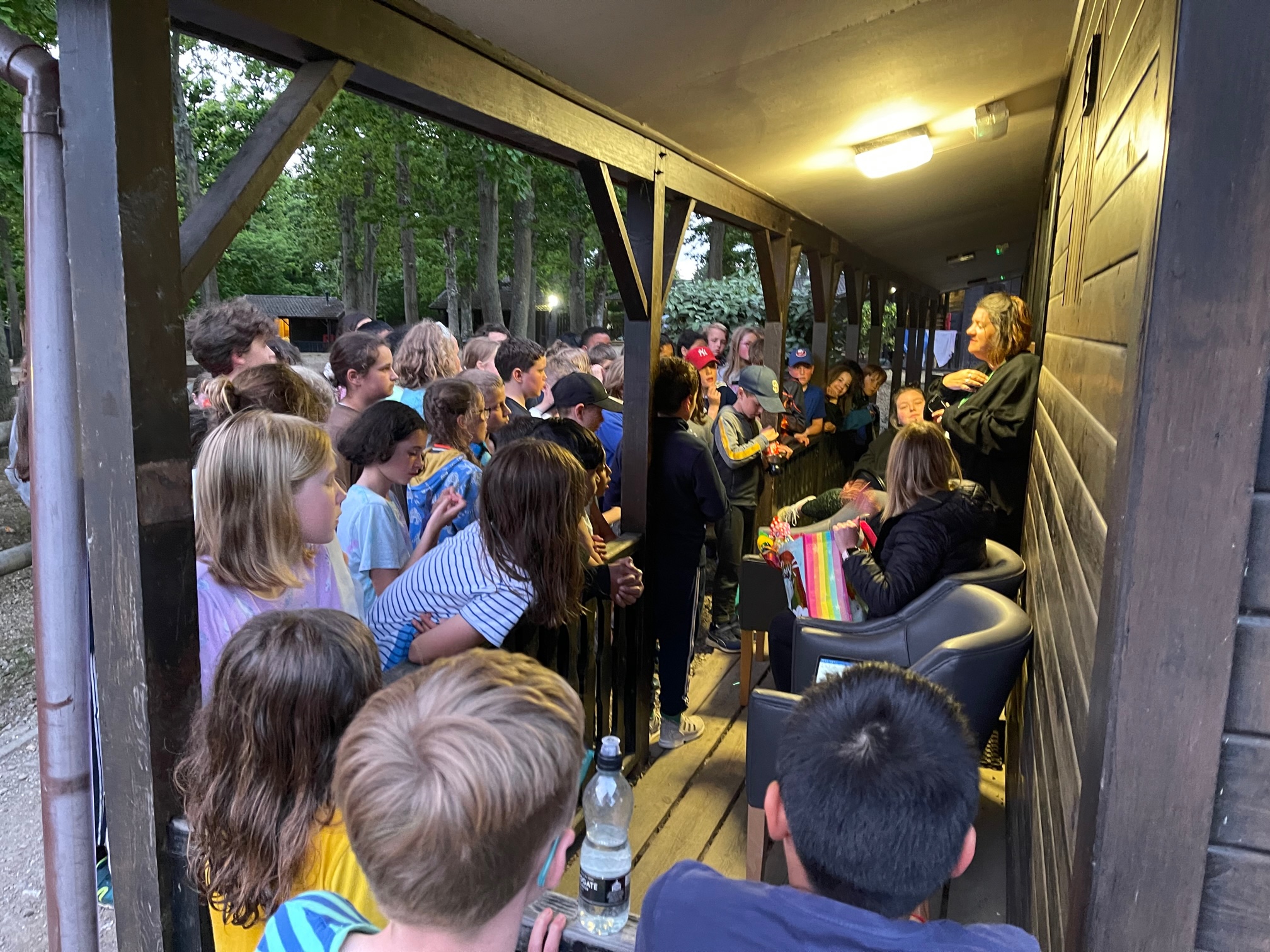 So, as suggested last Friday, and with me being in the Isle of Wight all week, my blog will predominantly (but not completely) reflect upon an amazing week away with the Year 6s. I have been keeping abreast of what has been going on ‘back at the ranch’, and I am sure many of you will have been seeing the work being produced via our main twitter feed. Those of you with children in Year 6 or Year 4 (or possibly both) will have felt you were actually on the residentials with the number of photographs we have been able to share.

The technology I saw in Year 5 looked awesome and there was clearly some great science work happening in Year 4 in the two days prior to their departure. I think the one thing I can say for certain is the fact that everyone, and I mean everyone, is ready for and deserves this break.

Monday morning was a slight shock getting up early, but with the knowledge I wanted to leave a little gift for Mr Khera, it was worth it. And of course, it was taken in the spirit it was meant, with the knowledge that by the time I next see him, his team might be champions of Europe. (Come on Madrid!)

Our first stop en route to Little Canada was the historic Portsmouth dockyard. Not only did this give is the chance to explore HMS Victory and the Mary Rose exhibition, but it also meant we could dispose of our collection of well-used sick bags! It was quite a stop-start M25 experience and so it was understandable but by the time we hit the less busy part of the journey, the damage was done, so to speak.

The docks were great. What did we learn? Anyone over 5½ foot could not live comfortably as a sailor in the 18th Century. The number of times we were warned about the low beams corresponds directly to the number of times Mr Mills Junior and I cracked our heads on afore-mentioned beams.

I am of the age where I remember the Mary Rose breaking the surface of the Solent after all those years buried at the bottom of the sea. I watched it live on Blue Peter and so to see it in all its splendour was quite something. The way the museum has been erected around the wreck is very impressive.

After this much needed break in the journey, the Wightlink crossing was uneventful although the views and fresh air were welcome. Our base for the week was literally the other side of the estuary and so ten minutes after disembarking we had arrived and settling into our home for the week.

Tuesday morning gave the four groups their first chance at some of the onsite activities, including tunnel challenges, vertical challenges and sensory trails. From my perspective, it was great to see some pupils overcome fears and nerves to take part in some of the sessions and they can feel rightly proud. I have no doubt that the other teachers would be able to say similar things about the pupils in their groups.

Alum Bay was the first outing and we couldn’t have asked for nicer weather. It was even suitable enough for Mrs Bailey to show her brave side and take the chair lift down to the beach. Upon completing the return leg, Keya decided Mrs Bailey had been brave enough to be presented with an official Alum Bay medal. I was delighted to see that she was still wearing it at dinner.

We had quite a bit of spare time in the evenings and to see the pupils make their own entertainment; making sure that everyone was included was lovely. There was always going to be some home-sickness but friends stick together and worked quickly to engage them in mindless fun so that frowns were replaced with smiles.

The weather on Wednesday was not quite as nice as the previous two days and so kayaking had to be cancelled for fear of pupils ending up in Portsmouth. As an open water sport, safety had to come first and although the pupils were slightly disappointed, the chance to have a go on the trapeze made up for it.

In fact, for many pupils, the day was spent climbing up or abseiling down and a lot of conquering some fears.

The weather improved considerably by dinner time and so with some free time in the evening, we headed out to a nearby beach and enjoyed some time playing in the sand or trying to dunk Aidan in the sea. I was pleased to receive permission via twitter from his mum, that if needed, I could carry out the threat.

I spent a bit of time on Thursday morning whilst the pupils were taking part in their morning activities preparing for the meeting I had with the Secretary of State for Education via Teams. Time was limited and so we needed to be focused and purposeful. It was during this preparation time that I realised how limited the time was. So limited, it didn’t exist! It was postponed ten minutes before it was due to start. Hey, ho! I have a new date and fingers crossed it will happen then. An urgent call to the chamber was the excuse.

After two great activities we spent Thursday afternoon at Sandown Animal Sanctuary. It is a lovely small setting where rescued animals are cared for. Some of the stories behind why the animals are there are quite sad, including two lions rescued from a Spanish circus.

After that? More beach time and some much-deserved ice-creams.

Coming away from the residential commentary for a short time, on Thursday evening, I received an email from the Beano Comic. Benny (Year 5) and his classmates from Voyager entered a competition to find Britain’s Funniest Class of 2022. I am delighted to say that they have been shortlisted for the final and their joke will now go to a public vote. Details of how to vote will be shared shortly and I would ask, when they are, that you share them with everyone you know and ask them to vote. Let’s see if we can make Benny and Voyager Class the ultimate winners.

I declined to join the other staff members on final room inspection. My years of residential experience tells me that rooms on the last night are not always the most fragrant places and so I decided to sit and supervise the free time! A perk of being the boss, I suppose.

It was sad to wave goodbye as the week with this cohort has been incredible. It was also sad to wave goodbye to a place I first visited in the 1990s when one of my pupils was a certain Stacey Dooley. I wonder if, in a few more years, I will be talking about one of our current pupils in a similar way? I wouldn’t be surprised.

I have been keeping up with the events in Overstrand as well as the events back in school via conversation, text and also the other two twitter feeds. Judging by the comments I have received, parents are appreciative of the effort the staff go to try and get as many photos as possible shared with you, whilst we remember they are also trying to run events, organise and teach. I have also added my fair share of pics to try and capture the atmosphere and enjoyment across the week.

As we come to the end of the half term, and on the back of this week in particular, I think it is only right to thank all my staff (#teamwhitehill) for their incredible hard work in ensuring all the pupils have such amazing experiences. I think many will need to catch up on some sleep next week, for sure.

So, a slightly different blog this week but it keeps up the tradition. I hope those of you without children in Year 6 have enjoyed it just the same? (Perhaps ‘enjoy’ is too strong a word)

I hope you all have a great half term break. Can I remind you that we don’t return to school until Wednesday 8th June due to an extra occasional day and the planned INSET day.

Enjoy the time to recharge and I suspect you won’t see some of the Year 4s and Year 6s until Saturday evening!