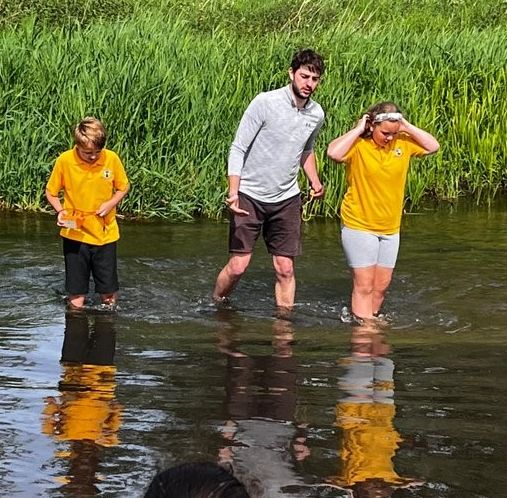 Oh my goodness… having agreed to accompany the Year 6s on their residential next week, this week has simply not been long enough. What’s the phrase? So much to do, so little time? Well it is what it is and we’ve made it work, as always. More about that residential later.

Monday started brilliantly. Joshua (Year 5) entertained the pupils on the piano as we considered the remainder of the school year and looked at what we could still achieve over the remainder of the summer term. With still around a fifth of the school year to go, there is still so much we can achieve and so many opportunities in which to shine. I have no doubt the pupils will impress, as they always do, and I will be able to enjoy their successes and talk through their work with them.

I am ashamed to say that I didn’t get to see any of Monday’s inter-house netball competition. I couldn’t find the time to get outside to cheer on the pupils but did try and follow the events via the photographs which were being shared. A huge thanks to Miss Gooderham and Miss Edwards for running another really successful house event which allowed so many pupils to show off their skills. Well done to Upper School winners, Fire and to Water who triumphed in the Lower School event.

The other thing I missed on Monday, which I was determined to help with as much as possible, was joining the Year 3s as they started their Ocarina work. Although I didn’t get to play on Monday, I did join in on Tuesday. This project was first taught in lockdown last year when Mr Lord and Mr Wells sent home a piece of clay and invited pupils and (no doubt) parents to follow the videos to make this musical instrument. Despite being able to teach in person this year, the videos were used again and, once we had got over Mr Lord’s ‘lockdown hair’, were used to guide the pupils (and enthusiastic Headteachers) through the various stages of construction.

We are unanimous in our opinion that the pupils this year have done brilliantly and despite some not quite making the notes they wanted, look incredible and will be stunning when painted. I am sure you will get a chance to see them if you visit in this term’s open afternoon.

The role of a Headteacher is certainly varied and one of my meetings on Tuesday was to put finishing touches to the plans for our pupil toilet refurbishment happening over the summer. Decision one – How high should the washable boards be around the urinals? My response? ‘How high can a boy wee up a wall?’ Not sure the contractor was expecting that question! Then we had to look at colours for panels, walls and doors. I am going to make use of my office team to tell me what I think here. It will all be finished by the time the pupils return in September.

Straight after lunch, all of our upper school pupils headed up to Hitchin Girls’ School to take part in an afternoon of fun sporting events as their students looked to complete their Sports Leaders awards. It looked like a great, fun afternoon with some novelty events. As is always the case when we take our pupils anywhere, the feedback about their attitude and behaviour was amazing. It was also lovely to see some of former pupils leading the events. Not to be outshined, our Lower School pupils took part in a similar event on Thursday afternoon and were just as impressive.

Former students were in action again on Wednesday when two Lower School tennis teams took part in a competition at Letchworth Tennis Club. Rupert, a former sports captain, took time to support and encourage our teams. Both teams did very well indeed, with one losing out on top spot on a count-back of points scored. Not, as Miss Gooderham initially tweeted, ‘goal difference’!

Our Year 6s were out all day conducting a river study. Mr Lord was excused from Year 3 duty so that he could accompany the Year 6s in his role as geography lead. They travelled by train to Henlow Lakes where they were also joined by Mrs Small. As well as looking at the features of a river they also explored (and generated) hydro-electric power as well as thinking about the effects on the environment. Samples of water were brought back to school so that they could be tested at a later date.

I mentioned last week about my meeting with the school’s MP, Bim Afolami. On the back of this, I received an email informing me that he has set up a meeting with the Secretary of State for Education, Nadhim Zahawi. I spoke with the SoS in person last October and this will be an opportunity to follow up my comments and questions from before Christmas. Although this meeting will be via Zoom and, more interestingly, will be whilst I am in the Isle of Wight (possibly on the beach), it is still a very useful opportunity.

For the majority of Wednesday, I was involved in interviews in preparation for a temporary post starting in September. I am currently working on staffing structure and classes for next year and all will be revealed in due course. Pupils will find out classes and teachers when the reports are sent home near the end of June. What I will say about the day at this stage is that we saw three amazing candidates and the decision was so hard, we didn’t finalise the appointment until lunchtime on Thursday.

In a very short break, I did walk through the hall just in time to hear Florence perform her own composition on the flute. It was so good, I had to present her with a much-deserved Headteacher’s award.

We had planned for Mrs Cook to work off site on Thursday so that Mrs Lanni and Mrs Granger could prepare her after-school retirement tea-party. Best laid plans and all that, and as I arrived at work, there she was in the office. There was nothing else to do other than send her home! Both Mrs Lanni and Mrs Granger deserve a medal for what they managed to achieve. Not only did they set up the party and prepare displays, they had the termly school census to submit and four budget variations to put together for me and contracts to write. They’d be bored if I didn’t keep them busy!

We allowed Mrs Cook to return for 4.00pm (she was early) where we were joined by current and former colleagues. Miss McGurk had arranged for the school choir to perform and then we chilled and enjoyed some lovely food – especially the cakes. Despite my speech referencing the fact that I refer to Mrs Cook as a Rottweiler, I think it was well-received. Mrs Cook actually retires next Friday but thought she could avoid a ‘gathering’ by volunteering to go on the Year 4 residential. Not a chance! We simply brought the party forward.

Friday morning was spent in a mid-year performance appraisal review with my Chair and Vice Chair of Governors. It was a productive meeting and a chance to celebrate some of the school’s achievements to date.

Despite this meeting, I was still able to lead our weekly celebratory Achievers’ Assembly. Music was provided by Agnes who played the saxophone and Keya who played the flute. The Class of the Week trophy was presented to Lamarr and the Wombles headed to Kahlo. House points weren’t counted last week and so the House Cup went to Fire for cumulating the most over the last two weeks.

There were lots of other awards and certificates to share as well as this half term’s sports values awards. Well done to the latest group to receive their awards.

So as I mentioned at the beginning of the blog, next week I will be going to the Isle of Wight with the Year 6s. This does mean that I (probably) won’t be able to produce a traditional blog next Friday. Not wanting to disappoint my dad by having a week off, I will probably focus on the week away and reflect on my week away with this wonderful Year 6 cohort. I’ll keep you updated.

Year 4 leave for Overstrand on their residential on Wednesday and arrive back on Friday, a couple of hours before we do. We have two cricket festivals to take part in and with so many pupils out of school, Miss Gooderham has teams selected from the Year 5s.

Year 5s have a day of technology on Wednesday as they take part in the annual K’Nex challenge and it looks like another cricket match against Wymondley after school.

There is no doubt about it. By the time we get to Friday evening, we will all be ready for the half term break. As a reminder, we don’t return to school until Wednesday 8th June, when our Year 3s will be heading out to Shepreth.

That’s it for another week. I am off to have a fight with Mr Mills Junior to see who is going to get to pack the one raincoat we own between us. I have a sneaky suspicion I might lose. I hope it is sunny in the Isle of Wight.