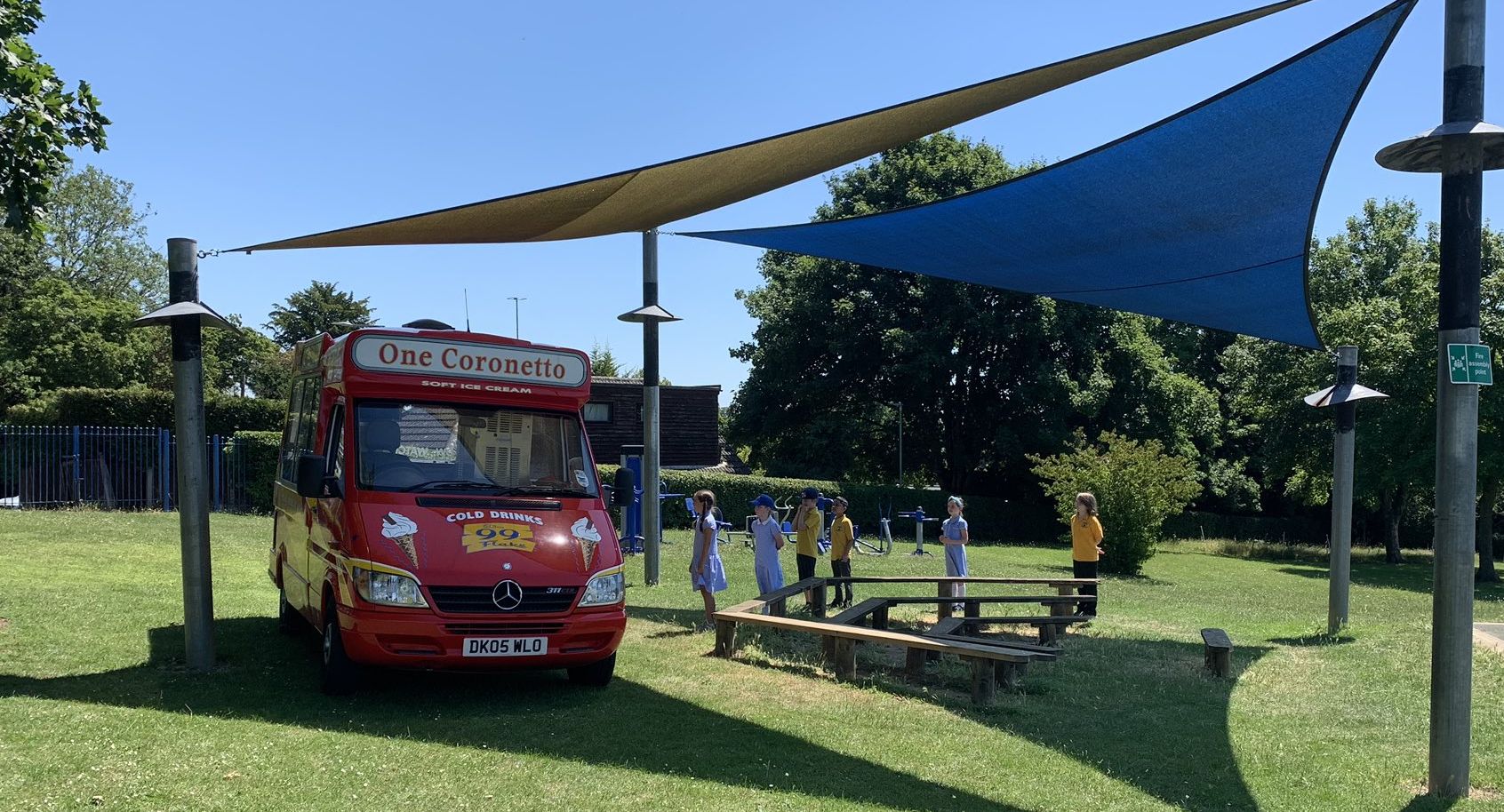 Whilst last week might have been the busiest I have had, this week has been a very productive week and one which has produced some wonderful moments and an increase in what we have been able to offer our pupils.

We began this week by welcoming back half of Lamarr Class and half of Aztec Class as they began their two-day visits with their class teacher. All who have been invited back so far have attended and the excitement was obvious, even if there was also a little bit of anxiety about returning to school for the first time in 11 weeks. This was to be expected but the teachers were on the playground early, just as excited as the pupils to reassure them and start the day off in a positive way. The second half of these classes visited for their two days over the second half of the week. I looked through the doors of both classrooms and chatted to the pupils at break and lunch and they were clearly all very happy. I even managed a quick game of badminton with Krishan (Year 3) on Tuesday lunchtime, although playing outside in windy conditions was not easy.

As well as spending time with their current class teacher – for the last time this academic year – the pupils also got a chance to have a couple of hours with the teacher who they will be moving to in September. The teachers have already been meeting to discuss the pupils and have transition meetings and so they were all set up to welcome, and see for themselves, the pupils they will teach in September. I am so glad we have been able to facilitate these meetings as they are such an important part of our transition work. Again, I thank my staff for their hard work and support.

The other classes have now all received their invites to have their two-day visits. I am not sure why but some people have been having trouble accessing the reply form which was sent out via a link. Sorry if this has happened to you. Just in case, I have copied it below for you to use and indicate whether your child will join us on their allocated days.

To accommodate the additional pupils, our amazing Pod 5 have now relocated, until the end of the term, to the school hall. They have plenty of space; access to outside areas and a giant screen should they need to watch anything online. This is a lovely group of pupils, many of whom have been with us since the start. We have also been able to welcome some new additions as more critical workers return to work. I have taken a keen interest in the way this pod has developed over time as, even before the government announced they wanted schools to remain open for some pupils, I made it clear to my team this is something I wanted Whitehill to offer.

Also this week, Mrs Lanni has sent out the school reports to the parents of pupils in Year 3, 4 and 5. We sent the new style reports out digitally this year as we wouldn’t be seeing all pupils in one go and from the feedback I have received, I think they have been well received.

It’s been extremely hot but that hasn’t stopped the Year 6 pupils, who have been in since June 1st, working hard and producing some quality work based on a couple of the topics their teachers have adopted for this seven week period.

They had a French themed day early in the week and were joined by Madame Skinner via the medium of Google Meet for part of it. They also went outside and played some traditional games. The pupils were also invited to come to school wearing red, white and blue. Linked with their Egyptian work, there were mini sarcophaguses being constructed and I believe pupils were even experimenting with the mummification process but fortunately practised on tomatoes. As always in Year 6, there was some great artwork being completed as well as 3D models of river landscapes.

The hottest day, by far, was Thursday. It was for this reason I decided to give a Whitehill friend a call to see if he was free to pop up at lunchtime. He was, and as the pupils came outside onto the field having eaten their lunch, they were greeted with the site of an ice-cream van. As a thank you to the staff and pupils, I thought they all deserved a treat. I think they all enjoyed themselves, especially those who chose a blue ice lolly which immediately turned them all into smurfs! Sorry parents! It is the little things like this which makes all the difference and hopefully will make their days in school, days to remember.

Earlier in the week, Miss Gooderham and Mr Miley have been working with some of our Year 6 pupils as they competed in a virtual inter-school pentathlon. You may have seen via twitter that our team won. Well done to the pupils who took part; I believe certificates and medals are on their way.

After school from Monday, through to, and including Thursday, we have had transition tours for pupils currently in Year 2 at Highbury. Both Yellow and Green classes were split into twelve groups (in total) and on each of the four nights, myself, Mrs Beresford and Mrs McConnell Smith (with Miss McGurk stepping in on Thursday) showed the small groups around Whitehill which included an opportunity to meet their Year 3 teacher. It was lovely that Mr Wells, who will be moving to Whitehill in September, was able to join us to meet his future pupils.

The situation we currently find ourselves in because of coronavirus has meant that we have had to adapt and change certain practices. What defines Whitehill as a school is our ability to ask ‘why’ and challenge ourselves on a daily basis. We are also prepared to learn from feedback and then change what we do. These transition tours are one such example and we have already made the decision to do something similar next year. Even if the current restrictions are lifted, we won’t return to a single talk in the (very hot) hall on an evening in July but run these tours, perhaps with some Year 6 ambassadors, and complement them with the content which is currently being prepared for the specific transition section of the school website. If you did one of the tours this year and perhaps have experienced the previous method, I’d be interested to hear your thoughts.

As an aside, and in reference to our desire to shape our future, the school featured in a case study sent out across the county this week. It looks at lessons we can learn and how we use feedback to move forward and references the survey we carried out with parents a couple of weeks ago. I have posted it on the school website, if you are interested, in our letters section which you can access through this link.

One of the things I really enjoyed was having the opportunity, over the four nights, to get to know 20 of the 60 pupils by name. My other two senior leads have done the same and therefore every pupil joining us will have that immediate connection with a member of the leadership team, as well as their class teaching team. I also found out one or two interesting facts about the parents (but these secrets are safe with me!).

One question I was asked each evening was whether I thought the pupils would actually return in September in full classes. My answer actually changed over the course of the four nights as information came out from the Department for Education. At the moment, I do now think we will have all 240 pupils back in their classes, five days a week. What will have to change are the whole school events such as assemblies. I already have plans for how we can still have my favourite weekly Achievers’ Assembly through the medium of Google Meet. Of course, these plans could change again before September but we will be ready to respond accordingly and will let you know what will be happening in a timely manner.

This week, we took delivery of three sanitising stations courtesy of Izzy’s (Year 6) dad. A huge thank you to him and Benchmark for their generosity. They even arrived in Whitehill blue and look perfect positioned by the two main entrances and in the dining room.

Next week, I have several (more) online meetings where, in my head, I play various imaginary games such as Celebrity Squares. There are many benefits to online meetings, especially in terms of time saved not travelling but you do need the face to face interaction too. I hope in the future, we will have a combination of both as the format for the various committees and groups I belong to.

The classes joining us next week for their visits are Voyager (Year 5) and Mayan (Year 3). I look forward to seeing half of you on Monday and the second half from Wednesday.

Finally for this week, thank you to all who have sent in food parcels. We have had flapjack, banoffee pie, some chocolate cupcakes, brownies and some homemade scones with cream and jam. I can promise you they all go very quickly and are truly appreciated.

Reading this I am once again reminded of how happy we are to live in Hitchin and have our children attend Whitehill and Highbury. Thank you.

Well done everyone – a wonderful school!

Can’t wait to be back in September..