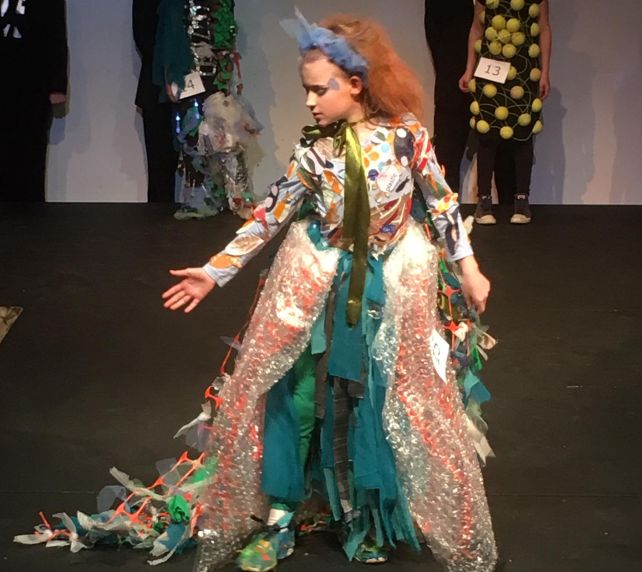 I left you last week heading off to Cannock for the start of a very busy and exciting weekend of school events and therefore this seems like an appropriate place to start this week’s blog.

For those of you who note every detail in my blogs, my wife’s car did start at the end of the day and we were able to take it to the garage so all was good on that front. It did mean however, that I arrived in Staffordshire too late to join the trampoline squad for their pre-competition meal.

On Saturday, we had two teams and three individuals competing on the national stage in this year’s finals. Once again, the pupils were amazing and produced some excellent routines during a long day. Our first competitors were the Girls’ U11 Intermediate Team of Izzy D, Nia and Lily. It was such a competitive category but the girls were brilliant and finished third overall. Lola (Year 6) and Monty (Year 4) were competing as individuals in their respective categories and both managed to finish sixth overall. After a break for lunch, Izzy W (Year 5) produced two brilliant routines to finish second in her competition and then the Boys’ Intermediate Team of Zack, Charlie and Max rose to the occasion (for the second year running) to finish as National Champions. Well done to all the pupils who qualified and competed so well. A huge thank you to the parents whose support means we can compete at this level and also to the staff, Mr Miley, Mr Lord and Miss Eaton, who give up their time to coach. I was able to just sit back, enjoy and appreciate amazing talent!

I did mention last week that I wouldn’t get to watch all the trampolining as I wanted to support the Recycled Fashion Show on Saturday evening at St Christopher’s School. I am so glad I did. I got there just as final preparations were being made for the main event and also in time to steal some of Jude’s (Year 6) packed lunch – you can’t beat cheese and Pringles! Our five entries were amazing on the catwalk and the staging was really effective. All five entries were selected to be exhibited in Letchworth over the course of the next few days and Lara’s costume won the overall prize for our age group. Well done to Lara and her team of Olly, Amelie and Dulcie (all Year 6).

I met up with Mrs Bailey and Miss McGurk at this event and as with me, it was Miss McGurk’s second event of the day. On Saturday morning, she was with Miss Creese and a group of Year 3 girls at a sports festival hosted by Kingshott School. The feedback was amazing and the photos kept me updated with the successes of the morning. The team won many of their matches in hockey, football and netball and once again, our army of parents were certainly the most vociferous!

All of these successes were celebrated in an extended Achievers’ Assembly this morning during which we also saw our County Dance group perform their routine from this year’s festival. I attended the festival on Wednesday evening and can honestly say our dance was as good as many of the secondary school dances. It was so well choreographed and another wonderful example of quality collaboration with Hitchin Girls’ School. It was a long day for our dancers and staff and I am pleased our Year 5s were able to go over to St Albans to watch the matinee. This event only happens every two years and we are already planning for the next one which will involve our current Year 3 and Year 4 pupils. I have no doubt they will have been inspired by watching the dance in assembly.

Other sporting events this week were netball matches against Samuel Lucas on Monday as well as a Year 3/4 Girls’ Football Tournament on the same day. The netballers won both of these matches and our footballers, many of whom had played on Saturday, finished as runners-up. On Tuesday we had a Gymnastics competition for lower school pupils and both our teams performed very well indeed.

The other awards celebrated in Achievers’ Assembly were Dillon’s (Year 4) rugby award and Edward B’s (Year 3) swimming certificate. We also presented a Headteacher’s Commendation to Lyla (Year 4) for her work to raise money for Cancer Research UK. You probably saw a report in this week’s Comet highlighting her success. The latest total she updated me with was a few pence short of £1300. Brilliant! 3TL won Class of the Week and Air regained the House Cup. Both our musicians this week played the piano and we had Eddie (Year 3) on the way in and Imogen (Year 5) on the way out.

As you can see, it has been an exceptionally busy week on the extra-curricular front. As part of their curriculum topic work, the Year 4 pupils enjoyed an Anglo Saxon workshop on Tuesday, led by our friend Cas from Hitchin Museum. I didn’t manage to get down to the hall to see the work but was slightly concerned as I walked through the dining room as they were packing away to see a Year 4 brandishing a sword in my direction!

The rest of my week has seen me engrossed in meetings. I was at a Local Authority update on Tuesday morning and then we hosted a primary / secondary transition working party on Tuesday afternoon. I was at the local Headteacher’s consortium group on Friday before returning to Whitehill to cover the office in Mrs Cook’s absence in the afternoon. Apologies if you tried to get through on the phone!

Looking ahead to next week (after a weekend off), one key event to note is the opening of this term’s parent consultation evenings’ booking system. You should have received a letter today, either by email or hard copy, giving you details and the system will go live at 9.00am on Tuesday 12th. If you have any problems, please do come in and ask.

Those of you visiting the school office from Monday will be able to meet our latest member of the admin team, Mrs Lanni. She has been employed as Mrs Threlfall’s replacement as she prepares to retire at the end of the term. We have arranged for four weeks’ handover time to ensure Mrs Lanni knows the ropes. I am sure you will join me in making her feel most welcome.

Other events to note are a Year 4 football festival which we are hosting on Wednesday afternoon on behalf of the district football association. We have a netball match away at St Andrew’s on Thursday evening as well as the much anticipated Girls’ Wix Cup Final at the same time. Fingers crossed and good luck to everyone representing the school this coming week.

Talking of football, I’m playing again this evening for Hertfordshire Headteachers and so it is probably a good job I have the weekend off so that I can recover. My wife is away on an HGS Residential trip with Year 7s and so I can enjoy the rugby and the football and generally do nothing. That being said, Mrs Mills did leave me a list of things she wants doing!