The Keeper of the Pritt Sticks!

The Keeper of the Pritt Sticks! 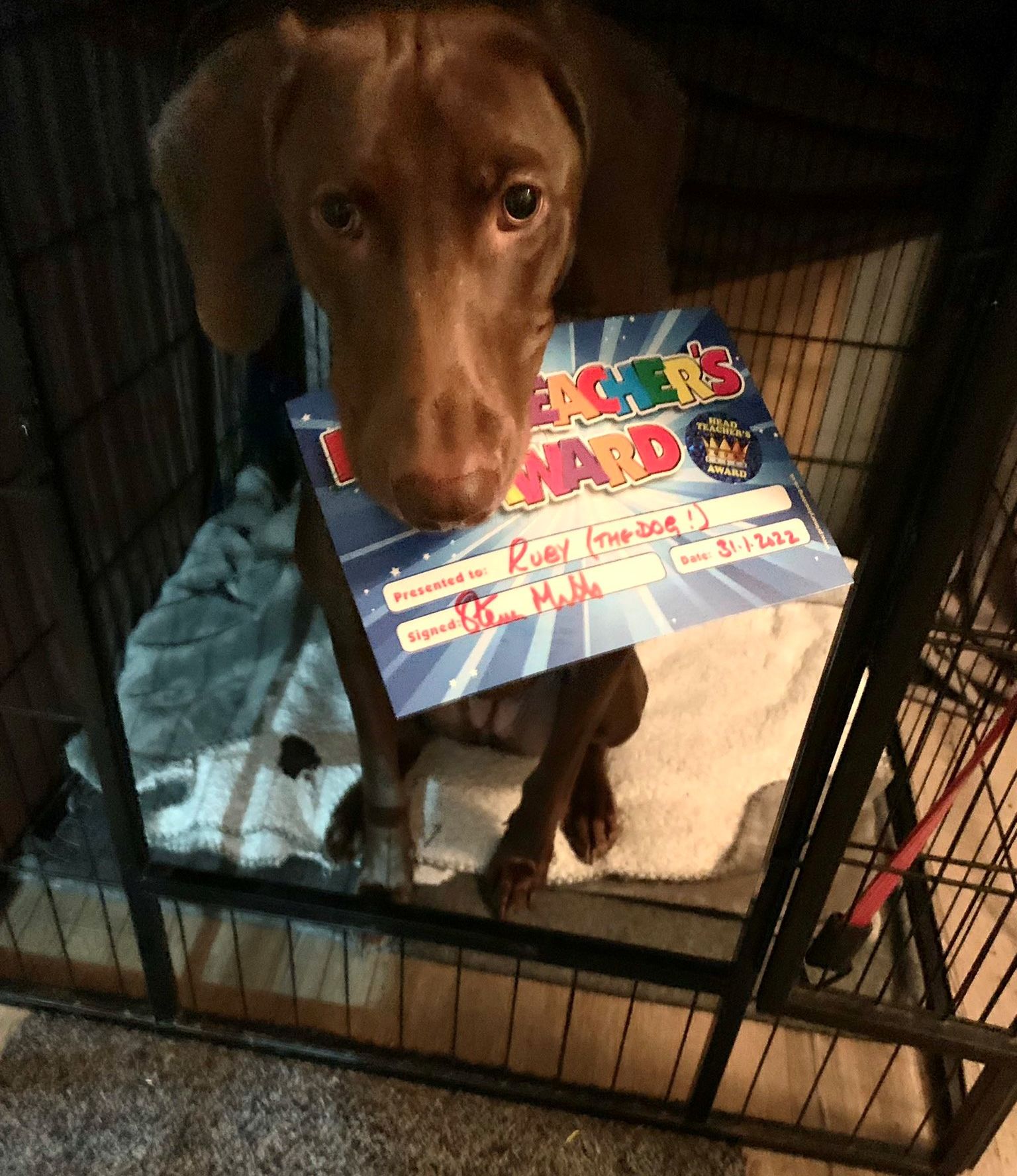 It might only feel like we have just returned after Christmas but we now only have one week before half term. The packed and exciting curriculum means there is never a dull moment and time certainly does fly.

I started this week with a chat to pupils in my Monday assembly about road safety. With recent changes to the Highway Code, it was the ideal opportunity to remind them of the need to be vigilant even if certain rules with regards to the right of way of pedestrians have changed in their favour. I mentioned the other week how, in the absence of Mr Waluk on the crossing, some cars seemed not to see our pupils waiting on the crossing.

Our Year 4s enjoyed an architectural workshop on Monday where they learned about strong shapes and strong structures. They were soon using their triangles and triangular-based pyramids to construct even bigger towers. When I visited both classes at different times of the day, their creations were being tested (to destruction in some cases) and all pupils can feel proud of what they achieved. I think I am right in saying the majority reached the hall ceiling.

I was back in Kahlo Class on Monday afternoon for my penultimate tech lesson making electric cars. We are definitely on the home straight now with many pupils putting the finishing touches to their models and beginning their evaluation. It would be wrong to single out individuals as all pupils have achieved success but Edward B, Ilias and Arthur have particularly impressed me. I have no doubt when I evaluate their work after next week’s final lesson, there will be a lot of positive comments. It has been a pleasure to work with this group of pupils on this project.

I spent much of Tuesday at my desk catching up on paperwork and in some cases actually getting ahead. A miracle in these current times. The highlight was having a piece (or two) of Mrs Burniston’s amazing fruitcake during the staff meeting after school.

We were interviewing on Wednesday for our new financial manager, as Mrs Cook prepares to leave and start the next chapter of her life at the end of May. I will write to all parents in due course in a little more detail but can, for now, confirm that her replacement has been appointed after a very thorough day. There will be a period of overlap which will ensure all of Mrs Cook’s amazing budgeting expertise (amongst everything else she does… the keeper of the Pritt Sticks, for example) can be shared.

Miss Gooderham, Miss Edwards and an army of parents headed over to St Mary’s School in Baldock at the end of Wednesday with three football teams. This week saw two girls’ teams and one boys’ team take part in friendlies. Despite Mr Bradshaw’s call for an improvement in (or even use of) VAR, I think all three teams had great fun and enjoyed their games. I know Miss Gooderham was worried initially about getting that many pupils to St Mary’s and so can I thank all of our parents who were able to offer lifts, on her behalf. Apparently her ‘transport’ spreadsheet was thing of beauty!

I attended Maths with Munchies again on Wednesday and was delighted to see the return of the cheesy balls! I spent time playing some maths games with Nate (Year 5) using a deck of cards. He beat me every time!

Thursday was a day of meetings for me, all linked with my work with the National Association of Headteachers. Fortunately, all three meetings were virtual which prevented a round trip of home to Cambridge to Hertford to St Albans and then back home. It also meant I could still do lunch duty!

The work is fascinating and all three meetings were informative and productive. I sit on the East of England Regional committee and this brought together headteachers and officials from schools beyond the county boundary. I was particularly interested to talk with colleagues about their current Covid management and how many cases they are currently having to deal with. As of today, I can report we currently have only three cases in the school (I hope these aren’t famous last words) and so I think we are doing very well. It is my intention, if we can and the data remain low, to begin to reintroduce whole school assemblies after half term, in order to bring our community back together again. Of course, it goes without saying that should we see a significant change in numbers we can revert to our current plan. I will keep you informed.

Across the week, I have had the pleasure of chatting with many pupils about the work they have been doing. Joshua L (Year 3) could feel very proud of his independent maths work and I was also very proud of his manners. Every morning he crosses Whitehill Road after Mr Waluk has halted the traffic and every morning, without fail, Joshua thanks him with such enthusiasm. Well done, Joshua.

Some of our Year 4 Lexia users have made excellent progress recently and all came to proudly show me their certificates of achievement. Bella (Year 4) came to show me her very impressive science work.

Another recipient of a Headteacher’s Award this week was Ruby (the dog). Having to join lessons remotely for a few days, Stanley (Year 3) participated in the English lesson being taught by Mr Wells and needed to produce freeze frames based on the book Grendel. Not wanting to do this alone, he made use of Ruby, his dog, and they were just wonderful! I think she could have a future in the movies.

Music for this week’s Achievers’ Assembly was provided by Ailsa, Mia and Jasmine (Year 6). Ailsa and Mia played solos and a duet on their violins. Jasmine played the piano for us.

Last Sunday, we had three trampoline teams take part in the Zonal Finals of this year’s competition. I am pleased to report that all three teams did very well and have all qualified for the National Finals which will take place in Macclesfield. We celebrated their success and presented them with certificates to go with the medals they received last weekend. Thank you to Mr Lord and Miss Edwards for working with our bouncers!

We also shared the success of many pupils with their individual times tables progress and I could see on my screen, as well as with pupils in the hall, so many certificates.

The winners of the House Cup were Earth House and Apollo won Class of the Week. Our wandering Wombles are also heading up the stairs to Apollo this week as they maintained a consistently tidy classroom making Mr and Mrs Waluk’s job so much easier. There aren’t many times a class does ‘the double’!

Tomorrow, we have 12 pupils taking part in the Hertfordshire Cross Country championships and of course we wish all of our Year 5 and Year 6 runners all the very best. I am also very grateful to Mrs Small for giving up part of her weekend to accompany the teams.

Looking ahead to next week, we are celebrating Feeling Good Week. Each day, as well as their usual lessons, some time will be given over to an activity related to one of the five ways to wellbeing. My treat for the staff is to cancel the staff meeting on Tuesday! Our Wellbeing Warriors joined Miss McGurk for her assembly on Wednesday to promote it.

We have a couple of sports fixtures next week with two more football. There is Japanese lesson taking place in Year 4, whilst I am joining Kahlo Class for technology.

I should have been playing football this evening for Herts Heads but have reported in sick with a bad back. It’s my age, I’m sure!

Anyway, that is it from me for another week. Have a lovely weekend… I wonder if I can pick up another bargain theatre ticket?